15 Best IO Games of All Time

Back in the glory days of Zapak and Miniclip, online games were all the rage. These simple, flash-based games might not have boasted of stellar graphics or compelling plots, but they were addictive. Hour after hour would pass effortlessly as the engrossing worlds of these tiny games captivated us to no end.

While online gaming sites are still very much relevant, IO games are the new big thing here. IO can be the country-code top-level domain for the British Indian Ocean territory, and it can also stand for input-output. These are massively multiplayer online (MMO) games where players are pitted against each other to win gunfights, fight zombies, and even grow snakes to enormous sizes. Some deal with space and animals. Here is the list top IO games ever that can be played online. 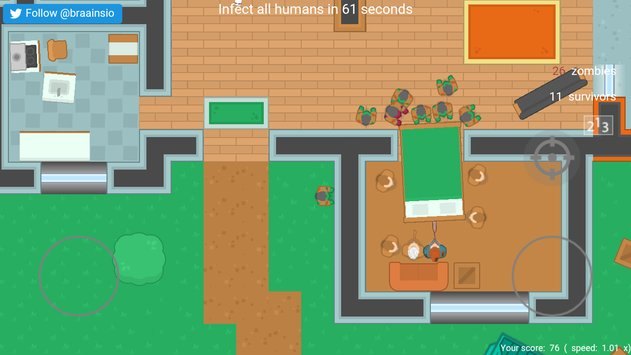 Players start off normally enough as humans, but can end up as flesh-eating zombies immediately if they wish. They can even turn other humans into zombies too, much like how we typically imagine them. The two-sided nature of this game makes this a fun survival game that you can play for hours. As a human, your job would be to survive for as long as possible, collect objects to barricade yourself inside houses to stop the zombies from coming in, and escape their attacks. As zombies, your job is much more delicious and simpler, just eat those humans! 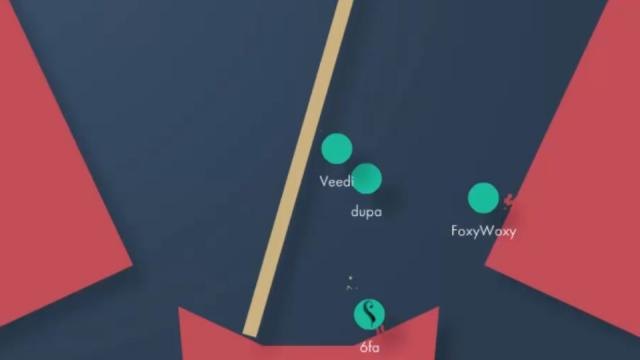 Battle royale games have a whole other meaning nowadays, with the advent of PUBG and Fortnite, among others. However, ‘Bonk.io’ takes the formula at its simplest and arguably its most effective. Players play as circles shaped according to how they see it, and fight with others for dominance in the arena. There are countless maps, developed by both the developers and players from all over the world. The arena keeps changing too, making it more fun and challenging to keep up with the game. 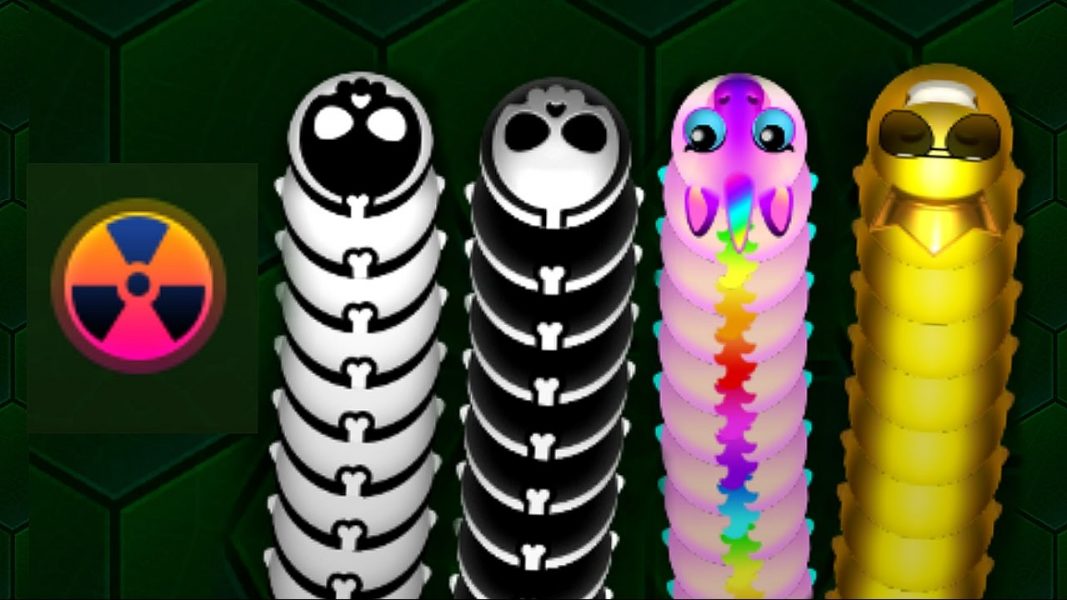 ‘Wormax.io’ was launched as a special remake of the classic ‘Snake’, where thousands of players compete against each other and grow their worms to ginormous proportions. Players will find several boosts that will help them get better at enlarging their worms, such as magnets and telescopes. The environments are dynamic, and quite vibrant, making it stand out among the IO games with ease. 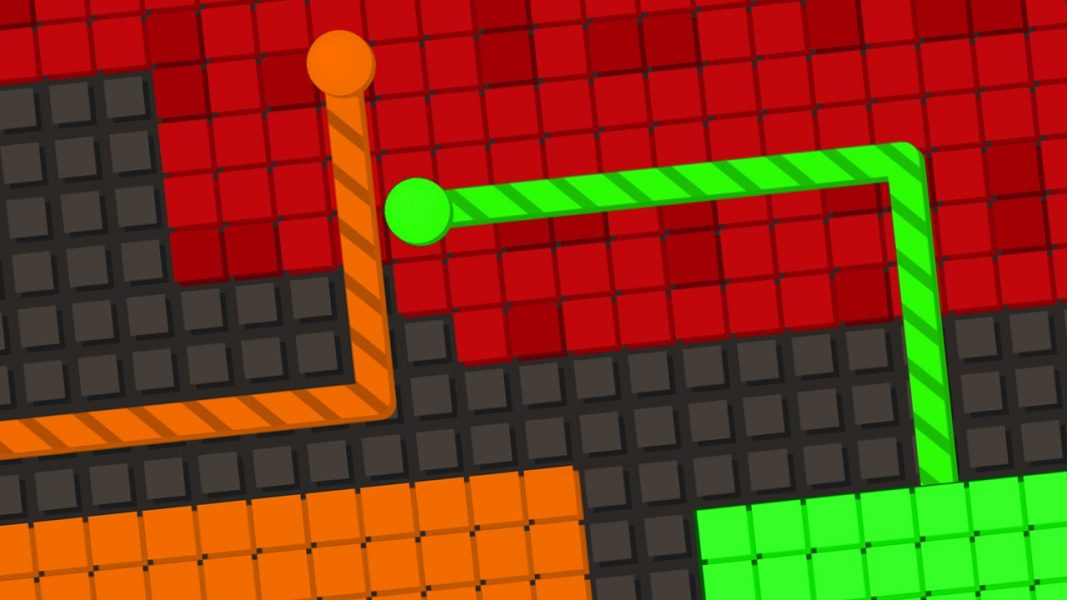 While ‘Splix.io’ may seem quite similar to other IO games centred around the bona fide classic ‘Snake’ that captured our imaginations so many years ago, it has a novel premise that twists the game beautifully. Players do have to enlarge their snakes just like the game suggests. However, they would have to guide it to the coloured area in the arena to enlarge it. This requires a whole other skillset and does away with how games like these are normally played, making it all the more fun. 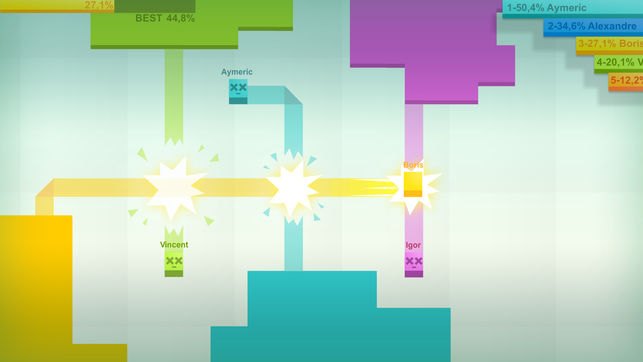 ‘Paper.io’ is an IO game unlike any other, offering something thoroughly unique to players as well as displaying the sheer range of IO games. It is a minimalist and charming take on territory domination. Players start off with a tiny box, with another moving box in their control. Timing is crucial, as players will be able to add to their territory only by connecting the moving box with the stationery block through drawing a line. They cannot touch preexisting lines but can eliminate their opponents as they are forming their lines. It is a different game that deserves to be played by as many people as possible. 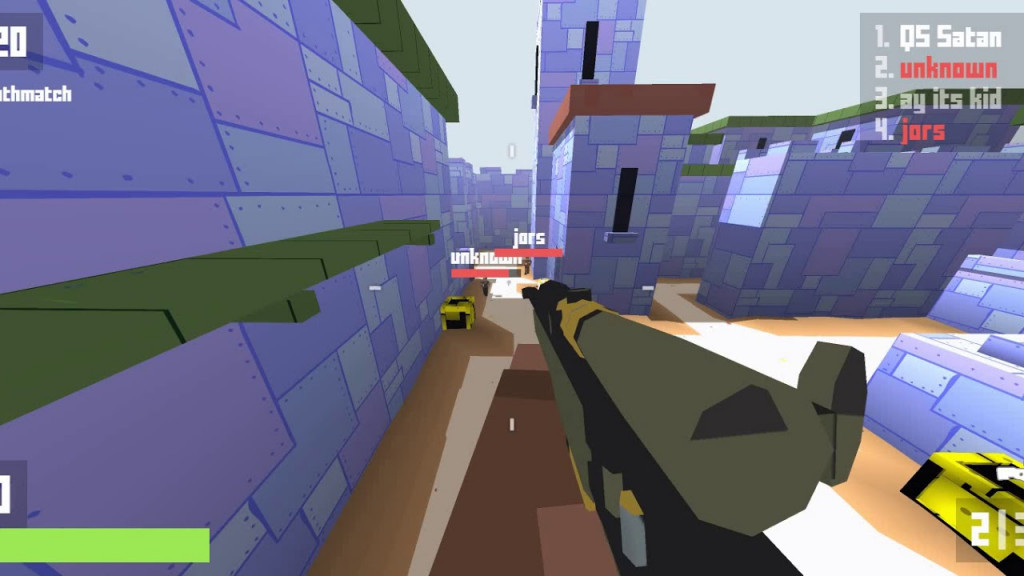 Fans of first-person shooters (FPS) such as ‘Call of Duty’ and ‘Battlefield’ can rejoice! ‘Krunker.io’ is a FPS that utilises a cartoonish aesthetic. This is quite recent, and is still in development but perfectly playable. It goes to show how far IO games have come along, with sound shooting mechanics and action gameplay. The game’s deployment of strategy in the heat of battle is on point, and players can even spray paint on walls and their enemies! 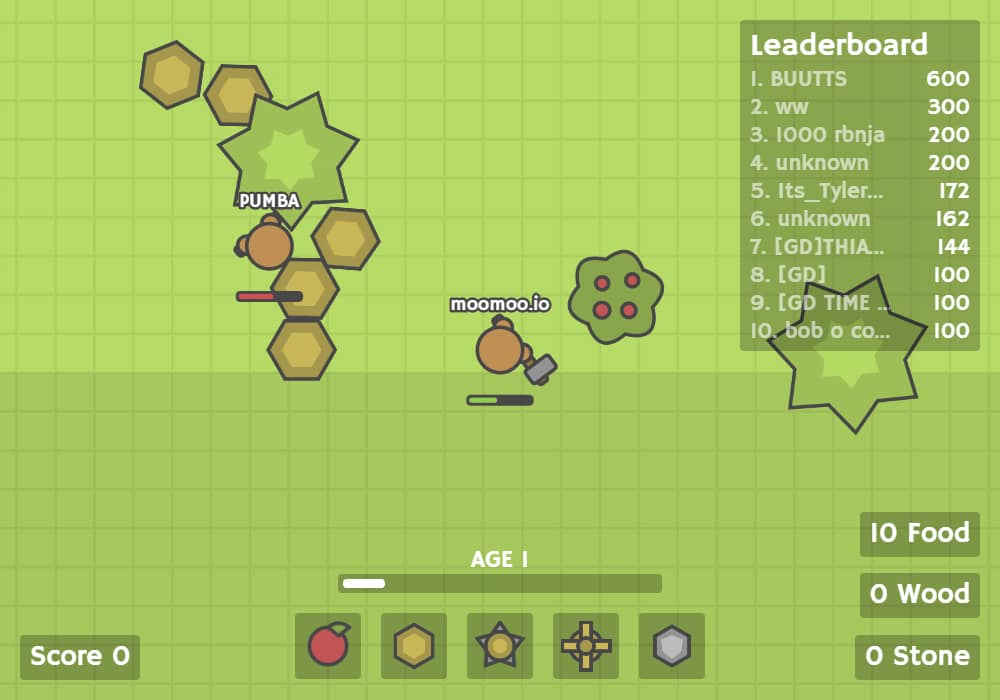 ‘MooMoo.io’ is a wonderfully engaging game on gathering resources and building a village. Players can hit trees to collect wood, and rocks to gather stones for construction purposes. Walls can be built along with windmills, with the former giving some much needed protection to your resources, and the latter providing you with points in time. There are fruit bushes you can hit as well, to collect nourishment. The goal isn’t too different from many other IO games, where you have to level up and implement upgrades, but the methodology is what sets this game apart. 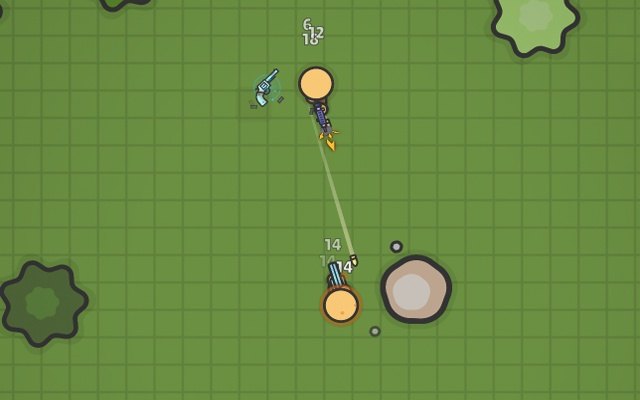 With battle royale games all the rage now, it is no wonder that IO games are incorporating the same mechanics too. With the recently released ‘ZombsRoyale.io’, things have been taken to a whole new peak. The delightful online shooter borrows liberally from PUBG and Fortnite, with poisonous gas steadily limiting the playable area, and an emphasis on collecting supplies. The animated aesthetic makes it very approachable, while also demanding agility and decisiveness from players aplenty. 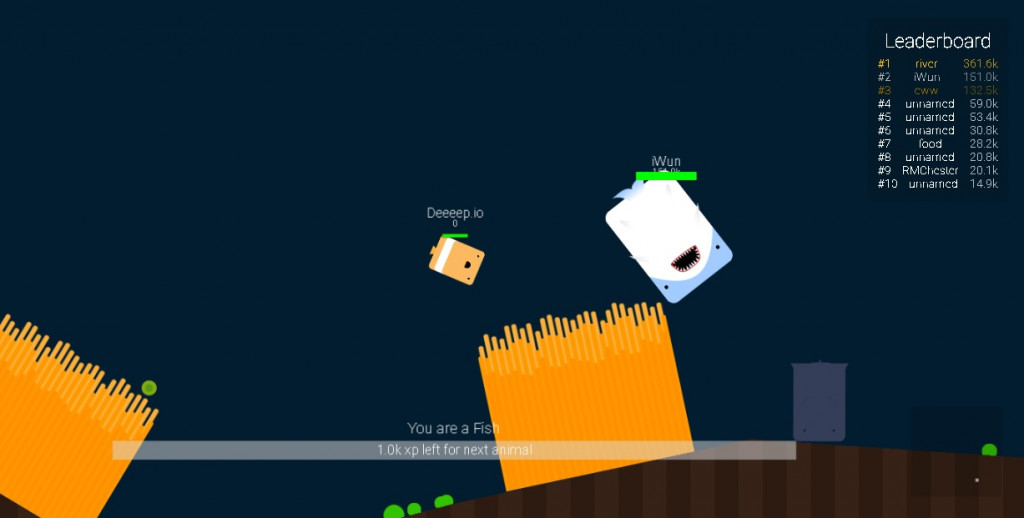 ‘Deeeep.io’ (yes, with four Es to emphasise the depth of the sea it is played in) is a truly unique game that is capable of standing out in any list. In the limitless sea, players start off as fishes looking for things to eat and then evolve into stronger creatures with time. However, it isn’t a tranquil affair at all. For where there’s prey, there are also predators. Faster and larger than you. The goal of the game is to have as much food as possible while staying alive, with escape options galore. It is a heart-pumping ride at its core, and one that everyone should give a try. 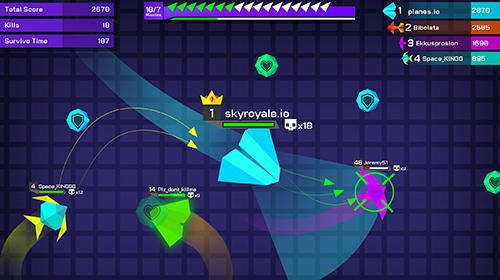 ‘SKyRoyale’ is a battle royale unlike any other, since it takes place in the skies. Players control highly manoeuvrable airplanes as they attack enemy aircrafts while performing smooth moves to dodge incoming fire. The game presents some of the most exhilarating gameplay in IO games, and even ups the ante with its stealth mechanic. Players can use this selectively to become invisible for a short time and attack opponents with reckless abandon while not fearing attack on themselves. 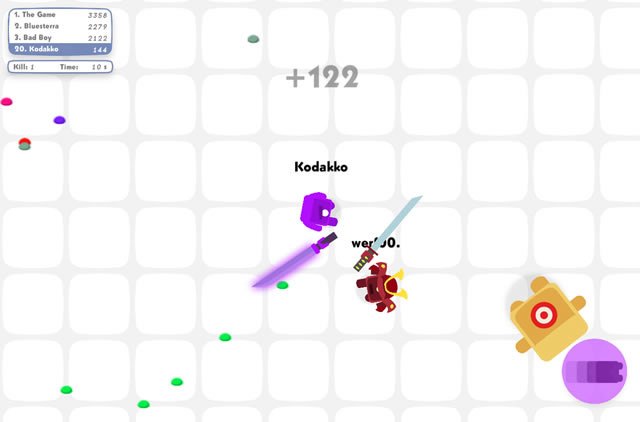 ‘Goons’ is a surprisingly detailed multiplayer game with the most fun you can have fighting other players. The game lets us choose our character skin before letting us loose in the arena. There is a wide variety of weapons available, from longswords, to maces and even axes, that go with each of the different characters. Fighting mechanics are a blast, with one hit determining the fate of all the players. The coloured jellies that boost our score and weapon length along with the dash ability that propels us at a faster speed are great additions to this wonderful gem. 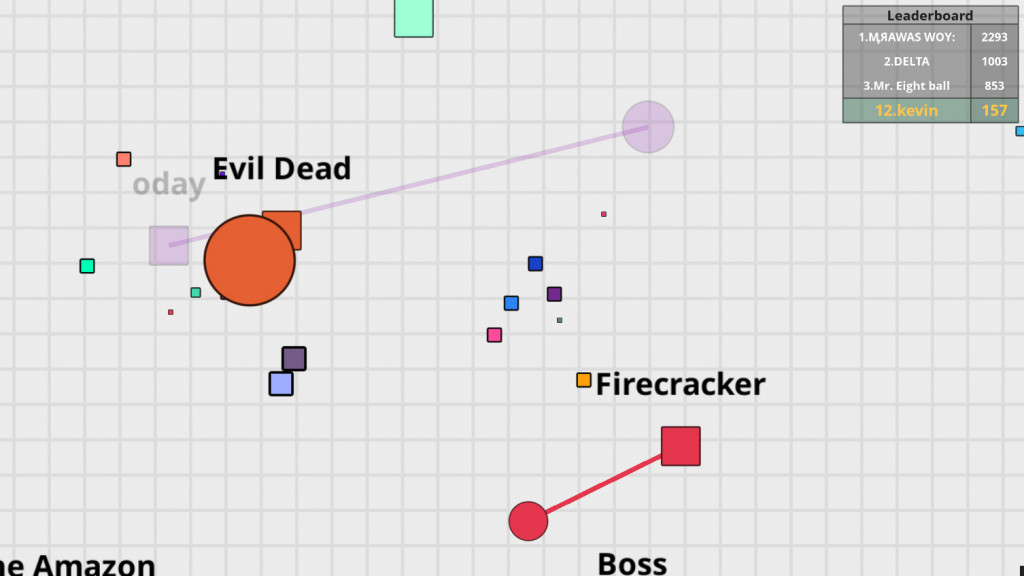 ‘Twix’ is a superb twist on a classic IO game (which will be mentioned quite soon) but makes the premise all its own, in its own quirky way. Players control a ball that rotates around an axis from a square as they try to smash the other players’ circles in the arena. There are also gems scattered throughout the arena that have to be collected to increase the size of the ball. The game encourages players to think about their movements as they try to literally the biggest player in the playground. 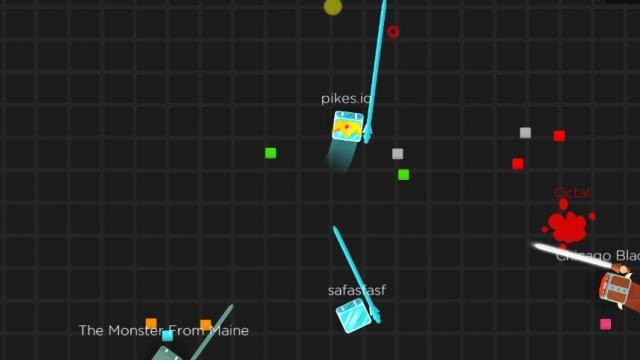 ‘Bigger isn’t better’ is quite a wise piece of advice, and something to remember at all times. Except when you are playing ‘Pikes’ otherwise you’ll meet a sticky end soon enough. The delightful game puts us in the shoes of adorable square-shaped knights with tiny pikes at the start, who need to collect coloured squares to grow their weapon. Only then can they defeat their enemies with ease, slashing them throughout the arena. 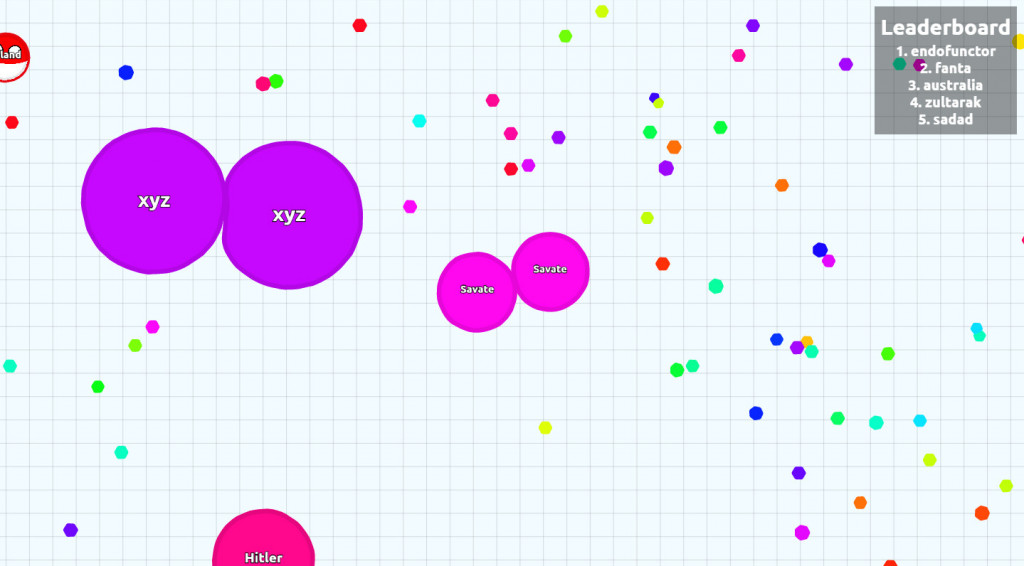 One of the most popular IO games of all time, ‘Agar’ has also been quite influential on many games of the genre, including the aforementioned ‘Twix’ among others. The rules of this addictive MMO game are simple, we have to eat up targets smaller than us to evolve and grow bigger, and we need to give larger objects room otherwise it’ll be game over. ‘Agar.io’ was one of the earliest IO games and still continues to dominate the market. 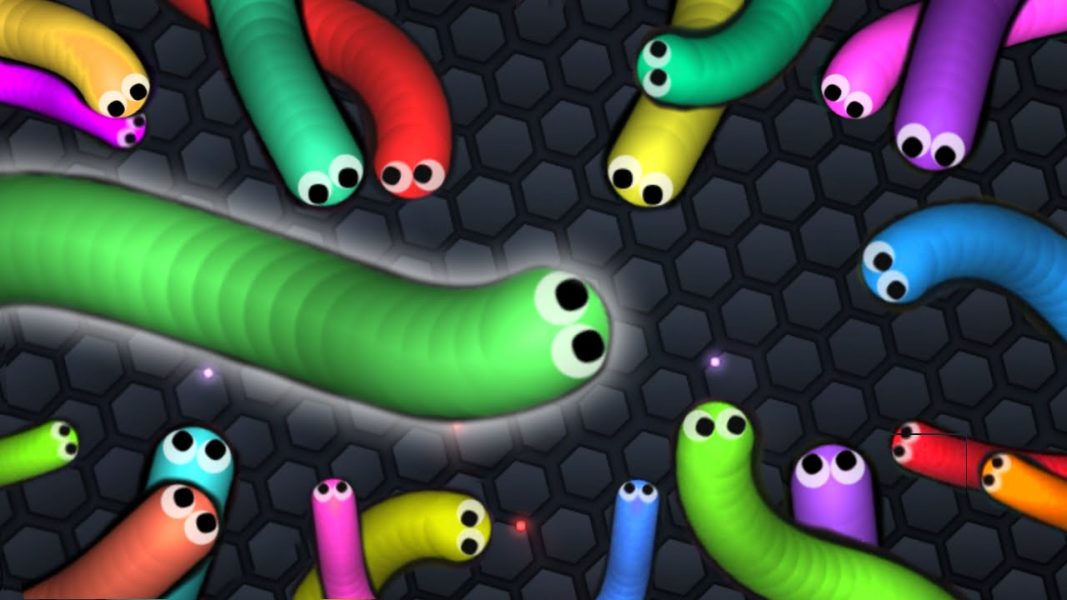 The most popular IO game of all time bar none, ‘Slither’ paved the way for its more recent counterparts to have a space in gaming all to their own. While games such as the excellent ‘Wormax’ have been influenced by it, ‘Slither’ remains the definitive twist on the ‘Snake’ we all grew up with and loved. There are small pellets to consume and grow larger, and other players who get in your way to impede your seemingly relentless growth, and while many elements would now come across as a bit hackneyed, we should remember that were it not for ‘Slither’, we wouldn’t have seen such a meteoric rise in IO games in the first place.