When it comes to music, food, beauty, and cinema, everyone turns their heads towards the direction of Italy! The country is so rich with cultural and culinary treasures, and Italian cinema has its iconic stature in the history of world cinema. Now, Netflix is all set to collect all the gems of Italian cinema and the online streaming platforms movie catalog features some of the best movies from Italy.

Netflix is keen to keep a balance between the classic movies from the Italian masters and the latest entrants including genre-benders. If you are scrolling through the long catalog for picking up an Italian phrase, to enjoy the scenic beauty of Italian landscapes, to have a glimpse at the Italian rural life, or to immerse yourself in the world of cinematic universe, here is a list of really good Italian movies on Netflix that you can stream right now. The list includes Italian mafia movies, Italian romance movies and Italian action drama films. 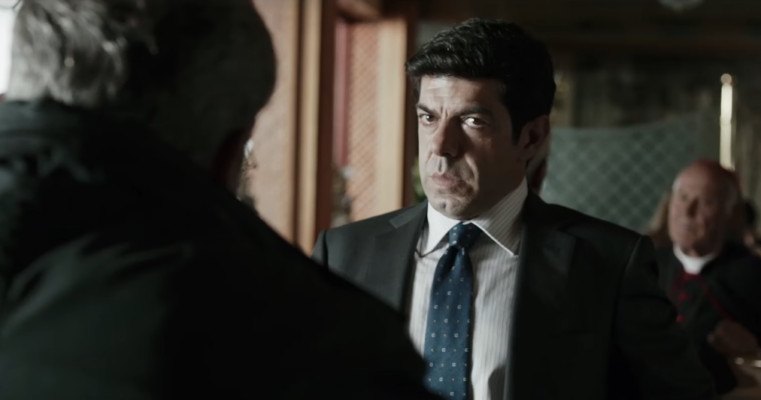 ‘Suburra’ is both neighborhood of Rome and the central character in the Italian crime thriller ‘Suburra.’ Stefano Sollima’s 2015 movie is based on the popular Netflix show of the same name. But, the movie differentiates itself from the series and evolves as a well-made crime drama on it’s on rights. The story is centered on Suburra, area marked for an ambitious real estate project. But, in Rome, things streamlined by a well-organized network of political power, wealth, violence, and religion. Intense characterization and brilliantly choreographed action sequences give us a compact action thriller experience. 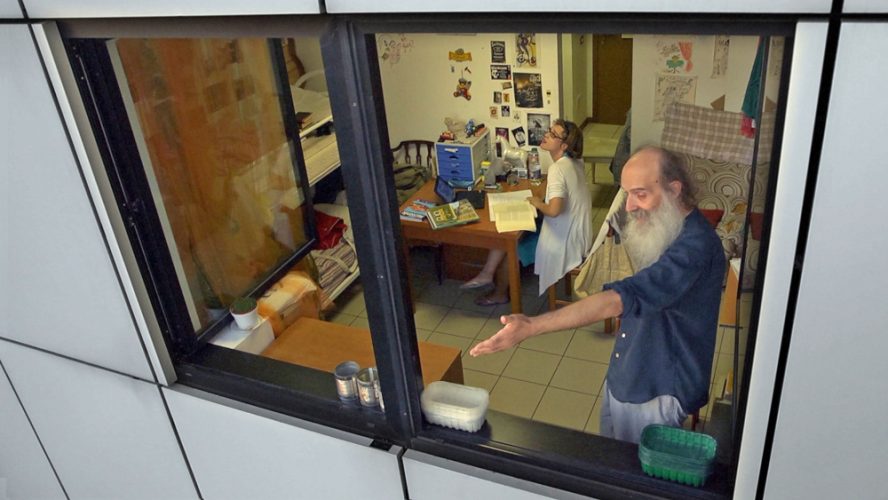 Even though won the Golden Lion at the 70th Venice International Film Festival, and earned the name of the first documentary film to win the award, ‘Sacro GRA‘ is more feature film than a typical documentary, The movie documents, with a keen eye, director Gianfranco Rosi’s trajectory on a minivan along Rome’s giant ring road, the Grande Raccordo Anulare, aka GRA. Rosi took over two years in his minivan to explore the invisible life hidden in between the collective chaos of Rome’s thickly populated area. His camera captures elusive faces and unexpected disappearances in a flash of a second. The unpredictability of infinite futures for the next moment to come is the poetic charm of the movie. 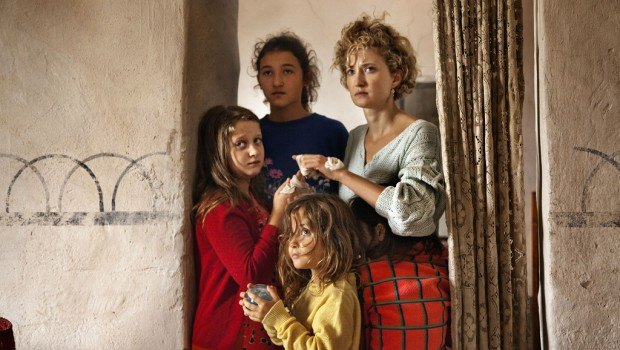 Director Avi Nesher’s ‘The Wonders’ is a genre-bender evoking diverse moods and emotions. The movie is a mystery, comedy, psychological thriller, and romance at the same time. ‘The Wonders’ tells the weird life of Gelsomina, a twelve-year-old girl who rules the family of three little sisters. For the younger ones, Gelsomina is the personification of a dictator. They sleep, work and play under her keen gaze. She has also written down a set of familial rules to keep the order. Moreover, family members are not supposed to reveal their secret life in the external world. They get into various disguises to stay away from all the possible encounters with the world outside. ‘The Wonders’ keep the viewers engaged and intrigues until the end with some stunning performances and strange setting. 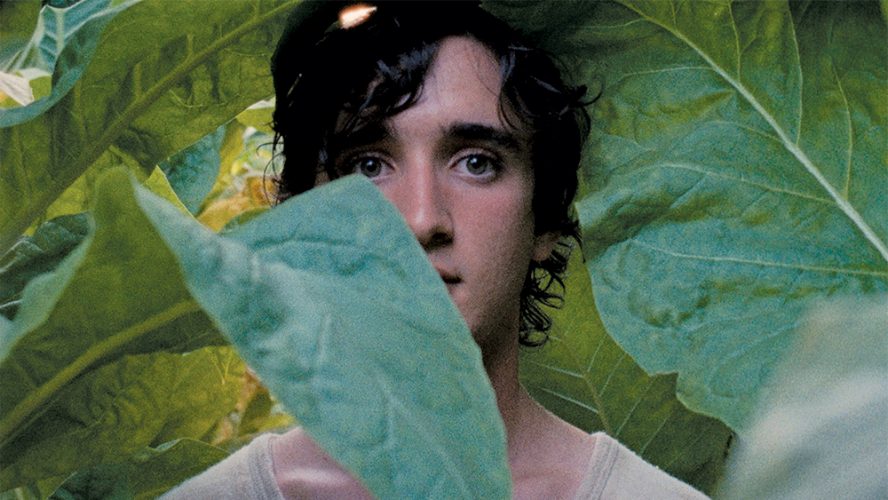 ‘Happy as Lazzaro’ is a hilarious and engaging tale of two friends in the backdrop of a serene Italian pastoral village.
Lazzaro is considered as a simpleton farmer by the villagers and he lives a mundane life. But, Lazzaro looks apt as the partner in crime for the overtly imaginative freak of the village, Tancredi. The formed an unusual allegiance to orchestrate Tancredi’s own kidnap! They had to wrap their plan from Marchesa Alfonsina de Luna, the queen of cigarettes who rule the village and other nosy villagers. When Tancredi manages his own kidnap and vanishes into the faraway city, Lazzaro sets out in search of his loyal friend, as per the plan of course! ‘Happy as Lazzaro‘ is a well-made drama with some unforgettable moments of laughter. 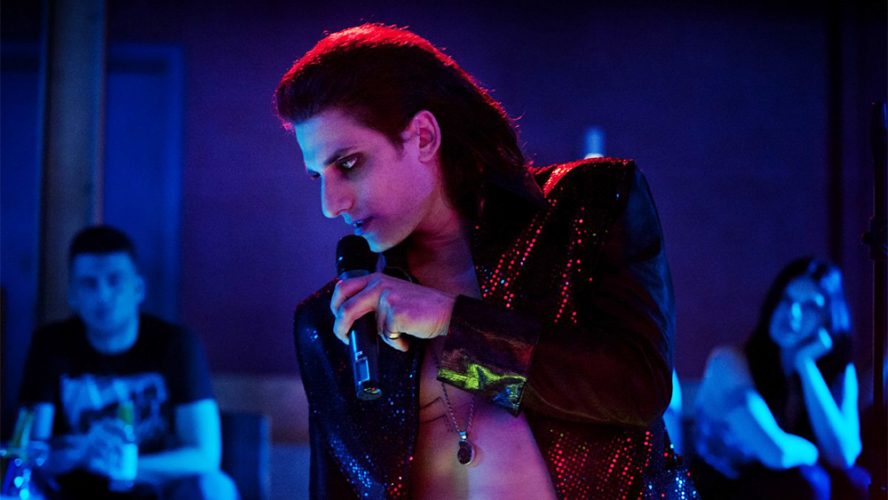 When Enzo Ceccotti, a lonely young man with anti-social intentions, falls into the Tiber river, he comes into contact with a radioactive substance. The contact leaves unusual supernatural powers within him. The introvert in Enzo slowly evolves into a full-fledged criminal with amazing powers on his call. But, meeting Alessia changes his devastating course towards a superhuman life. Alessia convinces him about the philanthropic responsibilities of a superhero with the help of the Japanese comic strip, Steel Jeeg Robot. ‘They Call Me Jeeg‘ chronicles Enso’s transformation and offers a decently packed coming-of-age movie. 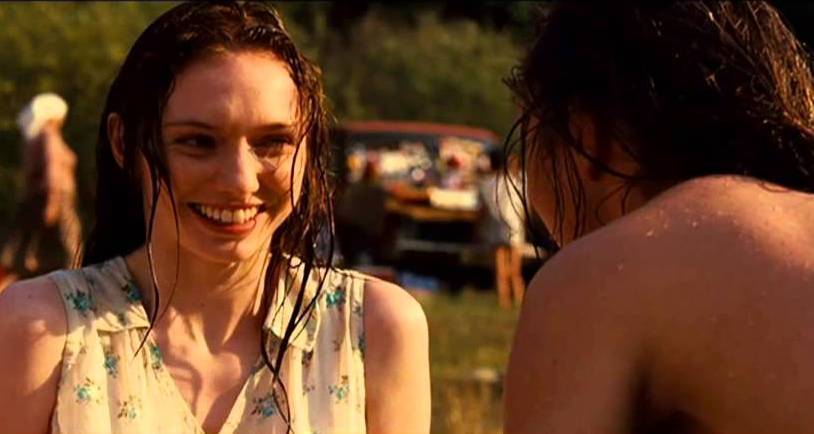 Directed by Gabriele Salvatores, ‘Siberian Education’ is an action-packed drama based on writer Nicolai Lilin’s autobiographic novel of the same name. The movie is set in a god-forgotten corner of the Soviet Union. The area is ruled by the criminal gang ‘honest criminal.’ The plot centers on a gang of children including Kolyma and Gagarin, who gradually part ways and take opposite sides in a conflict surrounding the strict code of ‘honest criminal’ brotherhood. The community rejects the world outside and ends up in the mouth of drug cartels with its members are captured and scattered. ‘Siberian Education’ is a power-packed crime drama with a glimpse at the chaotic social order prevailed in the faraway soviets. 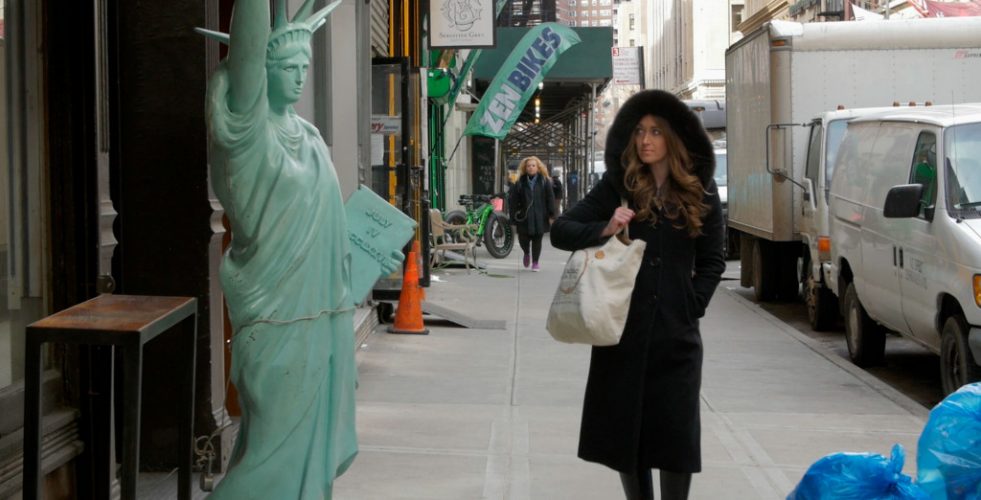 The curious documentary feature ‘Coffee For All’ chronicles the cultural tradition of coffee making. The camera travels from Naples to Buenos Aires to New York and documents people’s reactions about the Neapolitan tradition of suspended coffee and how it becomes a social ritual for them. Many people accept the tradition changed their lives forever. The feature explores the origins of the historic tradition of Naples, called suspended coffee. The movie shows the details of the simple chore of buying two coffees when you go to a cafe. The extra coffee remains unconsumed and waits for anyone who can’t afford it. Even though the tradition was on the verge of extinction, a group of cafés in Naples is starting up again, spreading the message of mutual love, says the movie. 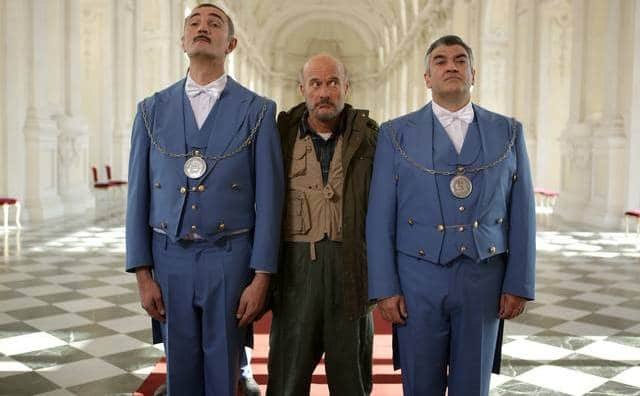 Ever since its release in 2013, ‘Welcome, Mr. President!’ has been enjoying a considerable fan following. The movie is considered as one of the best Italian comedies of the decade. A dedicated librarian in a distant village sees his mundane life catapulted when the fact that he shares his name with the Italian unification hero, ‘Giuseppe Garibaldi.’ The surprises and absurdity don’t end there as he is elected as the President of the country by mistake! A coincidence of political games and a deluge of write-in votes land him in the highest position of the country. The movie accelerates when the wrong man starts ruling a country towards the right direction and the viewers have a visual treat of rolling on the floor comedic scenes. 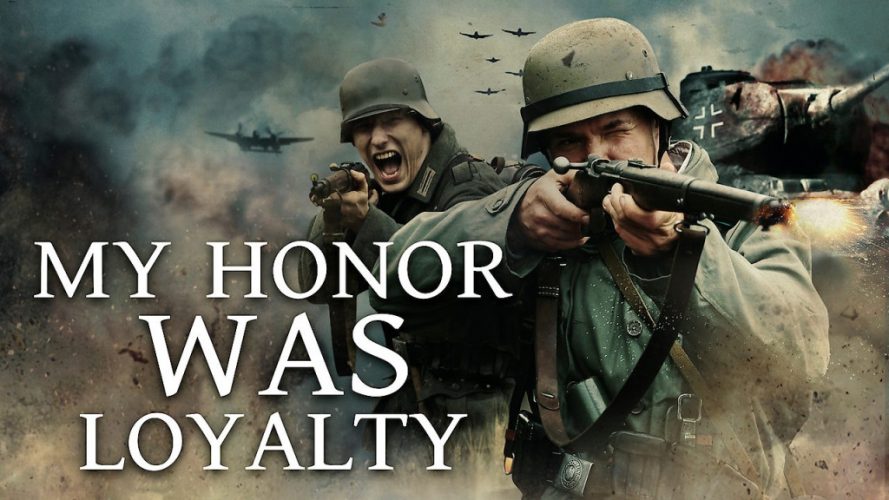 ‘My Honor Was Loyalty’ is the story of Untersharführer Ludwig Herckel, a loyalist soldier of 1st SS Panzer Division. The movie follows a series of events in the backdrop of World War 2 that led to the disillusionment of Ludwig. when witnessing the brutal murder of a Jewish woman, who is the wife of a soldier from his village, Ludwig wakes up into the hellish realities of the Nazi regime. He goes through the fall of the Third Reich, scattering of German army groups, the death of comrades in arms, and unforgettable cruel acts of war crimes on the Western front. will face his greatest battle yet when he discovers the truth about the Nazi regime. By the end of the movie, Ludwig realizes the greatest of all battles is the battle within one’s conscience. 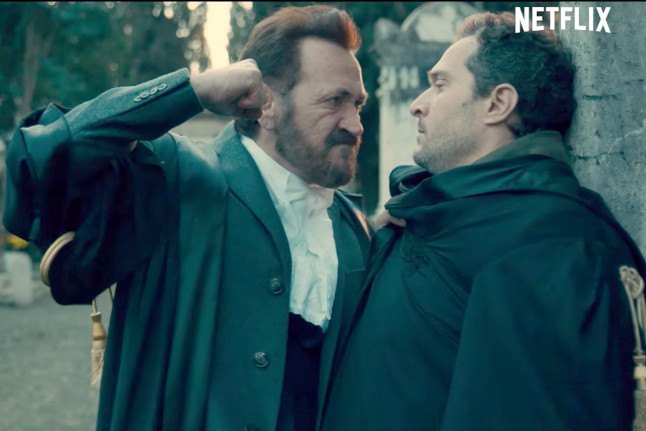 ‘Forgive Us Our Debts’ is a drama centers on Guido, a storekeeper with the burden of many debts on his shoulders. When he is fired from his job as a storekeeper, things take a wrong turn for Guido. To save himself from the aggressive creditors he agrees to work for them. Guido joins as a tax collector on the condition that he will work for free until the debts are paid. A chance encounter with the credit recovery expert, Franco changed Guido’s life forever. Soon, a balanced allegiance is formed between the two with Guido suffers the unexpected aftermaths for his partnership with the devil. 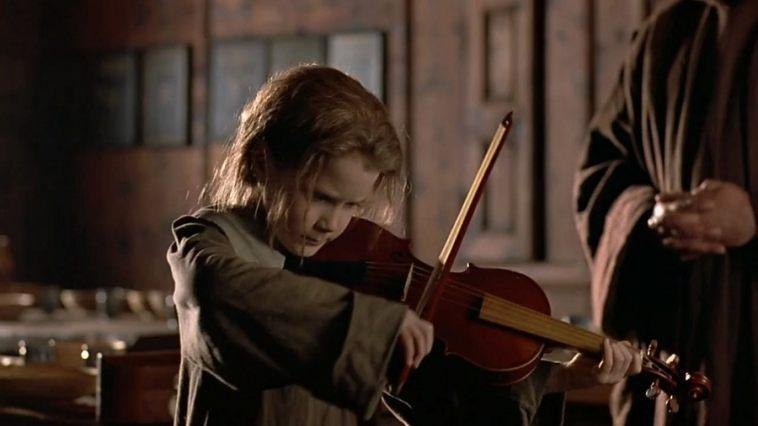 ‘The Red Violin‘ chronicles the 300 years journey of a one of the most mysterious musical instrument in the history of music. The legend goes like the Italian master Bussotti mixed human blood with a violin he made in 1681 and it becomes famous as ‘The Red Violin.’ The legend of red violin derives its unusual color from the human blood crossed borders and reached places. The violin travels to Austria, England, China, and Canada, spreading beauty and tragedy as it passes over continents and through lives over the span of three centuries. The movie follows the imaginary route map of the red violin through five languages, in five countries, over a period of six months. Beginning in Canada in February 1997, the journey concludes in Montreal before moving to the editing room. 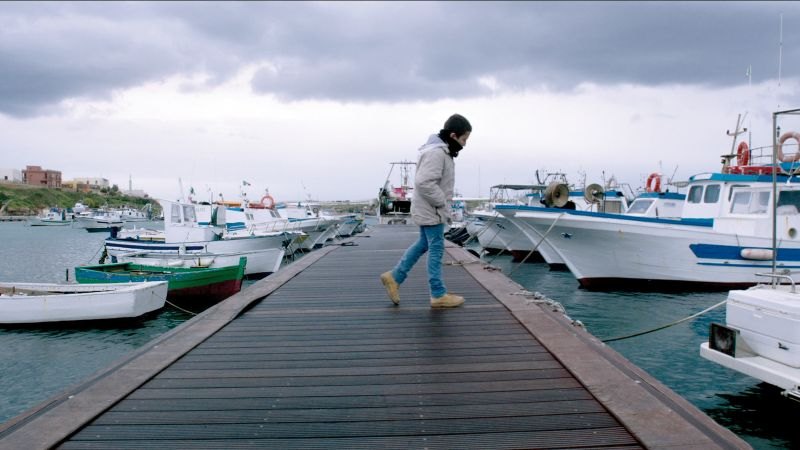 Gianfranco Rosi’s intense and deeply moving migrant saga chronicles life in the Mediterranean island of Lampedusa. The island is the theater of one of the deadliest human crises in our times, the illegal migration to Europe through the Mediterranean. Lampedusa is the first port of call for hundreds of thousands of refugees hailing from Africa and the Middle East in the dream of a new life in Europe.

‘Fire at Sea‘ earned critical acclaim as a masterpiece and a bold statement underline the value of humanity. Rosi shot the footage for the movie after spending months on the island and mingling with inhabitants. Rosi documents the history, culture and daily chores of the people on the island with an eye for the details. Through the eyes of the 12-year-old Samuele, he explores the island and the new wave of human migration through its coasts. 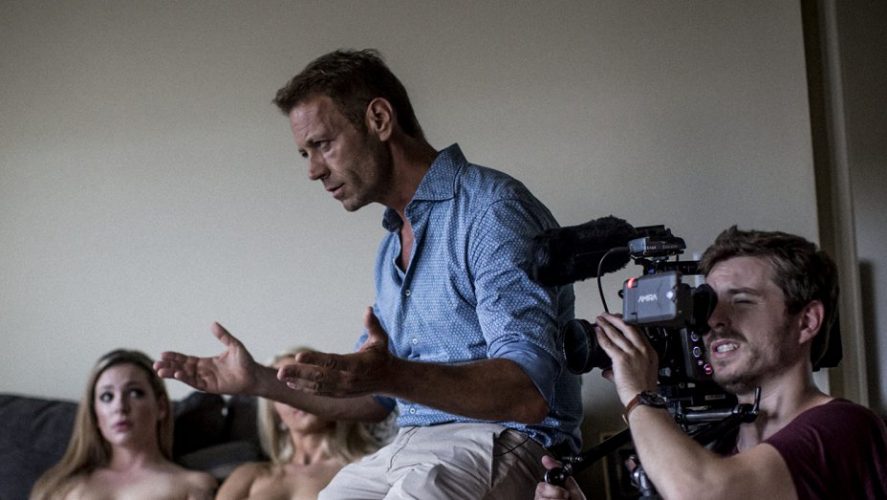 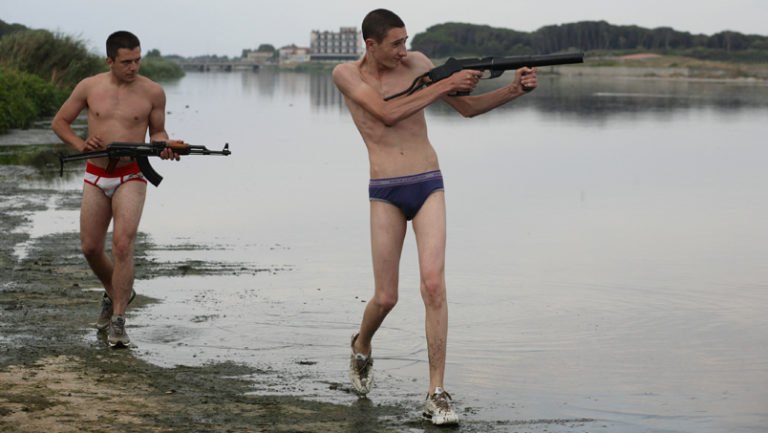 Matteo Garrone’s intense crime drama ‘Gomorrah’ has become a cult hit in the indie film circuit. The movie is based on the book by Roberto Saviano, who also wrote the screenplay. ‘Gomorrah’ follows the notorious crime syndicate ‘Casalesi clan,’ which has spread its tentacles into all the facets of the social life in Naples, Italy. The protagonists in the movie are a pair of wannabe gangsters who idolize heroes in the Hollywood gangster flicks.

Brian de Palma’s ‘Scarface‘ is their bible and the protagonist their god almighty. They want to become the become the local bosses themselves one day and reign the area according to their rule book. The most of the action unfolds in and around the dilapidated housing buildings of Scampìa in Naples. The plot thickens when a naive delivery boy who wants to make it big in the killing business and a seasoned criminal who has a secret plan to dump toxic waste in the neighborhood come together. Ever since its release, Gomorrah has earned an international reputation of being one of the densely packed and authentic crime dramas in the last decade. 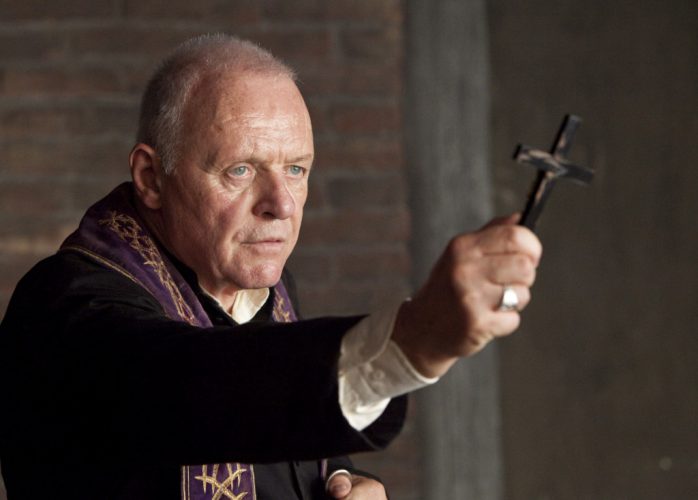 The supernatural thriller ‘The Rite’ is based on Matt Baglio’s book ‘The Rite: The Making of a Modern Exorcist.’ The movie follows a seminary student named Michael Kovak into the Vatican. He reluctantly enrols in an exorcism school. But, an accidental meeting with an unorthodox priest plunged him headfirst into the dark underworld of faith. ‘The Rite’ is a terrifying journey into the devil’s abode even in one of the holiest places. Even though the movie received mixed reviews, it provides the ardant horror genre fans with a satisfying cinematic experience by blending drama with horror.