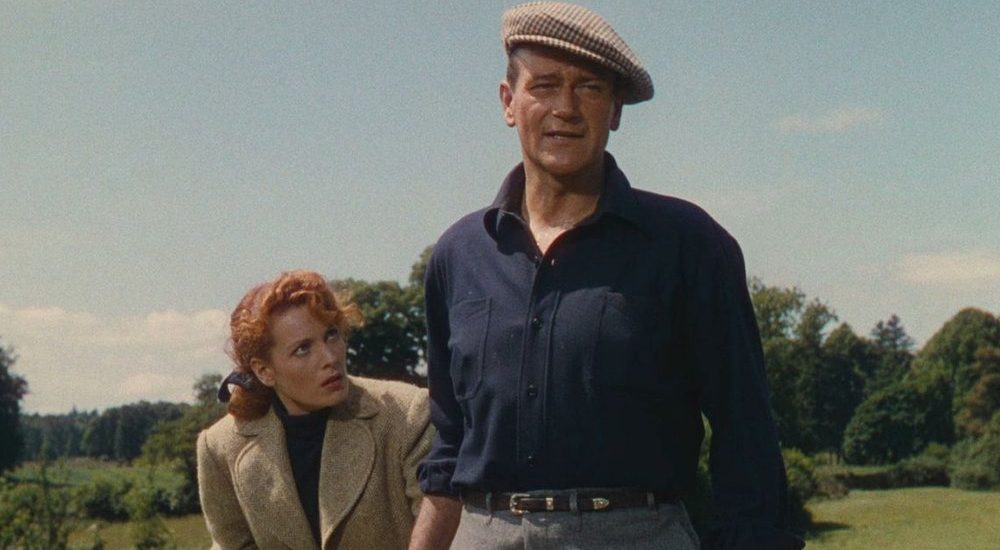 “My name is John Ford, I make westerns” he said at one of the most infamous meetings of the Directors Guild of America. Humbly, but always with undeniable force, Ford defended his friends William Wyler and Billy Wilder, whose patriotism was under attack by Cecil B. Demille, a director Ford did not like, but who wielded great power within the Guild. By the end of the night, Demille was a broken man, Fords speech ruining him.

John Ford, above all things was an American. A patriot, a decorated war hero which he held in greater esteem than any of his Academy Awards for Best Director. Best known for his Westerns, not one of his four Academy Awards came for directing from that genre.

His films explored American history and Irish heritage, often merging the two. Fascinated with the building of a nation, his movies were often set in the American west, where he explored the building of his beloved America, exploring the men and women as the west was tamed.

Those loyal to him praised his great visual sense, his work with actors, his great love for the actors he continued to work with, while others recognized his often tyrannical behaviour towards anyone, includuding his actors, dared to challenge him. Working often with the towering actor John Wayne, they would each evolve as artists through their relationship, each at the top of their game in The Searchers (1956) one of the great masterpieces of cinema.

They say John Wayne was his muse, and that might be true, but Henry Fonda was featured in too many of his best films to be ignored. Each man brought a different form of masculinity to the screen, Wayne always capable of violence, Fonda a deep thinker. If film can be visual poetry, it began with Ford. Refusing to make his grand westerns indoors he took his cast, crew and their equipment into the harsh world of Monument Valley and Death Valley where the desolate outdoors became a character in the film. He turned that angry country into sheer beauty on screen, those iconic peaks towering into the sky making a Ford film instantly recognizable.

Hard drinking, hard loving, controversial, angry, he was both loved and despised by his actors. That said, no one ever doubted his genius as a filmmaker. No one. Here’s the list of top 10 John Ford movies.

The film that won the Academy Award, several of them, over the masterful Citizen Kane (1941) was NOT, I repeat, NOT the best film of its year, clearly Kane was. However, there is much to admire in Ford’s sentimental tale of a Welsh mining village and the good people inhabiting that world. Beautiful performances dominate the film, chiefly Donald Crisp as the patriarch of the Morgan clan, Roddy MacDowell As his beloved son, Maureen O’Hara and Walter Pidgeon, superb all. When the wages in the dangerous mines that sustain the town are reduced, the men strike, dividing the community in half. The men return to work, of course, only to have a cave in bring terrible tragedy to the village. The film is a wonderfully, sentimental tale of the importance and pull of family. Those bonds are unbreakable.

Ford was among several Hollywood directors to volunteer for service during World War II, sent to the South Pacific to document the combat with his cameras for the War Department. The documentaries he shot were staggering in their grim realism, bringing to audiences the intensity of the combat against the Japanese soldier, the overbearing heat, malaria, and the deadly attacks from air, land and sea. In places no one had ever heard of, young Americans fought for inches of ground, becoming heroes in the process. Appointed Rear Admiral in the United States Navy, That was according to Ford, his greatest life accomplishment.

Sentimental, even melancholy as it is civilized and Fords’ career ending as old age caught up to him. Myth and fact collide in this fine film about a decent young lawyer who comes to the west to do good and is instead mercilessly bullied and terrorized by the evil gunslinger Liberty Valance (Lee Marvin). During on fight, Valance draws his gun and is shot by the lawyer, who becomes a hero. But did he do it? Only he knows and the secret stays with him and his friend, protector Tom (John Wayne). The film has a claustrophobic feel to it, shot on the back lot as opposed to Ford’s beloved locations. His health was failing and would not allow him the time in the brutal heat.

Why shoot a western indoors questioned Ford? Why not go on location to places where the landscape is iconic, where all around makes tiny the men trying to tame it. Make the landscape a secondary character with just its presence. So Ford took his cast and crew to Monument Valley and Death Valley, living in tents, fighting oppressive heat to make his greatest Westerns, this being the first. In one of the greatest close-ups in movie history, the camera moves in on a young John Wayne as Rings, instantly making him a star. Travelling in the crowded stagecoach are a group as diverse as those boarding a subway train, making up a cross-section of those populating the American West. A remarkable work by which all Westerns that followed were measured.

In the years before he ascended to the White House, Abe Lincoln was a decent man, filled with honesty and integrity, which he used in his work as a lawyer. Lincoln believed in working for the common folk, those who might not be able to read or write or understand the laws of the land being corrupted against them. Fonda, again, is marvellous as the younger version of Lincoln, bringing to the screen that integrity we heard so much about. Beautifully made, the Director is wise enough, and confident in his own gifts to place the performance at the center of his film.

John Wayne gave one of his finest performances here as Nathan Brittles, an US Cavalry officer on the brink of retirement. With wisps of grey in his hair, Wayne is playing about fifteen to twenty years older, and brings to his character a world-weary, lived in sense that is just a pleasure to watch. Both he and Ford were realizing his great strengths as an actor, something Ford had not had confidence in before. Sent on one last mission, Brittles must stay alive to come back to his lady-love so they may enjoy his retirement, but he is also duty bound. Beautiful color cinematography highlights the film, and Wayne makes a formidable screen hero. Again, the director brings a sense of melancholy to the work, watching a way of life pass into time.

This famous story has been filmed many times, most famously in Tombstone (1993) and Wyatt Earp (1994), though Ford certainly did it justice in this movie with Henry Fonda as Wyatt Earp and Victor Mature as Doc Holliday. The dusty, sparse town they come to is likely as realistic as it ever was in film, and Fonda is wonderful as Earp, projecting a confidence and disdain for cowards and bullies. There is a nice chemistry between he and Mature, a lesser actor elevated by working with the actor and Ford, but looking hardly like the tubercular man Holliday by this time in his life. Both western counting down to a classic gunfight, and gentle love story, it remains one of the best films of the decade.

Ford loved Ireland and the fact the emerald island was home to his ancestors. He won his fourth Academy Award as Best Director for this rollicking romantic comedy that is as robust as it is tender. Filled with Irish tradition, two star crossed lovers meet, marry and then are nearly ripped apart by her brothers refusal to give the couple her rightful dowry. John Wayne is outstanding as an American boxer who killed a man in the ring and seeks the peace and tranquility of his homeland, while Maureen O’Hara is the spitfire he falls for, every bit as ready to fight for what is hers as he is. Filled with delightful performances and the beauty of green, green Ireland, it was one of the year’s best films.

Ford adapted to the screen the finest novel from John Steinbeck, casting Henry Fonda as Tom Joad. When the farmers living in Oklahoma are ruined by drought, the banks greedily move in to claim their land, sending across America. In the case of the Joad they head for California, where they hear the land is overflowing with milk and honey, and jobs. Once there they find nothing but corruption in the work camps, leaving Tom to join a movement to fight back against the moral decay, leading to one of the great monologues in movie history. Fonda was nominated for Best Actor, Ford Won Best Director, and the film though nominated, lost Best Picture. I ask…how? Powerful, filled with stunning images and shadows, and Henry Fonda, never better.

His Masterpiece. A dark, seething western featuring a towering performance from John Wayne in by far the greatest performance of his career. Cast against type as a cauldron of racial hatred towards the Native Americans, Wayne as Ethan Edwards returns home long after the war has ended carrying freshly minted gold coins. Called away for help, Ethan and the men leave his brother at his homestead, only for it to be attacked in a murder raid. Ethan, filled with raw rage, storms into the still smoldering cabin calling his brother’s wife name, realizing the adults and men are slaughtered, but the girls have been taken. Thus begins a long Odyssey for Ethan, in search of his nieces, Laurie, found raped and dead in a canyon and Debbie. They find little Debbie, now a teenager, living as one of the tribe, the wife of a warrior. Realizing that Ethan has no interest in bringing the girl home, with mounting horror the realization comes he plans to kill her now that she has been defiled. But face to face with her, he lifts her high over his head as he did when she was a child, sweeps her into his arms and whispers tenderly, “Let’s go home Debbie”. The one thing Ethan did not expect to encounter on this search was his humanity, yet that is what he finds. Wayne was Oscar worthy in the role, seething with anger, finally undone face to face with his blood. A racist, violent man, his move with Debbie fills us with love for this man, so seething with rage.