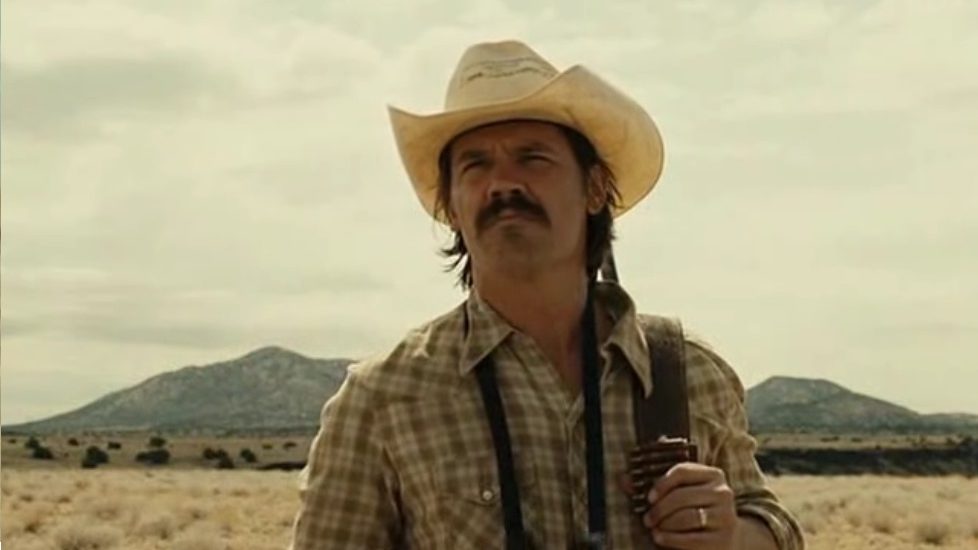 Josh Brolin’s stakes in the industry have risen with each passing year. The actor, who started his mainstream success with ‘No Country for Old Men’, has climbed the ladder to fame, step by step, and with each move forward, he has gotten better. But here’s a more interesting fact: Brolin has a unique record of playing main antagonist in two superhero movies back to back. Yes, he played Thanos in Avengers: Infinity War and Cable in ‘Deadpool 2’. Here is the list of top Josh Brolin movies. 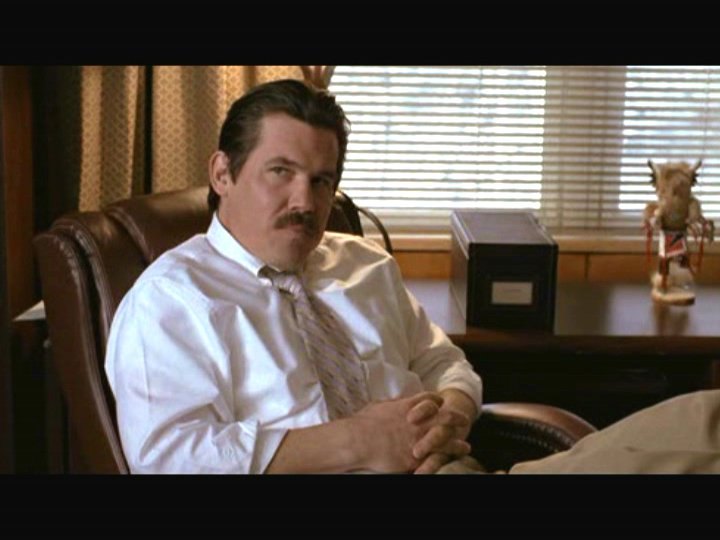 Hank Deerfield investigates the mysterious death of his son, who came back from tour duty after he finds his body. Detective Emily Sanders assists Hank in his search for the truth behind his boy’s death. Along the way, they discover the horror and inhumane entities that ensnared the young boy. ‘In the Valley of Elah’ battles the strong emotional grip of its subject matter to present an engrossing and painful tale about sorrow and loss. Tommy Lee Jones and Charlize Theron put in commendable lead performances to drive this war-centric drama. The film puts forth beckoning questions about the slipping military culture and seeks to give a timely reminder for the abusers who misuse their powers. 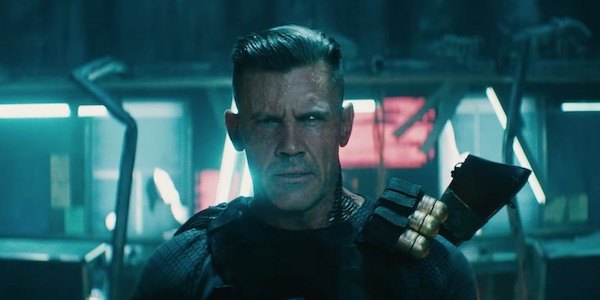 Brolin’s romance with the Marvel Universe continues with this gut-wrenchingly funny film that finally proves Ryan Reynolds is the ‘Daniel Day-Lewis of comedians’. Much like its predecessor, ‘Deadpool 2’ strikes a perfect balance between humor and breath-taking gory action to even out a superb movie led enviously by its charming star. Cable is yet another in Marvel’s new-found line of engaging and relatable villains. All in all, a movie that definitely won’t make you say “I don’t feel so well”. 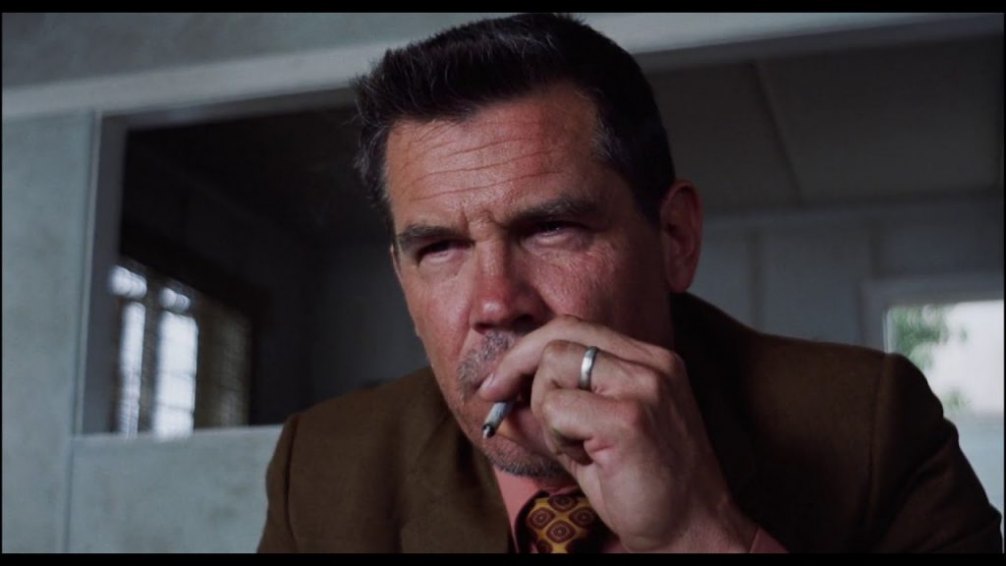 Paul Thomas Anderson’s tacky, outlandish, and unsurprisingly brilliant thriller packs a punch. Weaved with a heightened sense of self-awareness and blurry memories, ‘Inherent Vice’ tells the story of Doc, a private investigator is called upon by her former girl to crack a case. With dangerous circumstances and trying self-esteem, Doc takes on the case. Joaquin Phoenix is in typical form and draws a stark comparison with Freddie Quill, the character he played in PTA’s 2012 ‘The Master’. While the film will be a treat for PTA fans, for others it may be a bit too crazy and slow. 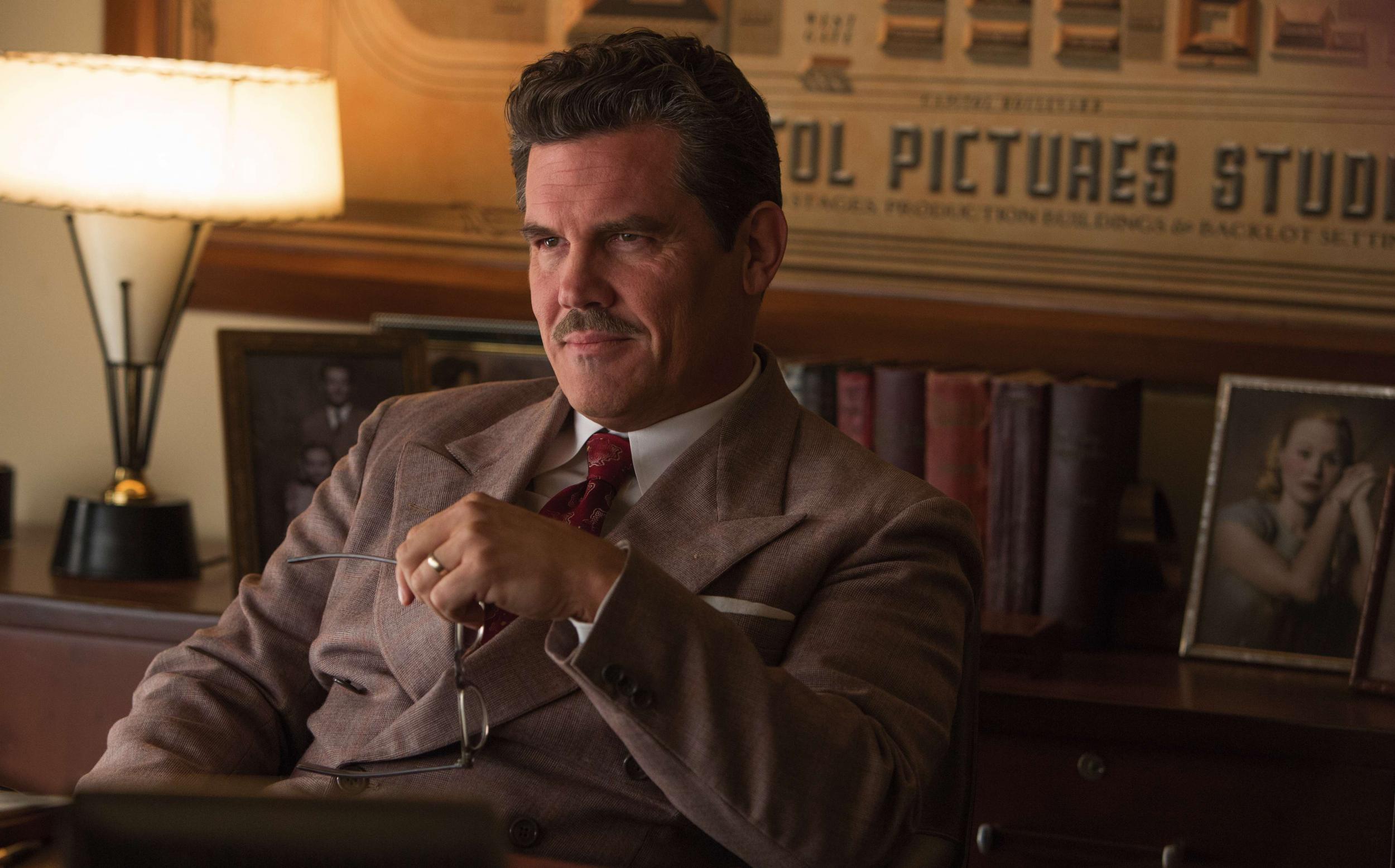 The Coens’ atmospheric time-travel back to the ’60s sees the darkest secrets of the seemingly happy and stable world of Hollywood. ‘Gail, Caesar!’ intersperses various elements of Hollywood-hypocrisy and the scare of the commies and delivers with ruthless, businessmen-like cynicism a story that perfectly describes the state of human condition. Brolin’s anchoring role, complemented by fine cameos by a star cast, make sure the film’s glaring flaws remain well-hidden and the good part shines. 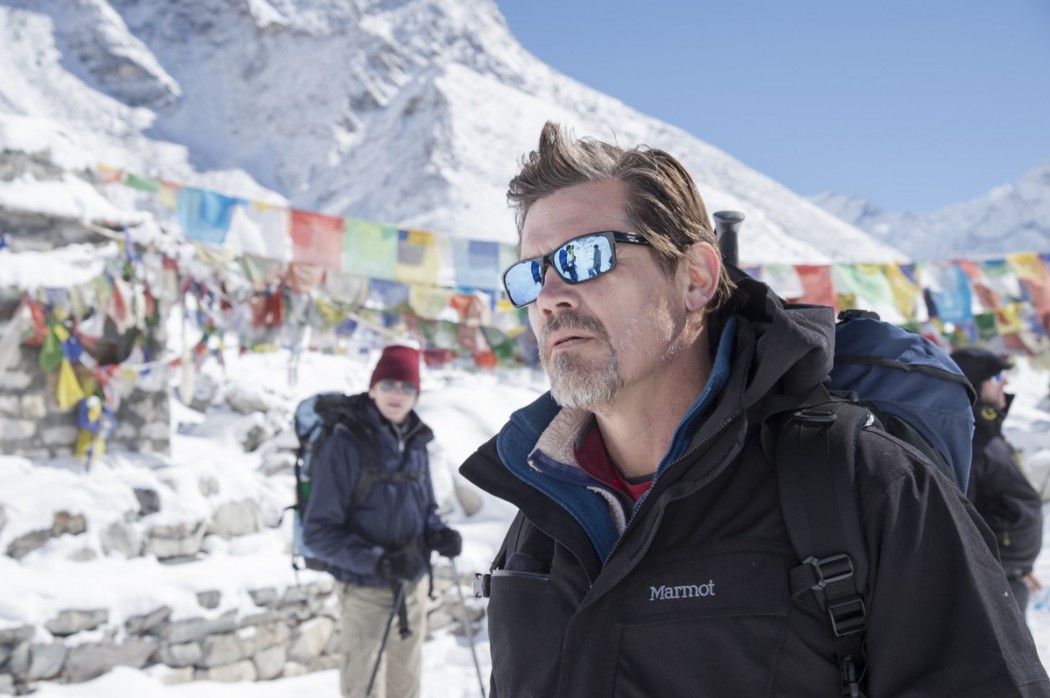 ‘Everest’s picturesque imagery instills in the viewer a sense of adventure that is contagious. Based on a true, tragic story, ‘Everest’ relies heavily on its stunning visuals and the deafening sound of the gorgeous valleys. Despite minimal dialogue and eventful incidents, ‘Everest’ draws you in with an aware and disarming sense of survival and human’s relationship with nature. Led by a powerhouse performance from Jake Gyllenhaal, ‘Everest’ emerges a worthy tale of human arrogance and its one way battle with nature and its rules.

Fourteen-year-old Mattie joins hands with a U.S. marshal to trace her father’s killer. However, with his sluggish approach towards life, Mattie starts losing hope in tracking down the murderer. Fate puts the two together and brings into action a veteran warhorse who values a stranger’s life more than his. Adjectives quickly exhaust its use when it comes to describing the Coens’ visionary sense of filmmaking. Something similar conspires here to tell an exhilarating and incredulous tale of undying valor and worth of human life. 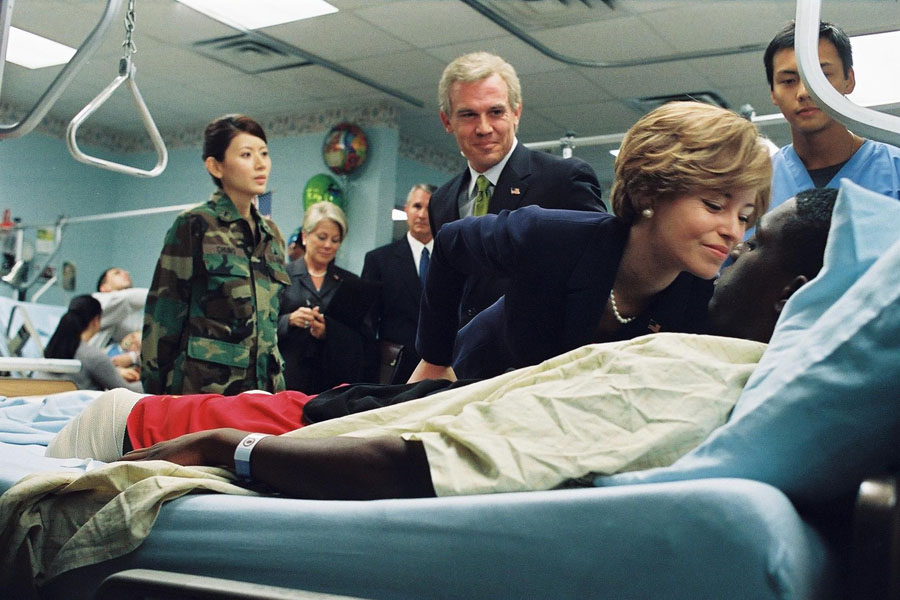 George Bush’s controversial and vivid rendition on screen sees Josh Brolin deliver a sensational performance. While the script failed to support its inspired cast, the latter took care of technical glitches and make the film a worthwhile experience. The film recounts the ex-President’s conflicted and intriguing childhood, growing up in the shadow of his illustrious father. The film embraces his failures and at times seems like a parody of his life, despite its best intentions. While the decision rests with the audience, it can assuredly be supposed that the movie is worth a watch. 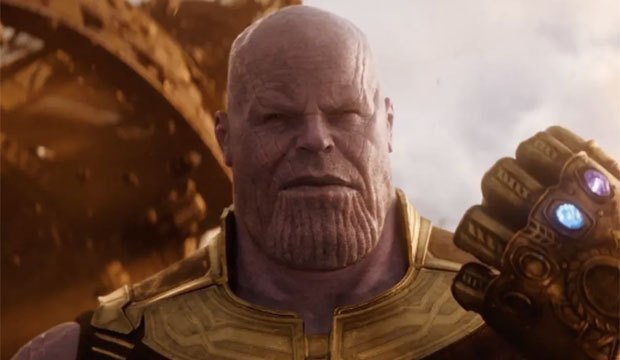 The latest Avengers movie might not turn out to be the highest-grossing movie of all time, but will surely be remembered as a superhero movie in the league of the Dark Knight trilogy. Noted for its different, somber tone and a surprising emotional investment of the characters, ‘Infinity War’ focused on Thanos’ journey in assembling the six infinity stones and ‘liberating’ the world of its miseries and hopelessness. The Avengers, the most we’ve seen together in a movie, took the backseat for a moment and let the story shine. A gutsy effort behind the camera by the Russo brothers ensured the movie emerged as a different Marvel venture, just like ‘Black Panther’ before it. The movie has its moments for the Avengers fans, but it is Thanos and Brolin’s exceptional work as the conflicted protagonist which steals the show. 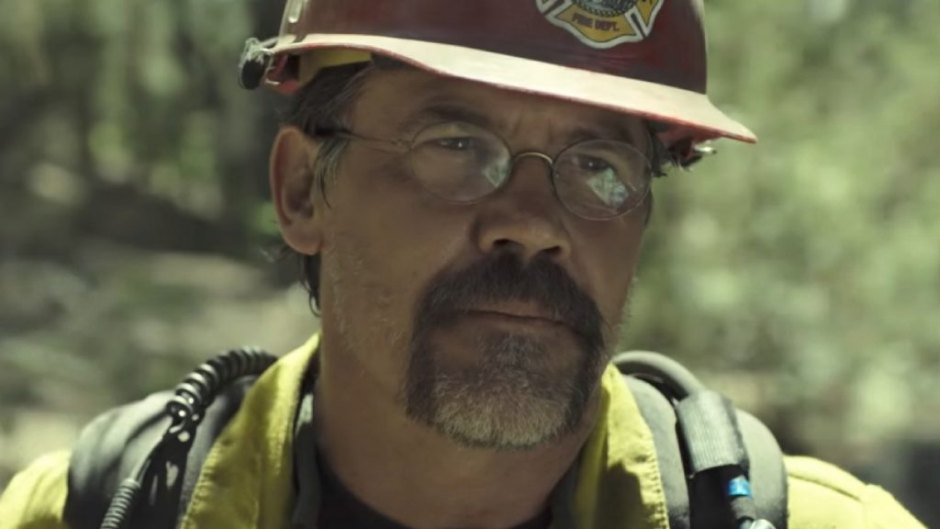 ‘Only the Brave’ tells the heroic tale of the Granite Mountain Hotshots, the first ever municipal firefighting unit in the US, who died in the tragic Yarnell Hill Fire in 2013. Featuring an ensemble led by a spirited performance from Josh Brolin, ‘Only the Brave’ serves as a fitting homage to the brave nineteen who lost their lives defending those of others. Joseph Kosinski draws the viewer into his immersive retelling of the true events and lends it a humane and emotional heart, successfully creating a beautiful film to preserve their memories. ‘Only the Brave’ overcomes the negotiable flaws of its scripts with a disarming and heart-warming parable of valor and undying human spirit. Dennis Villeneuve’s engrossing cross-border political thriller is one of the best movies of this decade. With Roger Deakins masterminding the vivid and luscious imagery, Villeneuve crafts an intelligent, deft, and an emotionally proactive tale of anger, loss, and power dynamics within the American intelligence services. The story pulls through on the shoulders of Kate Macy, an FBI Agent who is assigned to assist the CIA in a mission in Juarez. Malt, the commanding officer, introduces Kate to Alejandro, a mysterious figure, and hitman, popularly known as ‘sicarios’, to hunt down an impending cartel outburst. Benicio Del Toro steals the show with an outstanding effort as the grief-stricken lawyer-turned hitman and is worthy of the highest praise.

‘Milk’ recounts the triumphant political life of America’s first publicly gay politician holding public office, Harvey Milk. The movie centers around the civil unrest that America found itself in during the time and the emergence of gay rights. The film manages to break through the homophobic opinion of the people and presents to us a captivating piece on how we interact socially. Brolin’s stellar turn as Dan White, the eventual antagonist, along with other worthy performances make ‘Milk’ a must watch.

A lot has been said about how good the movie is. And how good Javier Bardem’s Oscar-winning turn as Anton Chigurh was. But no one talks about how well Brolin did as the timid welder on the run. Playing Llewlyn Moss, Brolin brings his A-game to the fore and shines in the background without claiming the spotlight. The Coens’ masterful direction and invigorating screenplay were infused with an intensity that wrapped around itself an engaging and palpable excitement. The biggest triumph of the film was the ease with which it deconstructed the original novel and reconstructed it for the screen.