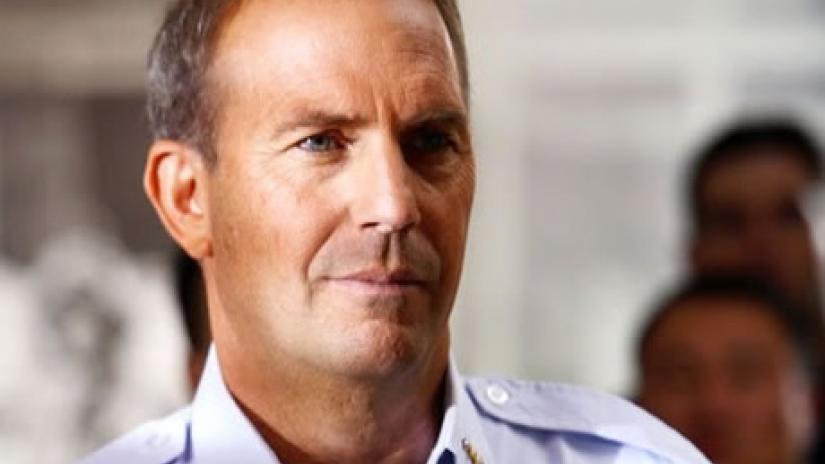 What are the best Kevin Costner movies? Well, first let’s look at his overall career.

Costner is an interesting actor, one who brings great honesty to the part, but like John Wayne or Clint Eastwood, one who must choose his roles carefully. Wayne could never have done Shakespeare, nor could Eastwood, while Costner looked ridiculous in Robin Hood – Prince of Thieves (1990) or anything before the 1880’s.

In the right role, he is a terrific actor and has simply become better through the years, no longer the star of films, expected to carry them, but comfortable in an ensemble. After take my his critical lumps in the Nineties for The Bodyguard (1992), still a box office smash, Wyatt Earp (1994), and Worst of all Waterworld (1995) which now has a cult following!

Costner had an incredible run from 1985-1993, but when he fell out of favor the critics pummeled him, kicked him when he was down. His western Dances with Wolves (1990) brought back the genre, making it clear audiences were willing to sit through a three-hour one-third subtitled film about the American West. Based on a fine book, the actor directed the film very early in his career, just five years after his breakthrough in Silverado (1985).

He made a quiet comeback with the surprise success of his western Open Range (2003) which he directed and gave a superb, dark performance as a former gunfighter. Opposite Robert Duvall, he again did not have the pressure of being the lead, and settled into a fine performance. In the years since, he has done some of his finest work, often in supporting roles. He has grown as an actors, immensely, and continues to be evolved. Here is the list of top 10 Kevin Costner movies. You can watch some of these best Kevin Costner movies on Netflix, Hulu, or Amazon Prime.

As Butch, an escaped convict on the run, Kevin Costner is superb, bringing to the role a darkness that betrays his past, but also a decency and Kindness, which we had experience through his friendship with a little boy, who he kidnaps. But we see from the start it is not your average kidnapping, because when his partner makes sexual advances and threats to the child, Butch, without hesitation kills him. On the road he becomes a father figure to the boy, giving him soda for the first time, letting him have all he is denied by his mother and her religion. Constantly on the run, it becomes an adventure for the child, and cathartic to Butch in that he too experiences what he has never had before. Love, and friendship.

Costner directed this underrated western that earned excellent reviews and was a surprise box off hit the summer of 2003. Perhaps it was acting opposite the great Robert Zduvall that upped Costner’s game as he was brilliant in the film as Charlie a former gunfighter with many kills to his credit. Haunted by his past, he enjoys working with his partner, moving cattle across the land, until they encounter a vicious cattle baron who despises free grazers. Knowing they are going to have to fight, watching the actor go to the dark side of his character. When finally face to face with the hired gun, Charlie shows lightning speed and resolve in gunning the man down and starting the war. Simply one of the best Kevin Costner movies.

Managing to give a great performance in a politically charged drama like this, with so many outstanding supporting roles is no easy feat, but Costner is the glue holding this electrifying work together. As District Attorney Jim Garrison, the only man to bring charges against anyone in the death of President John F. Kennedy, the actor is excellent, a man of integrity seeking answers. They say listening is the greatest thing an actor can achieve, and I believe that. Watch Costner during the long scene with X, portrayed by Donald Sutherland. Stunned with what he is being told, his eyes give away his disappointment not in just his country, but his fellow man.

After his father excellent work in Silverado (1985) and The Untouchables (1987) he displayed his acting chops with a much lauded performance here as a minor league catcher nearing the end of his career. Sent to help turn a wild man pitcher into a star, he befriends the crazy man, but also falls in love with the local groupie who beds the player of her choice for the season. The chemistry between Costner and Susan Sarandon is electric, as the actor settles into one of his best and most loved pieces of acting. How he was not nominated, I still struggle with?

Another underrated film and performance exploring the day careers are made and broken, NFL draft day. As Sonny, the general manager of the Cleveland Browns, Costner is superb, wheeling and dealing over the day, trusting his instinct about which player will make the greatest impact on his team. Smart, shrewd and ruthless, he is both cold and warm, depending on which gets him ahead, but he is above all a man on integrity. With his reaction after nailing me a huge deal, saying out loud how much he loves his job. One of the best of the sports films Costner has filled his career with.

A huge sprawling western, a labor of love for the actor, who at a time when the western film was all but dead, made one three hours in length, told in Lakota ((one-third of the film is subtitled) and deals with a white man embracing the culture and life of the Sioux. Radically different from any western ever made, Costner is outstanding as John Dunbar, a hero of the Civil War granted any post he wants. He decides to see the prairie before it is gone. There he encounters and befriends a tribe, who though initially suspicious, take him as one of their own. Costner was nominated for a Oscar as Best Actor and the film won seven including Best Picture and Best Director.

Grown men openly wept during the last half hour of this magical film, about a farmer, who upon hearing a voice, builds a baseball diamond in the middle of his corn field. Emerging from the surrounding fields are  dead ball players including Shoeless Joe Jackson. “If you build it, he will come” Ray is told, and sure enough his dead father comes to him, a young man with his whole life ahead of him. There on a baseball diamond, they heal one another, finding the love they had for each other over a game of catch. Breathtaking and deeply moving.

Well cast here as a truly good man, working for NASA who dos not see colour at work, meaning all workers are equal. He comes to trust his black mathematician genius, who happens to be both black and female more than the high-priced computers at NASA. Very much a supporting performance the actor seems both happy and at peace with letting the actresses take charge and run with the film, but he is the conscience of the picture, and presents that beautifully. Oscar should have remembered him.

As an ardent, proud, blue collar worker, a hard-working carpenter, cynical of anything white collar, Kevin Costner excels here. Knowing his brother-in-law is hurting for money after the company downsizes, he offers him a job as his helper, knowing the work and pay is beneath him, but he helps because he knows he should. Honest, sometimes to a fault, he is like so many blue collar workers, who mistrust white-collar workers, but drops his guard to help someone who needs help going so far as to reach into his own pocket. One of the best Kevin Costner movies.

In on of his most likeable performances he is a good friend to his neighbor when her husband leaves the country with a much younger woman, or so we think. The grouch of ex-baseball player turned radio talk show host falls for her, hard, though it takes her some time. He seems to become a better man with her (don’t we usually?) as their relationship progresses. But then the truth comes out about her husband, he had never left so much as the property, and Costner’s great strength as a friend comes to light. The womanizer has learned to be a friend first.