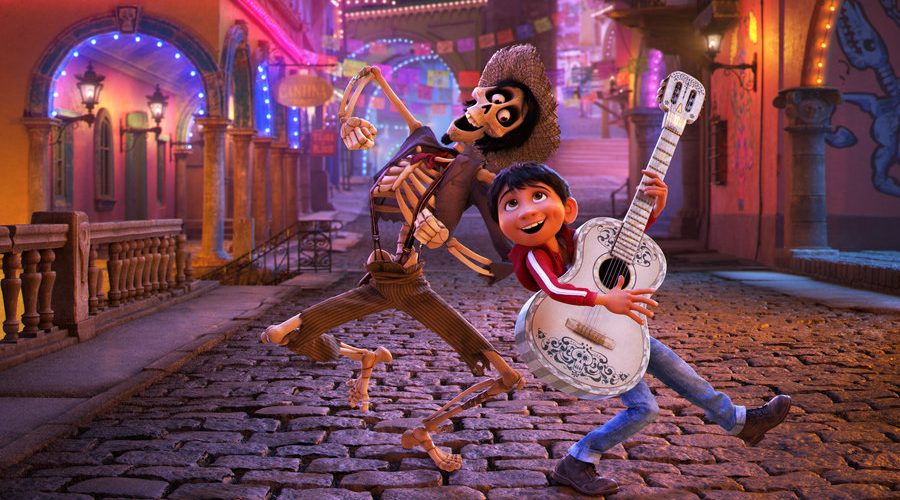 Cinema is an experience that should be enjoyed by people across all ages, and while some movies are made to cater specifically to children, these films often weave in themes that would appeal to the older audiences who are bound to accompany the children to the theaters. Here is the list of top kids films of 2017 that are incredibly nice family experiences, that will definitely be enjoyed by the kids, but will also leave the adults feeling satisfied. 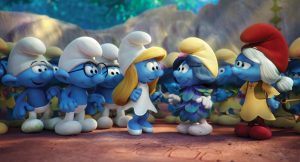 Directed by Kelly Asbury, this movie is based on the Smurfs comics and is a reboot of the franchise. The story circles around Gargamel, a wizard who is bent on destroying the Smurfs, and his plan is offset by one brave individual and the collective heroics of the rest of the Smurfs. Featuring a hidden village that might hold other Smurfs, this story becomes a lesson in obedience, showing courage in the face of adversity and a testament to the fact that if someone is made to feel welcome, then the person might go above and beyond to help an individual. A finely made 3D animation, this film will surely keep your kid and you entertained.

This animated musical fantasy film harps on the ever-popular theme of friendship and put across the message that if everyone comes together, then anything is possible. The movie marks the relaunch of the My Pony series which was initially created by Hasbro. Featuring a host of talented actors who lent their voice to the movie, the story itself is the tale of Twilight Sparkle and the five friends who together form Mane 6, a group that now has to undertake a quest to save their home from an evil conqueror. The film keeps the themes simple and the animation good, making it a guaranteed enjoyable experience. 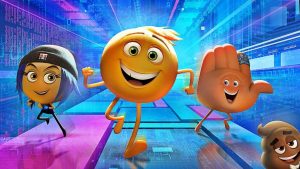 After the success of Inside Out and the personification of emotions, this movie took it to the digital age by personifying emoticons that we use for texting. The story follows a glitchy emoticon who undertakes a quest to become a conformist but discovers a great threat to the phone itself and must recalibrate his desires to save both the phone and himself. The movie which received quite negative reviews from critics, was nonetheless, a commercial success and the navigation through the apps on the phone is bound to be fascinating to both you and your kid. 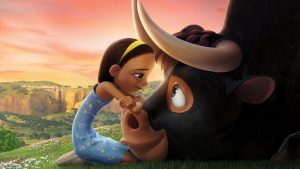 This film is based on the children’s book called The Story of Ferdinand. The story centers around a young bull who loses his father to a matador in bullfighting and is raised by a girl on a farm. However,m his quiet life is jeopardized once he inadvertently wreaks havoc and is returned to a life of bullfighting. Voiced by John Cena, this story tells the tale of an innately non-violent character being forced down a path of violence. An indictment of the inhumane sport of bullfighting and an enchanting tale of friendship, this movie is one of the finer animated movies and is bound to leave both you and your kid a little wiser, by the time you’re done.

8. Jumanji: Welcome to the Jungle 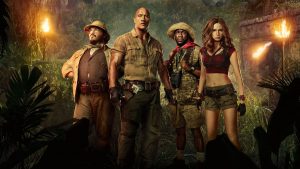 This movie as the title suggests does deal with the popular game of Jumanji, where the children get stuck in the board game and must win to return home. The current film is set twenty-one years after the original and while paying homage to Robin Williams for his role in the original film, this story modernizes the concept and has the children stuck in a video game as their respective gaming avatars. A fun story which your kid will enjoy and will definitely remind you of your own childhood, this film is an excellent contender for this list.

The third installation in the Cars franchise, the film sees the return of Lightning McQueen as he races against new age cars who are designed to break speeds that he himself could never break. The film is a warm tale of friendship, belief and ultimately victory but the adults can relate to themes of trying to adjust to newer technologies, showing grit and brains to overcome a seemingly impossible situation and these come together to make this one of the finest Cars movies, and one of the better movies of 2017.