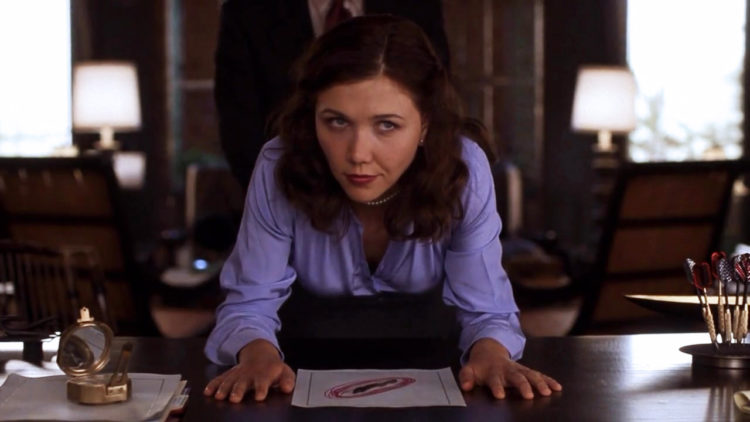 Maggie Gyllenhaal is an American actress. Sister of actor Jake Gyllenhaal, Maggie’s career clock more than 25 years in the industry. She has been the recipient of universal critical acclaim and has landed an Academy Award nomination for her role as a kind journalist in the movie ‘Crazy Heart’. She has been heralded for her command over diction and great acting. Here we take a look at the list of top 10 Maggie Gyllenhaal movies. Happy reading! 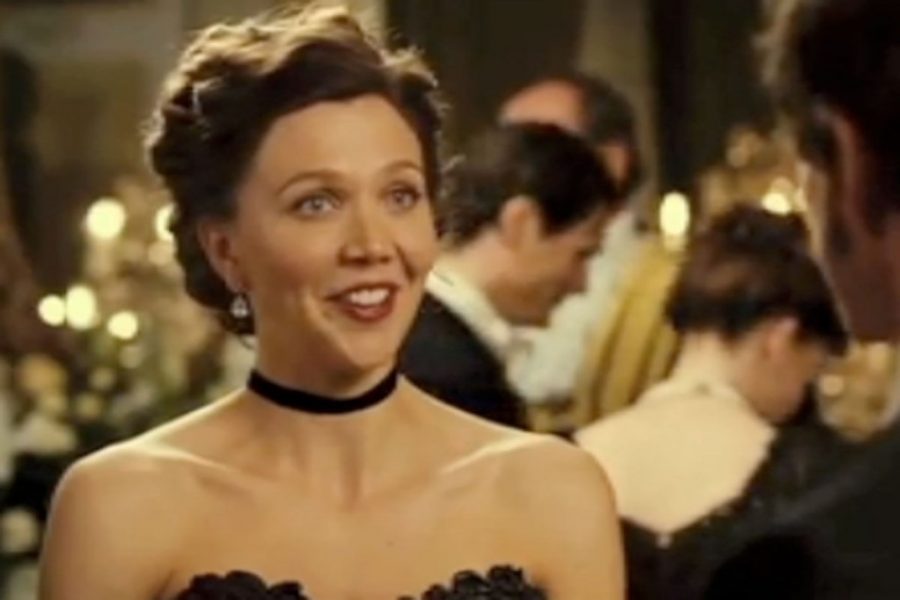 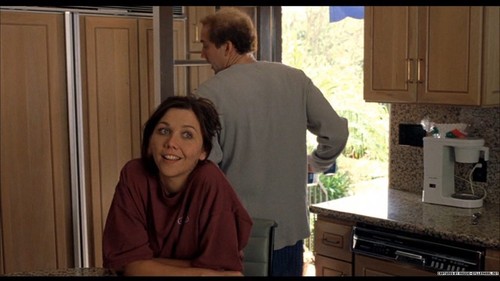 Charlie Kaufman all the way. Oh boy, the things he does. ‘Adaptation’ was created when Kaufman suffered from writer’s block. Unable to conjure his usual witchery, Kaufman cleverly wrote the script about his struggles of writing the script and created an alter-ego of himself doing the same. Riding on the unfathomable script and an endearing lead performance from the stunning Nicolas Cage, ‘Adaptation’ stands out as a quirky and offbeat film and offers enough to engage a diverse spectrum of viewers. 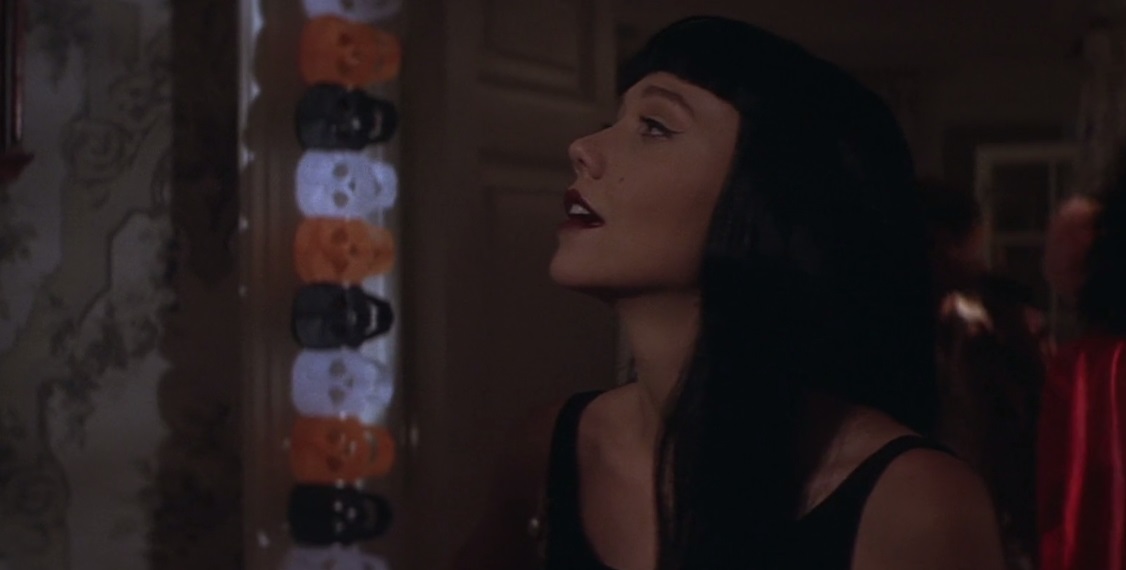 Donnie is a reclusive kid. His insightful and observant nature draws him apart from the normal world and leads him to form a friendship with a bunny-clade figure, Frank. He spends time with him and grows close. The story takes a turn towards the wild side when Frank tells Donnie the world will end in 28 days, 6 hours, 42 minutes and 12 seconds. There are very few films which dare to go the distance in terms of their narrative and storyline. ‘Donnie Darko’ doesn’t compromise its eccentricity and eclectic mix of characters to stand out as a memorable sci-fi with the status of a cult. 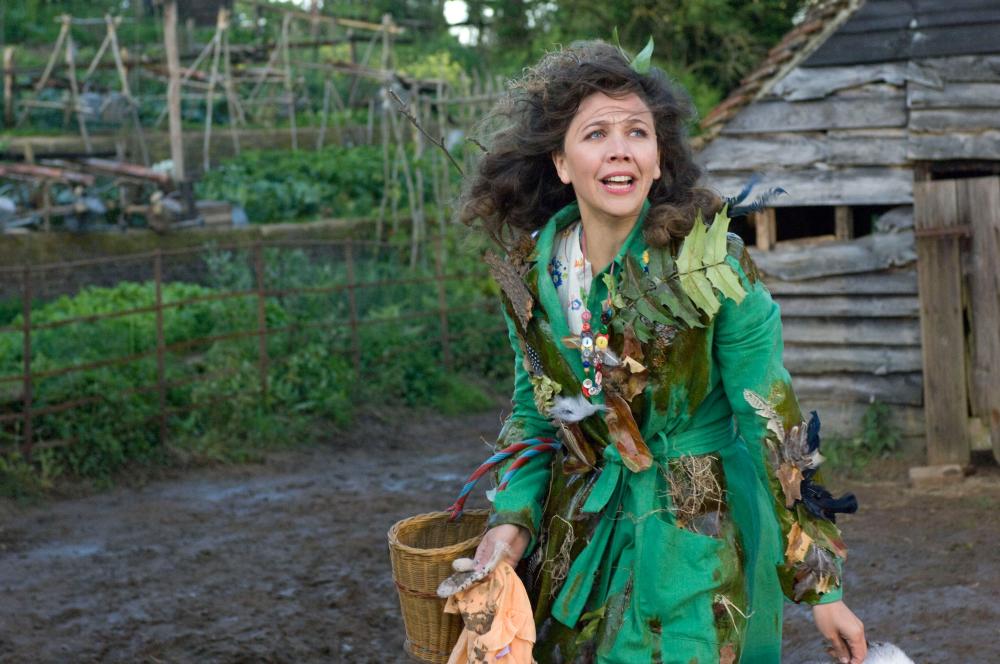 Victorian-era comedies are truly a rarity in contemporary cinema. Therefore glimpses of the period seen through a different perspective are certainly a watchable event. The sequel to 2005 film ‘Nanny McPhee’ sees the ever-ready nan return to sort out the life of Isabell Green, a mother of three, struggling to juggle between the and the farm. Actors, good ones, always manage to transform themselves with every role. Emma Thompson’s endearing performance in the capacity of the lead drives the movie, filled with decent humor and heart, to a must watch haven.

Christopher Nolan’s masterpiece which revolutionized the way superhero movies are made today is remembered for one thing: Heath Ledger. The charismatic actor, in his final role before his tragic and untimely death, gave life to the greatest anti-villain in cinematic history and single-handedly took the movie to unthinkable heights.

Jon is an amateur and struggling keyboard player. After he witnesses a member of the “Sonoprbfs” try to drown himself, he gets an offer to join the band. They travel to Vento, to a secluded cabin to record their albums. After initially finding it difficult to blend in, Jon secretly records the bands’ attempts to make an album. They get attention and are eventually invited to perform at South by Southwest. All goes haywire as the band disintegrates, blaming Jon for “ruining everything”. The film really is about the band as a whole rather than an individual, which in this case is presumed to be Frank or Jon. I love offbeat films and outlandish characters like Frank. They offer so much to the viewer in terms of different things. All in all, I found Frank to be a tale of discovery: a discovery of oneself and our proclivities to normalize the things around us. We can’t stand to accept anything which is different than us, but ‘Frank’ emerges triumph as finally, Jon realizes the beauty of Sonoprbfs lies in its eccentricity, the love they share for each other, and their trust of their leader Frank. 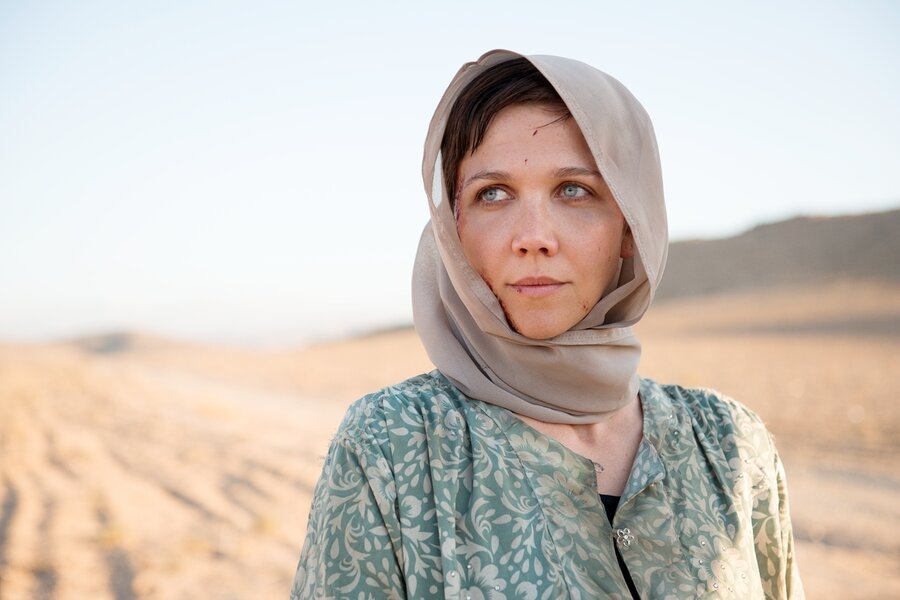 Films about political and cultural conflicts always tend to rely on a strong narrative. Director Hugo Blik and editor Jason Krasucki make sure ‘The Honorable Woman’ gives its performers a strong foundation to garner all the accolades. Nessa Stein inherits her father’s property and she intends to strengthen the bond between Israelis and Palestinians. But when a Palestinian businessman is killed, Nessa has to deal with the politics. Stein’s character is not only of great importance artistically but also assumes a peculiar shape in terms of political lineage. Gyllenhaal manages to lend an emotional and impassioned depth to Stein which is adorned with a palpable tension that is gripping and enthralling.

Bad Blake is a worn out country singer. A forgotten name in mass media, Blake earns his livelihood by performing at bars, traveling from one place to another in his truck, often drunk. One fateful night he meets Jean, an attractive journalist, whom he seduces and begins an adult relationship with. The idyllic phase soon runs out and the two break up, following which Blake has a life-threatening accident being drunk. He transforms into a better man and eventually accepts his professional position. ‘Crazy Heart’ draws momentum from its inspirational cast and hearty music. Its title song of the same name certainly stands out as the highlight and keeps us hooked for the latter part of the story. 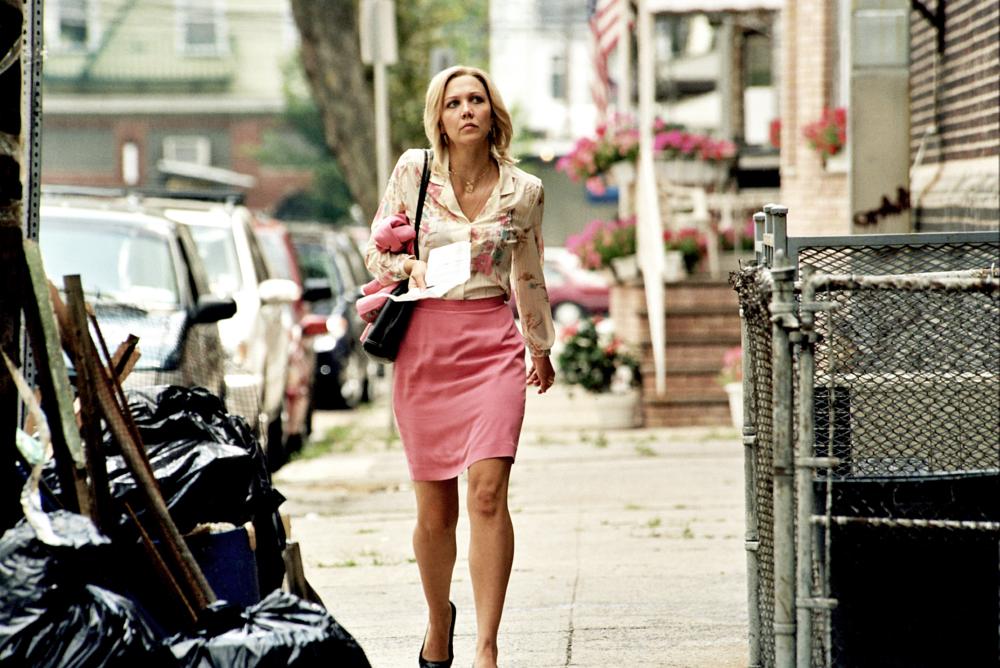 After serving time behind bars, former drug addict Sherry Swanson returns home a changed individual to reclaim her young daughter from family. Sherry’s family, her sister-in-law (Bridget Barkan) in particular, doubt Sherry’s ability to be a good mother/ Sherry decides to give them a fitting evidence of her transformed self. Gyllenhaal is heartbreakingly good here. The film chronicles her development from helplessness and hopelessness to a sense of jarred optimism and semblance of a second chance. Her charismatic charm in playing the character draws you in and leaves you flustered with an earnest sense of sadness. Performances like these make cinematic experiences feel real and amplify their significance and the role they play in the society. 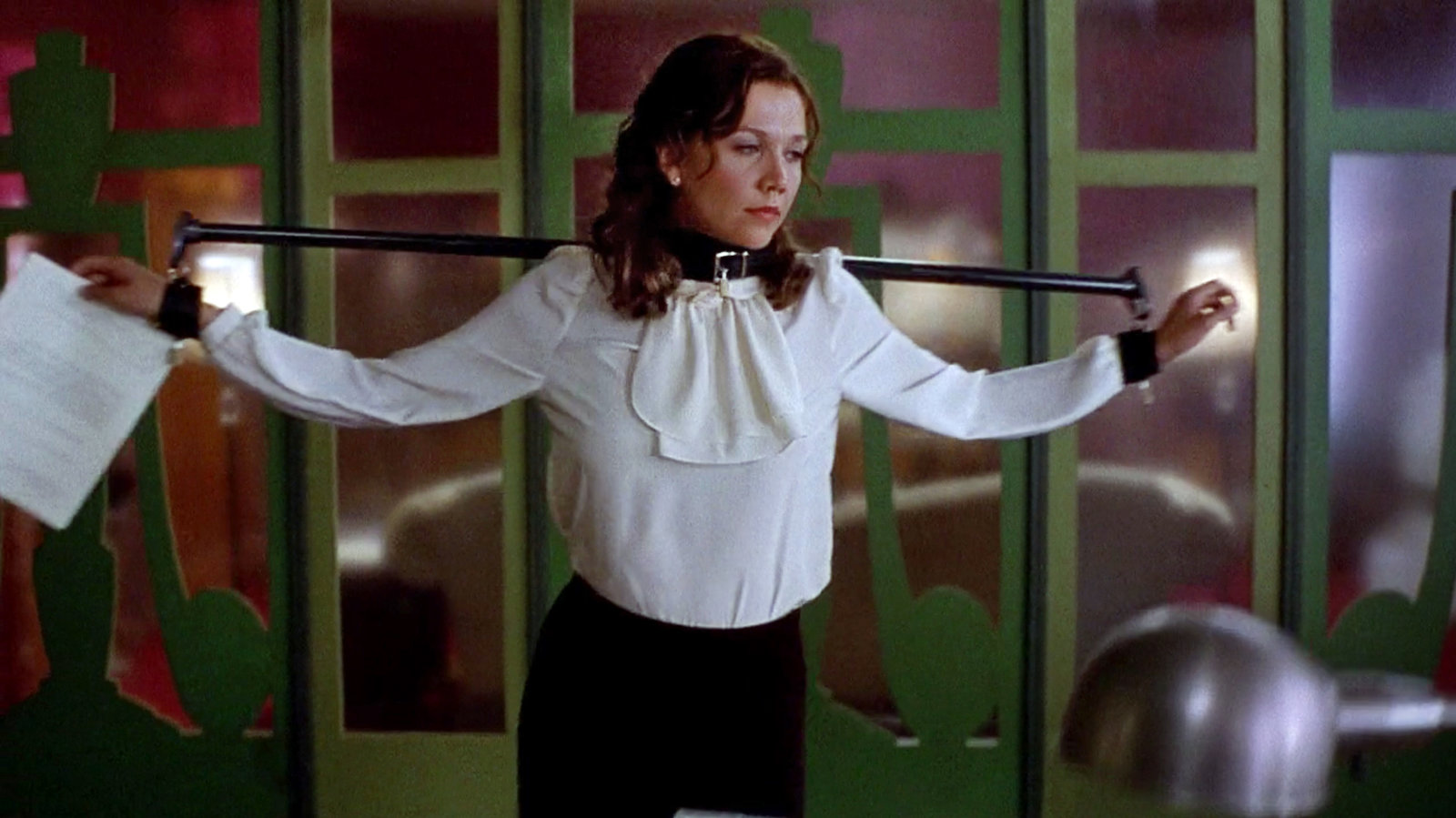 Maggie Gyllenhaal’s career-best performance comes in Steven Shainberg’s convoluted dramedy. The narrative focuses on the sadomasochistic relationship between a subversive lawyer, Edward, and his submissive secretary Lee. The latter is emotionally troubled, having stayed a brief time at a mental institution. ‘Secretary’ is about power dynamics and the contrasting nature of subjects concerned in a hierarchical setup. In layman’s terms, a boss is a boss because he acts like one and an employee takes orders because he likes to. The overbearing emotional power of the scenes with Spader and Gyllenhaal is almost a bit too much. But director Shainberg balances that out with dull and monotonous characters like Peter and jarring tonal shifts in the narrative.