Those who love genre movies are very specific about the kind of movies they enjoy watching. When we look at the history of cinema in general, we shall see that genres have always had a trope around which they build the story or the plot. Action movies tell stories through action, science fiction movies revolve around scientific innovations or concepts and how they affect the lives of the characters, and in musicals, songs and dance play a major role in storytelling. As it happens everywhere, each broad genre has different sub-genres within themselves. Here, we shall talk about a broad and unique sub-genre under action films called the martial arts movies.

Martial arts movies boomed in the early 1970s when Bruce Lee became popular. Although many countries have produced martial arts movies, the most prolific industry has been the Hong Kong film industry, with production houses like Shaw Brothers and Golden Harvest producing some of the classics of the genre. Notably, martial arts movies are also categorized into two sub-genres – one being the period pieces called ‘wuxia’ movies, and the other one being kung-fu films set in modern times. What is to be noted is that the way Westerns are unique to America and symbolize American cinema, kung fu movies define Chinese cinema. There are people who are martial arts movie geeks, and there are ones who watch a Bruce Lee or a Jackie Chan flick once in a while for pure entertainment. For fans of both varieties, we’ve compiled some of the finest martial arts movies that you can check out on Netflix. Here’s the list of really good martial arts movies on Netflix that are available to stream right now. 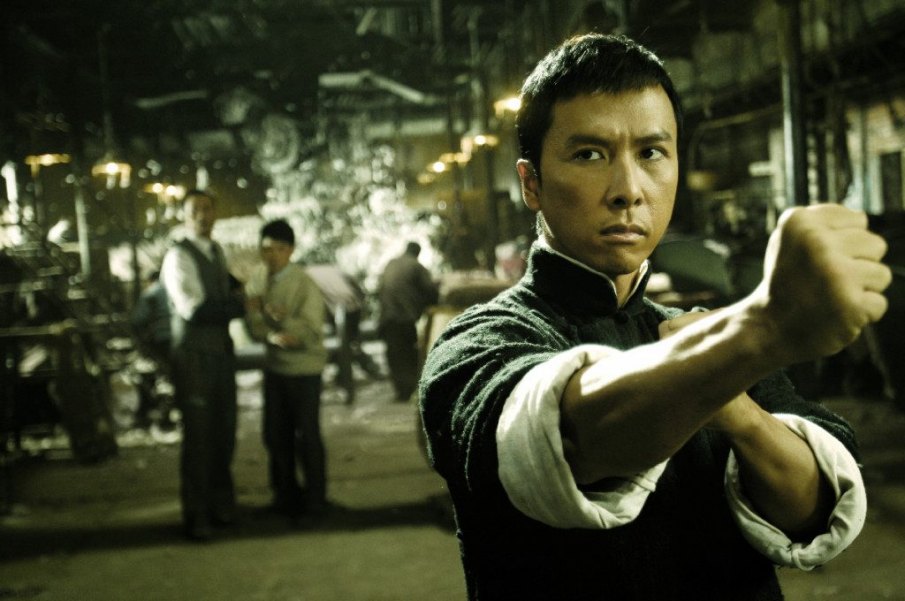 ‘Ip Man’ is a fictionalized biopic of the renowned martial artist who made the Wing Chun style of fighting popular and taught the ultimate superstar of martial arts movies, Bruce Lee. Ip lives in the town of Foshan, which is home to several martial arts schools. Ip himself does not have many students as he is a rich man, and spends most of his time with his friends and family. However, his reputation of being the finest martial artist in all of Fushan is well known, and he sometimes displays his skills in friendly combats. The movie takes a dramatic turn when the Japanese invade China and all citizens of Foshan, including Ip, are rendered homeless. The story follows his life and struggles throughout the invasion and how he defeats a major Japanese military official in a public combat. The movie has been brilliantly shot and the action sequences are breathtakingly stunning. Donnie Yen portrayed the role of the legendary Ip Man.

The flying guillotine is the most infamous weapon in all of martial arts, and it can easily decapitate a victim if used properly. Interestingly, it is not a weapon invented for the movies, but its descriptions have been found in ancient Chinese scriptures as well. This 1975 film is also known as ‘Vengeance Is a Golden Blade’ and is the first movie to popularize the use of this weapon.

The movie starts with an evil emperor ordering for this weapon to be manufactured, and then training twelve of his finest soldiers in its use in order to crush any rebellion. But when one of the soldiers among these twelve decides that what he is doing is morally corrupt, he raises his voice against the king and leaves the group, now, becoming a rebel. He figures out ways in which he can fight this oppressive king. One notable thing is that this film is hardly as popular as its sequel, ‘Master of The Flying Guillotine’ (1976), because its DVDs were not that widely available. Thanks to Netflix, we can now watch it easily. What makes this film unique is that it is probably the only one to explore the origin story of this weapon. 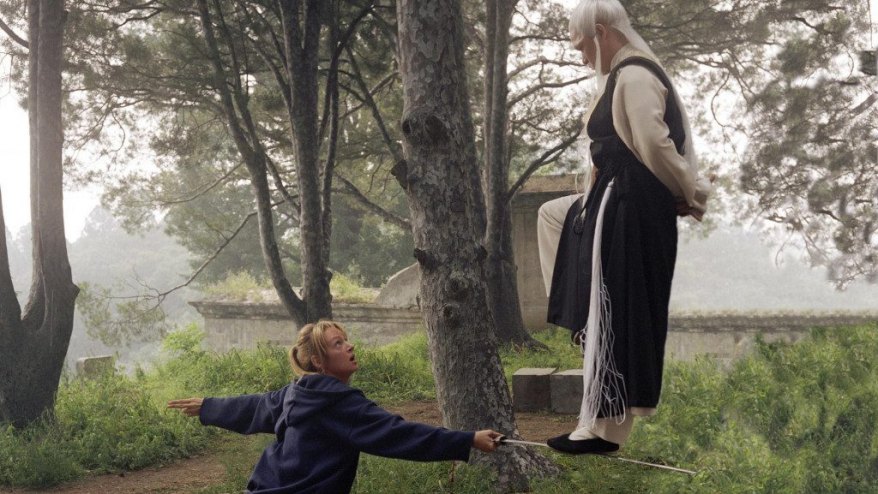 The story of the second part of the ‘Kill Bill’ movies starts off with showing us how Beatrix Kiddo’s would-be family was massacred at the chapel where she was supposed to marry. The story then shifts to her going to Bill’s brother, Budd’s trailer to kill him, but Budd anticipates her coming and manages to capture and bury her alive. Then Budd proceeds to call Elle Driver to sell her the sword Hattori Hanzo had made for Kiddo. We then see Kiddo reminiscing about her days as a student of Pai Mei’s.

Pai Mei is a legendary martial artist who lives alone on a mountain. He puts Kiddo through rigorous physical exercises after seeing her determination to learn from him. Training sequences have always found special significance in martial arts movies, and Tarantino, himself a huge fan of the genre, shoots some brilliant scenes of Kiddo training. Later, we even see her visiting Hattori Hanzo who makes her a sword after coming to know she’s planning to kill. He says, “If, on your journey, you should encounter God, God will be cut.” 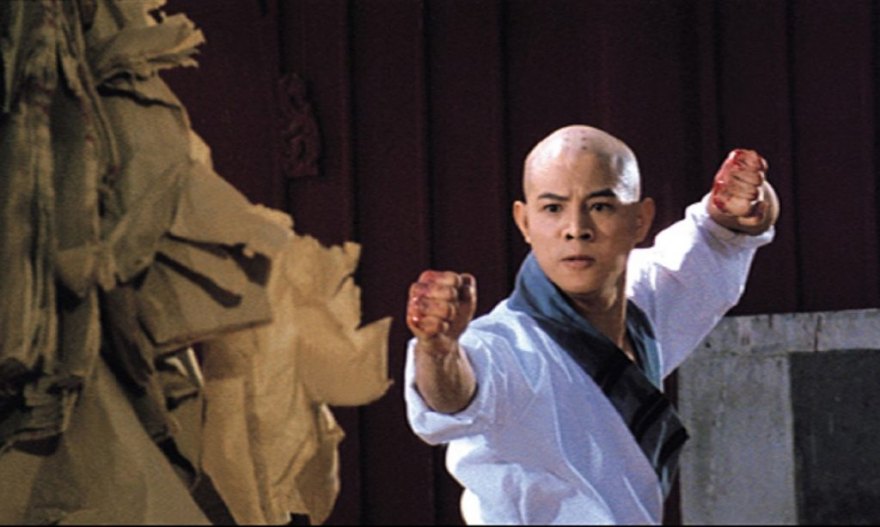 When we talk about martial arts movies, can Jet Li be far behind? Li has been one of the biggest stars in the history of this genre, and he has been in some of the most epic martial arts movies. In this movie, Li’s character is a monk at a Shaolin temple who is out to assassinate an oppressive ruler where he meets a girl he is supposed to marry. The movie is a perfect blend of drama and action, and is among the best movies made about the Shaolin disciplines. 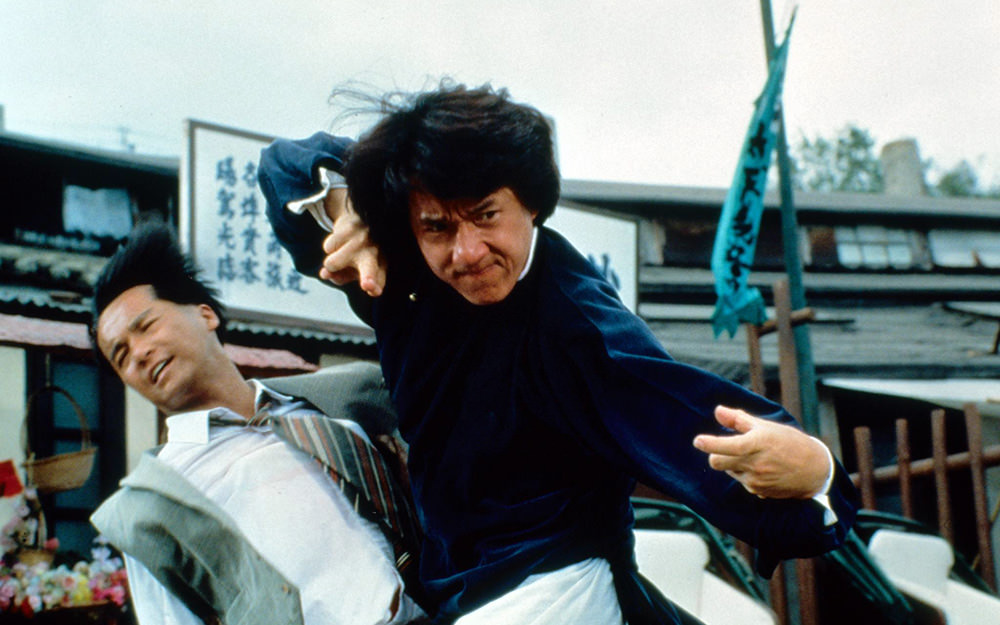 One of the finest Jackie Chan movies of all time, ‘Drunken Master 2’ is about a Chinese boy named Wong Fei-hung who lives with his family. He has learnt a special variety of martial arts called drunken boxing and has to use his skills when he is attacked by the henchmen of an English general. The general has been smuggling Chinese artifacts, and Wong is the one who finds this out. Jackie Chan is known for taking risks, and he does so brilliantly in this movie. There are some extremely well-choreographed fight sequences in this movie made with detailed planning and execution. 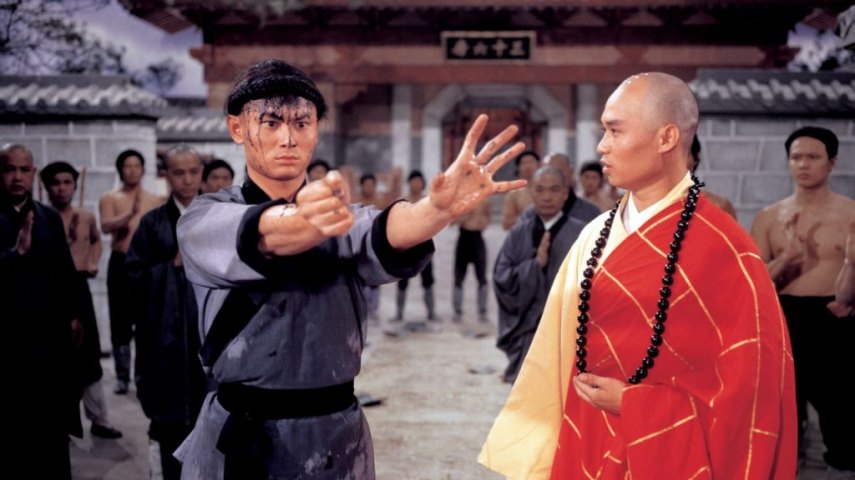 Starring Gordon Liu, this is the second installment of the ’36 Chambers’ trilogy. Here, he plays the role of a conman who poses as the character he plays in the other two movies – the legendary Shaolin disciple, San Te. The character’s original name is Chu Jen-Chieh and he does so to learn martial arts and overthrow an oppressive mill owner. In the chamber, he is asked to build a set of scaffolds. There, he sees monks practicing martial arts and he eventually learns kung fu, which he would later use to protect his co-workers and fight against his bosses. 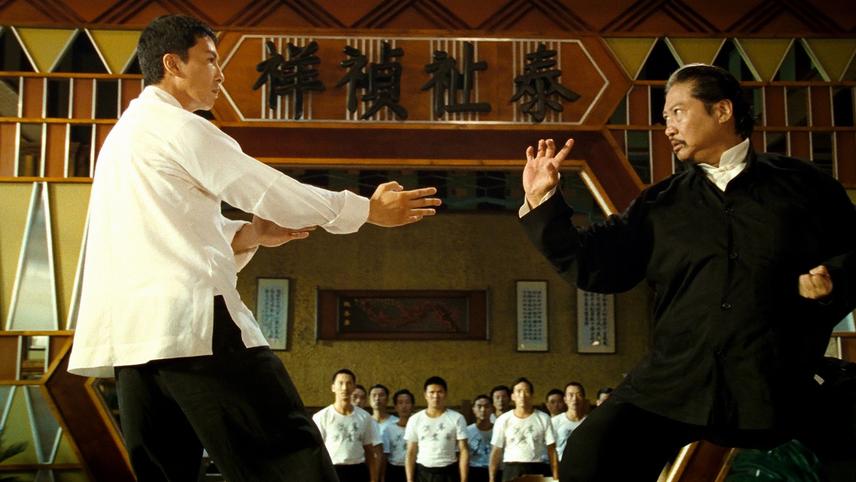 The story of the sequel to ‘Ip Man’ follows the life of Ip after he has escaped from Foshan. He has begun a new life in Hong Kong and tries to open a school there. He is initially met with resistance, but then the other teachers slowly begin to respect him. When one of the teachers is brutally killed by an outsider in a public match, it is up to Ip to uphold the honor of Chinese martial arts. Before the movie ends, a young boy named Bruce Lee comes to Ip asking him to be his trainer. 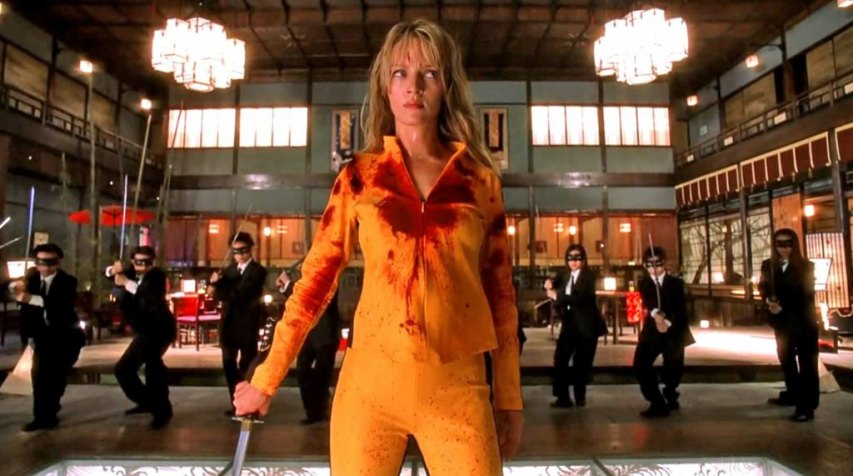 Probably the only English film that features martial arts sequences comparable to a Hong Kong production, ‘Kill Bill: Volume 1’ is Quentin Tarantino‘s homage to the genre he so dearly admires. It tells the story of how Beatrix Kiddo managed to kill her first two victims from the Deadly Viper Assassination Squad’. She kills Vernita Green in a solid hand-to-hand combat which ends with Kiddo throwing a knife to get the job done. Later, she goes on to kill O-Ren Ishi, another member of the squad who is now the boss of the Tokyo underworld. They fight in a bar called The House of Blue Leaves. Here Kiddo fights the Krazy-88 to get to O-Ren. 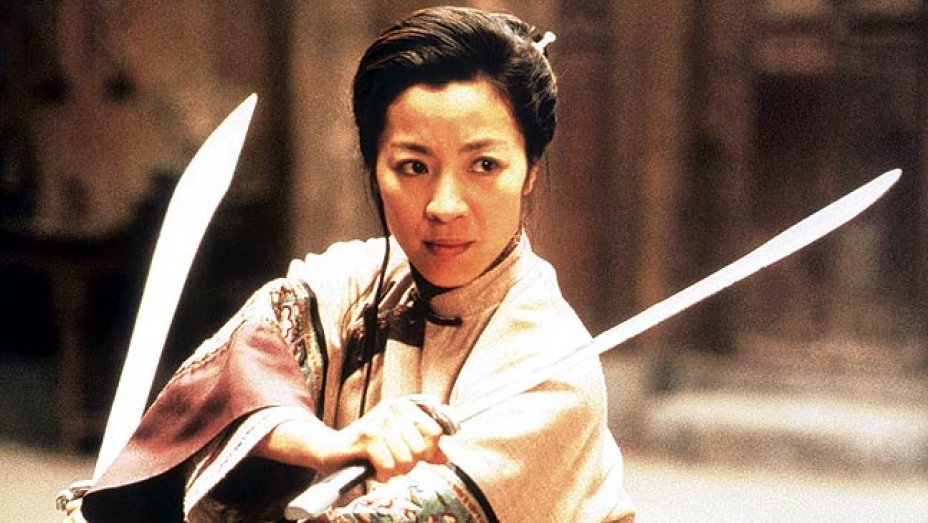 Directed by Ang Lee, this wuxia film stars one of the biggest superstars of Hong Kong cinema, Chow Yun-fat. It is a grand epic told through exemplary martial arts work and beautiful cinematography. It is the story of two experts in martial arts who never got to be together because of a promise they had made to a common friend. They have to fight an evil woman called Jade Fox who steals a sword from Chow’s character Li Mu Bai. ‘Crouching Tiger, Hidden Dragon’ deals with several themes which are very important to this genre, including master-student relationship, the use of poison, and how women are also a part of martial arts. Ang Lee’s direction received high praise from critics across the world. People loved the epic-like telling of the story, and how drama, romance, and martial arts blended flawlessly in this film.

Released a month after Lee passed away, ‘Enter The Dragon‘ is among the most famous martial arts movies ever made. Bruce Lee’s character is named Lee, who is a proficient martial artist. He has been approached by the MI6 to bring down the criminal world a man called Han has built on his private island. Lee works undercover as a participant in a tournament Han organizes, where he manages to recognize and kill O’Hara, the man responsible for his sister’s death. Lee goes on to find out that Han keeps hundreds of people as prisoners to carry out experiments or test the drugs he manufactured on them. The fight sequence between Lee and Han inside a room of mirrors is an absolute classic.