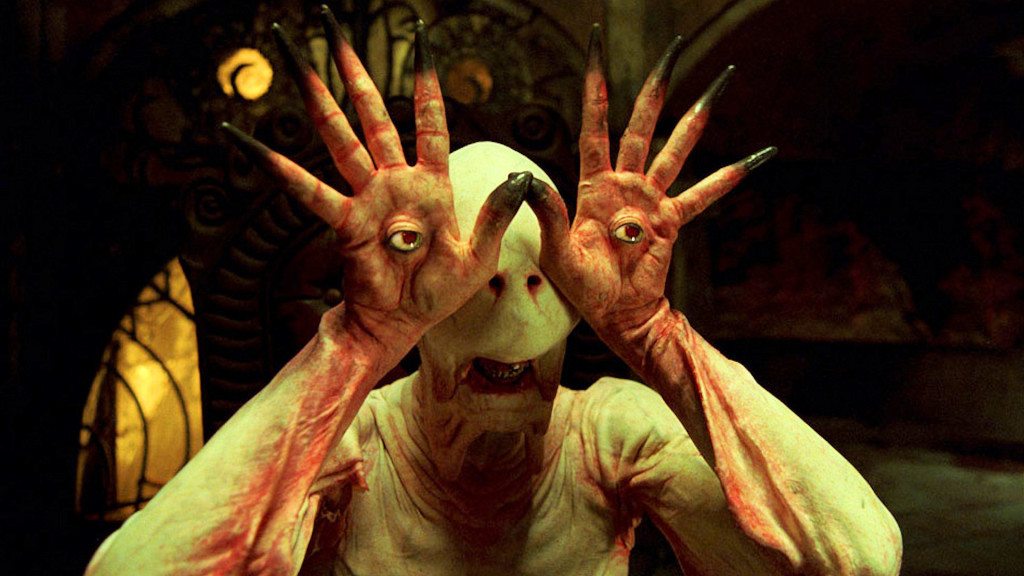 ‘Monsters can be these destructive hostile creatures that wage wars against humanity or they could also be huge friendly giants who mean no harm at all. Monsters could be living in the heads of normal humans or they could just be imaginary projections of a kid’s mind. All movies have their own unique way of portraying monsters. For example, ‘Cloverfield‘ captures monsters from the perspective of a social media millennial generation where the protagonist’s point of view is from behind a camera.

Then there are movies like ‘The Babadook’ that shows a monster right out of a child’s storybook. ‘It Follows’ is another film somewhat of this genre and arguably one of the best. Funky aliens, man-eating beasts, hilarious trolls or even the evils that live inside dark spaces of our souls, whatever kind of monster that may be your thing, you can now watch these at the comfort of your own home (Thanks to Netflix). Here’s the list of really good monster movies on Netflix that are available to stream right now. Most of these can be classified as scary monster movies. 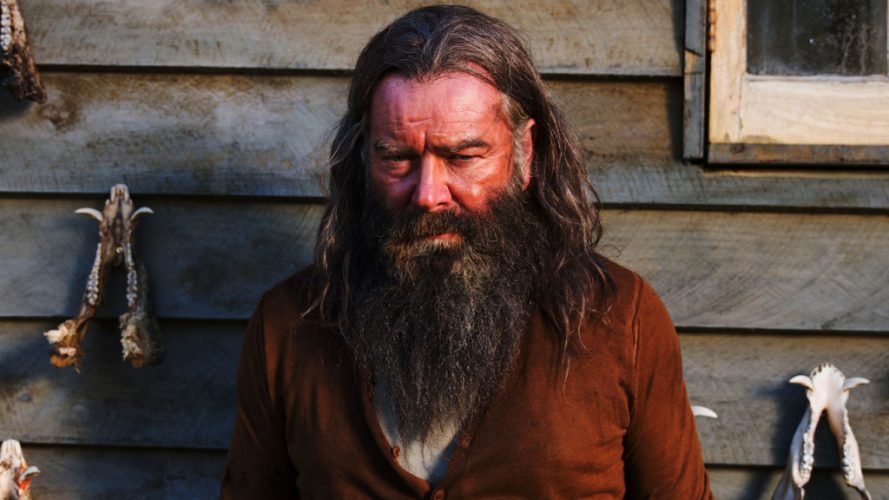 Monsters sometimes are not these real-life creatures but they can be in the form of humans as well. This is a true story based in New Zealand that portrays the story of a young girl who moves to a new city when she finds a tutoring job. Expecting to have a peaceful retreat in the isolated farm where she gets the job, she gets something that turns out to be the complete opposite of what she had expected. She is raped and mentally tortured for 6 months until she decides to plan her escape. The movie shows the shocking reality of Stockholm Syndrome and also how some humans can themselves be “monsters”. 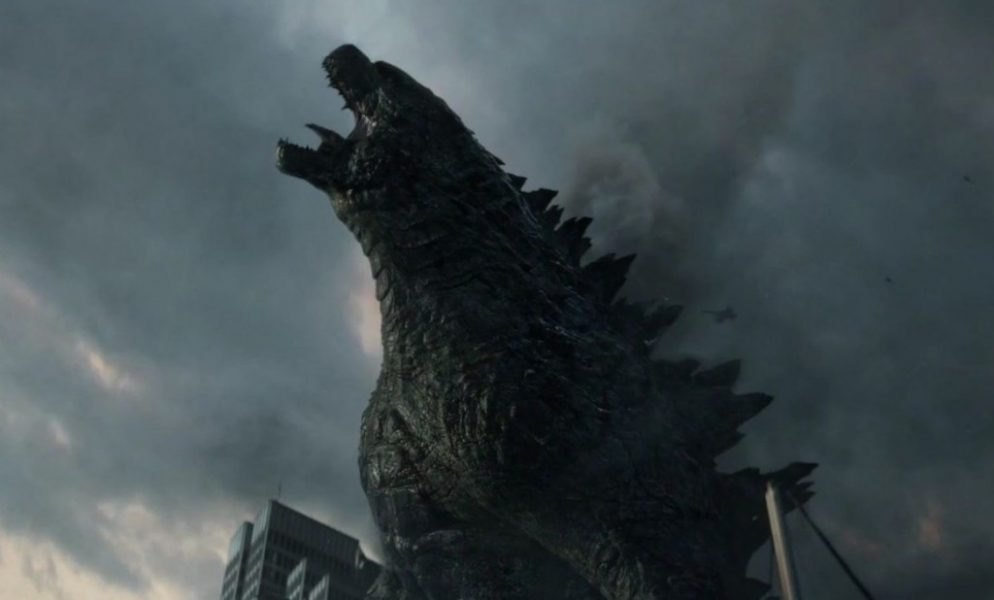 A gigantic monster that looks like a huge genetically mutated lizard attacks New York City. The US army tries to stop this creature from spreading mayhem and protect the people from the monster that leaves destruction with every step that it takes. Meanwhile, a team of scientists works together to understand the origin of this reptilian monster so that they can decipher a way to bring an end to it. The movie runs a little too long and the characters do get a little goofy at times. But overall the movie is entertaining and deserves to be seen at least once. 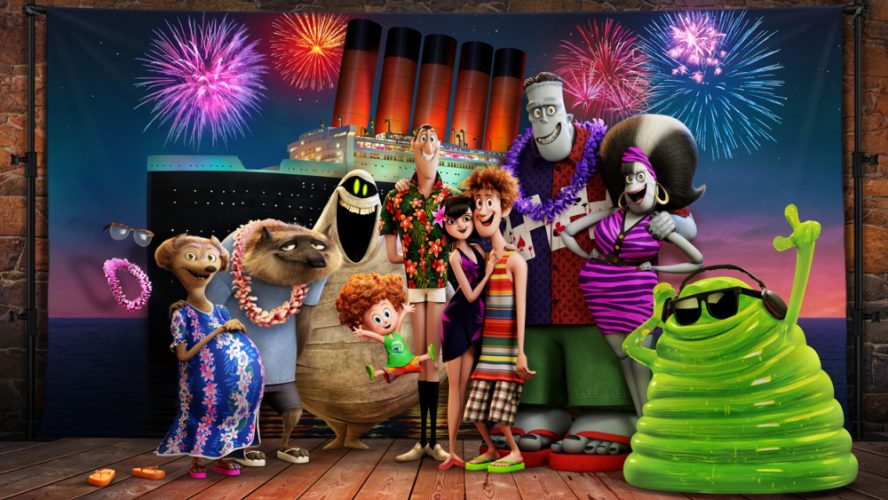 In this third installment of the animated movie series ‘Hotel Transylvania‘, the monster family goes on a vacation on a monster cruise so that Drac can take some time off from his own hotel. The cruise has everything fun the monsters could have asked for, from moon tans to monster volleyball and excursions. Amid all of this Dracula falls in love with the Captain Dracula who hides a secret that may put the lives of all the monsters on board in danger. The movie is fun just like its other installments and will keep you and your kids captivated throughout.

The Scooby Doo cartoon series and movies always gave out a deeper message that most of us miss out on. Most of the times ghosts and monsters are just people who have some personal evil intentions of scaring others. This one has something similar to offer. The Mystery Inc, team go to a town called Coolsville where an exhibition of costumes has been organized that showcases fake suits of all the criminals they caught in their previous cases. Before the show even starts, all the costumes are stolen by a masked monster. The team gets together again to solve the mystery of this monster by tracing all the clues they can get along the way. This movie is for all the kids out there and also for those who are adults now but still have memories of the old 90s Cartoon Network. 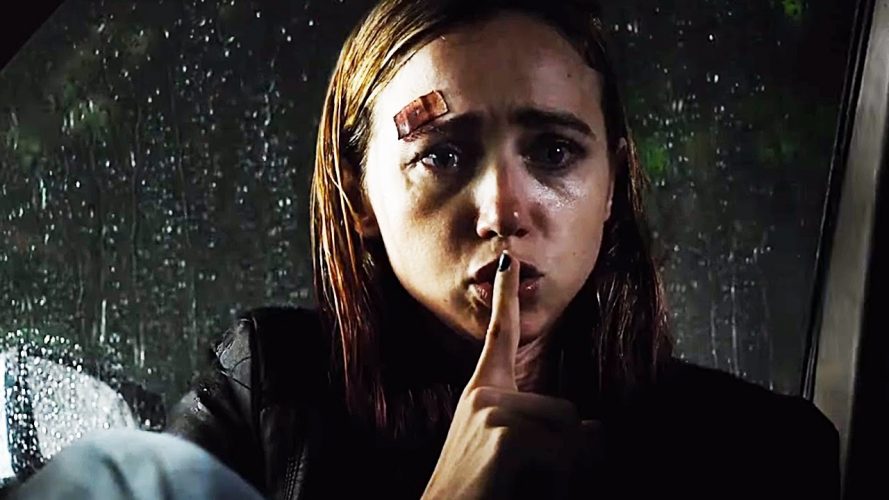 Mother and daughter Kathy and Lizzy drive down a road through the forests on their way to Lizzy’s father’s home. Their car crashes when they accidentally hit an animal that looks like a wolf. They immediately call the emergency services for help. A man named Jesse arrives with a tow truck to help them out. But before towing the car, its axle needs to fixed. While Jesse tries to repair the car, Kathy and Lizzy discover that they may not be alone there in the middle of the aloof roadway. And Kathy who had been scaring Lizzy all along with fictitious tales of monsters realizes that monsters do exist in real life. Will they ever reach home or will they be the next prey of the thing lurking in the woods? 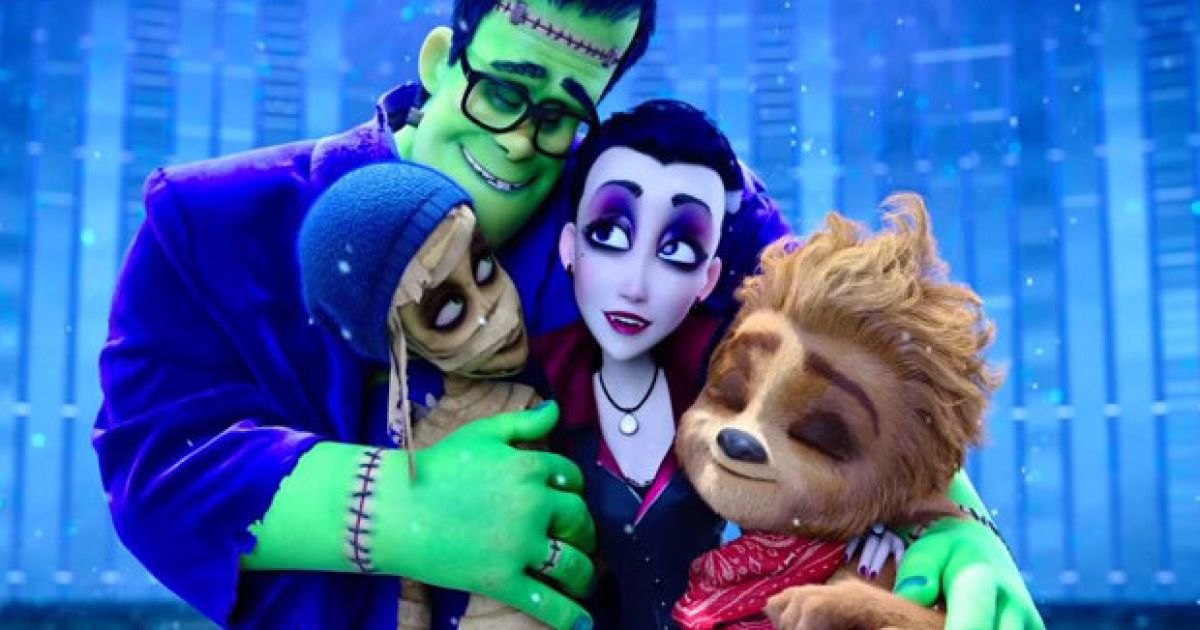 The Wishbone family is like any other family living a happy life together. But things don’t remain normal for them when they decide to go on a family night out during which they encounter a Witch who lays a curse on each of them and turns them into weird looking monsters. The son turns into a hairy monster, the daughter becomes a mummy, the mom turns into this scary looking goth vampire and the dad becomes Frankenstein. The family sets out on an adventure to find the witch and make her transform them to their normal selves. Along the way, the family develops an unimaginable bond which makes them realize that they love each other regardless of who they are and what they look like. 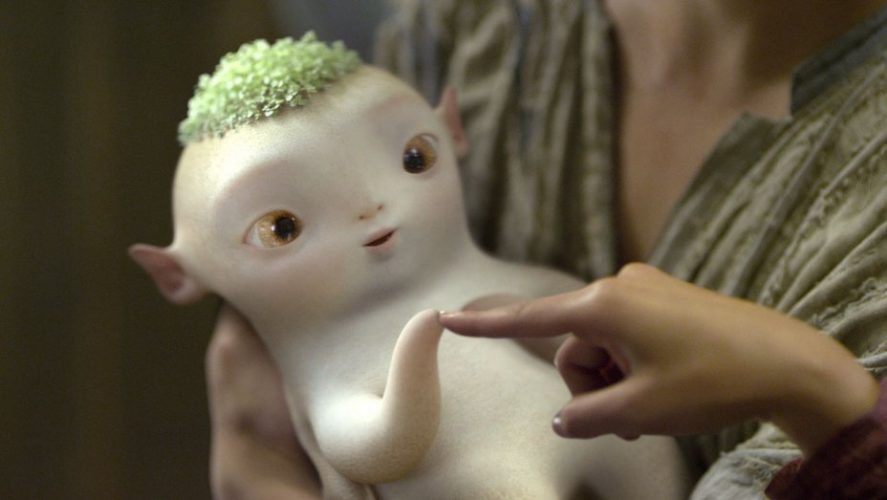 In a parallel world somewhere monsters and humans probably co-exist. That’s what they show in this film. A medieval China where monsters rule the world and humans just exist. In this strange world, a new monster is born to a human and his monster wife. This is where the adventures of a little monster begin when humans who hate monsters feel threatened by this kid and set out to capture it while monsters try to capture it before the humans can lay their hands on the cute little baby monster who goes by the name Huba. ‘Monster Hunt’ is a strange fantasy movie that is delightful and fun to watch. It has some great action, comedy, and crowd-pleasing entertainment. 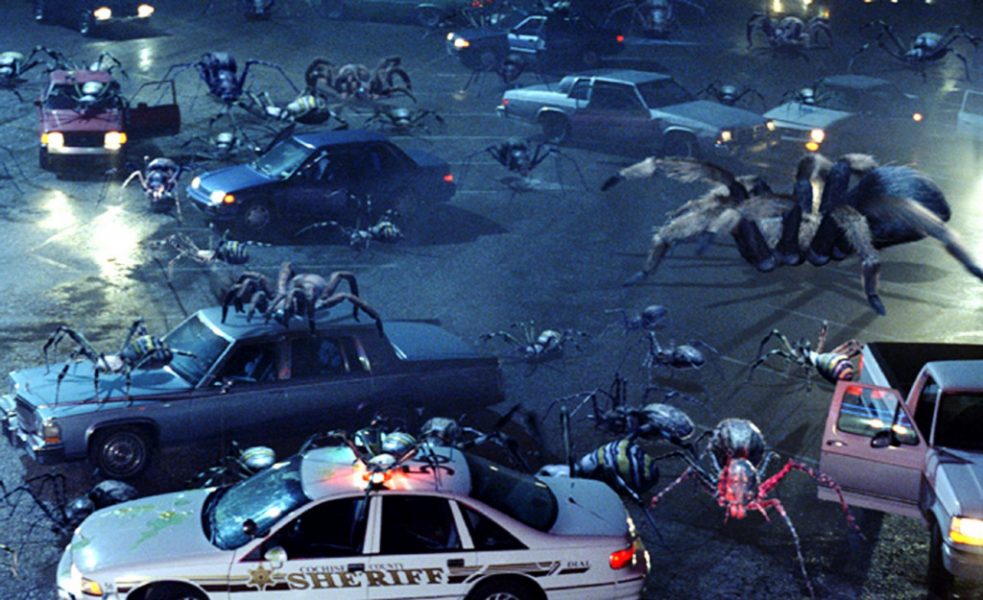 Spiders remind me of the look on Ronald Weasley’s (Harry Potter) face when he lurks in the forbidden forest with Harry and has to deal with some huge spiders. Now most of us are no “Ron Weasleys” and we don’t suffer from Arachnophobia. But having a phobia of spiders is one thing and having a fear of giant spiders that are as big as cars is another. This movie is not just a nightmare for the ones with Arachnophobia but also scary for the ones who don’t fear spiders. Venomous spiders turn into these giant bloodthirsty creatures when they are exposed to a toxic chemical. Now it’s the town’s responsibility to fight these creatures and protect their loved ones. 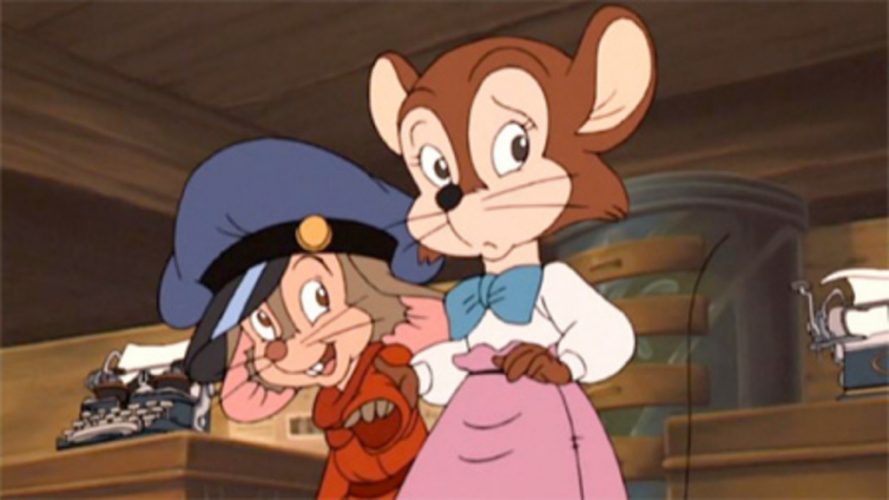 One of the many installments of ‘An American Tail’ is a movie that a whole family can sit and enjoy together. The movie follows the fun-filled and exciting journey of rodents who track down mouse nabbing creature with the help of a reporter. The third installment in the series of movies is a feast for the young and old and also has some amazing music that’ll keep playing in your head long after the movie. By the end of the movie, you’ll not only enjoy the presence of the mice on screen but you’ll also fall in love with the villain. 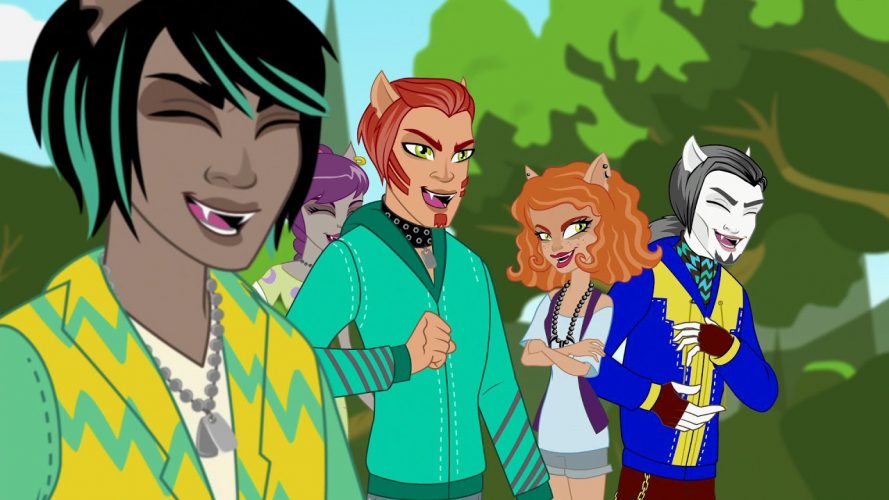 In this third installment of ‘Monster High’, the students of the school have to deal with a student integration program which completely ruins the balance of the institute and sends everything into a chaotic blunder. But four individuals, all from a different clan, get together to restore balance and diminish the culture clash so that the harmony of Moster High is restored to its original state. 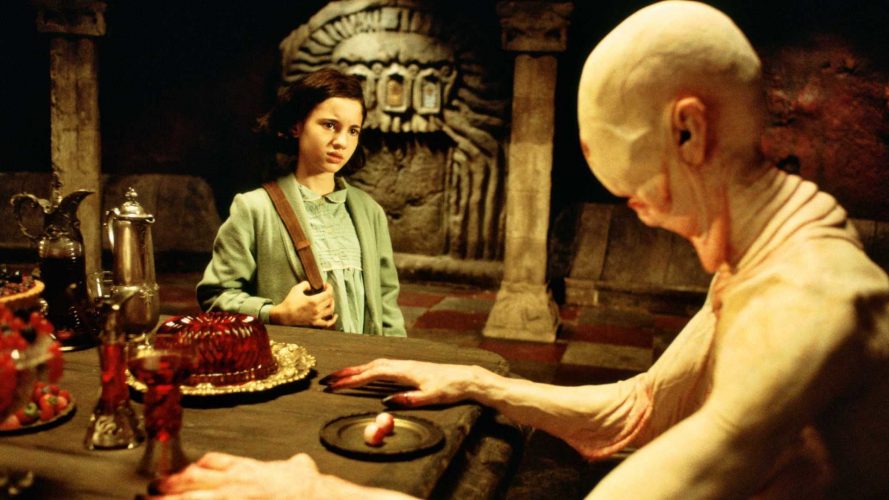 ‘Pan’s Labyrinth’ is one of the best monster fantasy movies you’ll ever watch. The film shows the story of a young girl who moves to a new place with her mother to live with her stepfather who serves as a Captain in the Spanish Army. Always been obsessed with fairy tails, one night the young girl is guided by fairies who take her to a faun that lives in the center of Labyrinth. The half human-half goat creature tells her that she is a princess but to prove her worth she needs to go through three gruesome tests that will prove that she deserves to be the princess. But if she fails to pass the tests, she will never get the chance to see her real father again. ‘Pan’s Labyrinth’ is a dark and beautiful fantasy that can be enjoyed by anyone and everyone. 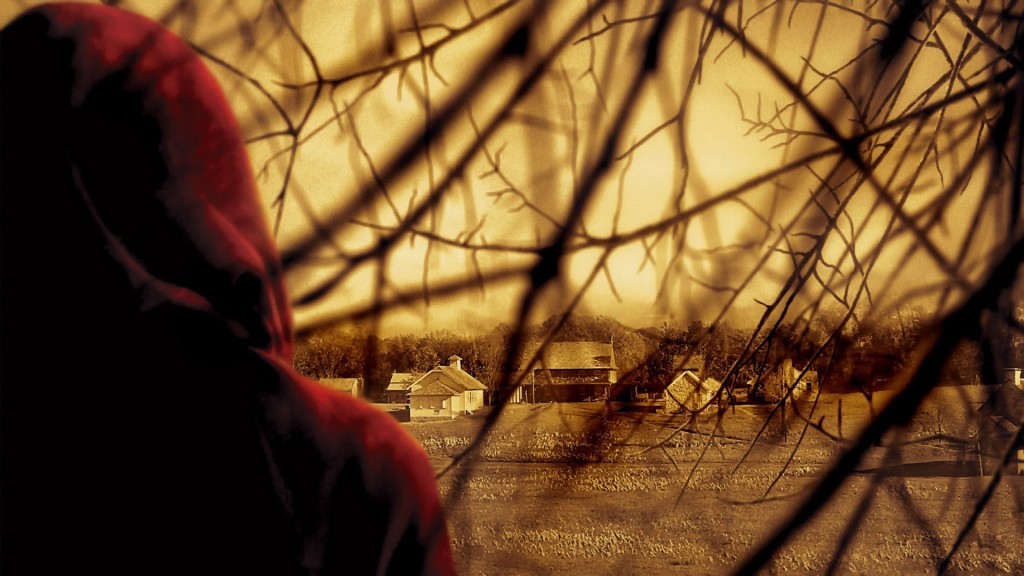 Starring Bryce Dallas Howard and Joaquin Phoenix ‘The Village’ is the dark story of a small town that is haunted by an unknown monster. The town has strict rules about how no one is allowed to leave the boundaries and those who defy the rules will end up dead. When a mentally disabled man Noah (Adrien Brody) attacks Lucius out of jealousy, a blind girl Ivy decides to leave the town’s boundaries to seek help because Lucius’s life depends on her now. This one is another brilliant and often under-appreciated film by M Night Shyamalan. If you’re going through this list right now then you have to watch this beauty. 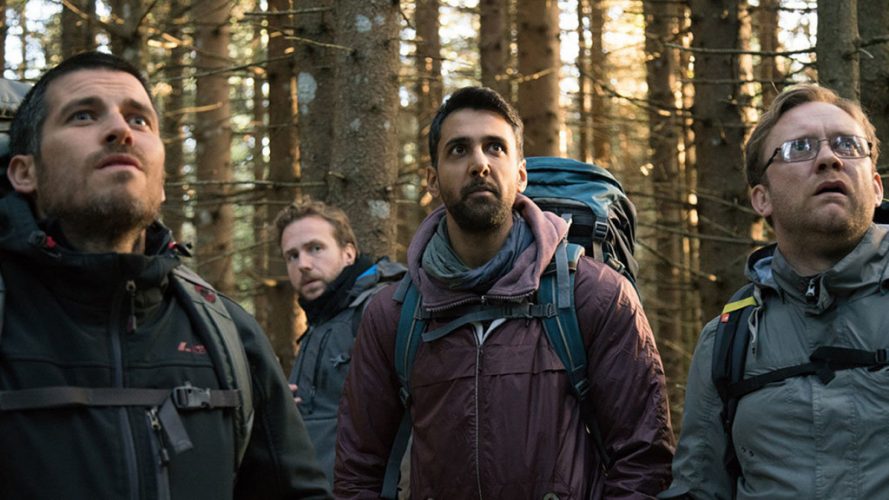 ‘The Ritual’ is the dark story of how four friends who go on a trip through a forest as a tribute to their dead friend. But everything goes wrong when they take one wrong turn and end up in the wrath of a sinister witch-like-monster that follows them till the end killing each of them one by one. But the monster has different plans for one of them. ‘The Ritual’ can get extremely dark and scary at times but could’ve done better. It is still exhilarating to watch and the intentions of the monster will keep you curious all the way up to the end.