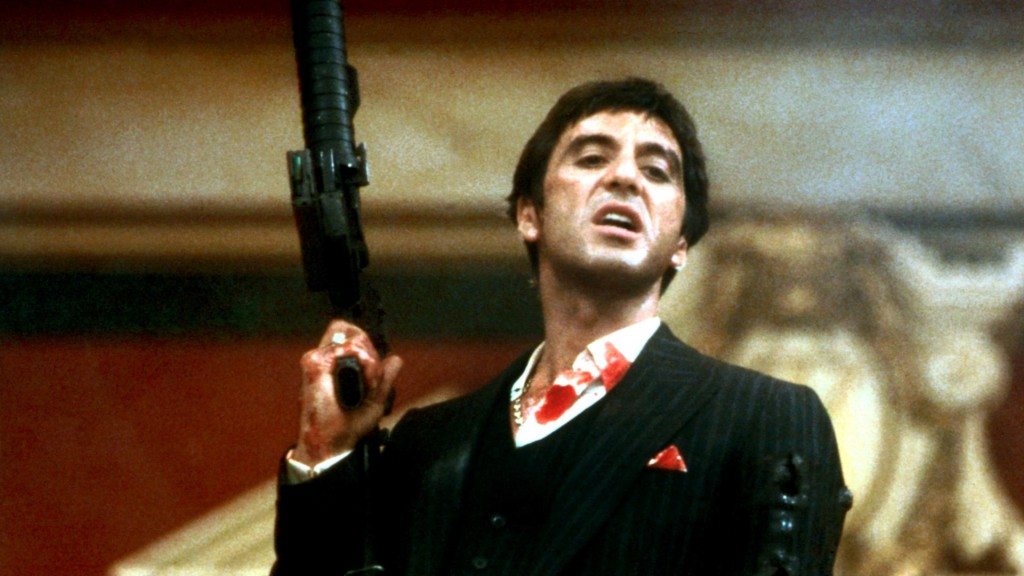 From the world falling into its own doom with visual reality to two women trying to ignite their mother-daughter relationship – 1983 saw directors venturing into a variety of themes, concepts and ideas. While some flicks broke into the box offices, others earned the critical hurrah.

For this list, I have taken in account films on the basis of the writing, direction, acting and artistic creativity.  Some brought in new life into established genres and some spawned innovative creativity. However, despite their visual, aesthetic and conceptual differences, every film on this list made 1983 a memorable year for cinema with their artistic and technical chef-d’oeuvre.  So, here’s the list of top movies of 1983. 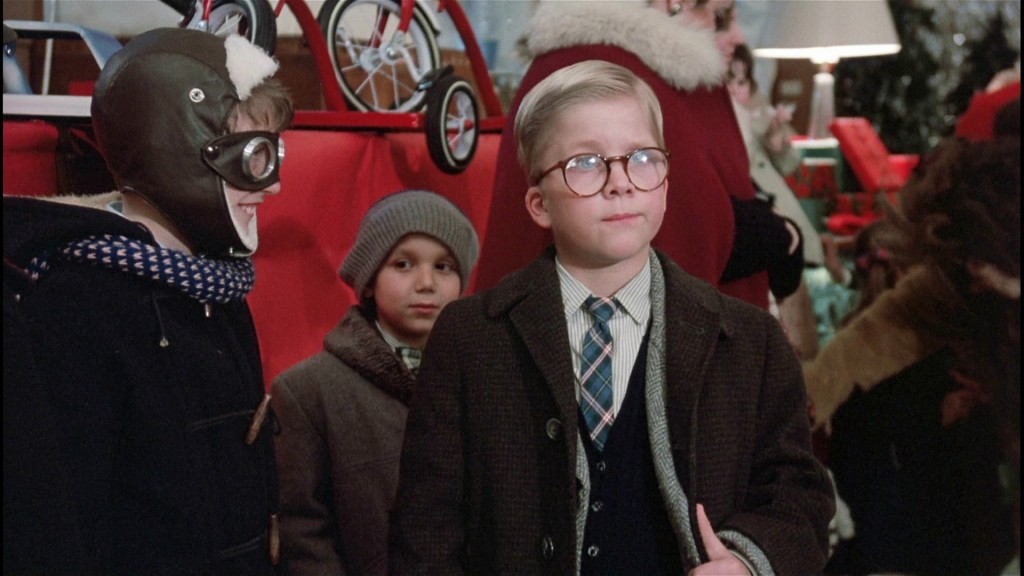 Directed by Bob Clark, ‘A Christmas Story’ tells the story of a young boy, Ralphie essayed by Peter Billingsley, attempts to convince his parents, his teacher and Santa that a Red Ryder BB gun really is the perfect Christmas gift. Set in the 1940s, the film sketches out a young soul’s materialistic journey which encompasses a solid grid of deceit and trickery. However, creating the pillars of hope are the themes of love, compassion, family and trust, which form a strong moral framework. The screenplay by writing duo Leigh Brown and Bob Clark works wonders as they intrinsically portray the thematic and behavioural contrast between Ralphie, as the character oozes out an innocent bliss as well as the sharp mind. Adapted from American writer Jean Shepherd’s ‘In God We Trust: All Others Pay Cash’, the film’s soulful narrative spawned off a sequel, titled ‘My Summer Story’ (1994) and multiple stage adaptations. 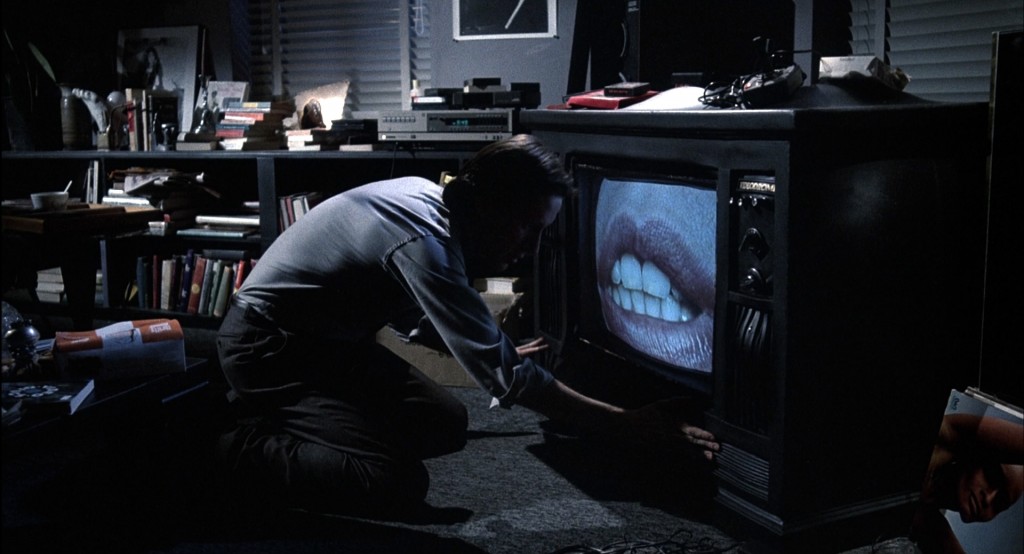 Described as “techno-surrealist” flick, ‘Videodrome’ follows the life of Max Renn, a sleazy cable-TV programmer, who upon acquiring a different kind of show for his station, loses touch with reality in a series of increasingly bizarre and violent organic hallucinations as he begins to see his life and the future of media spin out of control in a terrifying new reality. The film’s theme is based on the “prophesy” that TV would replace our perception of reality. The 1983 flick managed to infuse horror and intrigue with brilliance.

While the concept is unique to its very core, ‘Videodrome’ does not excuse itself from a solid script and direction. At a time when the world witnessed a gigantic rise in multi-media, David Cronenberg’s flick raised horrifying questions of the penetrating “techno-reality” which shocked its audiences. The curious subject matter did not help it gain a commercial boost, but the intricate direction and surreal visual presentation earned it critical applause. Named as the “89th most essential film in history” by the Toronto International Film Festival, the flick shared the spot for “Best Science-Fiction Film” at the Brussels International Festival of Fantasy Film with ‘Bloodbath at the House of Death’ (1984), and David Cronenberg won the “Best Achievement in Direction” at the Genie Awards. 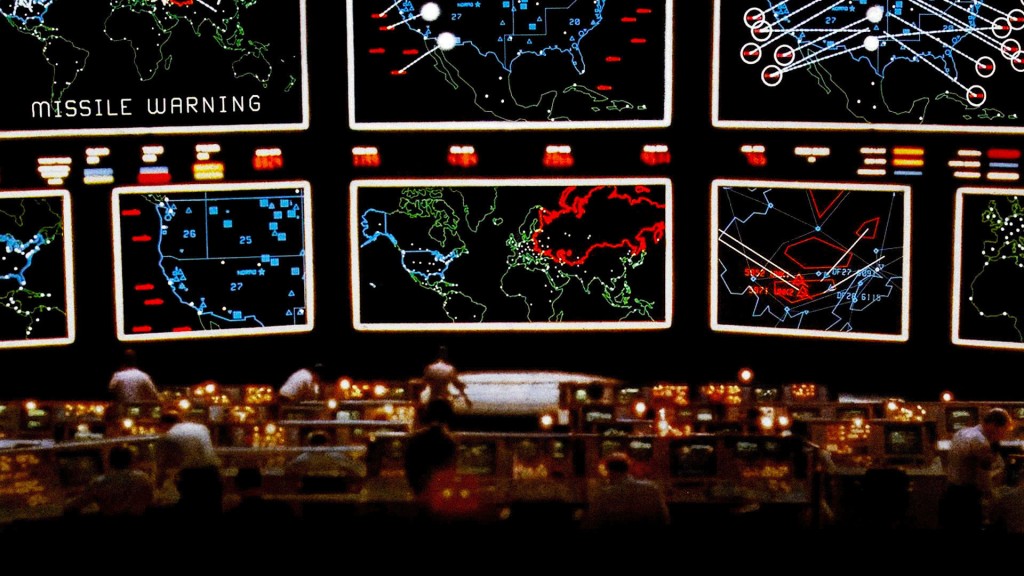 While ‘Videodrome’ started off a revolution with its “techno-reality”, ‘WarGames’ took it up a notch by infusing the genres of a war film and a science fiction. Directed by John Badham, the flick stars Matthew Broderick as David Lightman, a young hacker who accidentally accesses WOPR – War Operation Plan Response, a United States military supercomputer originally created and programmed to predict possible outcomes of nuclear war. Believing it to be a computer game, he charges WOPR to run a nuclear war simulation. Things turn murkier as the lines between fiction and reality get blurred and the world possible witness’s extinction to WWII. Like the aforementioned ‘Videodrome’ exploited the rise of multimedia, this Badham directed flick exploited the rise of arcade games and video games. Not only that, the film has often been credited to have off a tech-revolution which transcended into pop-culture and stabled firm roots.  While the film was quite ahead of its time, much of the credit goes to for writing duo Lawrence Lasker and Walter F. Parkes, who merged the technical prowess of the director and     William A. Fraker’s visual cinematography with a historical framework of a war film. Although the film was screened out of competition at the Cannes Film Festival, ‘WarGames’ was immensely lauded by top critics such as Roger Ebert. 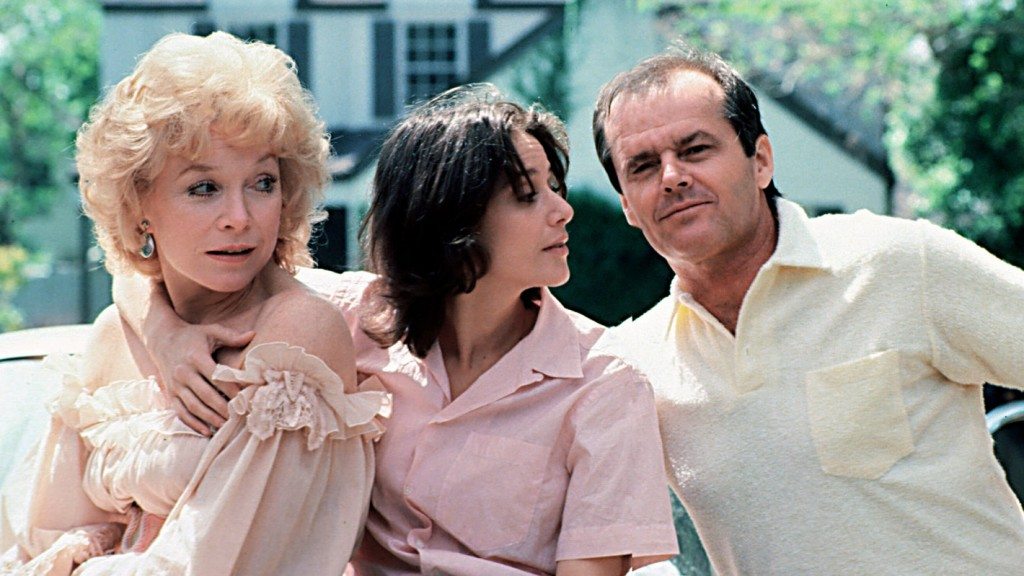 A critical and commercial darling, ‘Terms of Endearment’ follows a tumultuous, yet endearing journey between a mother and daughter. Starring Shirley MacLaine as Aurora Greenway and Debra Winger as Emma Greenway-Horton, the film is powered by their engaging discourse of such an intimate relationship. Directed by James L. Brooks, the film is set through a pattern of engaging the audience with the actors’ presentation of their respective characters with ease.  Adapted from Larry McMurtry’s novel ‘Terms of Endearment’, the film holds the narrative style of poking the repressed emotions within a person. The team’s efforts catapulted the flick into commercial and critical success. It went on to win 5 Academy Awards, which included the major awards in the “Best Picture”, “Best Director” and “Best Actress” categories. 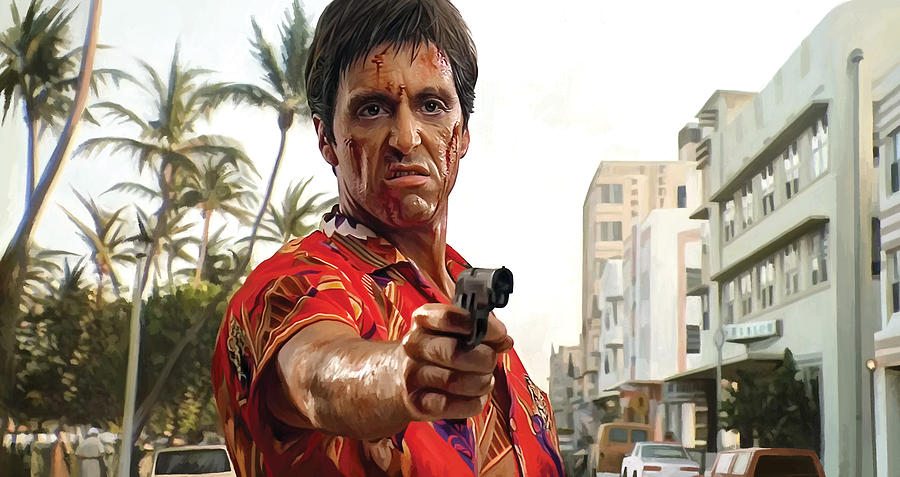 Some might call ‘Scarface’ an overrated flick, and some might call it an unnecessarily grotesque flick, but no one can deny director Brian De Palma’s genius.One of the most gritty and bloody movies, Scarface is a story about an exiled Cuban criminal who rises to be the top drug kingpin in 1980s Miami. The Brian De Palma film is often attributed by filmmakers as Martin Scorsese has a major influence on the genre of mob films. Starring Al Pacino, the film was presented by the actor himself after watching the 1932 film of the same name. The film paid focus on the drug trafficking, primarily cocaine and the rising violence in America.

Al Pacino perfectly captured the essence of the loud-mouthed and short-tempered Tony Montana who could be a merciless as Satan himself. Who can forget his famous “Say hello to my little friend” send which haunted the audience with it over-the-top gun violence? What makes it an even more classic is the fact that the initial critical comments were pretty poor as many considered the vehemence, profanity and graphic drug usage quite unnecessary. However, since then Scarface received redeemed itself and has morphed into being one of the best mob films of all time and even earned a spot in American Film Institute’s top 10 gangster movies. 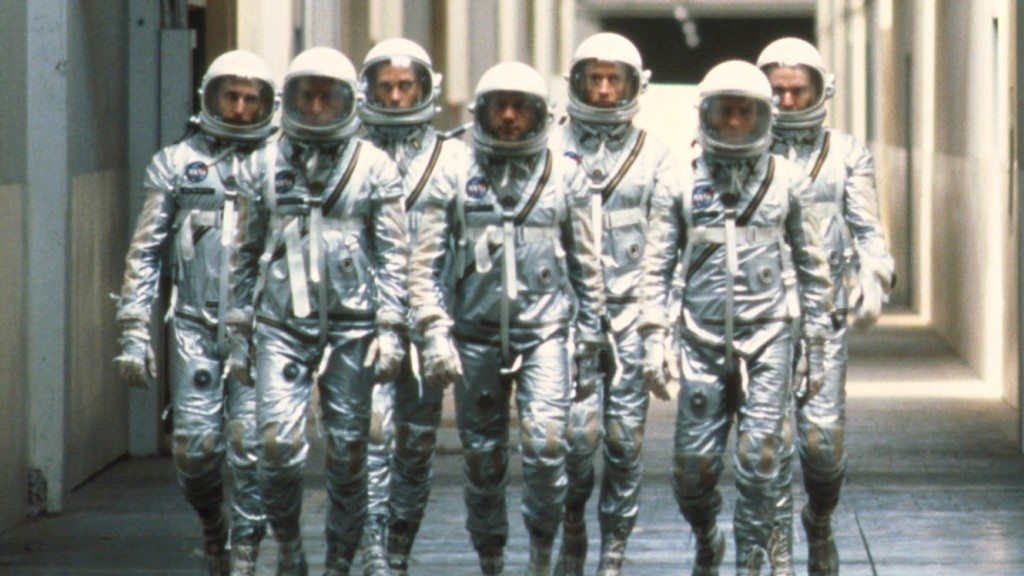 An epic historical drama film, ‘The Right Stuff’ covers the span of 15 years and recounts the formation of America’s space program, concentrating on the original Mercury astronauts. Directed by the chameleonic Philip Kaufman, the film does not use the “great achievement” as an excuse for a poor script but utilises the narrative brilliance of author Tom Wolfe to recreate an intriguing story. While ‘The Right Stuff’ could have easily stagnated, given the humongous time span, the narrative style adapted by the director from the aforesaid Wolfe, the film never seems to be chaotic or festered. The pictorial cinematography by Caleb Deschanel provided the epic essence such film requires and Bill Conti’s background score is par excellence. 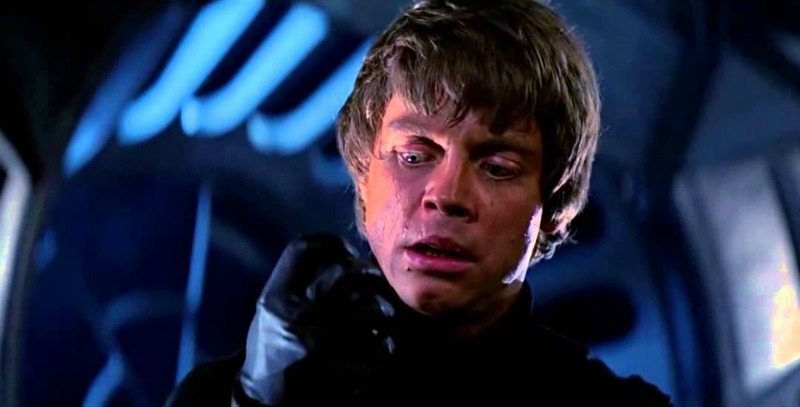 Capping off what is probably the most iconic trilogy, ‘Return of the Jedi’ broke through the commercial barriers to become the highest grossing movie of 1983. However, this is not the reason as to why ‘Return of the Jedi’ is one of the best movies of 1983. Set one year after ‘The Empire Strikes Back’ (1980), this flick takes off from a daring rescue mission conducted by Luke Skywalker to save Han Solo from crime lord Jabba the Hutt, the rebels dispatch to Endor to destroy a more powerful Death Star. Directed by Richard Marquand, the film certainly wasn’t the cinematic brilliance. While ‘Return of the Jedi’ couldn’t receive the critical applause its predecessors did. However, this 1983 space opera managed to exploit the emotions of the trilogy’s fans. Even though the film did miss the directorial genius of both George Lucas and Irvin Kershner, ‘Return of the Jedi’ strongly built a foundation on Lawrence Kasdan and George Lucas’ articulate screenplay. 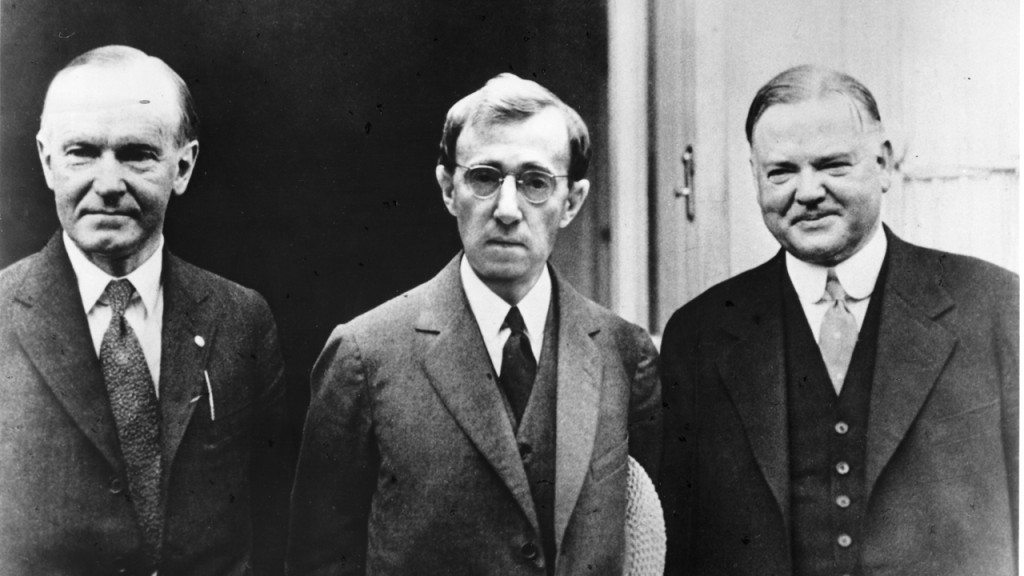 Teeming with artistic, narrative and technical innovation, ‘Zelig’ is a “mocumentary”, which recounted director Woody Allen’s penetrating period of intense celebrity status and poultry in the 1920s. Presented in the form of a documentary, it uses the psychological analyses from the contemporary intellectuals and was photographed in the style of the 1920s black-and-white newsreels. With archival footage from the era and re-enactments of real historical events, the film was unique to its core. The film was a work of artistic beauty which can be credited to Woody Allen’s enigmatic filmmaking styles. The director used newsreel footage for a classic 1920s look and inserted himself and other actors into the footage using the “bluescreen” technology. With cinematographer Gordon Willis’ brilliance, the amalgamation of the new era and the golden era looked absolutely authentic, and was rewarded with an “Academy Award for Best Cinematography”. The film’s innovative style and creative brilliance earned it a variety of critical praise and commercial applause, with some even calling one of the greatest films ever. 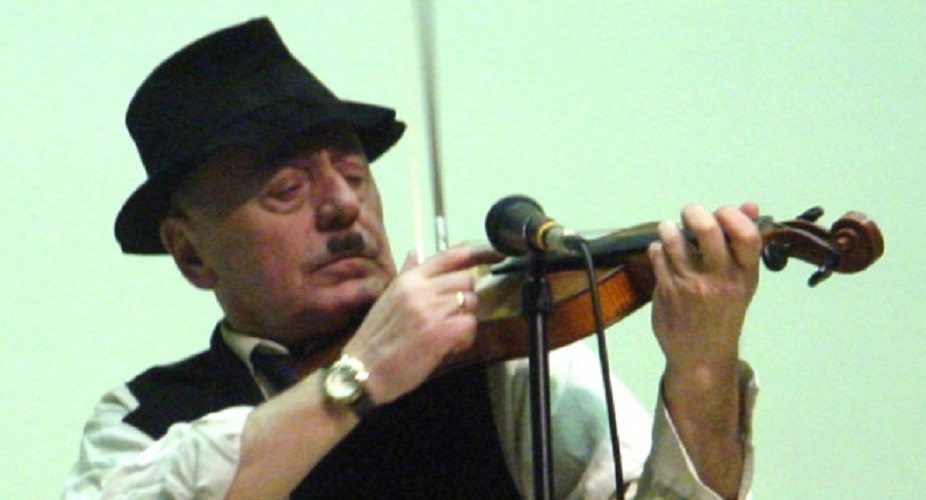 Hilarious and thought-provoking, ‘King for a Day’ is comedy-drama about a poor man, Poorco and his struggles as comically failed attempts to escape the heinous web of poverty. Illustrating the social and the moral atmosphere in Bulgaria during the 1930s, the Nikolay Volev directed flick, like any other masterful creation, is built upon a strong foundation of an articulate screenplay. The narrative never shy’s away from satirizing the Bulgarian poverty, but never makes a mockery out of it. However, what shines throughout the film is Todor Kolev’s exceptional performance. The veteran manages to grasp every nuance of the character and showcases a mature understanding of the quite polarising genres. From acting out the niches of the comic scenes to deliberating upon the serious undertones, Kolev’s performance as Poorco is a treat to watch. 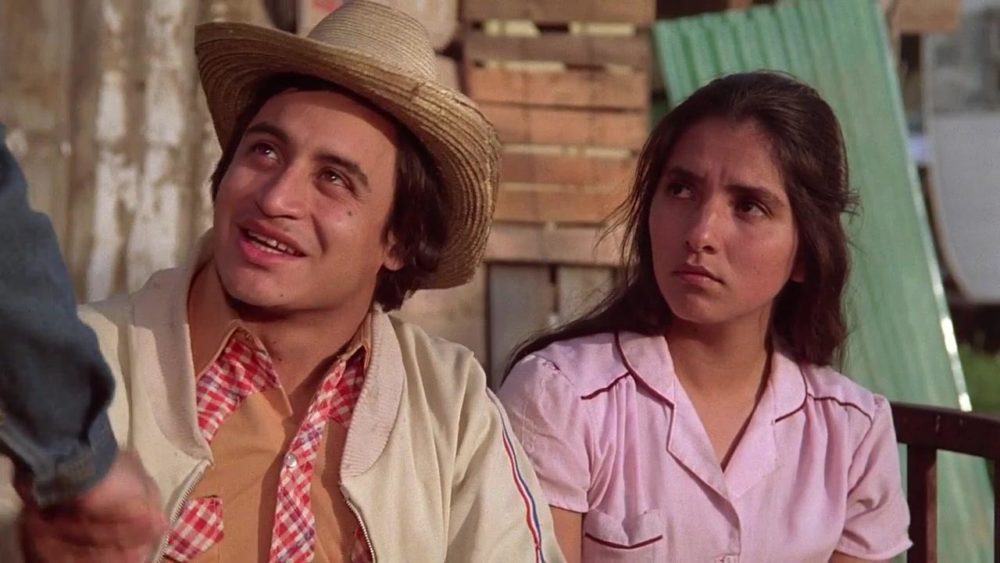 A British-American independent drama film, ‘El Norte’ is the story of several peasants who manage to escape the mindless labour and the murderous Guatemalan government head to America in hopes of something better. Released at the Telluride Film Festival in 1983, the film is knit together by magic realism, the indigenous view of the society and the Guatemalan exodus. The film is adroitly directed by Gregory Nava who crafted a tale of an arduous journey, woe and hope. Nava’s directorial craft is beautifully complemented by the narrative by screenwriter Anna Thomas. The narrative style implements the aforementioned literary concepts with impressive stability. The direction and screenplay are spearheaded by the performances of Zaide Silvia Gutiérrez and David Villalpando as they comprehend the visual aesthetic and the melodramatic sequences with brilliance. 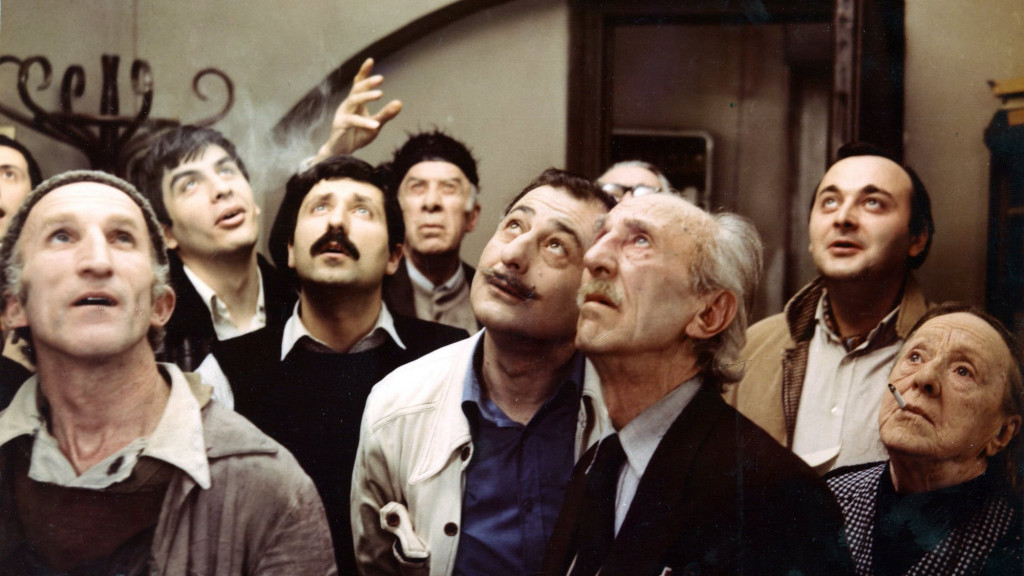 A Georgian comedy-drama directed by Eldar Shengelaia, ‘Blue Mountains’ is about a passive young man Soso, essayed by Ramaz Giorgobiani, an author who enters the Soviet-controlled bureaucracy of Georgia in an attempt to get his novel published only to be neglected and compartmentalized at every turn. Screened in the “Cannes Classics” section at the Cannes Film Festival in 2014, the film cerebrally infuses a dramatic and melancholic journey with rib-tickling satire. Employing an allegorical outlook at the bureaucratic system in Soviet Union, the film not only showcases the corruption and seething power, but also the arduous journey of the protagonist. Written by screenwriting duo Rezo Cheishvili and Eldar Shengelaia, the film’s foundation is strongly built upon by their narrative skills. The film oozes with subtleties and holds the distinction of being unique with every watch.