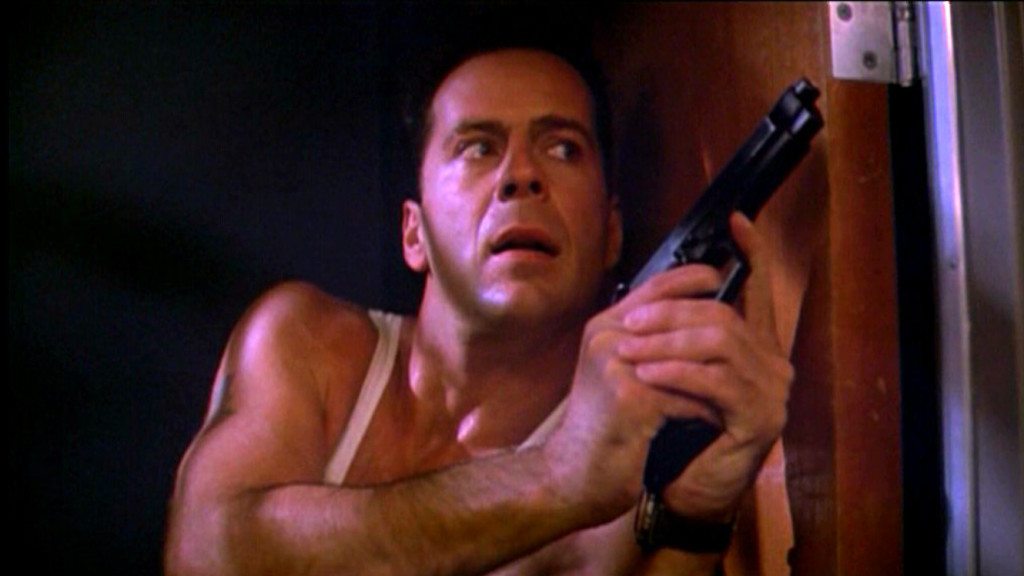 1988 was a fantastic year for cinemas. And I don’t just mean Hollywood, but world cinema. A plethora of different tales, each captivating us in their own way through a variety of acting, direction, and cinematography. These films stand apart from the run of the mill cinemas that we see each year insofar as they go on to shape us and shape our aesthetic in film watching. Here is the list of top films of 1988.

Directed by John McTiernan, this film as we all know is the first film in the now famous Die Hard franchise. The story sees off-duty NYPD officer John McClane caught in a skyscraper, held hostage by Hans Gruber and his men. Gruber is played by Alan Rickman who can make the audience easily dislike any antagonist (remember how much we used to hate Severus Snape?). The term, die hard, eventually went on to be used for any action film where the hero faces overwhelming odds. The film saw Bruce Willis become a mega action star and the film is now considered to be one of the greatest action and Christmas themed movies ever made. 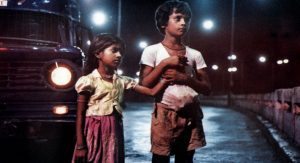 Directed by Mira Nair this film is special not only for the widespread international acclaim and awards it won but for its unique approach to acting. Most of the cast were actually street children of Bombay who were trained in special acting workshops before the film. Nair effortlessly captures the essence of Bombay’s underbelly through these people. The story is about a boy named Krishna who goes to Bombay to try to earn 500 rupees to pay for his sister’s bicycle which he burnt. Krishna, however, gets entangled in a drug and prostitution ring and manages to fall in love with one of the girls newly brought into the brothel. However, things awry for Krishna and the movie ends on the same dramatic note of separation and isolation that had plagued the protagonist.

10. Women on the Verge of a Nervous Breakdown 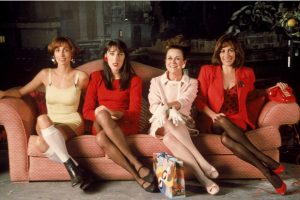 Directed by Pedro Almodovar, this film saw the rise of the acclaimed director to a platform of international recognition. The script itself is lauded for its complexity and the director’s handling of the multiple characters was tasteful and talented. The story follows the lives of a few women Pepa, Marisa, Candela, and Paulina. Their lives intersect in this black comedy and there are several scenes with a vigorous outpouring of negative emotions. All of this comes together to make this Almodovar film a roaring success and becoming one of the finer films of 1988. 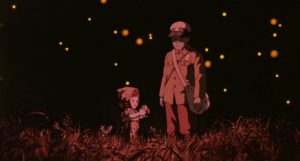 Directed by Isao Takahata, this film was produced by Studio Ghibli and follows the story of two siblings, Seita, Setsuko and a swarm of fireflies. Told in flashback after the death of Seita, by the siblings’ spirits, this film explores the last days and time after World War 2 in Japan. Hailed by Roger Ebert as one of the greatest and most powerful war films ever made, the sheer humanity and the innocence radiating in every frame, against hardships makes the movie a truly memorable experience. 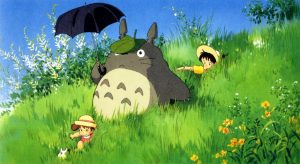 Another Studio Ghibli production, this film was directed by the legendary Hayao Miyazaki. Set in rural postwar Japan, the film is about a professor and his daughters who move into the countryside because of their ailing mother’s condition. Mei, one of the daughters befriends Totoro, a giant creature who emits roars but is incredibly gentle and sweet. Totoro went on to become a cultural icon for Japan and is as famous amongst kids as Winnie the Pooh. The film set Miyazaki on a set path of success and has been lauded in various critical circles as one of the best-animated films of all time.

7. The Last Temptation of Christ 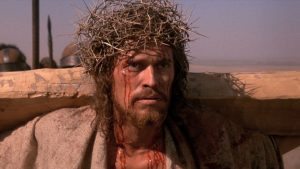 Directed by Martin Scorsese, this film explores the last days of Jesus Christ and the temptations he had to face. A stunningly made epic drama, the film received polarized reviews which is understandable given the delicate nature of its content and Scorsese, never one to compromise with artistic integrity shows a very charged scene where Christ imagines himself engaging in sexual activities. While the scene gave a brilliant insight into the psyche of a tempted man and how the strength of Jesus shone through such odds, it was not taken very well in certain circles. Nonetheless, the film remains critically lauded and is definitely one of the films to watch out for in 1988. 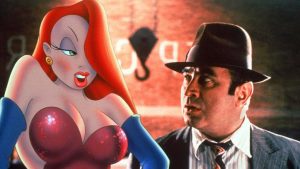 Directed by Robert Zemeckis this animated fantasy film is actually a well-crafted detective story set in Hollywood. The premise is that toons interact with humans and live in Toontown and one of them, Roger Rabbit is framed for the murder of Acme, the person his voluptuous wife was seeing. A brave detective Valiant investigates the case and finds a plot to destroy Toontown. An excellently made movie with all the twists and turns in any good Hollywood detective story, this film was later selected for preservation for its cultural significance.

5. The Unbearable Lightness of Being 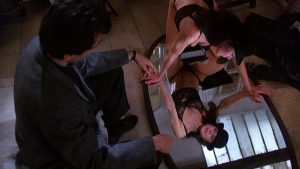 Based on the novel of the same name by Milan Kundera, this Philip Kaufman directed film is set against the backdrop of the Prague Spring. Starring Daniel Day-Lewis this film explores the consequences both moral and political through the sexual acts of a brain surgeon, an artist, and a photographer. A gripping tale which portrays the human condition and the refusal to be tied down while at the same time craving love and acceptance, this is one of the finely made films of 1988. 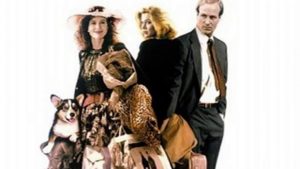 Directed by Lawrence Kasdan, this film is an absolutely sweet tale about a man who finds comfort in his relationship with another woman and though he goes back to his wife for some time out of loyalty, he realizes that he truly loves this other woman and leaves his wife for her. The relationship shown is not as much sexual as it is about emotional belonging and acceptance. The title becomes justified because the protagonist, Macon is an accidental tourist when he is with his wife, but truly at home with Muriel, the woman he feels a sense of belonging with. One of the most acclaimed films of 1988, this film was lauded critically in various circles. 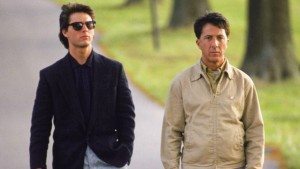 A road comedy-drama directed by Barry Levinson, this film stars Tom Cruise and Dustin Hoffman in lead roles. It is not surprising that the film was a success seeing the star cast. The acting is flawless, true, but the true brilliance of the film lies in its character handling, its script and the directorial brilliance. Hoffman’s characterization was specifically praised as the savant for the sophisticated wit and humor and the film went on to win the Academy Award and become one of the highest grossing films of 1988. 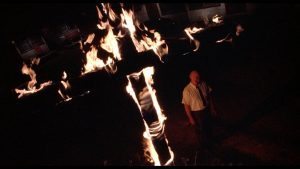 Directed by Alan Parker this film is based on a time period when black people were one of the most persecuted groups in the southern states. The Ku Klux Klan with its racist agendas was at its peak at this time and the film pulls no punches in depicting the brutality of the killings that the black people had to face at the hands of the Klan. There are scenes depicting lynching, brutal deaths of black people. It follows two FBI agents, played by Gene Hackman and Willem Dafoe,  who go to investigate a series of ethnic crimes. They find the authorities and townsfolk uncooperative and the attacks continue. While the film ends with the perpetrators receiving some form of justice, the message remains clear that the problem was far from over. The cold indifference of the Klan remains with viewers long after the movie has ended and reminds us the tyranny that the black people had to face at the hands of an organization that can only be called terrorists by any humanist. The film generally received mixed reviews but went on to be nominated for multiple Academy Awards and winning best cinematography. 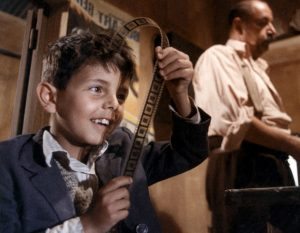 Directed by Giuseppe Tornatore, this film is definitely going to appeal to the hearts of any cinephile. A film about the love for cinema and how it unites a young boy and an old man, the film packs brilliant acting and an emotional plot to deliver a cinematic success that has been recognized and lauded by critics and viewers alike. The plot follows a flashback narrative style where an established director hears the news of the demise of his hometown projectionist, Alfredo and he is thrown into a nostalgic trip where he recalls his childhood and rediscovers his roots. Cinema Paradiso is a sublime viewing experience and is a definite recommendation for cinema lovers. The cinema went on to win the best foreign language film in the Academy Awards.