10 Best Introspective Movies of All Time 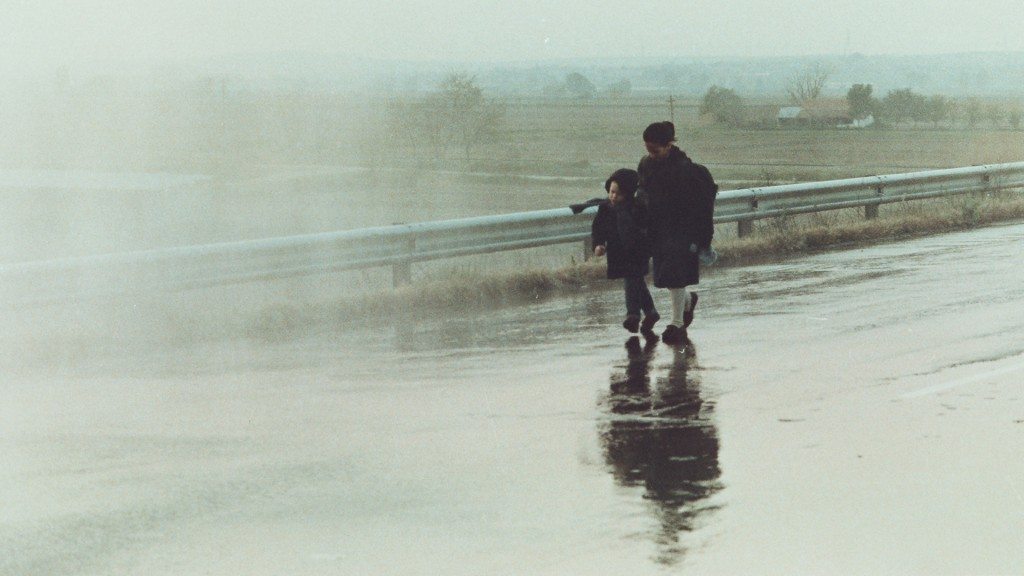 More than a simple road-trip, a journey is one that can move throughout spaces separate from our world. Many of the films below do aim for realism on rivers and routes but the majority aim for a more introspective look at the characters embarking on these voyages — rather than the places they are heading for. Magical landscapes, mysterious settings and often dangerous events punctuate the power of the movies below, sometimes to genuinely wonderful effects. All of them are worth sticking on and taking a little trip with. Again, here is the list of top introspective movies ever. You can watch some of these introspective movies on Netflix, Hulu, or Amazon Prime. 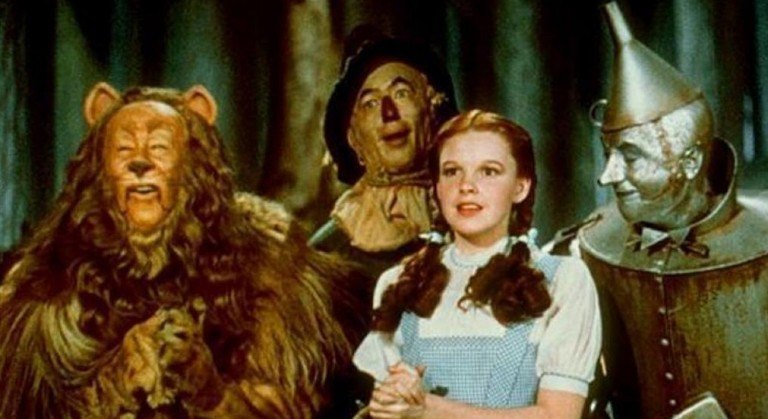 A classic to end all classics, ‘The Wizard of Oz’ continues to be a magical family adventure dripping with gorgeous designs and full of cinematic charm that exceed the limitations of being a film specifically made to share with younger audiences. Disney and Pixar have proved in recent years that their work can compete with and greatly exceed the best ‘adult’ movies of each respective year and I have to say even back in 1939 Wizard of Oz goes some way into facing off against ‘Gone With the Wind’. A fine example of a simple script with underlying intentions you don’t need to see to appreciate the winder appeal of the picture. Beautiful, enduring and just damn good fun. 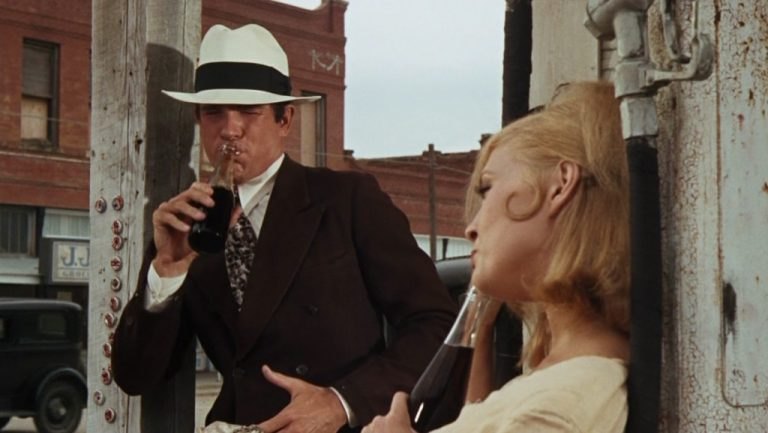 One of the most important films in the history of American cinema, ‘Bonnie & Clyde’s brutal violence and counter-cultural portrayal of criminals on the run was a spark that signalled the death of the Hayes Code- a rigid and restrictive system of movie censorship laws that were instated in 1930. As a direct result of this film, ‘New Hollywood’ began to be born and the American cinema renaissance of the 1970s began. Bonnie & Clyde itself is a fantastic portrayal of morally dubious protagonists featuring strong performances all around (notably by actor/producer Warren Beatty- who had a big hand in bringing such a controversial film to life) and a deservedly infamous ending sequence that takes cues from the ongoing French Nouvelle Vague in a scene that is both touchingly beautiful and utterly devastating. 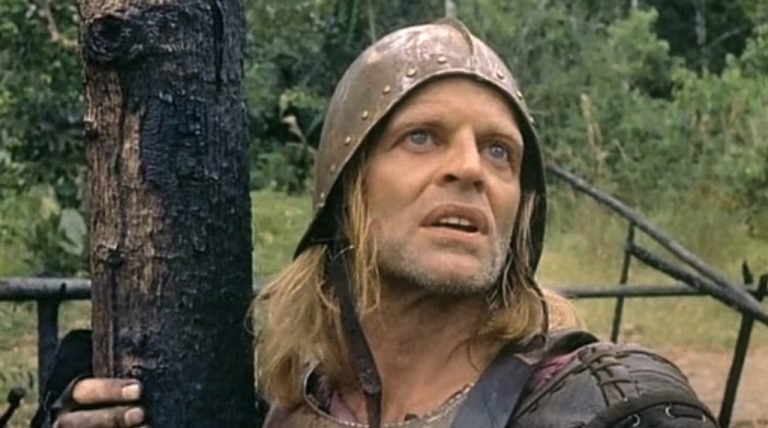 The movie that put Werner Herzog on the map- ‘Aguirre, Wrath of God’ came as a precursor to Francis Ford Coppola’s own tropical riverboat odyssey ‘Apocalypse Now’ and is quite honestly one of the most unique films I’ve ever seen. Herzog’s method often abstracts important events, leaving his audience just as confused as the bewildered company of Klaus Kinski’s titular conquistador- a man driven insane by greed, ambition and isolation. Very few pieces of work would ever match its unique level of odd intensity and creeping dread. 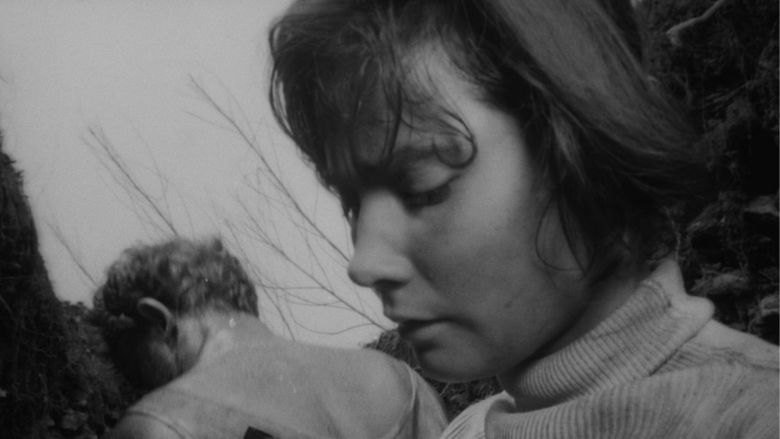 Russian director Mikhail Kalatozov’s magnum opus, eclipsing even ‘The Cranes are Flying’ and ‘I am Cuba’- ‘Letter Never Sent’ is both tragic, terrifying and inescapably human in its portrait of four explorers lost in the Siberian wilderness after a forest-fire cuts their homeward journey short.  “Pure cinema” in an essence often lost, it tackles several scenes with Kalatozov’s characteristic distance of camera and colossal shooting style- incorporating vast landscapes that even in throwaway shots feel huge. As a result, despite their early contentment, the overpowering nature of Siberia begins to taint their experience until finally nature unleashes the most devastating attack in its arsenal and they are forced to confront a fear of its all-consuming vastness. Part of its intelligence is never directly making an environmental allegory- simply allowing its audience to make those connections if they see fit whilst being drawn into the dense, beautiful and dangerous world of the great north.

Stanley Kubrick’s monolithic sci-fi has inspired countless others and gone on to be ranked by many as one of the greatest movies ever made- and it is its utter completeness that is perhaps most to thank for this near universal acclaim. Its journey begins the second you hit play- rather than Dave and HAL’s mission to Jupiter. From the dawn of mankind to our discovery of tools, dangerous dealings with forces beyond our control and eventual exploration “beyond the infinite” (realized magnificently in a still-impressive stargate sequence)- it’s a glorious piece of pure cinema. Loud, proud and ready to challenge with its intriguing ambiguity. 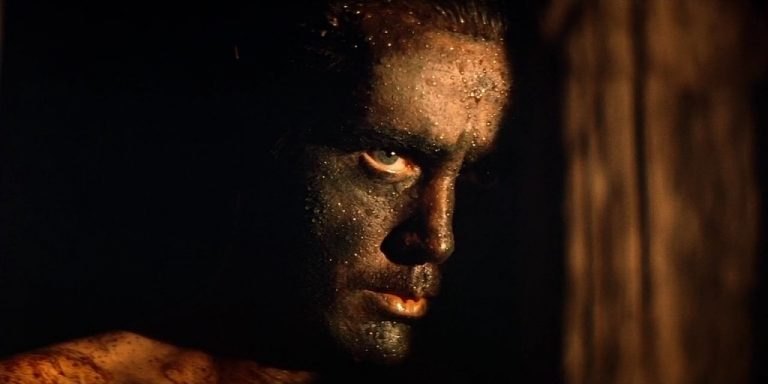 Francis Ford Coppola’s finest work by far, ‘Apocalypse Now’ tracks through the fascinatingly spare story of Joseph Conrad’s ‘Heart of Darkness’ in a wartime setting- kicking off with an inspired, hallucinogenic opening that goes so many ways in capturing the proceeding pace, tone, mood and even overall mis-en-scene of the movie. It’s definitely a film that bears the scars of its production: Meandering in places almost surely due to a drug-addled crew and consistent devastation of their sets- but in a way that accentuates the progression of Milos Foreman’s script. It’s meant to be a lucid slide down into the depths and this is a rare cast where such a volatile style of storytelling matches intention with execution and allows us to be drawn down Apocalypse Now’s loose little rabbit hole. 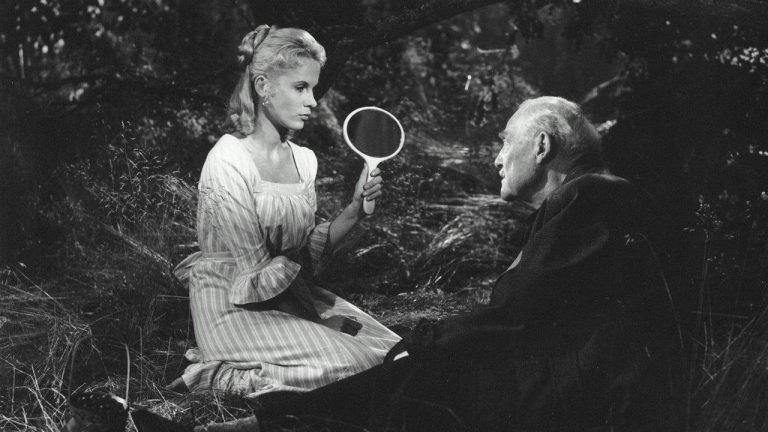 Ingmar Bergman’s ‘Wild Strawberries’ is a journey that travels across two plains. One is, of course, the countryside of Sweden as Dr. Isak Borg heads to collect his medical award- however the other is a journey into the interior. Not just to the mind, but the soul. Bergman’s careful direction and measured pace allow us to gradually come to terms with Borg’s bitterness and the subconscious force that is desperately attempting to dislodge it. The graceful introspection, lucid imagery and compelling warmth of Wild Strawberries has ensured it a place among Bergman’s most beloved features- and it is the balance between trips taken both on land and inside a man battling with himself that helps make it such an enduring classic. 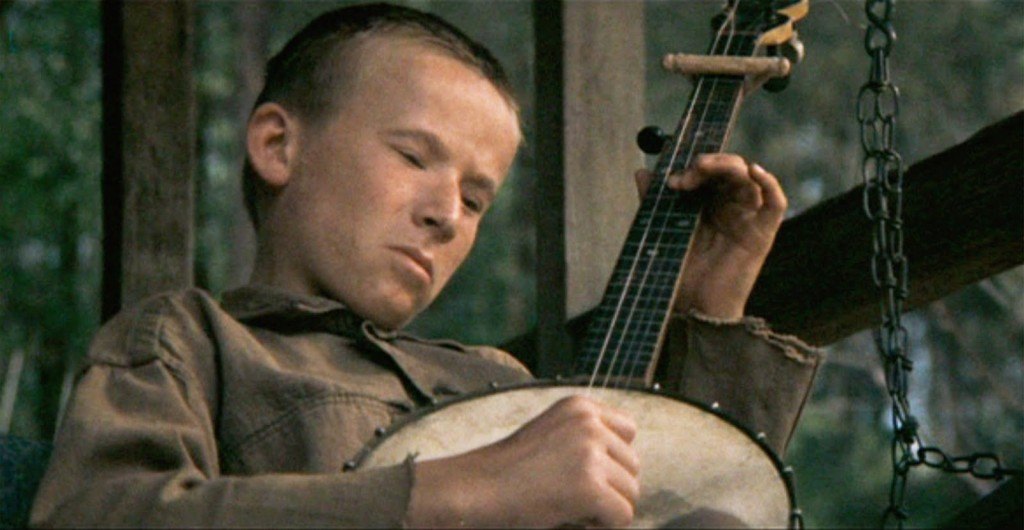 Swerving away from any “profound” intentions the surrounding films on this list hold so tight, John Boorman’s masterful ‘Deliverance’ is instead a mesmerizing display of technique and subtlety. Through holding on shots just a second too long and allowing brief pockets of vacant silence to pepper the first 40 minutes of his film, Boorman is able to cultivate an atmosphere that quiet leaks dread. Every second after its most infamous scene watches this ominous force be ignited- burning along the flanks of our rag-tag band of wannabe adventurers as they desperately make their way for the end of the Cuhulawasse river. It’s a movie that is able to transition so effectively and organically between camping trip and genuine nightmare- without ever sacrificing a scrap of its realism. Deliverance feels entirely possible for every frame it spends haunting the screen- and that is what makes it so terrifying.

2. Landscape in the Mist 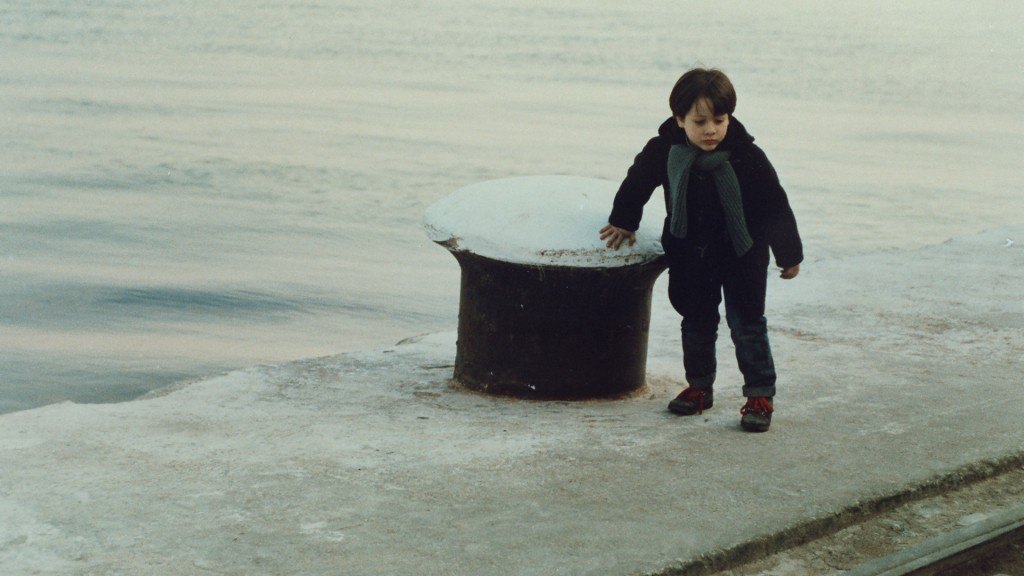 One of Greek director Theo Angelopoulos’ finest (and most accessible) works, ‘Landscape in the Mist’ follows two children who abandon their widowed mother in search of a lost father. Along the way, we are treated to the man’s characteristic neutrality- never straying too far between extremes of emotion and making every extreme feel both organic and dramatically rousing. Two scenes in particular make this 1988 drama an essential watch for all fans of cinema and especially those uninitiated with the director’s work- but I dare not spoil them. To divulge any scene or secret Landscape in the Mist holds would be to do its uniquely hypnotic power a disservice. Moving at a slightly challenging pace despite its length- the movie’s greatest moments with nonetheless move you beyond measure. A towering treasure of niche cinema. 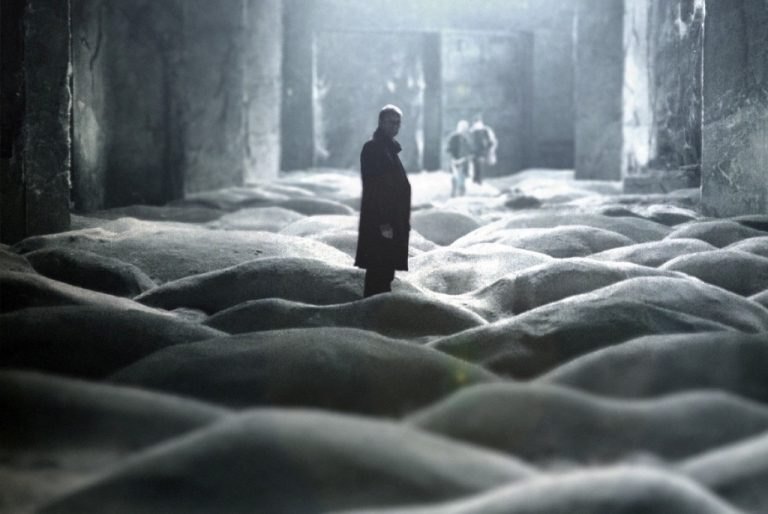 Andrei Tarkovsky’s film never reveals itself: Leaving you in a constant state of both questioning and enthrallment as you attempt to piece together ideas and stories he so patiently lays out for you. ‘Stalker’s refusal to give the audience anything other than its absorbing atmosphere makes for one of the most engrossing worlds in cinematic history: Complimented beautifully by a perfect marriage of sound design and score, the latter composed by frequent and always-effective collaborator Eduard Artemyev. Stalker allows itself to be a complete adventure through its directorial method and that, coupled with the indelible world-building the team was able to achieve, distinguishes it as the greatest journey film ever made.