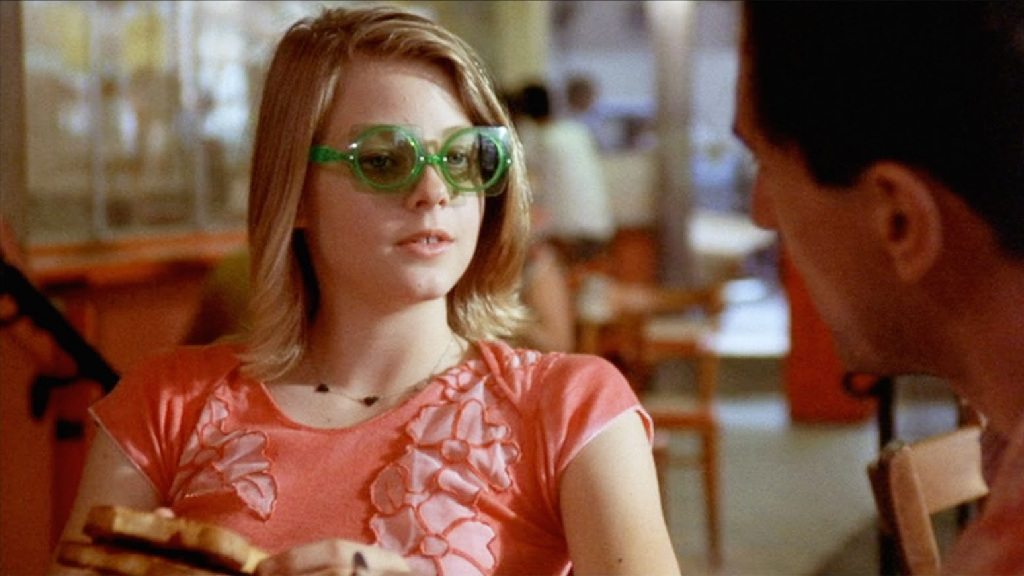 Jodie Foster is definitely one of the biggest names working in Hollywood today. Most of her films garner wide critical and public acclaim and her performances are spot-on. She broke into the spotlight with a role that I’d describe as ‘never-seen-before-in-cinema’ playing the astonishing pre-adolescent prostitute Iris in Taxi Driver alongside Robert De Niro and has never looked back since. Here is a list of the top Jodie Foster movies, selected from her vast filmography. You can watch some of these best Jodie Foster movies on Netflix, Hulu, or Amazon Prime. 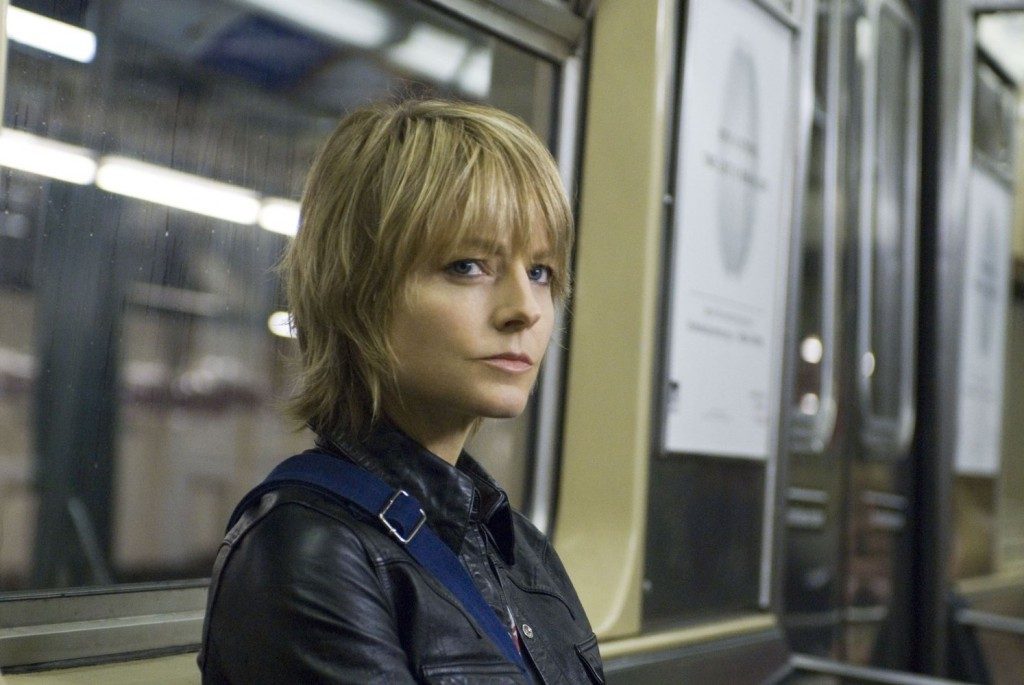 Jodie Foster loves to carry films. Her distinct gift is that she always plays as smart as her character. She inspires with authenticity, humanity and sheer will. This standard revenge tale about a woman seeking cold blooded revenge on the people who assaulted her is no exception. This film is about the way violence strips you of your identity and changes you irrevocably. It explores in detail how you can become someone even you can’t recognise in the bathroom mirror when loss, grief, anxiety, terror and depression take over. Surprisingly, there are also some lighter moments in the film, which are well-appreciated by the audience since they do not cross the fine line for humour in a movie as dark as this. 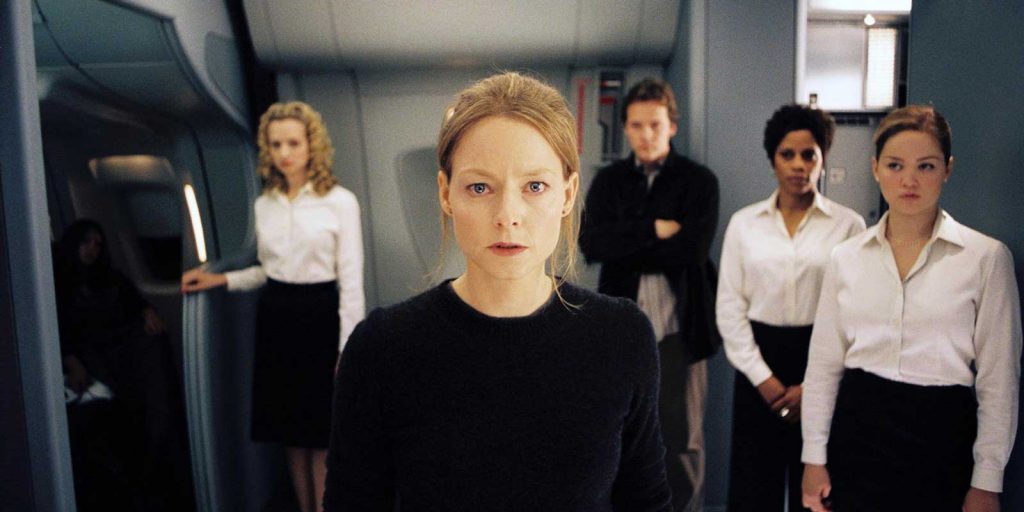 Although many consider ‘Flightplan’ to be just a version of ‘Panic Room’ which takes place in the air, it does have some merits. While the film as a whole is generally mediocre with a convoluted plot, Jodie Foster again excels with a brilliant performance. When Kyle Pratt discovers that her daughter has disappeared from a flight and no one remembers that she even existed, she faces a ‘Twilight Zone’ style dilemma while trying to convince everyone on the plane that her daughter was not just a figment of her imagination. ‘Flightplan’ also has its share of unique cinematography, with obscure camera angles and visually pleasing slow-motion shots which don’t add much meaning to the scene. The plot might not be an original one but it’s simplicity makes it a good one-time watch. 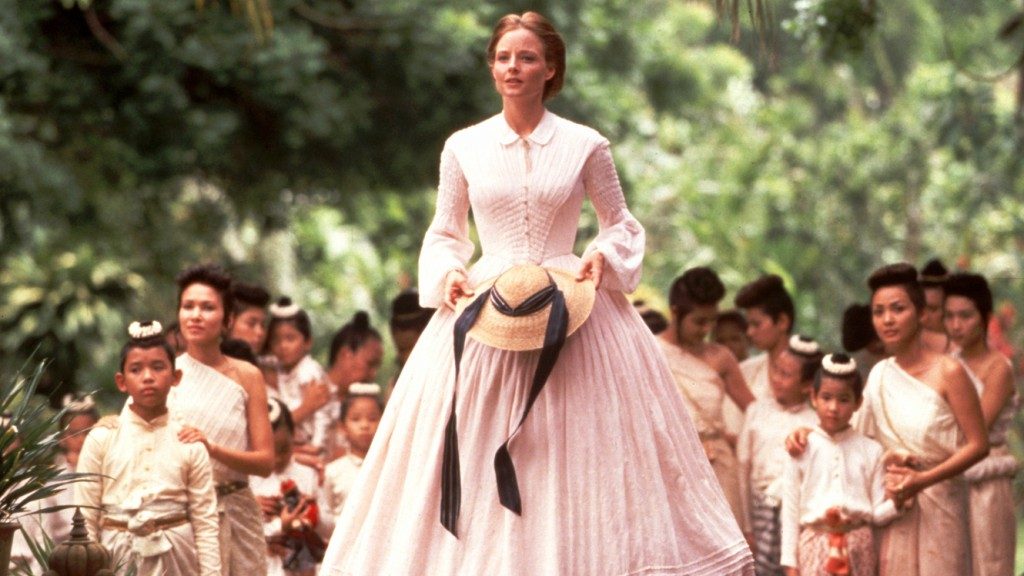 A wonderful epic set in the times of British colonisation. ‘Anna and the King’ does romanticise a true story to improve its entertainment value but it’s generous use of artistic license can be almost completely forgiven because of a pleasing final product. Director Andy Tennant weaves together resplendent visual images, wonderfully warm lighting, magnificient set design, breathtaking locations and beautiful costumes to produce a banquet of sensory delight. Foster excels as Anna Leonowens and manages to portray every aspect of this character flawlessly, right from her narrow minded views of British superiority and dominance to the loving and compassionate character she actually is. The film is wrongly regarded as ‘Oscar-bait’ when in fact is a fantastic tale of humanity. 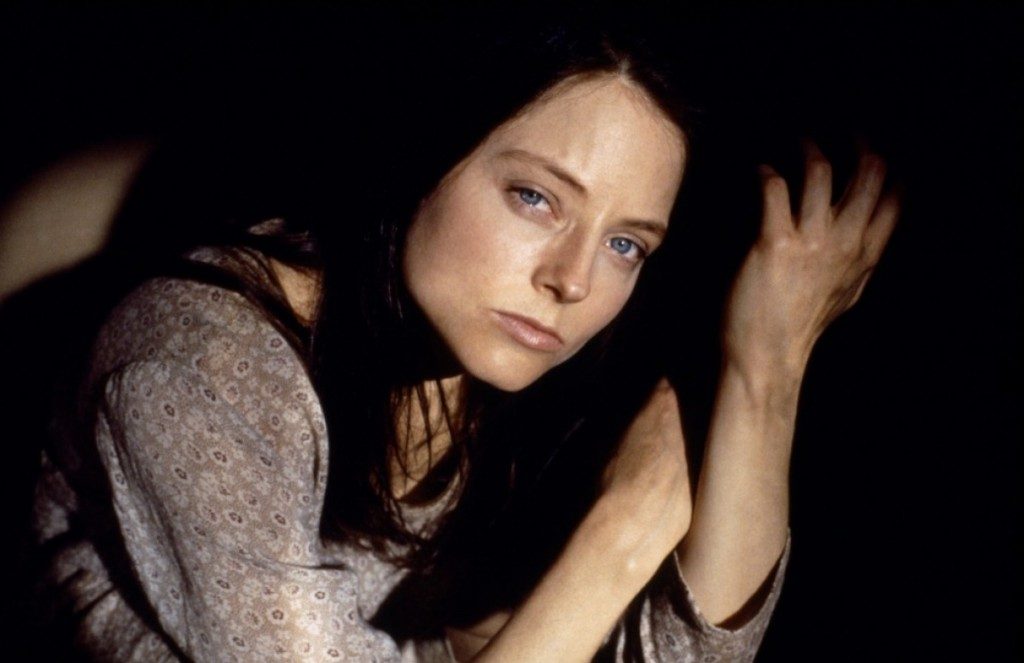 A completely cast driven film with a heartwarming story, ‘Nell’ takes you on a ride of emotions. This movie is a metaphor for human behaviour. Jodie Foster as ‘Nell’, a young woman who is diagnosed with mental illness but with a twist. I’d rate her work in this film among the best in her career. Throughout the film, she speaks in Nell’s unearthly-sounding private language but is able to use this along with gestures and facial expressions to convey a full range of emotions. The film’s power lies in the fact that it does not convey any obvious message but it has a deeply poetic and spiritual tone, deriving both from the acting of the three central characters and the exquisite photography of the North Carolina landscape. It’s a beautiful film which has different effects on different categories of viewers, some see it as a religious allegory about the redeeming power of love while others might take the film a bit more literally. 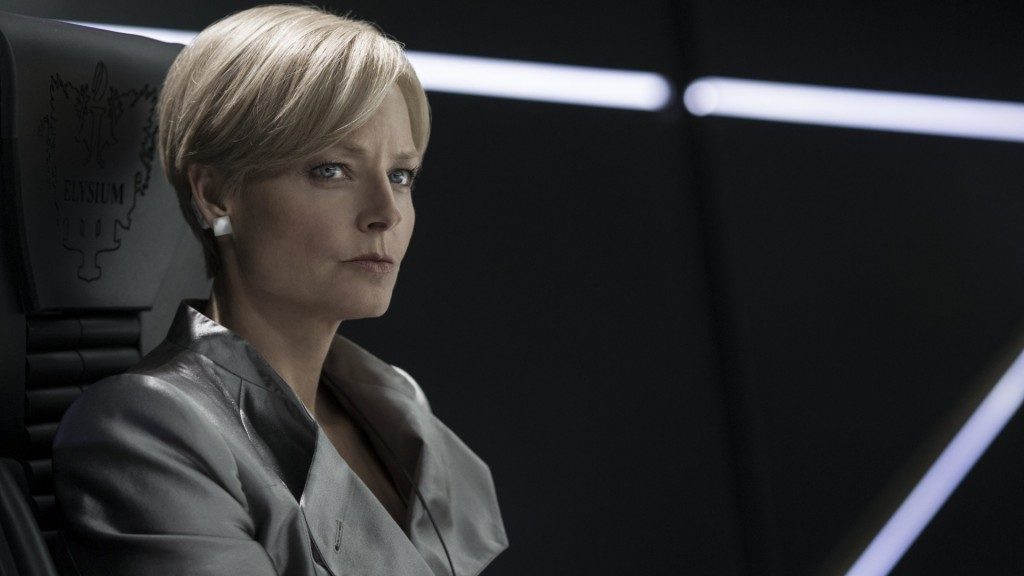 A visually gorgeous sci-fi film with some great cinematography which loses points for a weak story line. Nell Blomkamp (of District 9 fame) fails to hit the jackpot the second time around with ‘Elysium’, an average action film that moves at a good pace. Jodie Foster produces a decent performance and the film moves at a good pace but the plot and characters aren’t interesting enough. The movie as a whole is hard to get emotionally invested in. Lovers of ‘Pacific Rim’ will enjoy this treat for the eyes. ‘Elysium’ exploited only a fraction of its potential, its strengths taken individually, do feel a bit scattered but make for an overall very competent package. 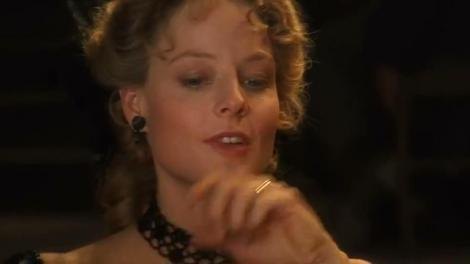 The best thing about ‘Maverick’ is the ‘fun’ feeling this movie has. The story is really strong and filled with twists and plenty of comical situations. This movie happens to take place in the old west but cannot be called a ‘western’ movie as it does enough to distance itself from the characteristics of most western films. Mel Gibson stars alongside Jodie Foster in this amiable comedy littered with some great scenes. The film has also aged remarkably well and can produce the same effect on the viewer today that it intended to have during the time of its release. Jodie Foster goes a little out of her comfort zone in this film, she isn’t usually associated with comedy flicks of this kind and still manages to produce a solid performance. 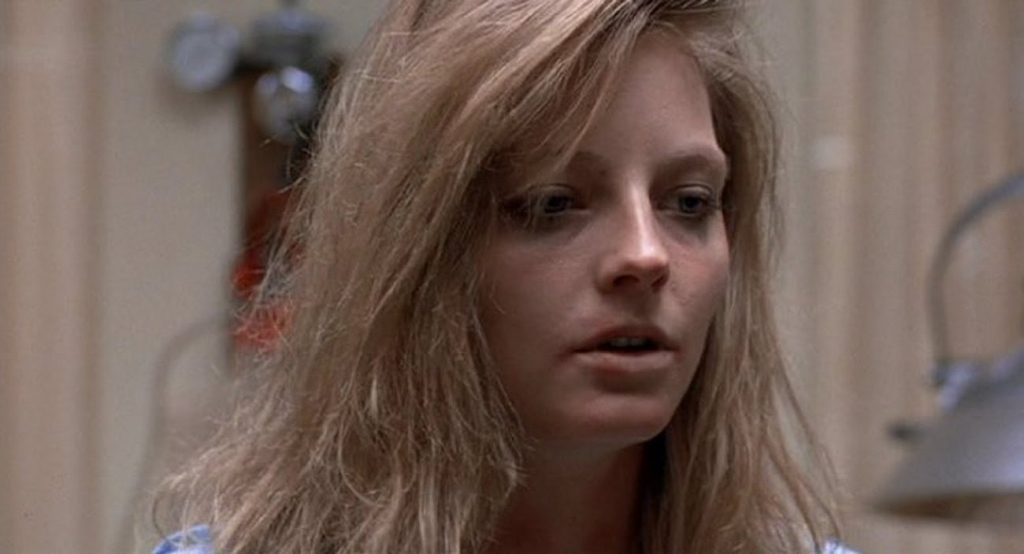 A shocking true story of a bar room gang rape in the ’80s is lifted from the headlines to become, with a little bit of dramatic license, a serious and troubling story of sexism at its worst, when the victim herself is accused of ‘asking for it’. Jodie Foster offers a courageous performance as the tough but vulnerable Sarah Tobias. A powerfully narrated drama about societal views of rape and the objectification of the female in a patriarchal society. The story line takes you from the crime, to the miscarriage of justice by an unsympathetic legal system, to the prosecution of those who goaded the gang rape. However predictable and blunt the film appears in its formation, it delivers its message effectively and succeeds in striking a chord with its audience. 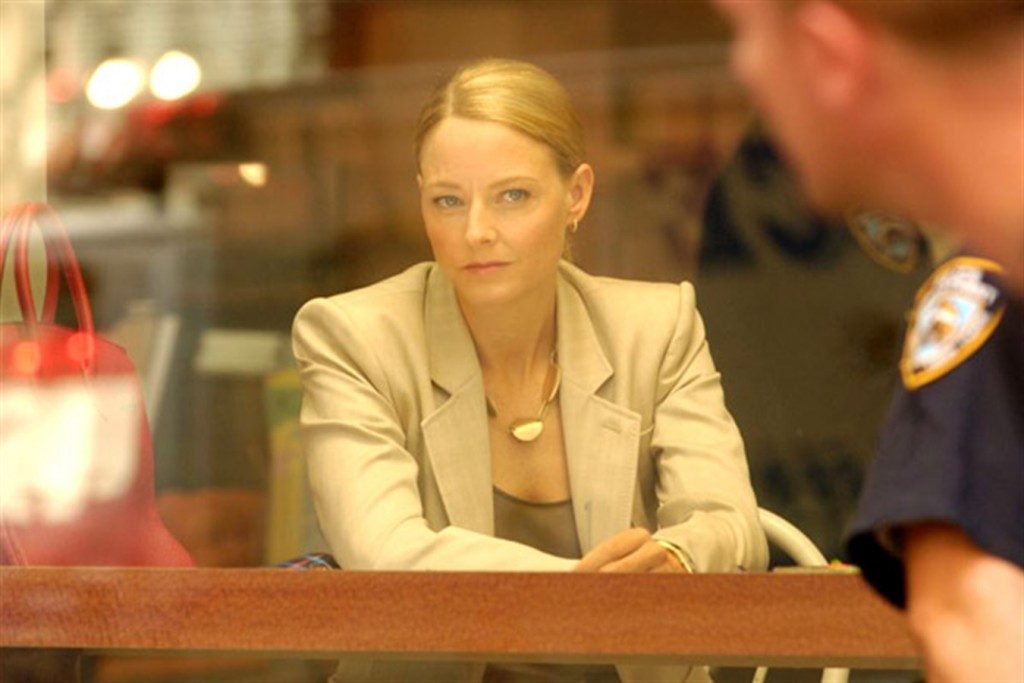 Spike Lee’s re-invigorating approach to this heist flick gives a very original and exciting feel to it. Denzel Washington and Jodie Foster excel as the leads in this taut thriller which avoids the colloquialism that alienated mainstream audiences from some of Spike Lee’s earlier work. The plot is intriguing and does not ‘spoon-feed’ its audience, something which you’d expect from any ordinary heist film. The film stays sharp with smart and witty dialogue and a good dose of suspense to keep the audience guessing until the very end. Splendid direction makes this caper a cracker-jacker piece of entertainment. 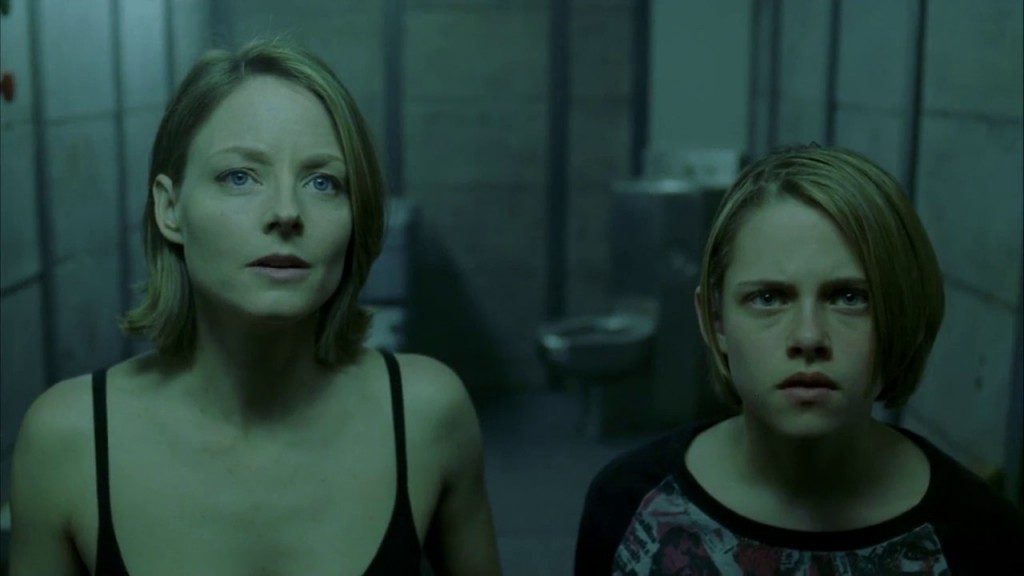 David Fincher is at the helm of this high octane thriller which features the likes of Kristen Stewart, Forest Whitaker and Jared Leto in addition to the evergreen Jodie Foster. A claustrophobic, edge-of-your-seat thriller which does fall into some clichéd moments at times but does cleverly enough to surprise the audience. The camera work is remarkable, as expected from a Fincher film, moving into the correct nooks and crannies to get the perfect shot. One of the best films in the home invasion genre that intelligently uses its location to create genuine thrills and induce exciting feelings of paranoia. The scenes which take place in the ‘Panic Room’ in particular are particularly unnerving, especially when the diabetic Sarah is given her insulin shot by one of the intruders. An A-grade, first class, fast moving thriller.

Sci-fi movies don’t get better than this. This fabulously balanced concoction of thrills, suspense, action, politics, characterisation, awe and intelligence. Jodie Foster is a one woman tour de force as Dr. Eleanor Arroway, a scientist in an unending and relentless quest in the search for extra terrestrial life. This film is no ordinary sci-fi film. The philosophical depth the movie attains at moments is extraordinary, especially when it pits Science v Faith and produces some questions that will have you thinking long after you watch the film. It also avoids the ridiculousness which many sci-fi movies drag along with CGI of weird looking aliens which ruin the entire credibility of the film. (M. Night Shyamalan’s ‘Signs’ comes to mind) Instead, this visually splendid and deeply nuanced film follows the concept of ‘Less is more’ and relies on suggestion to make an impact on its audience. 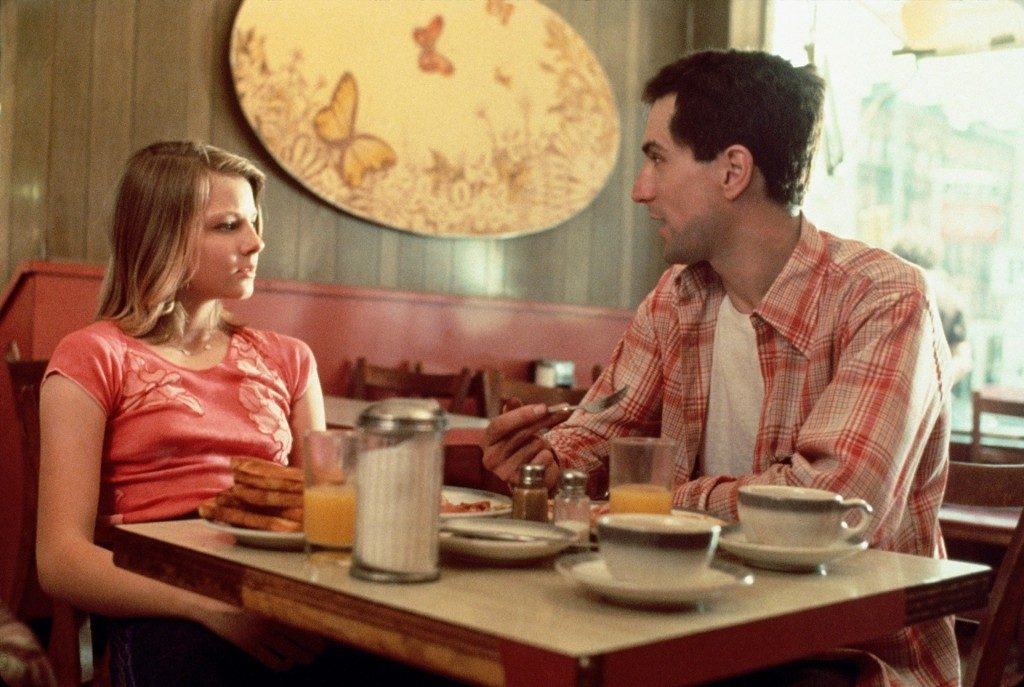 While an oscar nomination when you’re only 14 definitely means you’re destined for greatness, (We’re looking at you Hailee Steinfeld) getting the nomination for playing the psychologically demanding role of a child prostitute can be achieved only by the greatest of them all. A towering classic of American cinematic power. Robert De Niro and Jodie Foster combine under the helm of Martin Scorsese to serve up a masterpiece of urban alienation. The script of the film is built like the diary of a man suffering from loneliness, an ordinary person who tries to break his isolation but fails in doing so, as violence builds up inside of him. Jodie Foster produces a magical performance, one way beyond her years as the pre-adolescent prostitute Iris. A haunting score provides a melancholy feeling to this enigmatic classic. 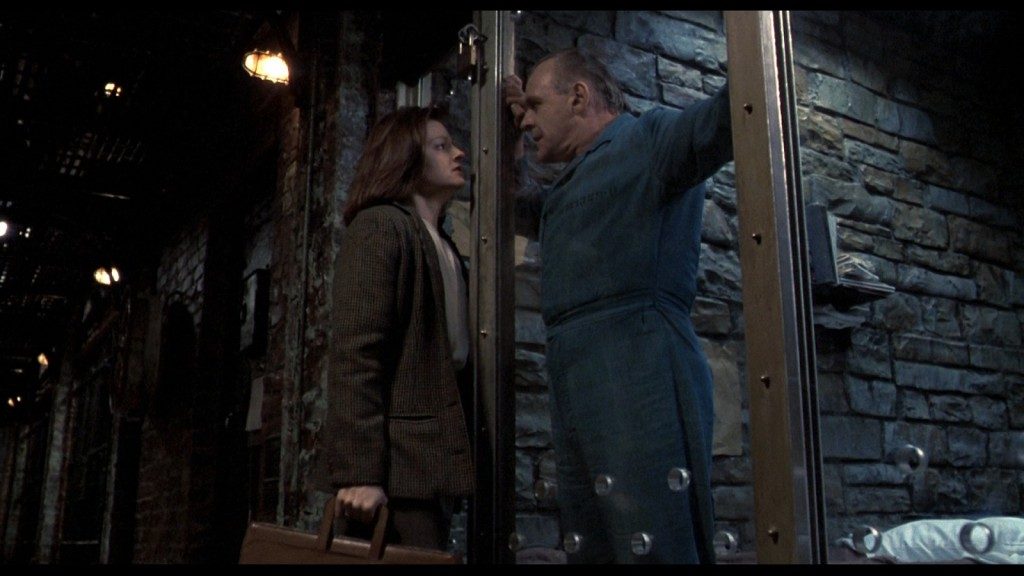 “Good evening Clarice.” It’s a shame that one of the best performances of Jodie Foster’s career as the FBI Agent Clarice Sterling was eclipsed by the phenomenal performance of Anthony Hopkins as Dr. Hannibal Lecter, who produced one of the most iconic performances as a villain in Hollywood. ‘The Silence of the Lambs’ is the godfather of all thrillers and according to me, is one of the most deserved winners of the Best Picture Oscars of all time. Foster’s performance holds the film together. The fear she shows just behind her eyes makes Clarice’s outward courage all the more interesting and vulnerable. A movie that gave birth to dozens of spin-offs, parodies and adaptations (including a TV series ‘Hannibal’ starring Mads Mikkelsen), ‘The Silence of the Lambs’ is one for the ages.