Lars von Trier is a restless filmmaker – in a good way. He strives hard to give us a new experience every time we buy a ticket to watch his films. His deep understanding of the human psyche combined with his penchant for innovative filmmaking is what has made him such a tour de force in world cinema. Once you are introduced to his world you will be hooked for lifetime. Here’s a list of the top Lars von Trier movies. You can watch several of these Lars von Trier movies on Netflix, Hulu or Amazon Prime.

Trust Lars von Trier to come up with something innovative with every film of his own. This one involved an automated camera. ‘The Boss of it All’ stands out as the only attempt by the prolific director in dabbling with full fledged comedy – a black comedy to be precise – and he proved that he can bring something new to the table even in the used and abused genre of comedy. The plot involves a scheming and secretive owner of a Danish IT firm who almost falls into the grave dug by him when he decides to sell it to potential buyer. The film also works as a situational comedy with the aid of the impeccable coming timing of Danish actor Jens Albinus.

The film has all the makings of a crowd pleaser – an idealistic American, post WW II Germany and a Pro Nazi femme fatale. Add to it the director’s experimentation of combining black and white visuals with intrusions of colour and use of rear projection screens which makes watching the film a surrealistic experience. The film set new benchmarks in the field of visual experimentation on screen. It also helped that apart from all that eye catching visuals, the film had a gripping story line and a heart and soul to match the chaos so inherent to the plot. It won three awards at the 1991 Cannes Film Festival but lost out on the Palme d’Or to ‘Barton Fink’ by the Coen brothers which made the director visibly quite upset. 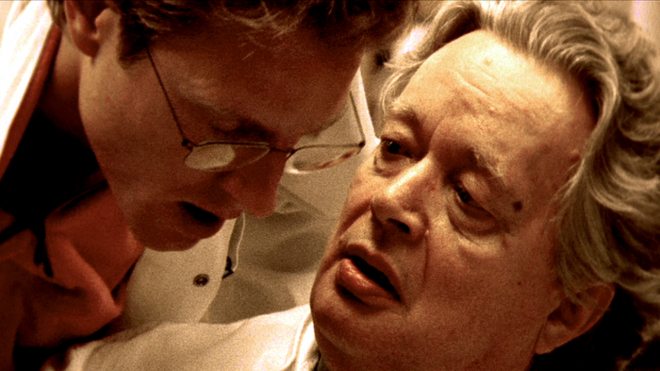 Alright ‘The Kingdom’ is actually a miniseries of the early 90s but it received such favourable responses from critics and viewers alike that it became a sort of identity for the filmmaker in discussion. The series is set in a Danish hospital ward where the medical staff and patients experiences disturbing supernatural happenings. The series is noted for and equally criticized for a presenting a chorus of dishwashers with Down Syndrome and sensationalizing a medical condition. The calculated use of sepia tinted colour scheme also added to the eeriness of the show. It ran for two glorious seasons and even inspired an American rip off known as ‘kingdom Hospital’. It holds a pride position in the list of ‘1001 Movies You Must See Before You Die’. 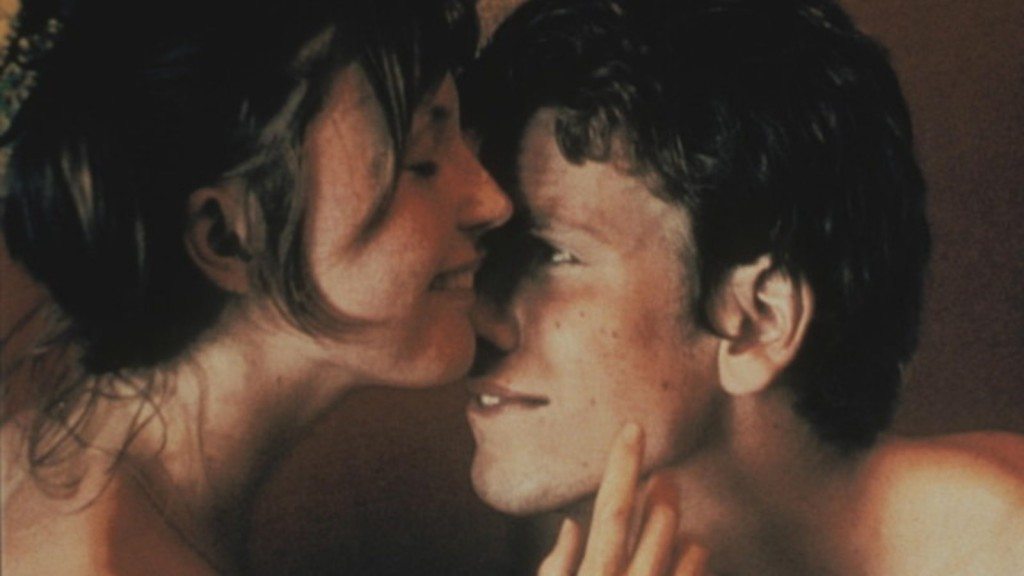 The way Lars von Trier maintains a fine balance between presenting a compelling narrative and the use of unconventional means of filmmaking is commendable. Here he employs his own brainchild i.e. ‘Dogme 95’ which he conceptualized along with fellow Danish filmmaker Thomas Vinterberg. The Dogme 95 concept in theory and practice aims to get back to the natural way of filmmaking which also means doing away with some of the modern appliances that makes the ardent job of filmmaking easier. The concept worked in favour of the film as it tells the story of men and women who gives up their ordinary lives and social security to live as ‘Idiots’ and more than willingly breaks every rules of social etiquettes along the way which eventually leads to their eventual downfall. However towards the end it is revealed that they were not rebels without a cause and sometimes one can stay sane only by being insane. 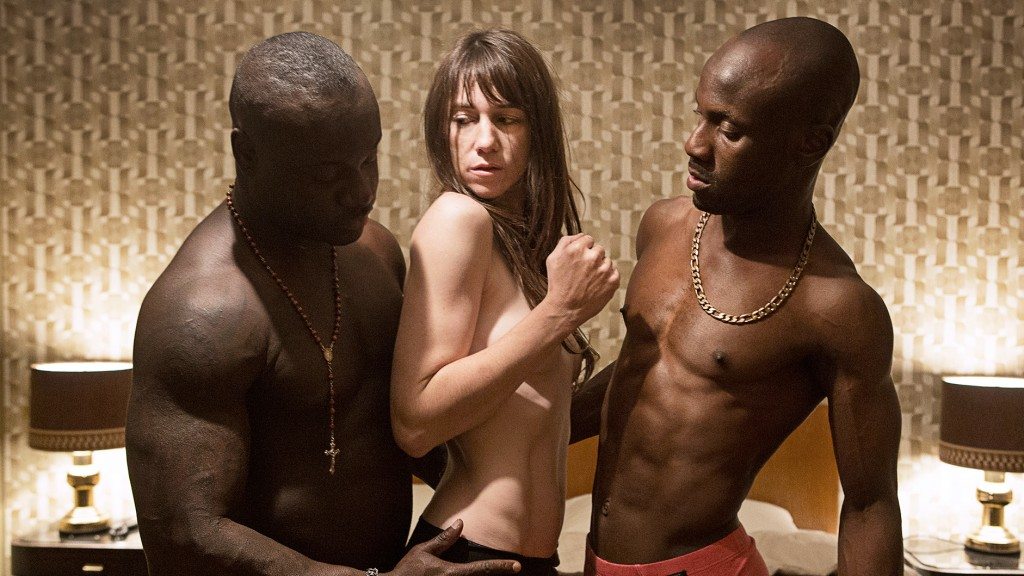 This one is not for the fainthearted or the morally stuck ups. Lars von Trier calls a spade a spade in this one and changed the way sex scenes are being showcased in mainstream cinema. Sex is not just a human desire in his two part magnum opus but rather a medium to expose the human psyche – its strength and mostly weaknesses. Upon its release it dominated the area of film conversations for quite a lengthy period of time. If you can look beyond the obvious titillation then there is a lot to appreciate in the film and the things that were left unsaid lingers around the most once the end credits roll. 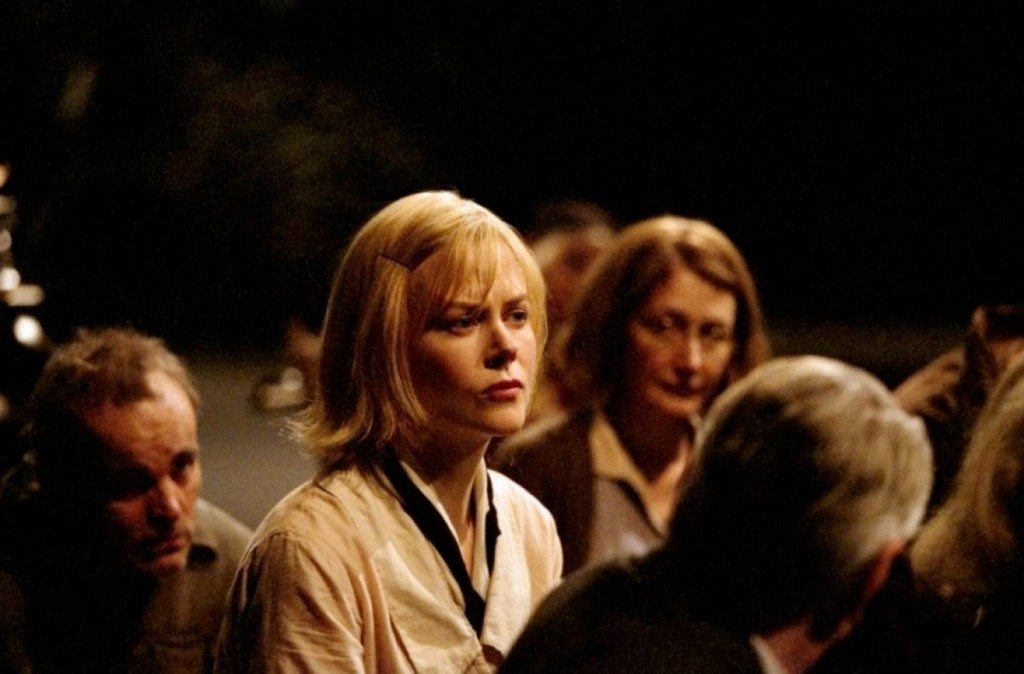 His fans are most divided about the effectiveness of ‘Dogville’ as a compelling piece of cinema. Some say it’s an opportunity ruined while some label it as an avant-garde piece of work. The well versed film critics on the other hand are unanimous in their praise for the film. One thing is for sure, the film is a game changer. His chamber sized master piece relies heavily upon Brechtian ideas and tools in putting across its point. Despite the limitation of space to move around the actors does a fine job on their part – most notably Nicole Kidman – as a woman hiding from the mobster in a small hilly town. 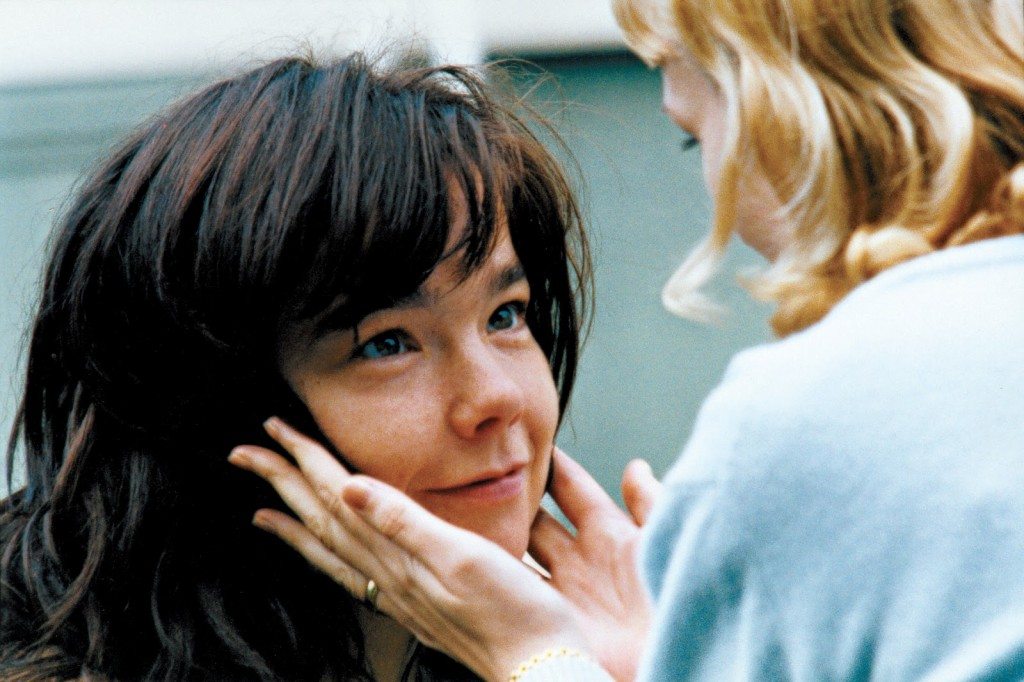 As the name suggests this is Lars von Trier’s darkest film but in a twisted way also his most cheerful. It tells the story of a Czech immigrant factory worker with a degenerative eye condition residing with her young son who also suffers from the same condition. She has been collecting money to pay for his eye operation but a close friend of hers steals it and that is when the tragedy unfolds. It is a poignant tale that tugs at your heartstrings as you feel for the protagonist predicament but you are as helpless as she is. The director finds a way to make this somber tale of pain and hopelessness unique by incorporating elements of classic Hollywood musicals to show the contrast between our wishes of joy and the harshness of reality. The film’s lead Björk was named the best actress at the European film awards.

How would you react when you come to know that your much beloved planet earth is coming to an end very soon? The film explores four characters undergoing various emotions in the days leading up to the destruction of earth. In a very subtle way it also addresses the issue of mental health and how depression can make a person behave in strange and unpredictable ways by focusing on the strained relationship between two sisters. Here the end of the world is a reflection of what goes inside the mind of a person who is completely cut off from his surroundings. The filmmaker has himself revealed that the film contains elements from his personal life and enforces his belief that depressed people have the tendency to remain peaceful during catastrophic events. The film has achieved cult status among the fans of fantasy sci-fi movies and is also noted for its stunning visuals and captivating cinematography.

The film has a very Biblical vibe to it with its obvious reference to good, evil, Satan and the force of nature. In the Cannes film market, two versions of the film – Catholic and Protestant – were available for buyers to choose from. It is a tale of how grief affects man and woman differently and how sometimes it is almost impossible to recover from it. Many critics accused the film of being overtly misogynistic as it shows the female being as the source of many evils. To each his own, but it is not an easy movie to watch by any means. There are graphic scenes of violence – torture and genital mutilation – and explicit sex scenes. 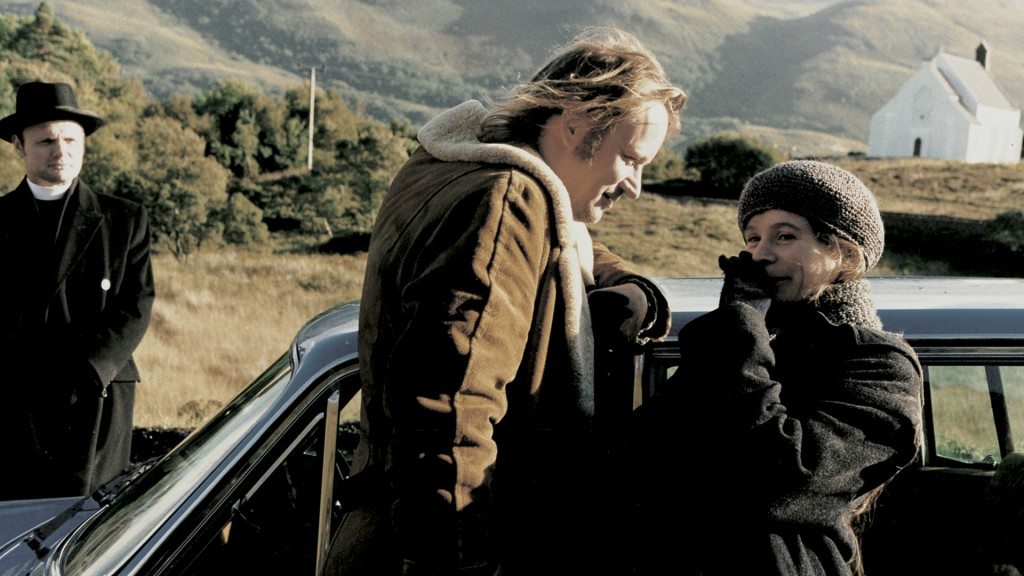 Breaking the Waves is the second movie in his ‘Golden Heart Trilogy’ and is also considered his best work till date by all sections of his viewers. It is a film about the power of sacrifice and the selfless nature of love. In this powerful and moving piece of cinema spirituality is shown as being synonymous with sexual desires. The director treads carefully in establishing a relation between wish fulfillment and the bodily sacrifice that accompanies it, so that the audience doesn’t misinterpret his intentions of showing sex in a spiritual light.