Opening lines could say a lot about the film. A single line that speaks volumes of the sheer depth of the film’s central themes is my idea of a great opening line. Something that pulls us right into the film’s world or the bizarre psyche of the character. While it would be tough to gauge the impact the opening line has on you while watching the film for the first time, in hindsight it just blows my mind apart when I think of how it manages to encapsulate the whole meaning behind the film. And this is where my curiosity would never let me get away with anything and makes me want to explore more and more about every aspect of this beautiful form of art. So, let me take you to a list of the top opening lines in movies ever. 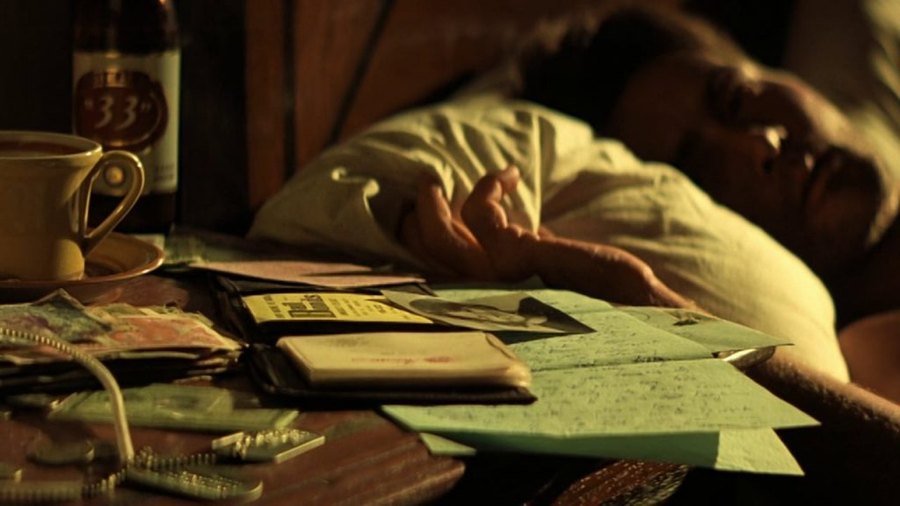 Shots of napalm explosion in the jungles and Captain Willard sleeping in his room with a cigarette in his hand. We see a gun and a ceiling fan in his hotel room. Willard wakes up, looks out of the window only to realize that he’s “still only in Saigon.” What an amazing marriage of a great opening scene and an even greater opening line. Oh, Coppola you beauty! Captain Willard’s first words are words of disorientation, paranoia and madness that so brilliantly manages to capture the effects and the turbulent repercussions of war on a human mind. Willard doesn’t really feel his true existence in a world that has become a mockery of civilization and is desperate to go on a mission because deep down inside he knows how war has changed him and he could never be the same person he was, again. What a line! What a truly amazing line to kick-start a war epic! The first words from arguably the greatest American film ever made. The opening shot of ‘The Godfather’ has a man, whose daughter has been brutally raped, requesting Don Corleone for justice. The pain, the agony and sorrow in those words make us sympathize with the character while Coppola simultaneously manages to paint the image of an enigmatic hero in Brando’s Vito Corleone as the camera focuses on the man, sliding back swiftly as his story unravels leading us to the man we’d not yet seen but have already begun to root for. Undoubtedly, one of the greatest moments in cinema history. Surprisingly, this was the film that made me realize the true genius of Martin Scorsese; not ‘Taxi Driver’, not ‘Raging Bull’. There is always something so raw and passionate about a filmmaker’s earliest works that makes them so special. Scorsese exploded onto the American New Wave scene of the 70s with this riveting piece of crime drama. ‘Mean Streets’ is a stunning documentation of the realities in which Scorsese grew up in New York, making this his most personal and intimate piece of work. The opening scene has Harvey Keitel waking up from a nightmare with a voice-over reflecting his thoughts inside. An immensely powerful scene that depicts a man’s moral dilemma and fear as Charlie is a man torn between his own beliefs, religious faith and life of crime.

4. “As Far Back As I Can Remember, I Always Wanted To Be a Gangster”, ‘Goodfellas’ Technically not the opening line but this is Henry Hill’s first interaction with us viewers. ‘Goodfellas’ tells the story of Henry Hill; his rise to power as a gangster in New York and the subsequent events that take place in his life which eventually lead to his downfall. The film is Scorsese’s astonishingly brilliant take on morality and its essentialism in life. The first words we hear from Hill clearly show his fascination towards the gangsters he grew up watching in New York and the glamorous lives they lead. Scorsese presents us with these characters as fun-loving, charming people whose lives are embroiled in violence, crime and debauchery but we can’t help but root for Henry Hill all along as the mixture of truthfulness and dark humor in that opening line hooks us right into this world where morality is distorted and the flamboyant lifestyle of the people living in it is romanticized, mocked and questioned. 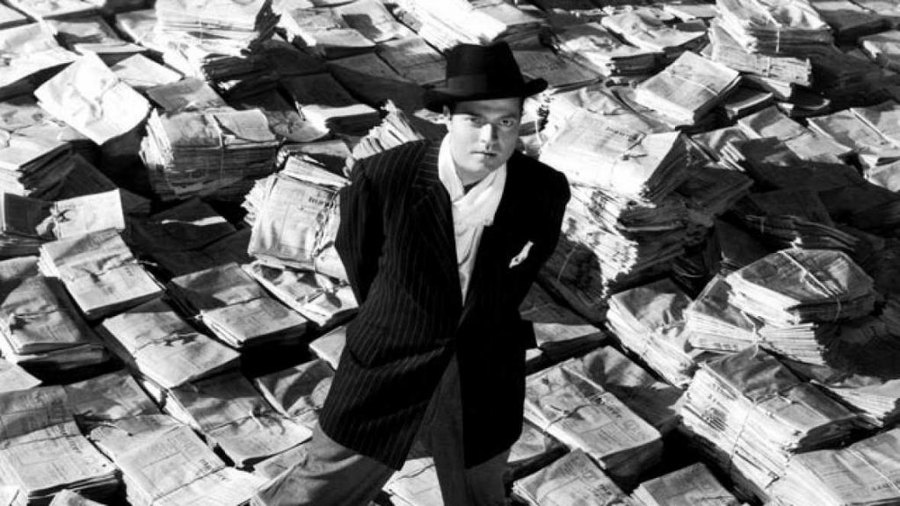 Unsurprisingly, the film that changed cinema forever manages to snatch a place on this list with an opening line that forms the mystery which happens to be the centre piece of the entire film. ‘Citizen Kane’ tells the story of Charles Foster Kane; a media business tycoon whose last word, ‘Rosebud’, happens to intrigue a reporter as he embarks on a journey to decrypt the meaning behind the word and in the process exploring the enigmatic life and persona of the man himself. The opening line shoots up the film straightaway, bringing about the element of mystery, enigma and drama that is to follow in a film that is a profound character study of a human being; his life, ambitions, desires and memories.

6. “I Remember Those Cheers…They Still Ring in My Ears…”, ‘Raging Bull’ 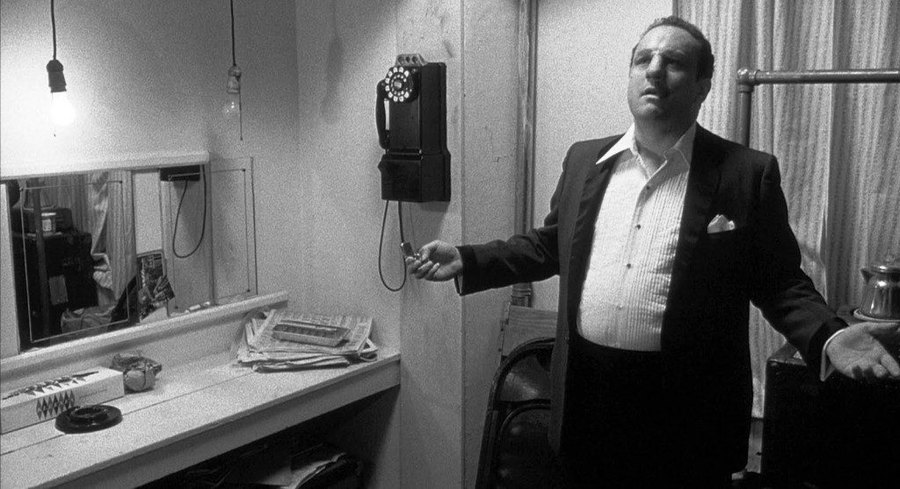 The opening line to Martin Scorsese’s 1980 magnum opus is one of the most profoundly moving and affecting lines I’ve ever heard in cinema. After the stunningly gorgeous opening credits sequence of Jake La Motta fighting all alone in the ring, we are taken to a brief scene in 1964 where an aging, overweight La Motta practices a comedy routine. It is here where we first hear his words, “I remember those cheers…They still ring in my ears.”. ‘Raging Bull’ is devoid of any in-your-face emotional exposition that could well have taken center stage in an intense character driven drama such as this but not at the hands of Scorsese. Scorsese leaves his character to us for interpreting his actions and empathizing with him in the process while depicting the complex, multifaceted aspects of his character. The opening line feels like a mosaic of La Motta’s life and memories; it’s incredibly sad and humane. A man well beyond the pinnacle of his powers, looking back and reflecting on his life; a life ridden with obsession, emotional disorientation and self-destruction overpowering his ambitions and desires that cost him his own self and the ones who truly cared for him in his life.

7. “People Are Always Asking Me If I Know Tyler Durden”, ‘Fight Club’ 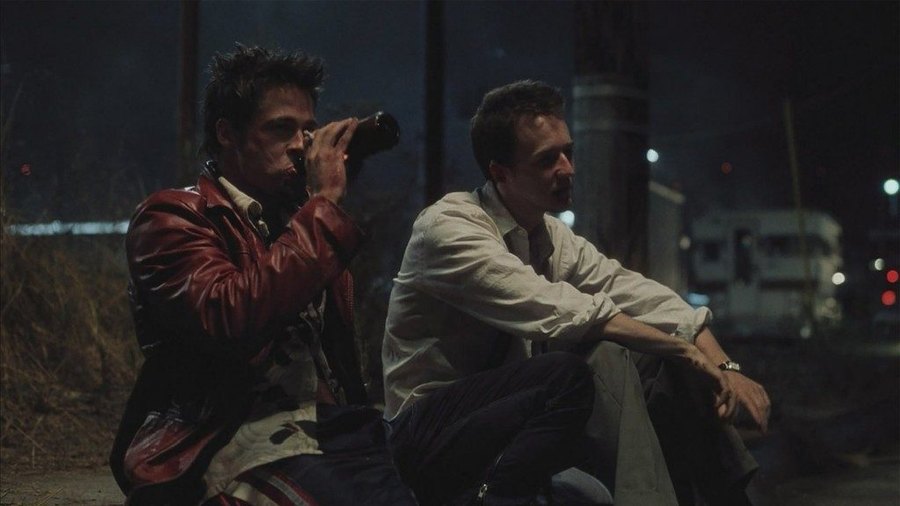 A stone cold classic, ‘Fight Club’ is a film that never ceases to blow my mind away with every viewing in spite of its plot-driven, suspenseful elements. With a stylistically seductive tone and the uncompromisingly hard-boiled, aggressive treatment given by David Fincher, ‘Fight Club’ provides an invigorating spirit of freedom and rebellion like almost no other film and is an uncompromisingly forthright, raw portrayal of a disturbed man’s psyche. He could be anyone of us. An everyman who has grown increasingly tired and saturated of his corporate job and life of luxuries. In the midst of trying to keep ourselves up with what the society demands and dictates, we forget everything that makes us realize our true existence on this world. Any explanation or analysis on the opening line of the film would spoil the film’s viewing experience. When Norton says, “People are always asking me if I know Tyler Durden”, you know you are hooked into Fincher’s world of anarchy and mayhem. Kubrick films may take years to grow on you. But when it does, it stays in there like no other film. And ‘A Clockwork Orange’ is a film that precisely fits into the aforementioned description. It was, for me, nearly impossible to fathom all the complex elements of violence in society, darkness lurking in the human minds with Kubrick’s own bizarre, twisted sense of humor all on its first viewing. But it is a film that has on grown on me the more I’ve thought about it and the more I’ve been watching it over the years. The film kicks off with Alex’s cold and creepy voice-over narration that introduces us to him, his friends and his bizarre fantasies and unnerving acts of violence that he so greatly relishes. We could only think of ways to get out of this nightmare but before we know we are pulled deep into this dystopian hell by Kubrick to the point of emotionally hypnotizing us and all we could do is watch because the master has got you under control and there is nothing really you can do. Now that is a stroke of genius.

I have never missed a chance to express and articulate my love for this Woody Allen gem whenever its name happens to come up on a list. But I would only be spoiling the beauty and wonder of the film with my meagre words if I were to do any more of it. Such has been the impact of the film on me that it has forever managed to change my perceptions about life, people and relationships. The film’s opening line has Woody Allen’s character, Issac struggling to come up with a catchy introduction for his new book about a man who loves the city of New York. The opening line beautifully encapsulates and phrases Woody Allen’s unconditional love for the city of New York while Gordon Willis’ cinematography captures the city at its heart with gorgeous shots of the city and its lovely people. 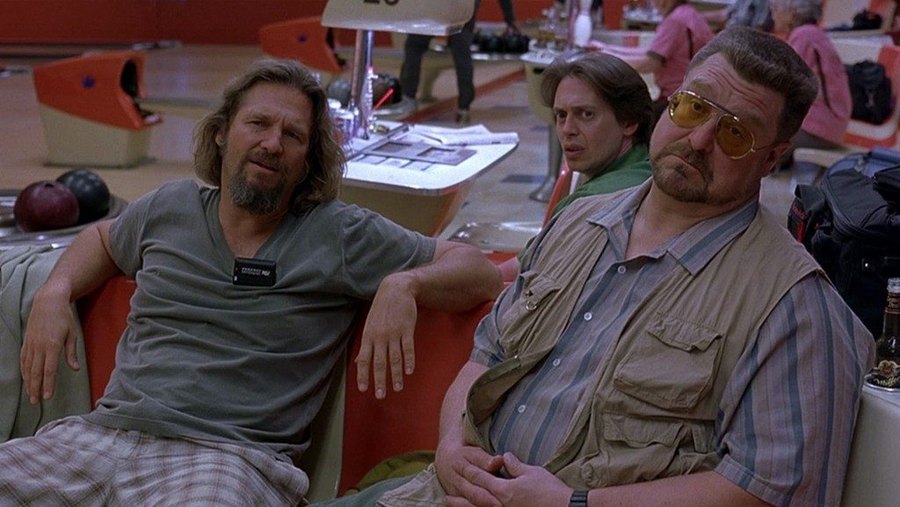 It’s amazing when you think how a film with such an absurd, ridiculous plot-line could be turned into something iconic and memorable. Now that tells a lot about the brilliance of The Coen Brothers’ writing abilities. The opening line sets the mood and tone for what is to follow in a film that defies conventions and norms with a delectable taste of humor. The film centers around “The Dude” who is mistaken by two goons for an old, millionaire named Lebowski. The opening voice-over line, aptly supported by some bizarre but fascinating imagery, pretty much explains the basic plot and the peculiar aspects of the film’s protagonist while managing to captivate us with its unusually bizarre comic tonality, unconventional approach to the subject and lovable, hilarious characters.