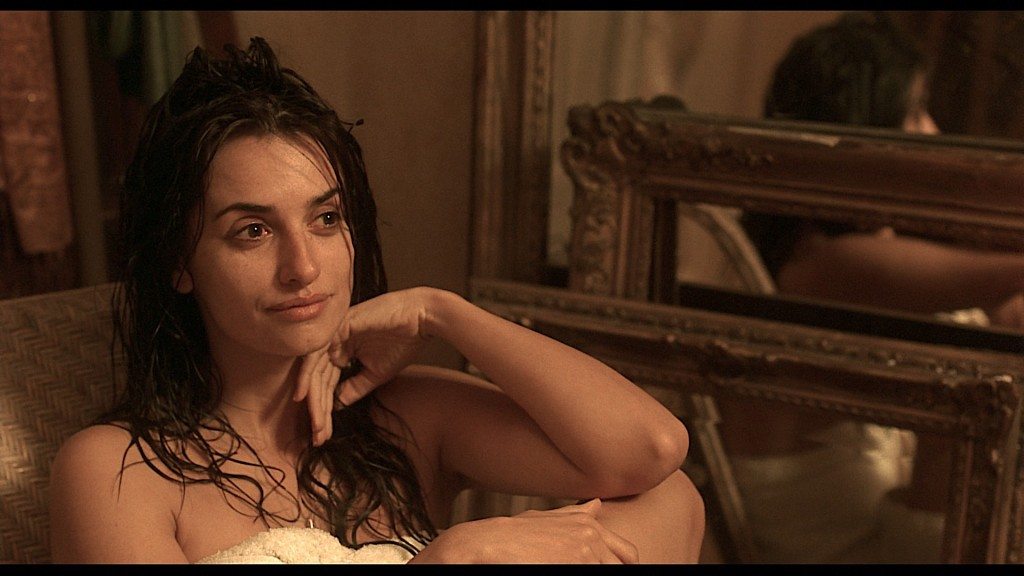 The name Woody Allen evokes extreme reactions from people – there is no between – just like his memorable characters who are either on the verge of losing it or are unbearably comic. It is a matter of pride for any actor worth his salt when invited to be a part of his cinematic world; a sort of validation of their acting prowess. Woody empowers his actors with well etched out roles written specifically for them and gives them the freedom to improvise along the way. In a career spanning over 50 years he has directed some 47 odd feature films and written dozens of memorable characters for both men and women. The list below features the 10 best performances in Woody Allen movies. 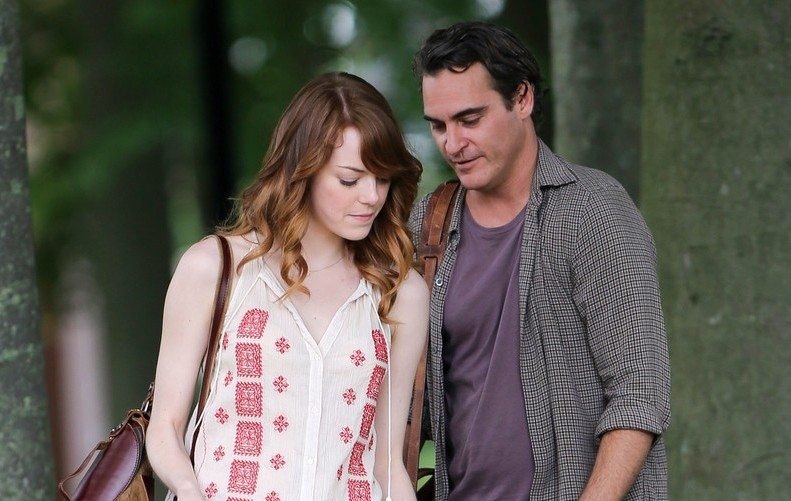 To begin with Joaquin had a very interesting role to sink his teeth into – a man dealing with existential crisis. I know that sounds very typical of a Woody Allen film. What made him stand out in a half heartedly put together film was his inherent bleakness that he displays in most of his movie roles. There is something devilishly delicious in the pessimistic views which his character preaches about that you almost want him to succeed in his misdeeds. His irrational behavior inevitably leads him towards a disastrous end but somewhere in your heart you feel what if things had gone in his favour. That’s wherein the magic of his performance lies. 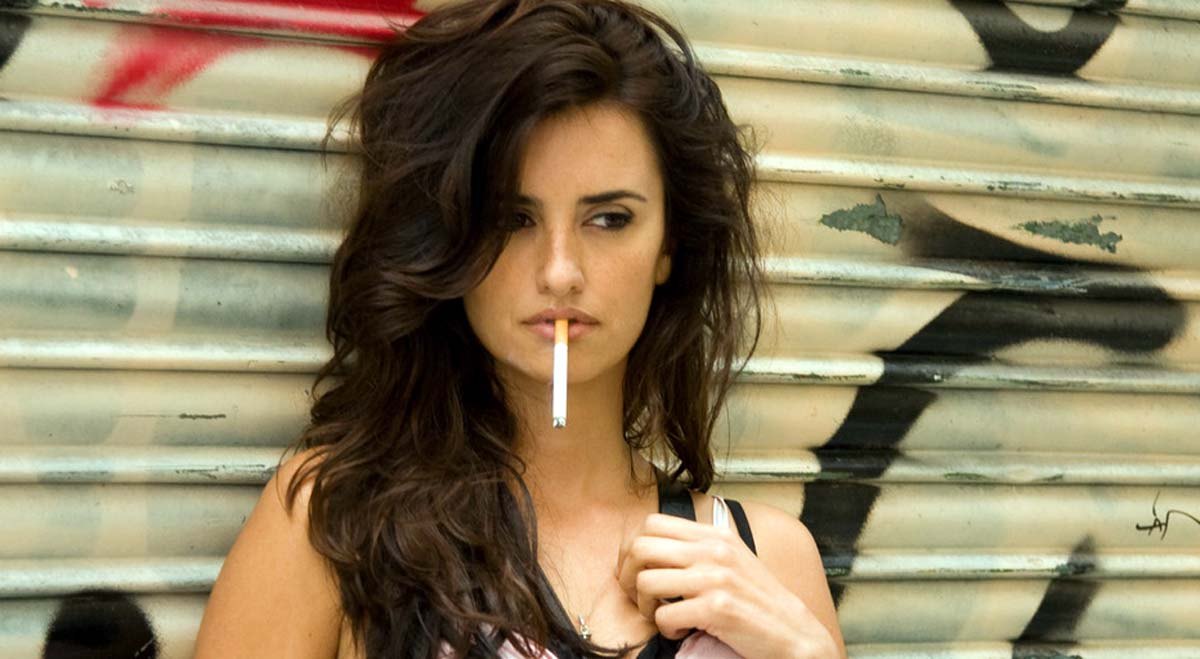 She plays a self-destructive and wildly passionate femme fatale who is as artistically gifted as she is beautiful. She brings in the element of chaos to a rather predictable light-hearted pretentious love triangle. Her barely there costumes complements her volatile mood and thus further enhances her sex appeal. Her messy hair and the way she holds the cigarette oozed confidence despite her inner turmoil as an artist and a failed lover. Every time she appears on the frame she carries forward the narrative by the virtue of her acting muscles and eye-catching screen presence. She got the biggest compliment for her soul baring act in the form of Best Supporting Actress Oscar win. 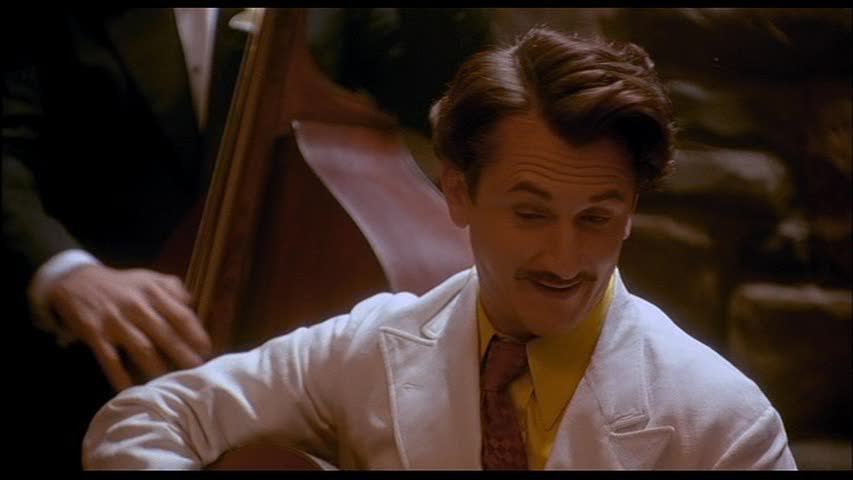 Sean Penn’s character Emmet Ray in ‘Sweet and Lowdown’ was on the verge of being a Jazz great but he keeps missing out on opportunities and he has only himself to blame for it. He suffers from the typical musician mentality that women are attracted to him for his fame and talent. As a result he focuses more being a womanizer and less on being an artist and along the way he also losses the only true love of his life. Like any talented musician born with a fascination for pain and suffering he creates some of his best pieces of music during the lowest phase of his personal life. The role was so well written that it was said Woody himself wanted to play the role himself but decided to rope in the always reliable Sean Penn.

7. Michael Caine (Hannah and Her Sisters) 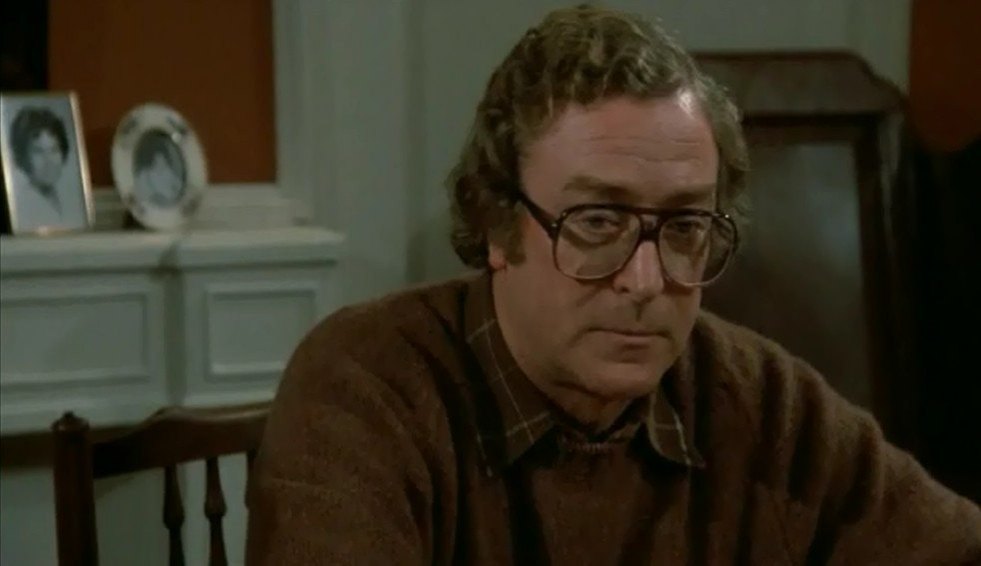 There is nothing out of the ordinary about Michael Caine’s character in the film. He plays a middle aged regular married man who has lost interest in his wife (Hannah played by Mia Farrow) mainly because of her self sufficient way of leading her life. The wife’s sister who is also in a less than perfect marriage proves to be the perfect distraction for him and their relationship crosses every boundary set by society. Caine’s role in the film was not supposed to be likeable but there is something in his body language and those deep eyes that you reluctantly start rooting for him. Through his character the director brings home the point that it is human nature to make mistakes and what one chooses to do about it is what defines them. 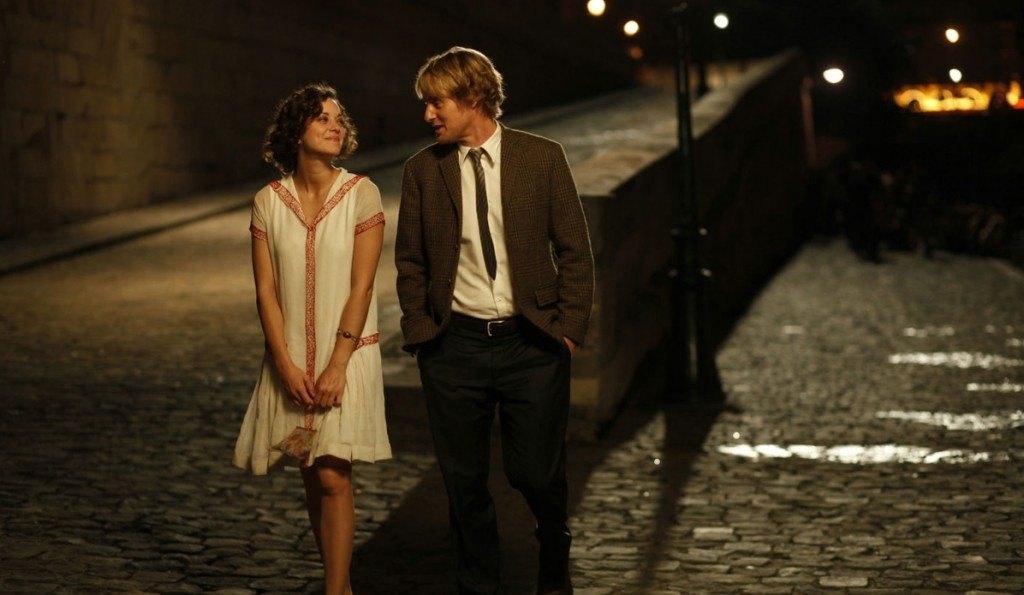 Woody Allen’s fascination with Jazz is legendary and it reaches a saturation point in ‘Midnight in Paris’. At the centre of attention is Owen Wilson’s character Gil Pender, a creatively unsatisfied screen writer vacationing in Paris with his fiancée. His desperation leads him to a series of day dreaming or rather midnight musings where he is transported back to the Paris of 1920s and encounters famous personalities of that era. Gil decides that he doesn’t want to live in the past and embarks on a new journey in Paris itself with new lady luck by his side. Owen Wilson shines as a well balanced actor in the director’s most surrealistic film till date which gives a new direction to his career.

Mary Wilkie is one of Diane Keaton’s most organic roles. Her character doesn’t fit into any fixed slot or pattern. She muses through life in a most unassuming manner while keeping her cultural snobbery and high intellectual quality intact. The strength of her performance lies in her underplaying certain portions which could have gone overboard give her neurotic tendencies, thus emphasizing the importance of subtle acting. New York, Woody Allen and Diane Keaton is a combination that never goes wrong and also how can anyone forget the iconic shot of the Queensboro bridge. 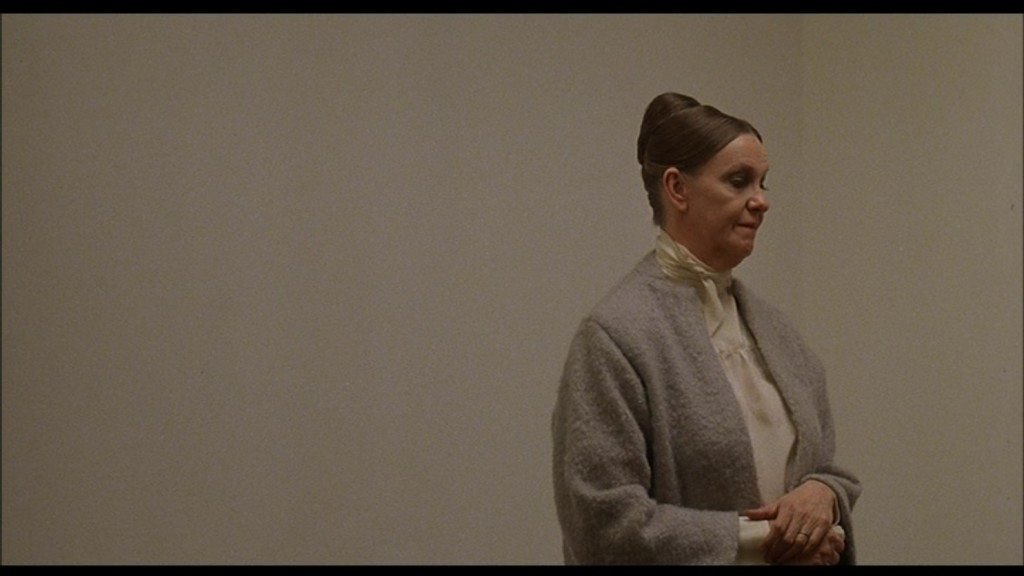 ‘Interiors’ is woody Allen’s first full-fledged attempt in drama and a very compelling one at that too. Page plays a clinically depressed interior decorator whose life comes crumbling down when her husband asks for a divorce. She never completely recovers from the shock and ultimately takes her own life by drowning herself. Her sadness and depression also adversely affects her three adult daughters. In a role that offered much scope for histrionics Page took melancholic acting to the next level. Who knew that even sadness could have such shades and range?

The film in a very uncanny way encapsulates the escapist quality of the motion pictures and how it brings joy to millions of people worldwide on a regular basis. Mia Farrow’s Cecilia, a waitress, who loves to go the movies, could be any one of us. While at the movies she can afford to forget her economic and domestic problems even if temporarily. Her madness and love towards movie stars combined with a desperate longing to get rid of personal problems leads her to journey which is surreal, hopeful and sad at the same time. The author backed role was written by Woody Allen was further powered by Mia Farrow’s spirited and wide eyed performance as a simpleton who will trade her boring monotonous life with almost anything under the sun and what better than the captivating world of movies in the present era. It is a love letter to the movies from one of its most gifted directors. 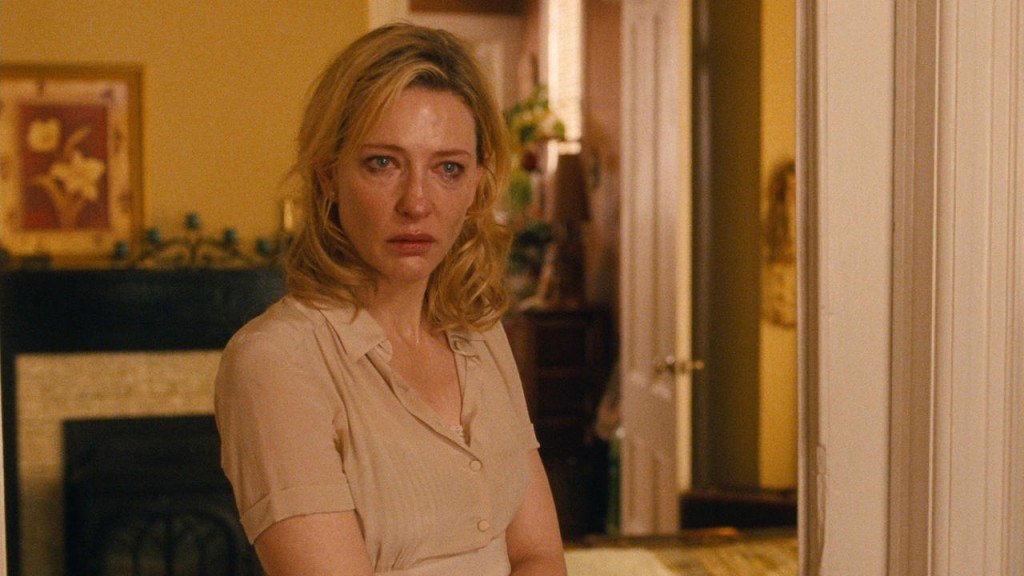 Blanchett got the role of a lifetime in Jasmine – Woody Allen’s interpretation of Blanche DuBois. Her character is a gold digging, opportunist who places material comforts ahead of human relations. When everything in her life falls apart she half heartedly contacts her sister and seeks refuge in her humble establishment. In the role of a woman who brings in her own downfall and also misses a second chance at life, Blanchett put up a resilient show of pride, vulnerability, anger, desperation, self pity and utter hopelessness. Her best actress Oscar victory in 2014 was a much deserved one. 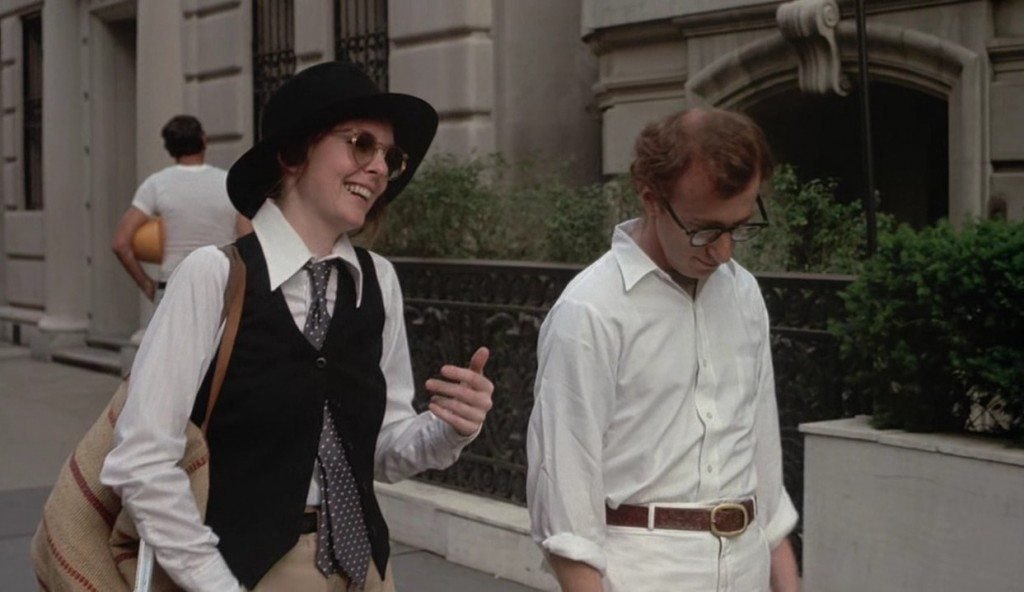 Annie is undoubtedly the best creation of Woody Allen so far. Her performance in the film fetched the much coveted Academy award for best actress and the clothes she wore in the film set off a new trend in fashion back then. So what makes the character of ‘Annie Hall’ so popular? Keaton’s character is identifiable to many people out there dealing with lack of self assurance and those who hope to find true love and make some sense of their messed up lives. Annie gives hope to people out there struggling with everyday life but as we all know love in Woody Allen’s world is at best neurotic if not totally unreliable. Annie goes from one man’s arm to another in search of love with a defined sense of purpose and although the film ends on a positive note for her it is reminded to us in a very subtle way that love and life are a part of a devious circle and are in a constant battle to screw up each other.