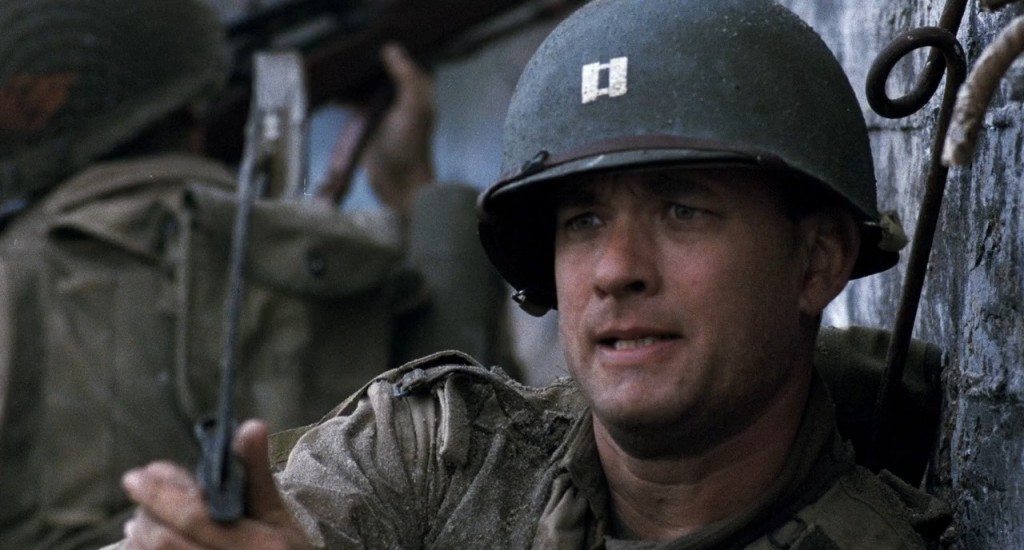 It speaks volumes that only a single woman makes into the list of the best performances in the films of Steven Spielberg, making it clear that the gifted director prefers to tell the stories of men in his work. Nothing wrong with that, not at all, but I rarely get caught off guard, and that did catch me off guard. Perhaps it is because I remember constant female presences in his work, but in quick review, they are usually wives, mothers, supporting roles. If the list were longer, Samantha Morton would be there for ‘Minority Report’, as would Sally Field for ‘Lincoln’, and Embeth Davidtz for ‘Schindler’s List’.

Throughout his impressive career, actors in Spielberg films have won just two Academy Awards for their work, and all of them quite recently. Daniel Day-Lewis would win for his astounding ‘Lincoln’ while Mark Rylance would take home the Best Supporting Actor statuette for ‘Bridge of Spies’. Just thirteen actors have been nominated for their work in the master’s films, with many fine performances snubbed through the years. Sadly, actors in a Spielberg film have often been overlooked because they are in a Spielberg film, the thought being that the director is the star, and the actors secondary. Spielberg however will tell you that it is totally wrong. Without the actors in his films, he has nothing, and what he gives them as a director is what every actor dreams of –  freedom and collaborative work with a director who trusts them with his vision. Even prickly actors such as Tommy Lee Jones come away singing his praises.

Though not widely known as an actor’s director, you will be hard pressed to find an actor who does not revere him. I am not sure how the Academy missed nominating Robert Shaw (‘Jaws’), Richard Dreyfuss (‘Close Encounters of the Third Kind’), Harrison Ford (‘Raiders of the Lost Ark’), Henry Thomas (‘E.T.’), Christian Bale (‘Empire of the Sun’), Ben Kingsley and Embeth Davidtz (‘Schindler’s List’), Jude Law (‘A.I.’), Samantha Morton (‘Minority Report’), Leonardo Di Caprio (‘Catch Me If You Can’), Lynn Cohen (‘Munich’) and Tom Hanks (‘Bridge of Spies’), but they did.

The best work by actors in a Spielberg film? For me, they are the following. 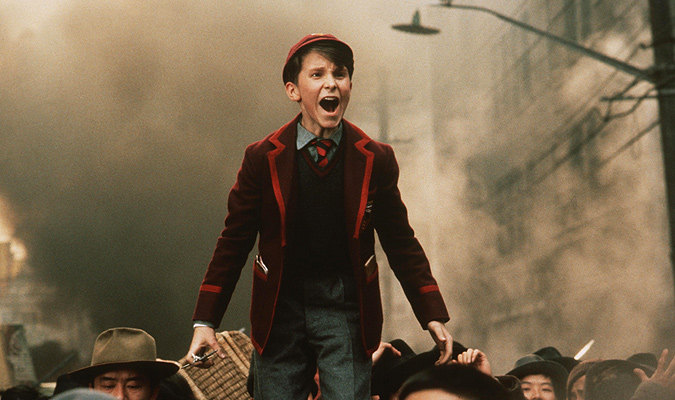 An excellent performance from a young boy, Bale superb as Jim, a prisoner of war, left behind accidentally by his parents when they are split up during the evacuation of Shanghai. Left to survive in a Japanese internment camp, he thrives, dealing, conning, hustling, always in motion. Leaving his childhood behind in every way, when he finally looks to the heavens and closes his eyes, they are the eyes of an old man who has lived a very long, hard life. Bale was astonishing and went to become one of his generation’s finest actors. 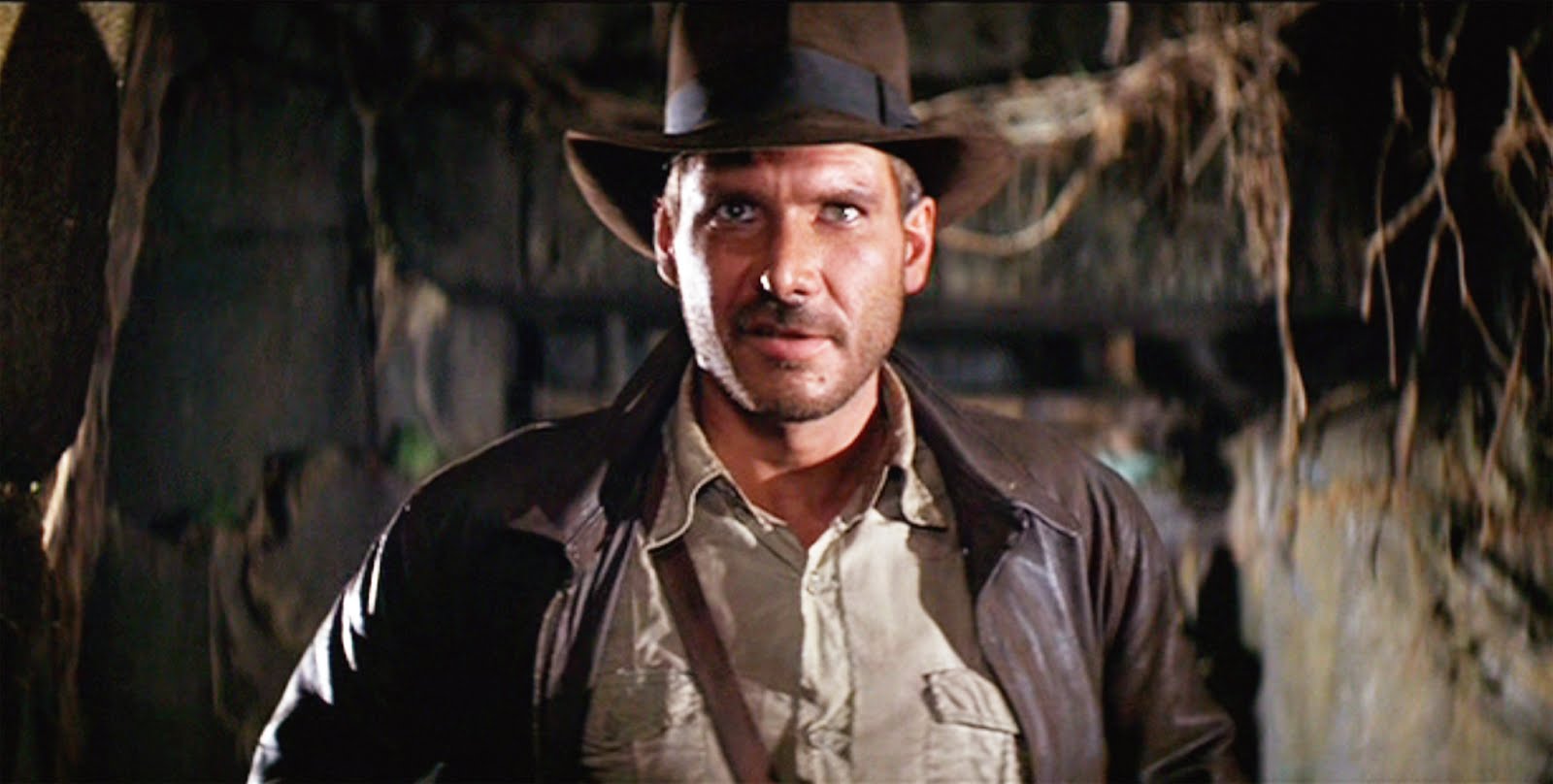 It was Burt Lancaster who suggested that what Harrison Ford accomplished as an actor as Indiana Jones was something very special. Far beyond the battered fedora and bull whip, Indy is a rogue archaeologist, who in the years before the Second World War is hired by the government to find the Ark of the Covenant before Hitler finds it. It is a grand physical performance, a great chase film, and the greatness of it is that you can imagine no one else in the part. He became one of cinema’s most beloved heroes. 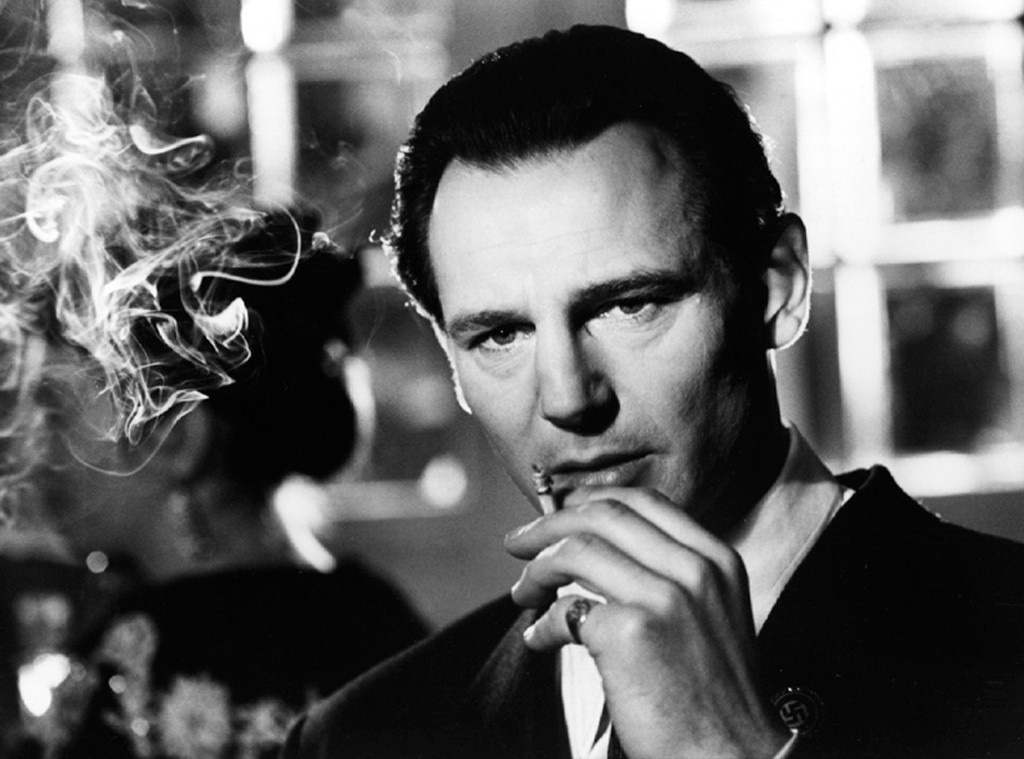 Oskar Schindler is a towering businessman, a member of the Nazi Party, who brilliantly works his magic with the Jewish businessmen to finance a factory that will allow him to profit from the war. He shamelessly wines and dines the members of the Nazi Party to gain their trust, and is permitted to hire eleven hundred Jews. When he realizes the Nazis are exterminating the Jews, he spends his fortune protecting “his Jews”, going broke in the process. Nelson is ambiguous, we never know what makes him tick, but it is an undeniably fine performance, his final moments with his Jewish workers extraordinary in its raw power. A good man in the most horrible of times.

As the Russian spy captured by the Americans and used as a pawn and a bargaining tool, stage actor Mark Rylance is a revelation. Melancholic, knowing what it could mean to be sent back (death), the sad-eyed actor creates an unrepentant character who believes in his work, and is a Soviet patriot. The lovely friendship that develops between him and the lawyer (Hanks) hired to defend him is gentle, slowly built, but genuine because they see each other as men. I love his line, “would it help?” 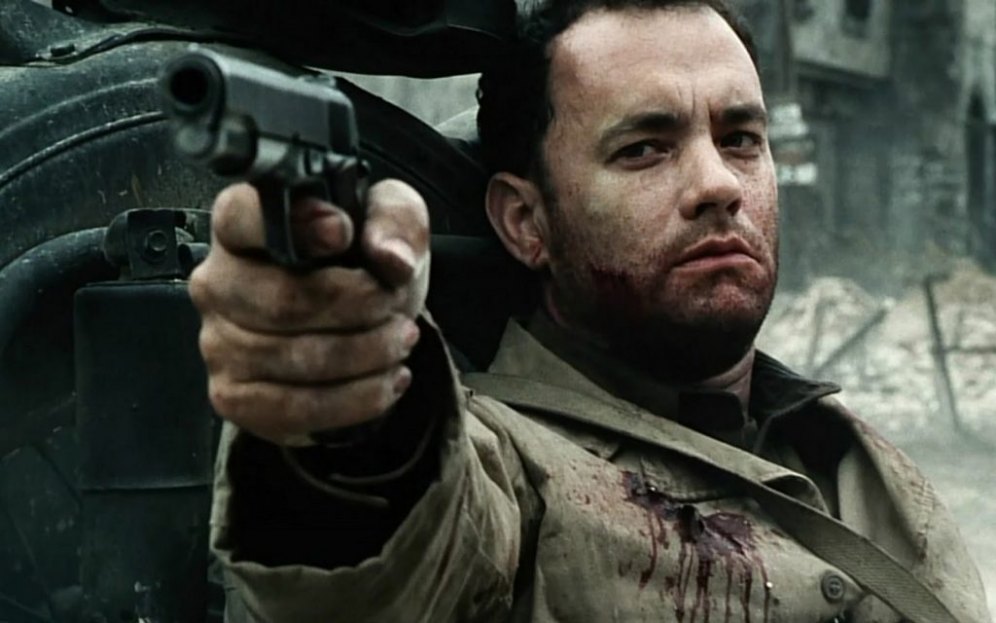 For his role as the stoic Captain Millar, it is said that Tom Hanks asked pages of his dialogue be removed as he felt he could act the moments and that his character was a man of few words. It was a perfect decision, and Hanks was superb in the film, allowing the audience to see the carnage, the horrors of war through his eyes. One of the actor’s best performances, his eyes say so much throughout, letting us see into his very soul. His breakdown after the death of the medic is shattering, fully allowing us to see the impact of war. 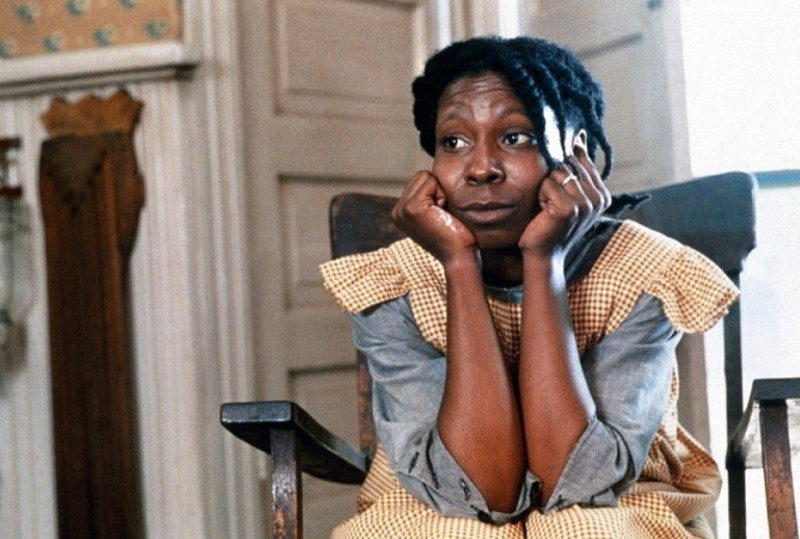 She was the best thing in one of the master’s weakest, most overwrought films which did not succeed in bringing the angry, spiky novel to the screen. That said, lead actress Whoopi Goldberg was a revelation as Celie, an abused young woman, given by her abusive father to a man who is equally abusive, and who will make her existence hell, until she lashes back. The only female performance to crack the list, Goldberg was heartbreaking yet superbly courageous as a woman who found life through hope. It is too bad the film was sanitized as it was, because he had an actress more than ready to give her all.

So often it is forgotten that the ten-year-old actor did almost all of his scenes with a special effect, a latex creation operated by a crew not more than ten feet away from him. That only begins to suggest the genius that was Henry Thomas in E.T. (1982). He is Elliott, a little boy struggling to find his place after his father leaves the family. When he finds an alien left behind by accident, he takes the little creature into his home and cares for him. There they strike a bond that even millions of light years cannot severe. That goodbye scene will break your heart; it did then, and nothing has changed. He should have been a Best Actor nominee. 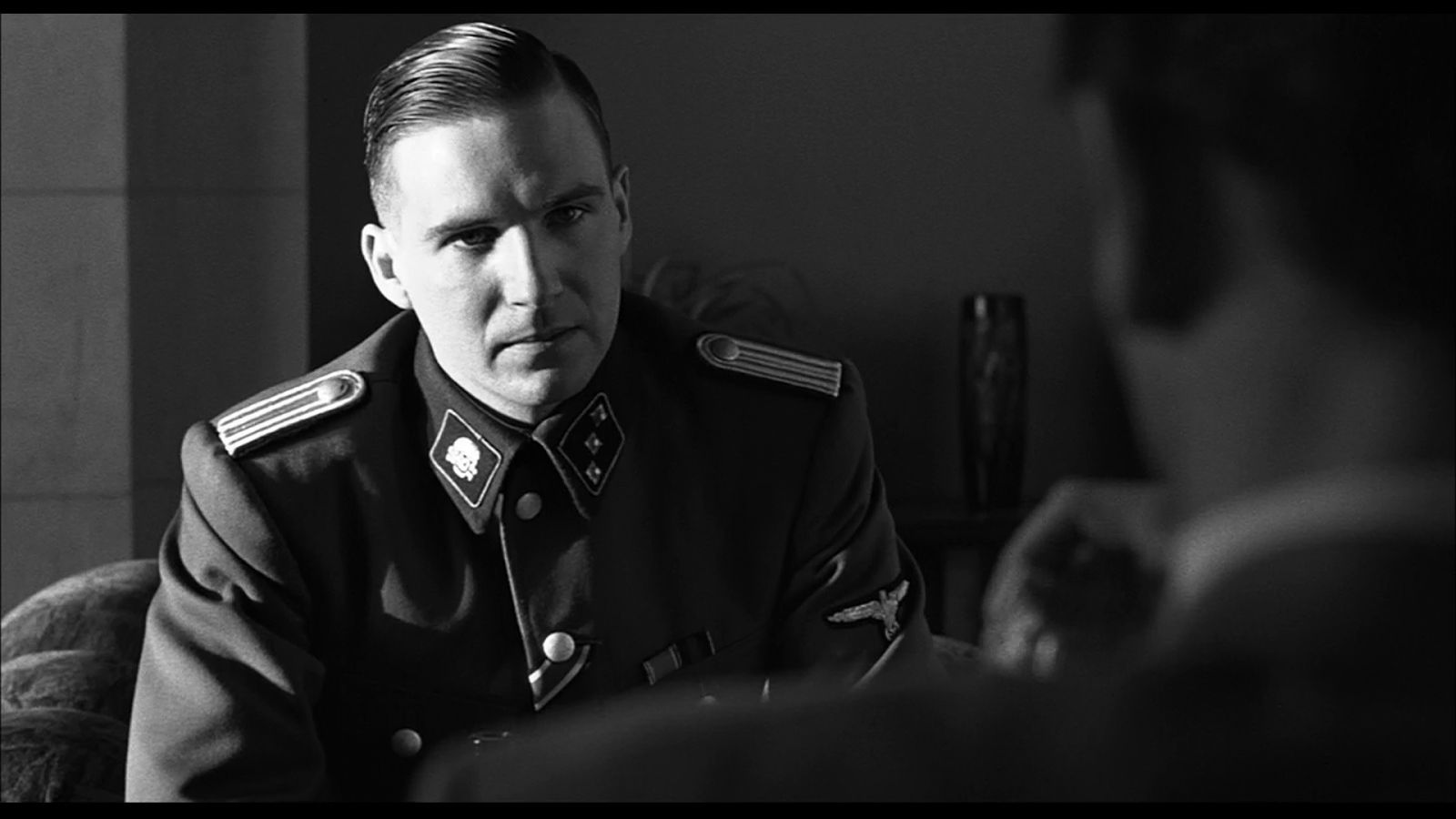 Evil incarnate is Amon Goeth, the Nazi commandant who hatedJews as much as he loved Hitler. Fiennes makes no apologies for his character, he simply exists as we know he was, with deep loathing of the Jews, possibly matched only by his own self-loathing. He routinely shoots Jews for sport, kills for the sheer fun of it, with no regard for human life. It was a seething performance of intense evil that richly deserved to win the Oscar. One of the most frightening sequences sees him beating up his maid because he has fallen love with her, and she being Jewish, is not a person in the truest sense of the word. That Shaw was not even nominated for an Academy Award for Best Supporting Actor is criminal, his long monologue about his nightmare aboard the S S Indianapolis is the most terrifying sequence in the film. As the old shark Hunter Quint, he is brilliant, bringing to life the arrogance that masks a genuine terror of sharks. This makes his terrible fate downright haunting. A masterful performance in the director’s first masterpiece, the great English actor was gone just two years later.

Was there any doubt? From the moment we first encounter the actor in the film, we are forever of the belief we have encountered the great Abraham Lincoln. His research was immaculate, he found the man’s high reedy voice, and captured the melancholy that wore heavy on him. It was a breathtaking performance that won Day Lewis his third Academy Award for Best Actor. The actor plunges into the dialogue-heavy story and lets it makes sense to us even though it reeks of details and politics that saw Lincoln break through the hell that was slavery. It is a remarkable performance from arguably the finest living actor.