Jeff Bridges is a veteran of the industry. He has appeared in over 50 films in a career spanning almost five decades now. He is highly regarded among the film community, his peers and critics, and much-loved by the audience. The reverential figure has time and again proven his mettle as a thespian, and turned producer, rendering films like ‘American Heart’ and ‘The Giver’ to life. Bridges has been nominated an incredible seven times, winning once for his performance as the receding country musician in ‘Crazy Heart’. He has had praise and accolades lavished upon him through his career, earning the tag of a superstar in the process. Ubiquitous in Western films and synonymous with Southern characters. Tron came in for universal praise for its groundbreaking visual effects and precedent setting use of technology. The film opened to lukewarm response, but the cast was acclaimed for its performance and adaptability. Bridges’ understanding of the character and the script was lauded not only by the audience and the critics, but the cast and the crew as well. The film has since gone on to gain cult status and also saw a successful sequel rendered. 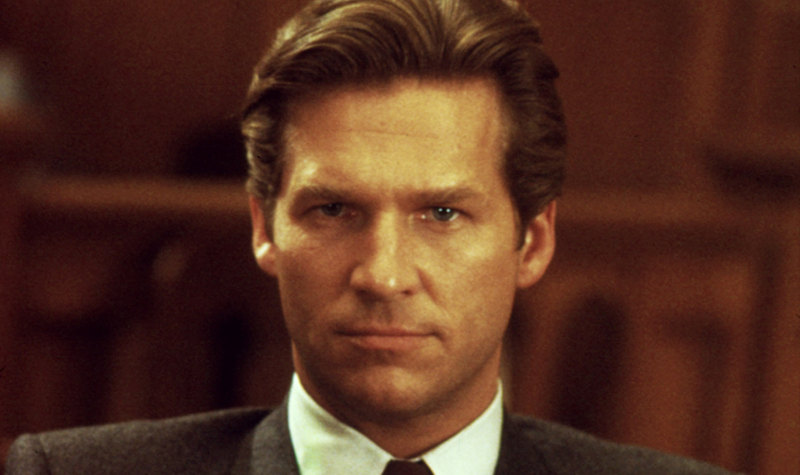 Bridges changed forms and donned the cloak of the fictitious President of the United States in this film. The film serves as a response and satirizes the Lewinsky scandal that arose during the presidency of Bill Clinton. The controversy muddled film though proved to be a winner, with many praising the film for punching above its mediocre screenplay. The captivating performances of the leads and Rod Lurie’s lucid direction were subjects of universal acclaim. In the process, Bridges got his fourth Academy nomination, along with his co-star Joan Allen, who also got one, making the film a special one for both. This was perhaps Bridges’ best performance at the time. He was grossly unlucky to miss out on a nomination and a probable win for his portrayal of billionaire automobile maker Preston Tucker. The Coppola helmed film opened to lukewarm response at the box office, but couldn’t set the cash registers ringing, eventually failing to recoup its productions costs. Critical acclaim was much more positive, with many praising Bridges nuanced and “beyond his years” performance, along with Coppola’s direction. The film also brought Bridges into global limelight, for the boom in sales of the automobiles after the film’s release. 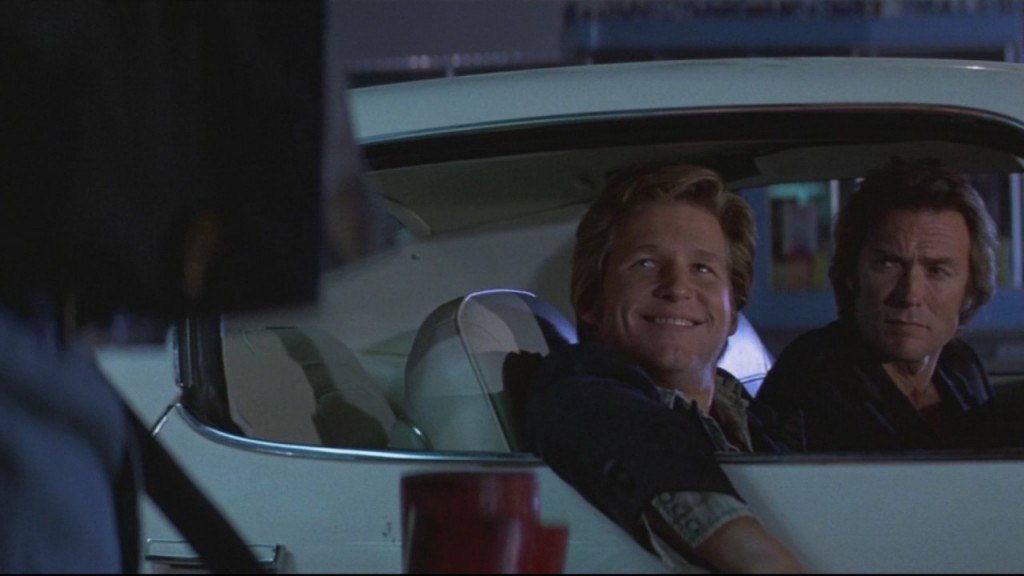 It’s an almost insurmountable task to be better than Clint Eastwood in a crime-action movie. Bridges pulled it off with much aplomb in this Michael Cimino helmed feature. Playing the latter of the films’ titled main characters (Lightfoot), Bridges got his first Academy nomination in the Best Actor category. The irony-clad meeting and subsequent journey of the two leads avoiding and crashing together makes the movie a fun watch. Bridges and Eastwood’s camaraderie was much praised and loved. This was Jeffrey Bridges’ first major appearance on screen and fetched him his first Academy nomination. The dimpled actor played the role of the unpopular Duane Jackosn. Bridges got the role because in the book Duane is not a particularly likable character; Bogdanovich thought that Bridges’s naturally fun personality would give the character extra depth and warmth and make him less disagreeable. The film received overwhelmingly positive reviews, with Bogdanowich’s direction and the cast’s performance including that of Bridges getting critical acclaim.

Bridges romance with American Westerns saw another successful unison with the Coens’ 2010 feature ‘True Grit’. Bridges plays a retired US Marshall Rooster Cogburn, now well past his prime and a drunk, who is hired by a girl to hunt a perpetrator who murdered her father. Bridges’ performance received inundating love and acclaim, along with the other cast, and earned him his sixth Academy nomination, securing his status as one of the greatest actors of all time. 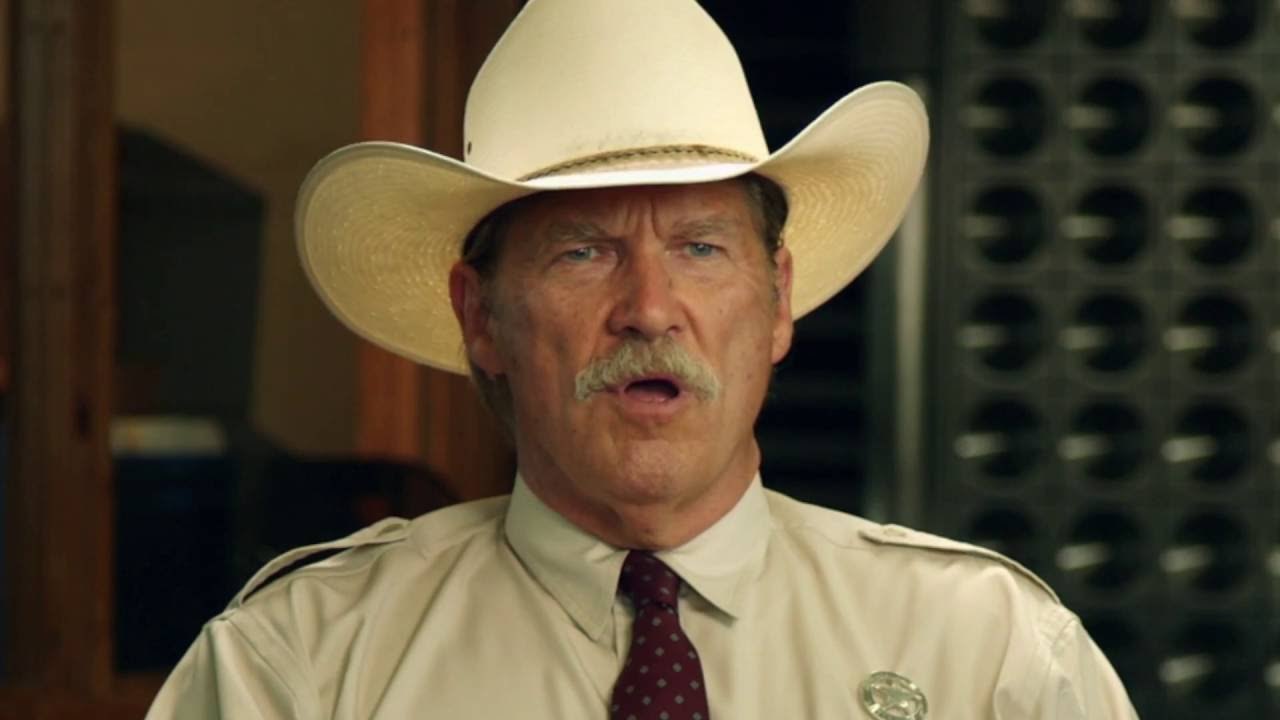 Another one of Bridges’ performance as a Southern US Marshall is probably his best portrayal to date. He was enormously unlucky, as he lost out to Mahershala Ali. The story had Bridges take up the role of a retiring US Marshal Hamilton, whose last task before calling it quits is to apprehend two bank robbers terrorizing the branches of a bank across the country. The vulnerabilities and conflicts that the old man manages to bring out on-screen deserved an Academy award.

Bridges’ performance as the washed out country-folk singer Otis ‘Bad’ Blake earned him rave reviews and almost all the major accolades including his only Academy Award till date. We get to see the musician Bridges in the film as well. He carried the film on his shoulders, and his rendition of the award-winning song from the film, ‘The Weary Kind’ makes you croon it all day long. The critical consensus was : “It’s a bit too easy, a bit too familiar, and maybe even a bit too much fun. But the easy magic Bridges brings to the screen makes it all work.”, just like the magician he is! When the Coen Brothers write a screenplay just for you, you know you are special! The critically acclaimed crime-comedy features Bridges as Jeffrey ‘The Dude’ Lebowski, an LA slacker and an avid bowling aficionado. He mistakenly gets assaulted for another namesake, albeit much more affluent and influential. Bridges performance earned critical praise and Academy Award nomination. Even though his role was tagged as an anti-hero and incapable of sustaining it, there was “enough startling brilliance here to suggest that, just like the Dude, those smarty-pants Coens will abide.” The film and his role have gone on to gain cult status and have frequently been referenced in the modern culture.