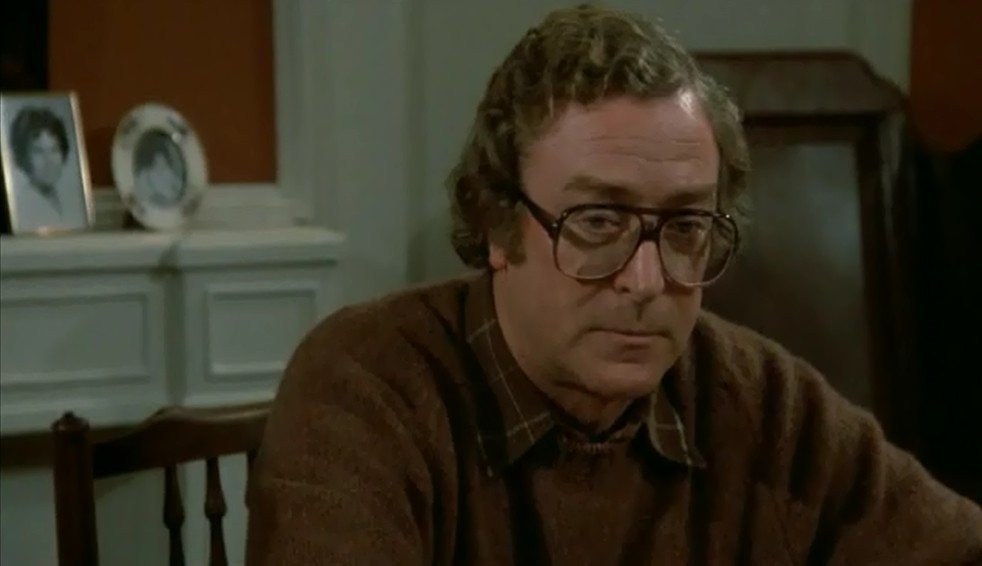 More than being the Batman’s butler and the hapless witness of the game of oneupmanship between two magicians , Sir Michael Caine is many things and being one of the greatest actors alive, is definitely one of them. Starting from a humble background, he rose to stardom by his breakout act in ‘Alfie’ where he played a serial womaniser, bedding every woman he met on his way. Over the years, he matured into one of the most bankable actors, who could carry the script on his able shoulders. Acting over fifty years, nominated for the academy awards six times and winning twice, he has worked with the likes of Brian De Palma, Sidney Lumet, Oliver Stone, Woody Allen, Christopher Nolan and Alfonso Cuaron. In order to curate a list of his best performances over years, we went through the list of his filmography and witnessed a humongous volume of work, from which creating a list of 10 became a difficult task. Nevertheless, after much deliberation we came up with the list, having some of his memorable work. Read on.. here is the list of top Michael Caine movies that prove he is a legend. You can watch some of these best Michael Caine movies on Netflix, Hulu or Amazon Prime. 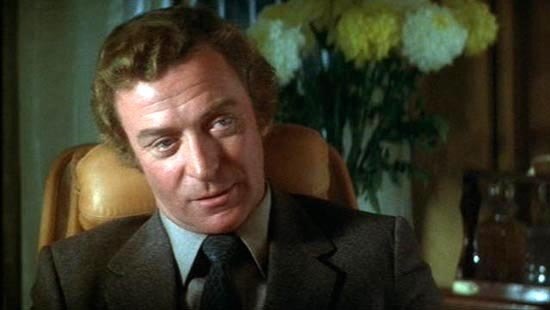 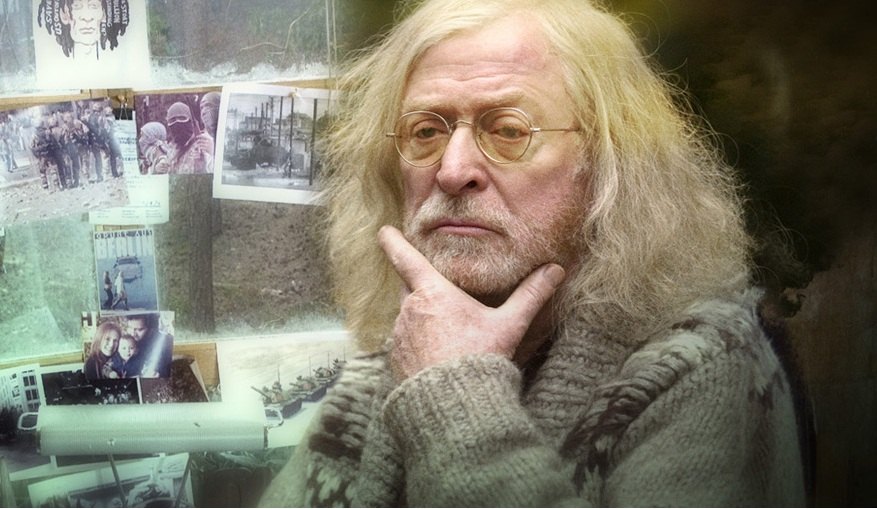 In a not so distant future, disaster strikes earth making its inhabitants infertile. In a chaotic world, ravaged by wars and insurgencies, the only hope is a pregnant woman, who holds the key to cure. Directed by the visionary Alfonso Cuaron, ‘Children of Men’ is a clever juxtaposition of several themes such as religion, anti immigrant sentiments and hope in face of absolute hopelessness. Playing a small but important role was Mr. Caine’s character of Jasper. He is a pot smoking junkie, who leads the life of a hippy but is sympathetic about Theo’s cause. He’s there for couple of scenes, but leaves an everlasting impression on the viewers. It’s said that Mr. Caine modeled this character’s behaviour on late John Lennon. 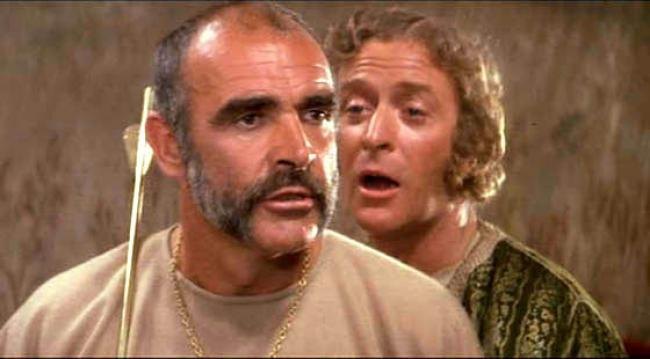 Two British soldiers in the recently Brit-acquired India, unhappy that they will be returning to their homeland, without earning much of the bounty, decide to test their luck by marching down to ‘Kafiristan’ and rule the land, by being the king and in turn, looting its riches. What unfurls next, is an epic adventure along the mountainous and bewitchingly beautiful Khyber Pass. Starring along with Sir Sean Connery, Mr. Caine played the loyal friend Peachy to Mr. Connery’s Dravot who goes delusional and starts thinking himself as the descendant of Alexander, born to rule the land. Playing second fiddle, Mr. Caine plays the sane voice to Mr. Connery’s man antics. 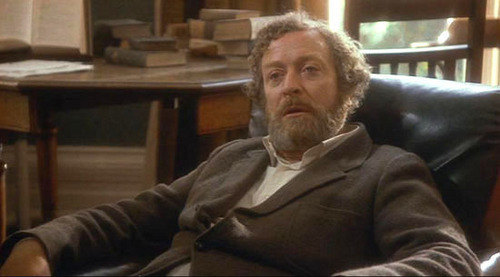 A rather ordinary looking Susan decides to take charge of her life and gets herself enrolled in the college. There she meets her alcoholic professor Frank who does not give a damn about her wishes. Over time, they mend their differences as they both try to thrive in their respective goals, in each other’s company. Breaking conventional boundaries, it ends on a bittersweet note but ensures that the viewer leave with smile on the face. Caine played the drunk professor who realises the true potential behind the plain Jane-esque Susan who names herself Rita, after the famous author. 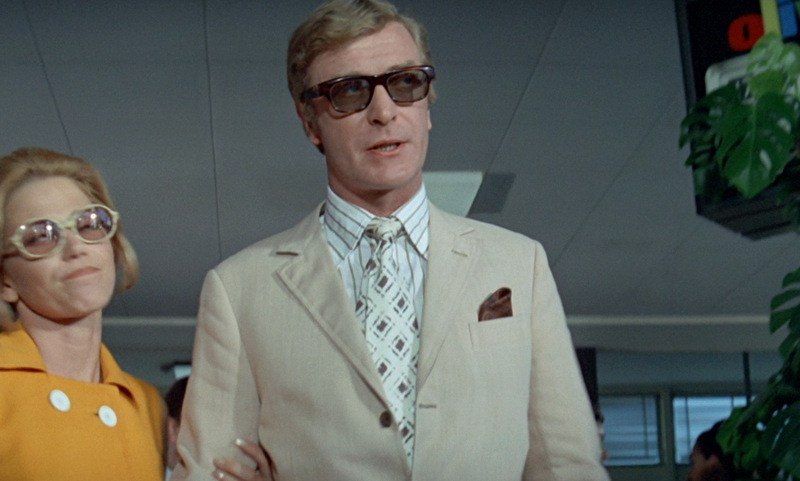 Considered as one of the best British film of all time, ‘The Italian Job’ is the caper movie that one must watch before dying. Caine effervescently used his cockney accent to rousing success while playing Charlie, the brain behind the elaborate heist that plays on screen. Featuring a classic mini cooper chase and some really stylish cinematography, ‘The Italian Job’ is considered to be ‘the caper movie’ of this era. The movie ends, with the bus hanging on the end of a cliff, keeping the viewer guessing about the final outcome of the chase. The climax scene was so much appreciated that in 2008, a competition was held to formulate a solution to the hanging bus. 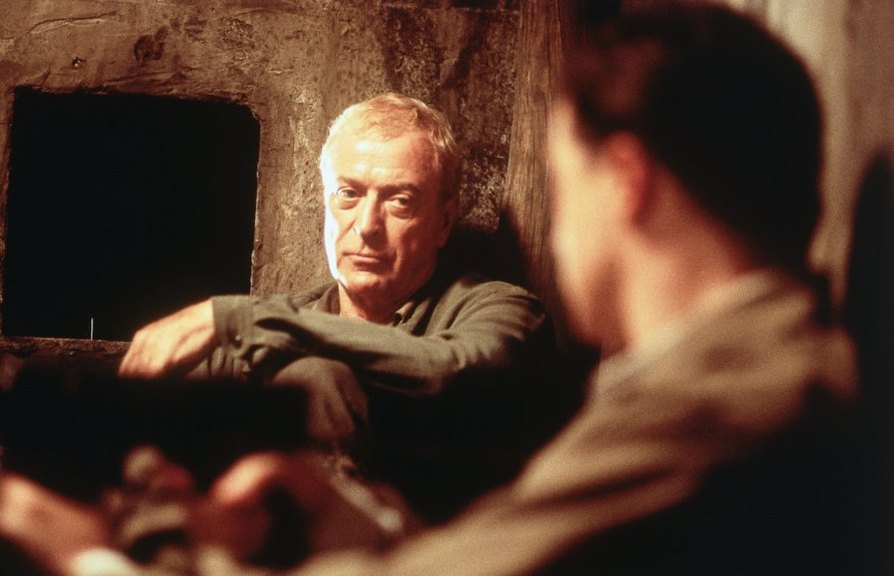 Adapted from the eponymous novel by Graham Greene, ‘The Quiet American’ is narrated by Caine’s character, a British journalist as he sees the growing American involvement in the troubled Vietnamese region between the natives and the colonialists i.e. the French. Another aspect of the movie is the love triangle between Caine, his mistress of Vietnamese origin and a young American aid worker, who may or may not have a hand in the growing distress among the natives, played by Brendan Fraser. Mr. Caine plays an ageing journalist, who falls in love with the mistress but cannot stop her from falling in love with Fraser, who has an ulterior motive. For his fabulous act, Mr. Caine was nominated for the Academy award for best actor, only to lose to Adrien Brody for ‘The Pianist’. 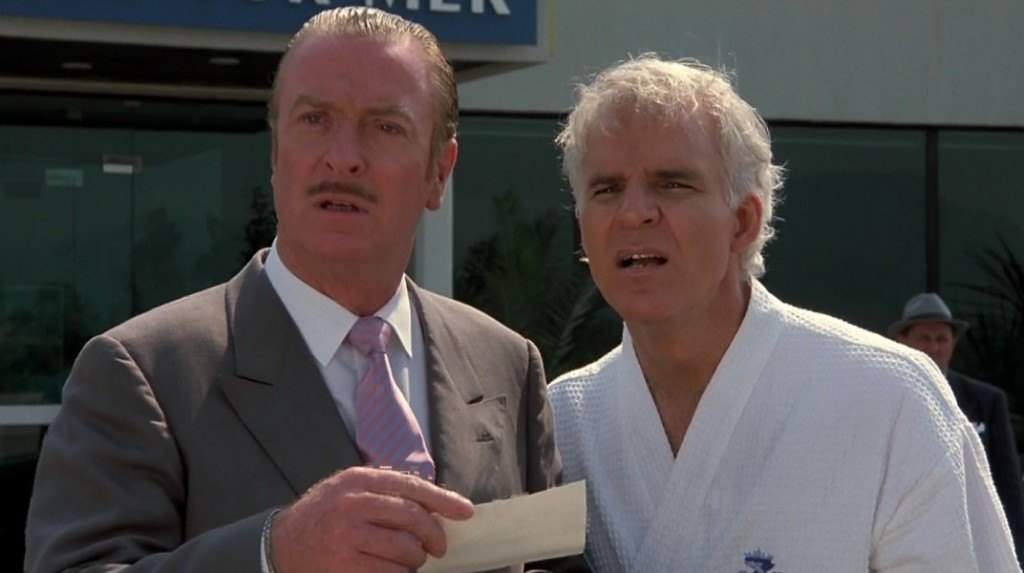 When you have a veteran Michael Caine, pitted against a young Steve Martin, the only thing that comes out of that is comedy of epic proportions. ‘Dirty Rotten Scoundrels’ is the story of two con men, competing against each other to win the love, well also the riches of an American heiress. They use all tricks in their bags to outdo the other. Caine, puts out his sophisticated and cultured British act where as Martin is all about the brash American con-ism. Watch out for the scene, where Martin fakes about being a paralysed navy officer and acts nonchalantly, even after getting beaten savagely on his legs. 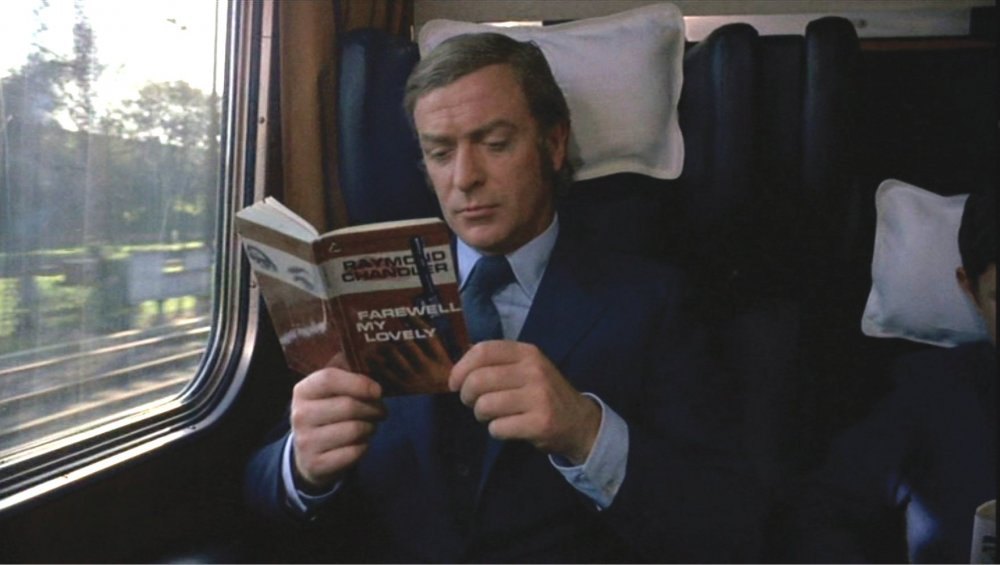 A killer by profession, becomes a killer by instincts as he moves around London to investigate his brother’s death. By going against the mob, he violates the moral code of the gangsters. Weeding out people after people and leaving a bloody trail in his quest for vengeance, well, that’s Jack Carter for ya ! Bloodier than your average British film, ‘Get Carter’ changed the persona of Michael Caine in the seventies. Critics were divided with their polarised opinions about the film, but everyone agreed on one fact – the gritty, ruthless portrayal of Carter was aced by Mr. Caine. Over years, this movie has rose to the level of a cult, that of crime movies. 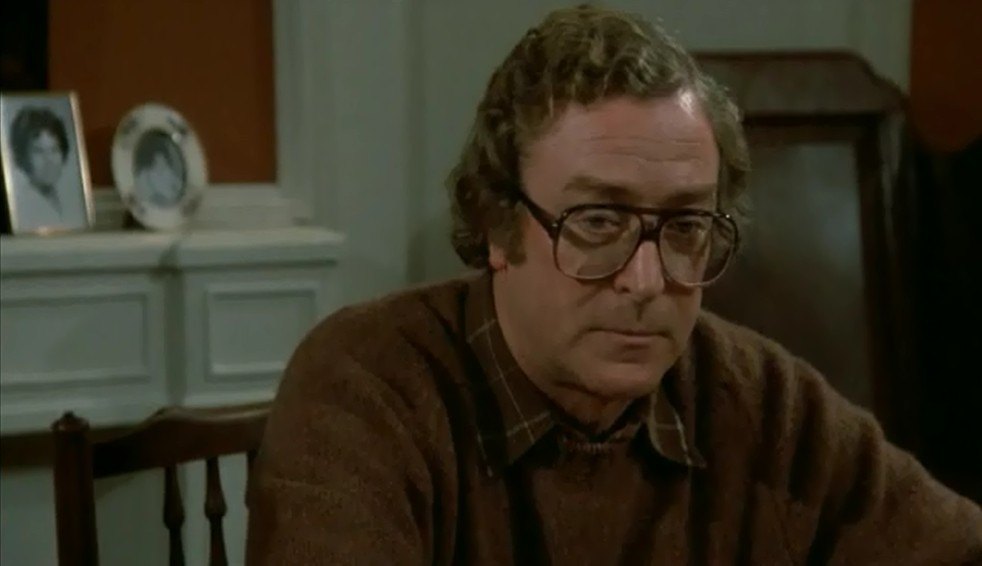 Perhaps one of the greatest movies to have come out of Woody Allen’s stable, ‘Hannah And Her Sisters’ tells the story of three sisters and the people in their lives. Breaking the usual convention of good-things-happen-to-good people monotony of movies, this film tries to address the fact that people are characterised by their imperfection, without judging them. Caine plays Elliot, Hannah’s husband who’s in an extramarital affair with her sister Lee. Evolving around the idea that people grow apart, in the lack of an emotional connect, Caine’s character falls out and again fall in love with Hannah. This role earned him, his first ever academy award in the best supporting actor category. 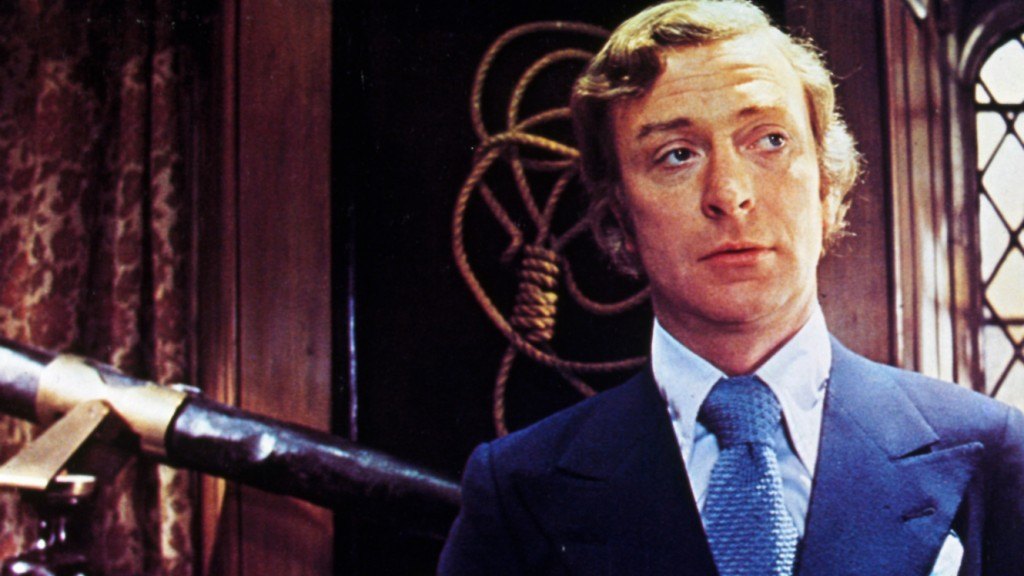 Think of the perfect crime. Then go one step further. This is how ‘Sleuth’ was promoted before its release. When the most successful crime writer sets up a young man, in a plan to humiliate him for being his ex-wife’s paramour, he thinks of having the last laugh. But when the seemingly foolish young man turns the table on him, it quickly descends into a game of cat and mouse, where each one tries to destroy the other. The dynamic duo of Laurence Olivier and Michael Caine created havoc on screen, as they tried to outdo each other. For the eccentric character of Olivier, Caine played the perfect foil as the unpredictable. For their dazzling act, both of them were nominated for the academy award for best actor, only to lose to that man – Vito Corleone.