The boldest and most talented actress to come out from Bollywood in the last few years. Radhika Apte has taken the film world by storm and sure does look like she is here to stay. Apte initially ventured in the regional films like Bengali and Marathi films before taking over Bollywood with films such as Badlapur and Manjhi: The Mountain man.

In just a few years she has showcased a wide range versatility and a fearlessness that only few possess. Apte’s films are unconventional, powerful and thought-provoking, even the light-hearted ones. Today in the list we will be looking at the top movies of Radhika Apte. 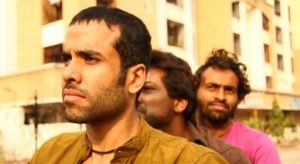 Consisting quirky humour as well as brutal violence, ‘Shor in the City’ is a film that is well capable of surprising and scaring you. The consistency from the actor well accompanies the smart screenplay of the film. It is loaded with sarcasm and wit which will definitely make you chuckle despite its dark subject and tone. 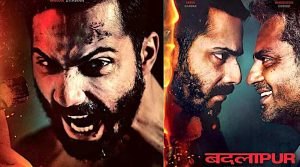 Directed by Sriram Raghavan, Badlapur consists a talented cast that includes Varun Dhawan, Nawazuddin Siddiqui, Huma Qureshi and Radhika Apte. The film is a revenge story that follows a man avenging his wife and son, years after their death. Badlapur was a success both critically and commercially.

‘Badlapur’ is a riveting film that is carried by the stellar cast who all deliver, plus a very responsible sense of direction. The film is not predictable and takes different twists and turns. Not only is it thrilling but the comedy moments work very effortlessly as well. 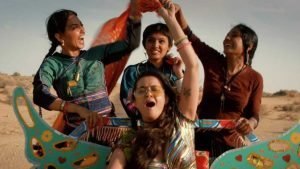 One of the best films to come out of India in the last decade, Parched is a 2015 film starring Radhika Apte, Tannishtha Chartered, Surveen Chawla and Adil Hussain. It premiered at the 2015 Toronto International Film(TIFF) and was very warmly received from the international crowd.

Parched is a gem of a film that is fresh and gripping as it takes on the complex and dark topic of sexual politics in India. The story is deeply layered and is well told with superb performances from the cast as well as brilliant technical work. Russell Carpenter the Oscar winning cinematographer from Titanic is the Director of Photography in the film. 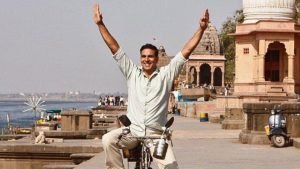 Pad Man is a 2018 Indian biographical comedy-drama film directed and written by R. Balki, featuring Akshay Kumar, Sonam Kapoor and Radhika Apte in lead roles. Loosely based from the short story The Sanitary Man of Scared Land inspired by the life of Arunachalam Muruganantham, a social activist from Tamil Nadu who introduced low-cost sanitary pads.

To be honest I wasn’t expecting anything from this film and it turned out to be quiet a pleasant surprise. Padman is
a well-meaning picture that tackles taboo issues with great humour and a moving tale. Like the protagonist himself, the film is a sincere effort in bring forward a taboo subject. 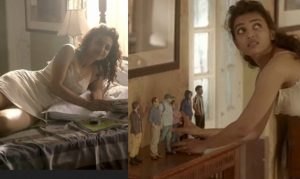 Ahalya is a short film, yes, but it ranks among Radhika Apte’s best and hence makes it’s way in to the list. Directed by Sujoy Ghosh, the film starrs Soumitra Chatterjee, Radikha Apte and Tota Roy Chowdhary. The short film takes elements from the mythological story of Ahalya from Ramayana.

Ahalya is twenty minutes of pure mystery and art. The performances are not over the top and all feel grounded and completely convincing. Cinematography of the film captures the tone and vibe of the story perfectly. 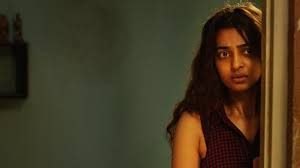 2016 released Phobia is an Indian psychological thriller film, directed by Pavan Kirpalani and produced by Viki Rajani. The film stars Radhika Apte in the leading role as Mehak, an artist suffering from severe agoraphobia after a traumatic event. The concept and climax of the film is copied from Hollywood film Visions

Radhika Apte anchors the film with her hair-raising performance. It is a scary film that does not rely on monsters, ghosts or even serial killer to creep fear into you. A fine artistic technical crew, with some terrific writing and acting can bring you a class film. 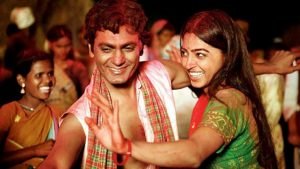 Manjhi – The Mountain Man is a 2015 Indian biographical film, based on the life of Dashrath Manjhi. Manjhi, widely known as the “Mountain Man” was a poor labourer in a village in Bihar, India, who carved a path 9.1 metres (30 ft) wide and 110 metres (360 ft) long through a hill 7.6 metres (25 ft) using only a hammer and chisel. Nawazuddin Siddiqui stars as the lead Manjhi while Radhima Apte plays his wife.

Spectacular performances from Siddiqui and Apte cover for all the inconsisties and flaws of the films. The story is inspiring and unique. Gritty and powerful, the film contains likeable characters who speak with quotable dialogues.