The story of the poor, oppressed and suffering protagonist reaching on top of the world has universal appeal. Hundred of thousands of movies have been made on the plot. From a Cinderella sliding on the glass slipper to the journey of the orphaned Pip in Charles Dickens ‘Great Expectations,’ classic literature used the plot to ponder on the mercurial nature of human existence. World cinema has never been shied away from the universal appeal of rags to riches plot. Moviegoers around the globe identify themselves and experience the cathartic moment of relief with the protagonist on the screen who conquers and breaks the obstacles blocking his destiny. Such movies console the wounded souls of the viewers by depicting an imaginary feature in which they might win unexpected wealth and success.

Even though the rags to riches movies stopped being the darlings of major Hollywood production houses as they were in the 30s, a years after the Great Depression, they are still on high demand on various platforms; a reason why the streaming platform Netflix keeps a diverse repository of rags to rich movies. So, here’s the list of really good rags to riches movies on Netflix that are available to stream right now. 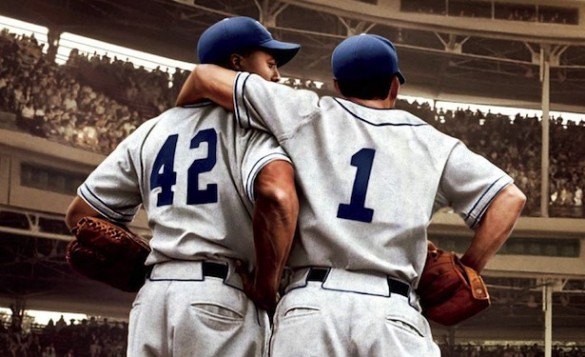 The real-life story of Jackie Robinson, the first African-American to play in Major League Baseball, took a long time to make it to the big screen. Even though filmmaker Spike Lee nurtured it as a dream project since the 90s with Denzel Washington, the movies didn’t happen. Later, Academy Award-winning director Brian Helgeland realized Jackie’s inspiring life as a biopic, ’42.‘ While Chadwick Boseman played Robinson, Harrison Ford appeared as Branch Rickey, the sports executive who changed his destiny. Robinson’s widow, Rachel Robinson, had also taken part in the production days of ’42.’ 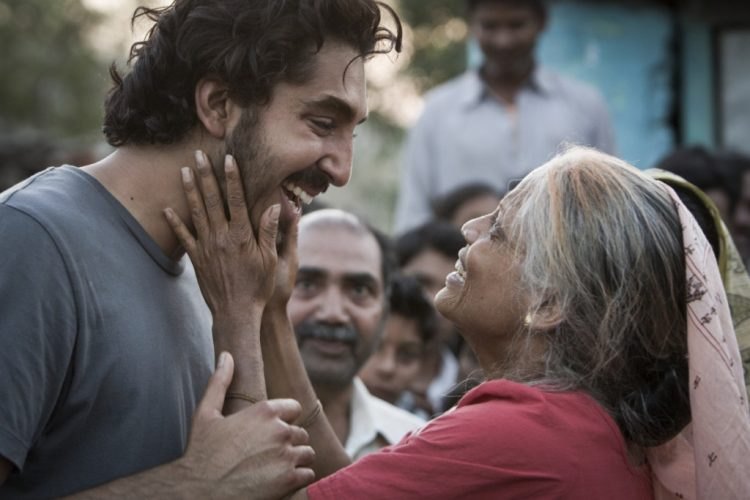 ‘Lion’ is the true story of Saroo Brierley‘s path-breaking journey from a poor neighborhood in the streets of Burhanpur, India to Australia as the adopted son of an Australian couple. The movie explores his predicament in the new world as an uprooted individual. ‘Lion‘ becomes emotionally gripping when he decides to go back to India to trace back his origin, with the help of the omnipresent eyes of Google. Garth Davis‘s haunting and emotive narrative, powered by a stunning performance from Dev Patel and Nicole Kidman made the movie a global success with six Academy Award nominations. 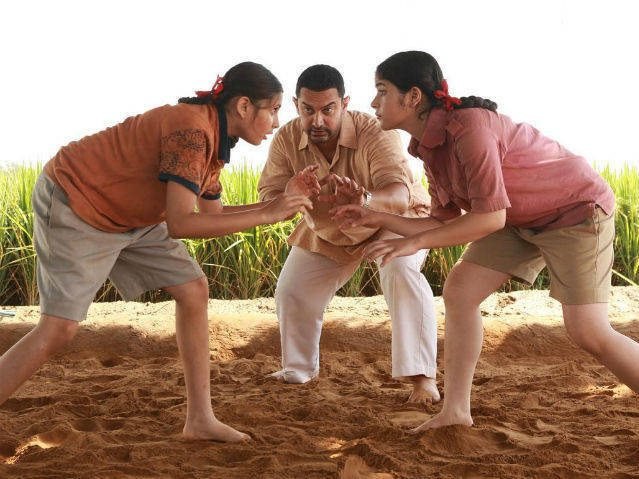 ‘Dangal’ is the kind of movie for a non-Bollywood moviegoer to start tasting the delicacies of Indian cinema. The movie, which went on the became a mammoth hit with record figures in the Indian box office, is based on the true story of the life of the amateur wrestler Mahavir Singh and his two daughters, Geeta and Babita Phogat. ‘Dangal‘ traces a father’s extraordinary journey and struggle to make his daughter two world-class wrestlers, challenging social taboos, bureaucratic red tapes, familial pressure, and his age. By the time his daughters became India’s first world-class female champions in wrestling, ‘Dangal‘ has also become a sports-drama the global viewers can emotionally connect with. 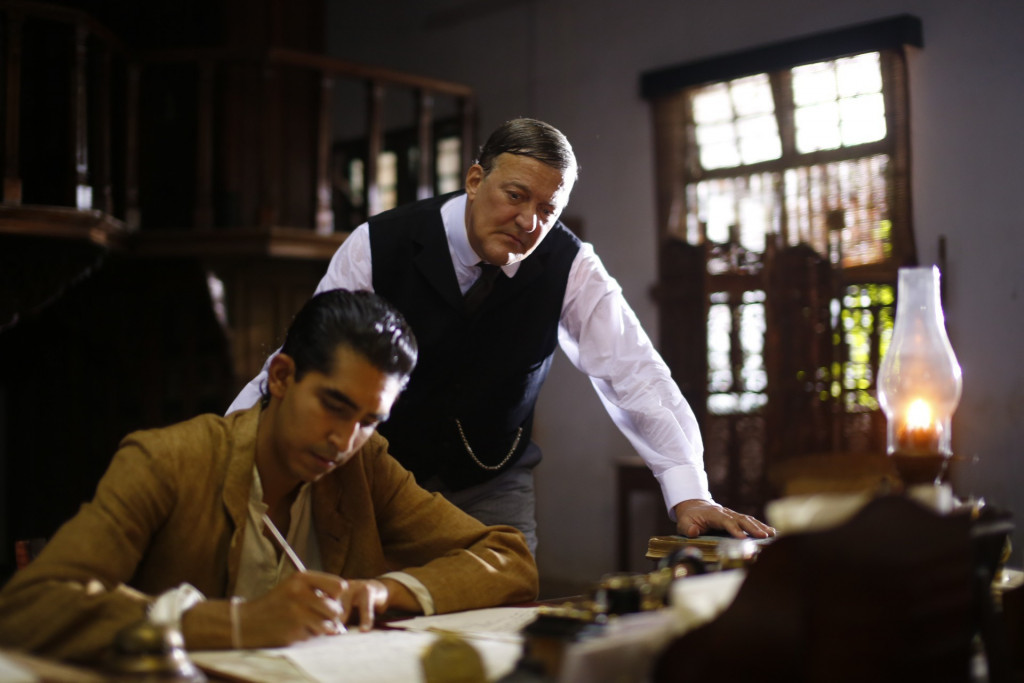 ‘The Man Who Knew Infinity‘ follows the life of Srinivasa Ramanujan, the greatest mathematical genius India has ever produced. Growing up in an extremely poverty-ridden neighborhood in Chennai, India, Ramanujan made it to the Cambridge University. There, he stamped his mark in the history of mathematics with his path-breaking theories. With the support of his professor, G.H. Hardy, Ramanujan battled with the longing of his young wife in India, his failing health, prejudices of the British people who were on the verge of World War 1. 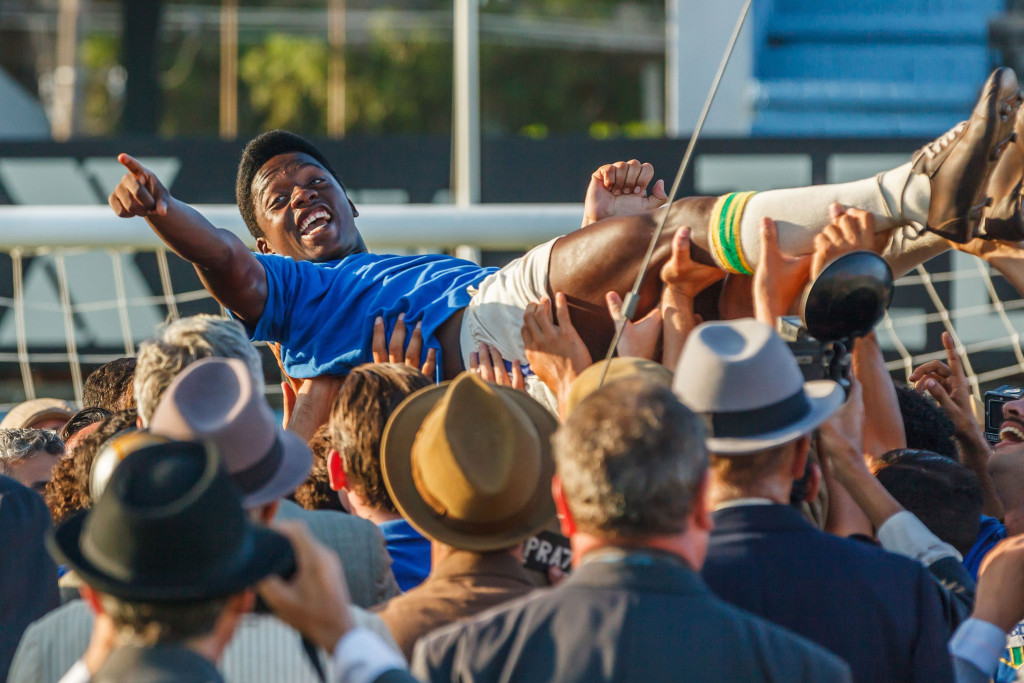 ‘Pele: Birth of a Legend’ chronicles Pele’s rise from the slums of Sao Paulo to the world cup finale at the age of 17. His historic roller-coaster ride landed Brazil on first World Cup victory. The movie takes us to Pele’s childhood which was haunted by poverty and adversity. As a protege of unmatched skill and determination, the boy broke the Eurocentric notions of the game by barreling into the French defense in the final. The movie marks a crucial point of destiny in Pele’s life and career, from which the legend of Pele started to permeate around the world in the years followed. 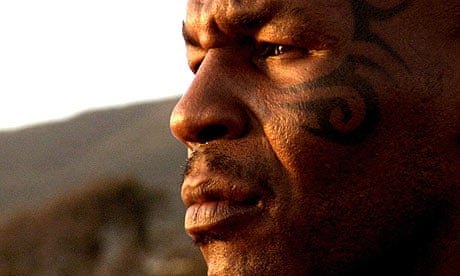 ‘Tyson‘ is a documentary feature which has a surprisingly emotional Mike Tyson opening up about his turbulent private and public life. The movie painstakingly narrates the World Champion of Heavyweight Boxing’s life from just the sole perspective of Tyson. With the help of original interviews, archival footage, and photographs, director James Toback plays the narrative back and forth through the Boxer’s life. Tyson remembers his boyhood in Brooklyn’s hostile and dangerous streets. Growing up was a challenge every minute and fear and resolution were his closest buddies when it comes to battling with constant bullying and humiliation. He also remembers his first stint with boxing when he was sent to a detention center. Important people like his mentor, Cus D’Amato, unpleasant memories like a failed marriage, and the numerous controversies surrounding him also pass through the mighty Tyson’s train of thoughts. 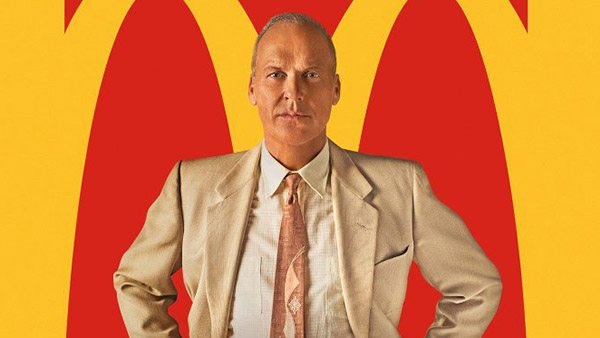 When the movie ‘The Founder’ starts, we meet brothers Mac and Dick McDonald, who are running a burger firm in the 1950s Southern California. When Ray Kroc, a salesman from Illinois, crosses paths with the burger duo, he is impressed by the brothers’ unique system, making and delivering the burgers. Kroc presents an idea of kick-starting a franchise network all through the U.S. with a full-fledged assembly line production which enables any order ready within seconds. The movie shows how the McDonald brothers enter the franchise deal hesitantly with Kroc at the top of the joint venture. But the differences between them surface soon and Kroc parts ways with the brothers, listing him as the founder of McDonald’s. 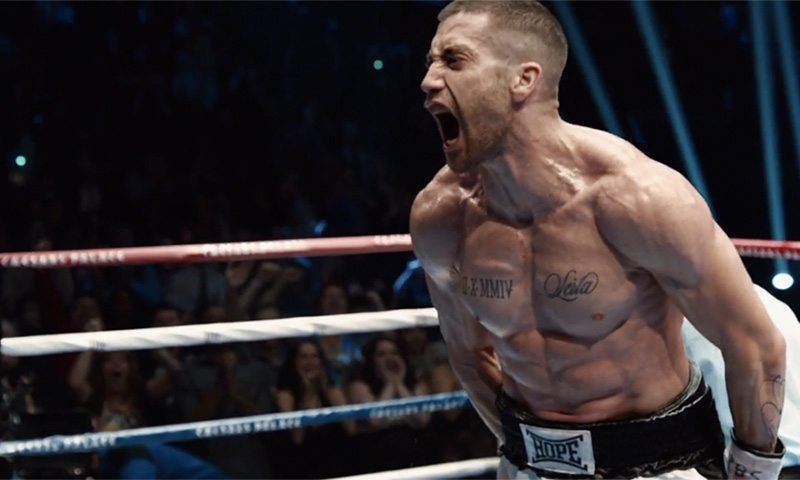 When Billy finds himself stripped of everything, including a glittering career, a beautiful wife, a lovable daughter, and a posh lifestyle after a tragedy, the movie, ‘Southpaw‘ underlines the human vulnerability to circumstances. Billy was the incumbent junior middleweight boxing champion when destiny ousted him from all the fortunes. He had to start from the beginning and he accidentally found out a helping hand in a former fighter who trains the city’s toughest amateur boxers in the underbelly of illegal boxing. ‘Southpaw’ is a heartwarming story of the resilience of a boxer and his struggle to win the hardest battle of his life, with salvation and the lost love and trust of his loved ones being the prizes. 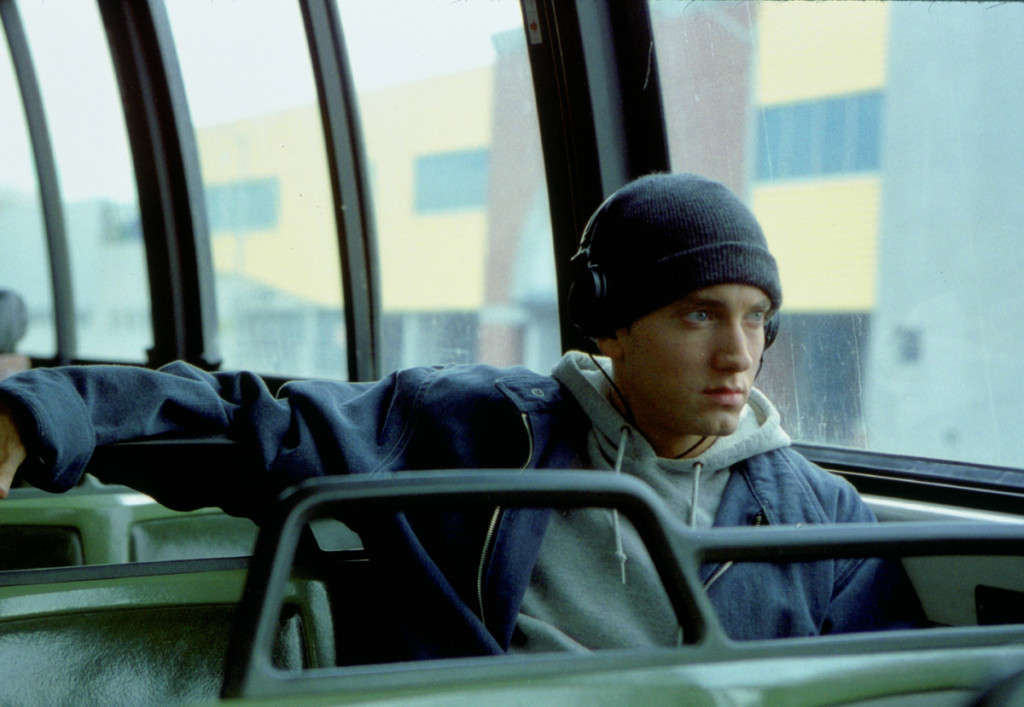 ‘8 Mile’ explores a young musician’s predicament to choose the sharply divided worlds on the way to a bright future. Set in the backdrop of the Detroit’s rocking hip-hop arena of the mid-90s, the plot follows Jimmy Smith Jr., a young white rapper. He struggles to find his place in the thickly populated hip-hop scene which is divided by the highway, ‘8 Mile.’ The city dwellers consider it as a border and there exists a virtual wall of race, class and color. Now, Jimmy has a rapping contest at hand and he has to win it as it is his last door to escape perils of the ghetto, including his run-down trailer home, his alcoholic mother, his younger sister and her abusive boyfriend. 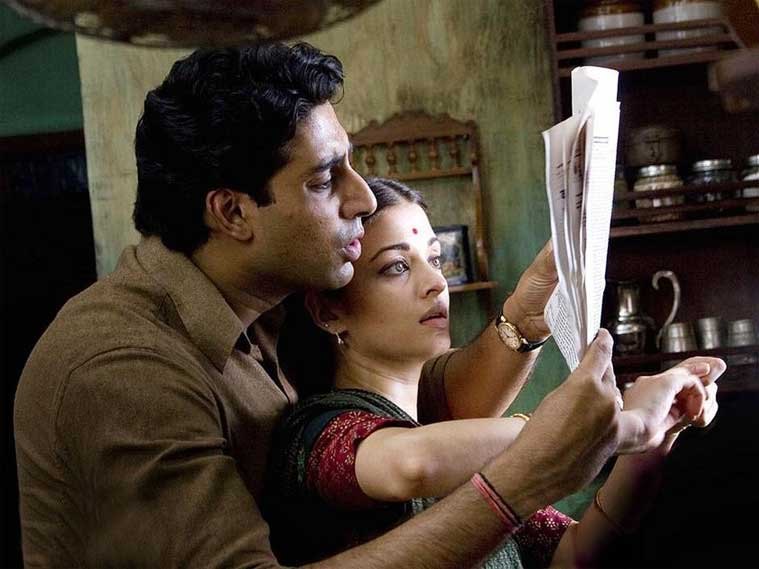 When Gurukant, a hyperactive boy, fails to meet his schoolteacher’s and father’s expectations, his parents are disappointed. Director Mani Ratnam’s much-acclaimed business saga ‘Guru’ follows Gurukant, who sets out on a journey to Turkey in search of a fortune. In Turkey, he finds not just employment, but a truth that changes millions of life later. He comes back to India with a determination of starting his own business. But the country was reeling under licence-raj and bureaucratic red tape. Moreover, hailing from a poor family background, the way to find the capital for his venture was to marry a girl from a wealthy family. He has done his research and ties knot with Sujata, the daughter of a wealthy man named Jignesh. After the marriage, Gurukant begins his unstoppable journey to become one of the biggest corporate entities in the history of India. 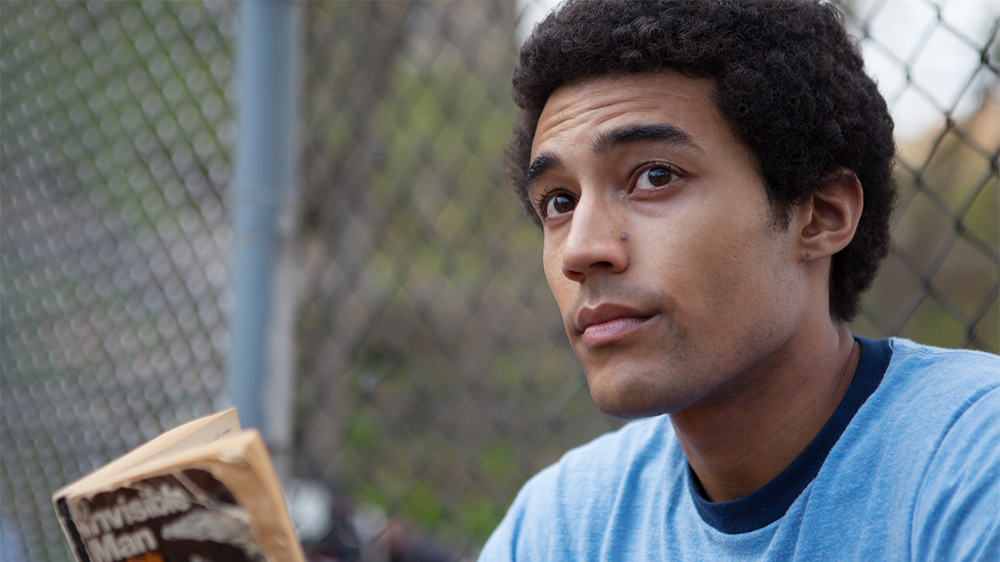 ‘Barry’ is Vikram Gandhi’s take on the life of former U.S. President Barack Obama as a college student. The movie which focuses on his life as one of the few black students at Columbia University, NY, in the early 80’s. He was known as Barry within the campus, which was a place marked with sharp lines of separation based on racial politics and judgement. Barry had to fight the prejudices and racist opinions of his fellow students and other staff to find his place in the University. The painstaking process leads him to a self exploration and identity search as he gets involved with different communities and social circles. The movie chronicles the formative years of Barack Obama, a crucial period in the life of the first black president of the US.

When exploring a 20-year-old future president’s campus life, the director also gives us a glimpse into the of gaps and patches of the American history. While Barry grapples with the difficulties of being bi-racial, at a specific location of Columbia University, there was the Harlem, the historic African American community, just a few minutes’ walk from the University. Barry was the only black student in his class, and even though he was not subjected to blatant racist attacks, he comes across micro-aggression everywhere.

‘Barry’ reminds us of the vast genre possibilities of rags to riches movies. They can push the boundaries further and not restrict themselves as mere heroic narratives of protagonists determined to earn money for ungraded social status. Movies of this genre can also shed light on the invisible battles people are fighting in various facets of society in terms of race, class, caste, religion, gender, sexual preferences and geopolitics.