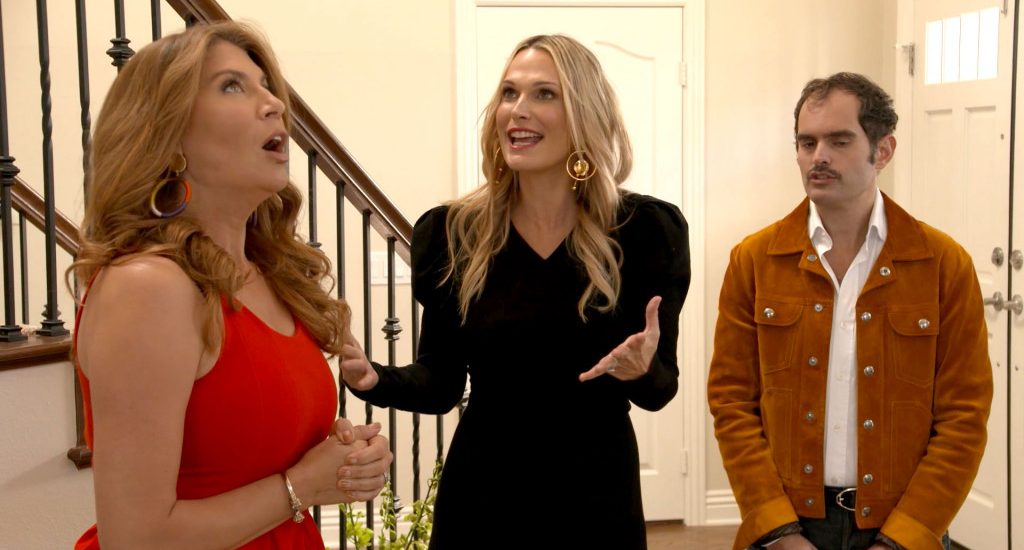 ‘Best Room Wins’ is a reality show that airs on Bravo TV. Over the years, as many of you would know, Bravo TV has become a dominant force in the world of unscripted reality television with innovative shows like ‘Below Deck’, ‘The Real Housewives Of Atlanta‘, ‘Watch What Happens Live with Andy Cohen‘ and so on. ‘Best Room Wins’ surely strengthens their repertoire in the genre. With the increasing competition among various channels when it comes to reality shows, Bravo has been able to maintain its innovation with new concepts and themes. ‘Best Room Wins’, as the name suggests, judges the participants based on who has been able to decorate a room better than the other competitors.

Speaking about the difficulties they faced while shooting some of the episodes, Lisa Shannon said that the production of the show collided with the days the Malibu fires broke out, and some of the houses which were selected for the show came under the fire zone. Shannon also pointed out that in most reality shows, the contestants are generally amateurs wanting to break out into the professional circuit, but in this show, her opinion is: “With this one what’s so fun to watch is all the designers are established in their own right. So you have people at the top of their game competing against each other under stressful situations, limiting them to a style genre, and a budget and a timeframe. It was really cool to watch the designers exercise a part of their brain they really haven’t used in a while.”

Best Room Wins Cast: Who is in it?

‘Best Room Wins’ is an unscripted competitive reality tv show where interior designers are pitted against each other to find out who is the better of the lot. Two designers compete against each other for four days and their entire work is assessed by three judges.  The show is hosted and co-judged by Genevieve Gorder. Gorder is a veteran face when it comes to shows related to homes and decor. Gorder is one of the earliest designers to feature in the series ‘Trading Spaces‘ (TLC). We can also see her in the Netflix series ‘Stay Here‘.

Besides Gorder, the editor-in-chief of Elle Decor magazine, Whitney Robinson, is the other regular judge we can see in all the episodes. The third member of the judges’ panel is selected on a rotational basis. Some of the judges who appear in the first season of ‘Best Room Wins’ are- Jonathan Adler, Kathryn M. Ireland, Martyn Lawrence Bullard, Thom Filicia, Jeff Andrews, Molly Sims, Jason Wu India Hicks, and Jamie Bush. Out of these names, Johnathan Adler has earlier worked with Bravo TV on the show ‘Top Design’ for two seasons. Martyn Lawrence Bullard is another famous interior designer who works with Hollywood celebrities. He is the star of the show ‘Million Dollar Decorators’, also a Bravo presentation.

Best Room Wins Plot: What is it about?

Interior designing can go a long way in adding a spark to a room to make it look the absolute best version of itself. And how good a room can look surely depends on the imagination and talents of the designer. What is necessary to remember for a designer is that not only the client needs to be satisfied with the end product, but she/he also has to stick to the budget and not go overboard with the spendings. This potential of a designer is exactly what is being tapped into in this new show by Bravo TV.

A room inside a multi-million dollar house is the playing field of the participating designers. Both participants are allocated a budget of $25,000 which they cannot cross while designing the room. They are given a four-day time to complete the work after which it is time for the judges to pass their verdict. Who is the better among the two depends upon three factors: how pleasant and appealing the design really is, how far each contestant has been able to stretch the budget as per requirement, and finally, how satisfied the customer is with the end product.

The four days in which the participants complete their task is edited into one episode. At the beginning of each episode, the host Genevieve Gorder appears with the contestants to give them the basic idea of the challenge and goes away to let them complete the task. When the participants are halfway through the work, Gorder returns to check out the progress and offers the designers her valuable advice. At the end of the fourth day, the judges come in to rate the work done. The designer who wins in each episode gets to appear on a feature story on Elle Decor’s online magazine.

Best Room Wins Season 2 Release Date: When will it premiere?

Best Room Wins Season 1 premiered on May 1, 2019. Those interested in designing interiors and looking for pro-tips from veterans in the business loved the show. Despite the fact that it is quite costly to design a house, but the tips and ways of approaching interior design left many viewers impressed.

As far as the next season goes, we don’t have an official announcement yet. Though considering unique concept of the show, we would be surprised if it doesn’t get another season. Our best guess is that if the show does get renewed, Best Room Wins Season 2 release date could fall sometime in May, 2020. We will update this section as soon as we hear more.

While we wait for Best Room Wins season 2, check out this first look trailer of Season 1.