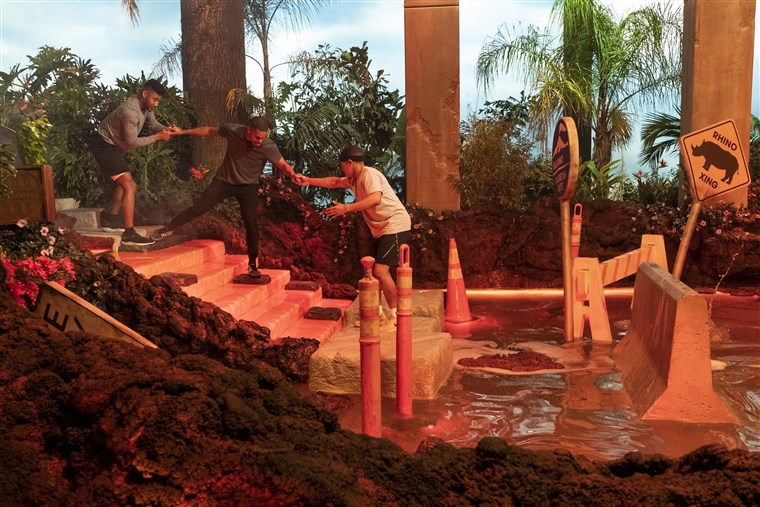 ‘Floor Is Lava’ is Netflix’s insane game show, hosted by Rutledge Wood. Here, contestants need to navigate a floor, filled with hot liquid — to be specific, 80,000 gallons of bubbling, bright-red water! And how do you do that? Jump over tables, leap from boxes, hang from curtains, or swing from chandeliers and ropes. It is basically ‘Takeshi’s Castle’ but with a riskier, more difficult obstacle course. The winner (s) gets a cash prize of $10,000. Well, if you want an entertaining show where you need to switch off your brain, for 10 racy episodes, this is a must-watch. And if you have already watched it, here’s a list of six best shows like ‘Floor Is Lava’, which you can add to your watchlist. Many of these series are available to watch on Netflix, Amazon Prime, or Hulu. 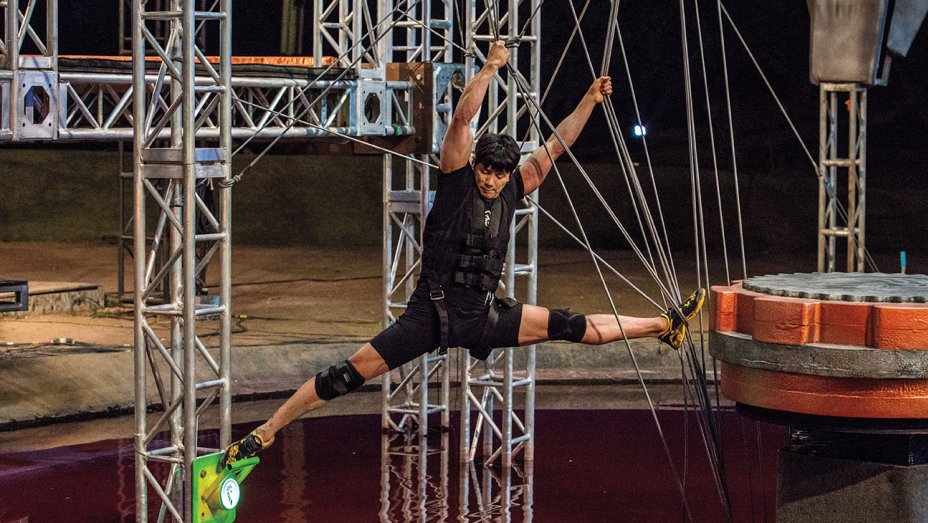 Another Netflix title, ‘Ultimate Beastmaster’ is a sports + entertainment reality show that introduces a twist to the regular format of obstacle course competitions. Here, we have six localized versions, with each version featuring a mix of leading television hosts, actors, comedians, and athletes as commentators. They represent the six countries competing in the particular season. The show aired for two seasons on Netflix. 12 players, 2 from each nation (9 players in season 2; with 1 from each country), compete in an obstacle course, called The Beast. The winners aka Beastmasters proceed to the semi-finals from where the highest scorers move to the finals. The final winner is crowned as the Ultimate Beastmaster. 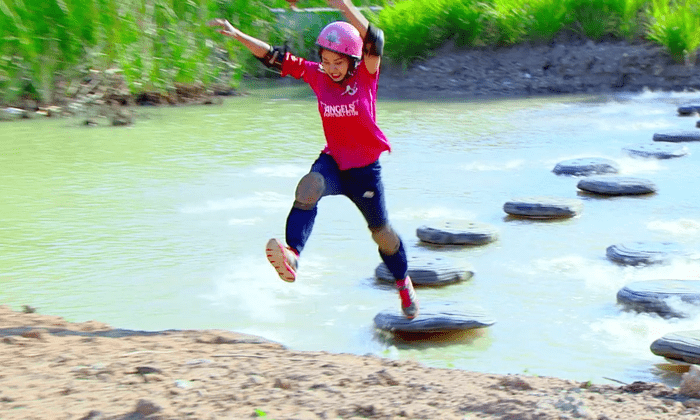 Well, this is a no-brainer. ‘Takeshi’s Castle’ is the Japanese cult-hit, evergreen show, hosted by Takeshi Kitano, who comes up with multiple weird challenges for contestants to reach him. He owns a castle and the path leading to him is packed with obstacles. In the United States, ‘Takeshi’s Castle’ aired on Spike TV, under the title MXC aka ‘Most Extreme Elimination Challenge’. There were two attempts to Americanize the format as well — one by FOX in 1990, called ‘King of the Mountain’, and the other by CBS in 1993, named ‘Storm the Castle’. 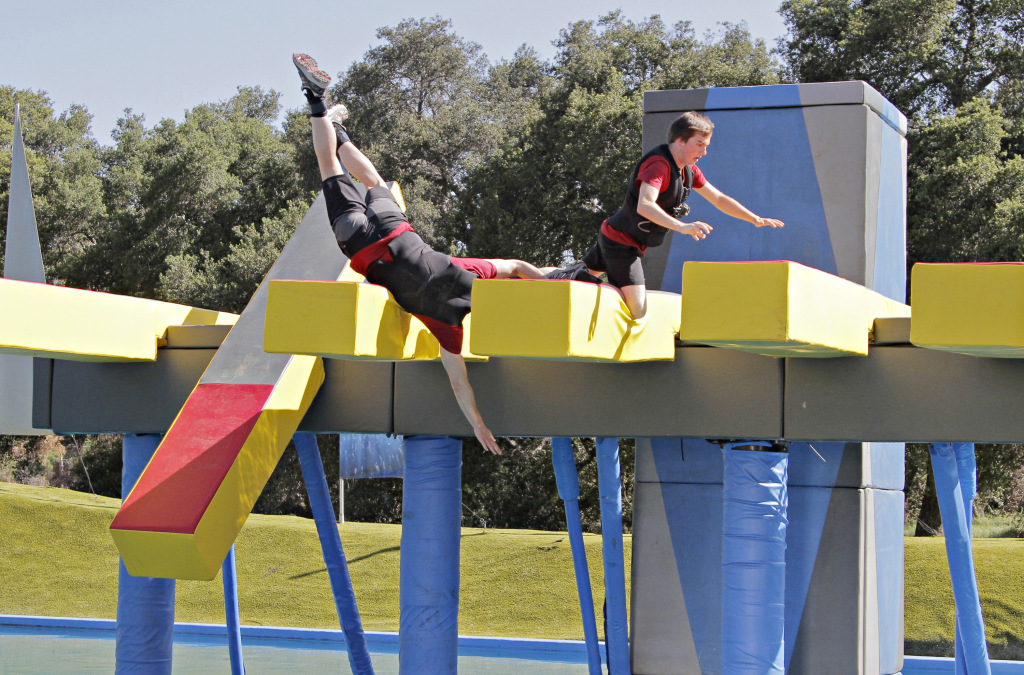 ‘Wipeout’, which aired on ABC from 2008 to 2014, is a game show that boasts the “World’s Largest” obstacle course. Hosted by John Henson and John Anderson, the competition features four rounds, with players running through a series of obstacles. The obstacles that hinder their speed are extremely complex, ranging from hostile devices to massive objects. The last-remaining contestants land in the Wipeout Zone, where the winner gets a $50,000 grand prize. In April 2020, TBS confirmed that it will launch a reboot of the superhit series. A date has not been announced yet but you can check this space for updates. 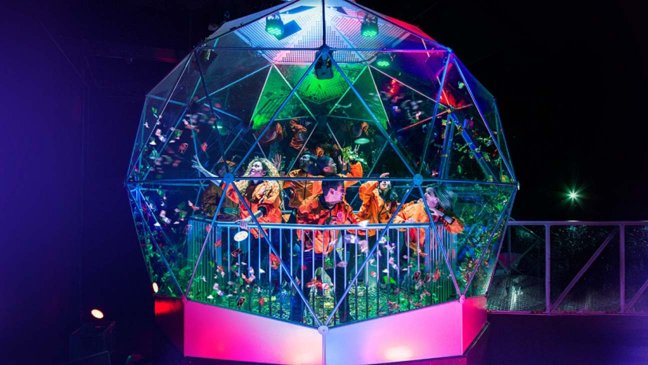 An adaptation of the eponymous British game show, ‘The Crystal Maze‘ airs on Nickelodeon. It premiered on the channel in January 2020 and follows family members battling it out for the grand cash prize of $25,000. Comedian Adam Conover serves as the Maze Master and its format sticks closely to its British counterpart. Each team needs to play eight games while inside a maze. Two participants are allowed in each zone. The group that finishes the Crystal Dome with a positive total of gold tokens wins $100 per gold token — minus the deductions for the silver tokens. A net count of 100 gold tokens or more allows the winner to pocket the total $25,000. 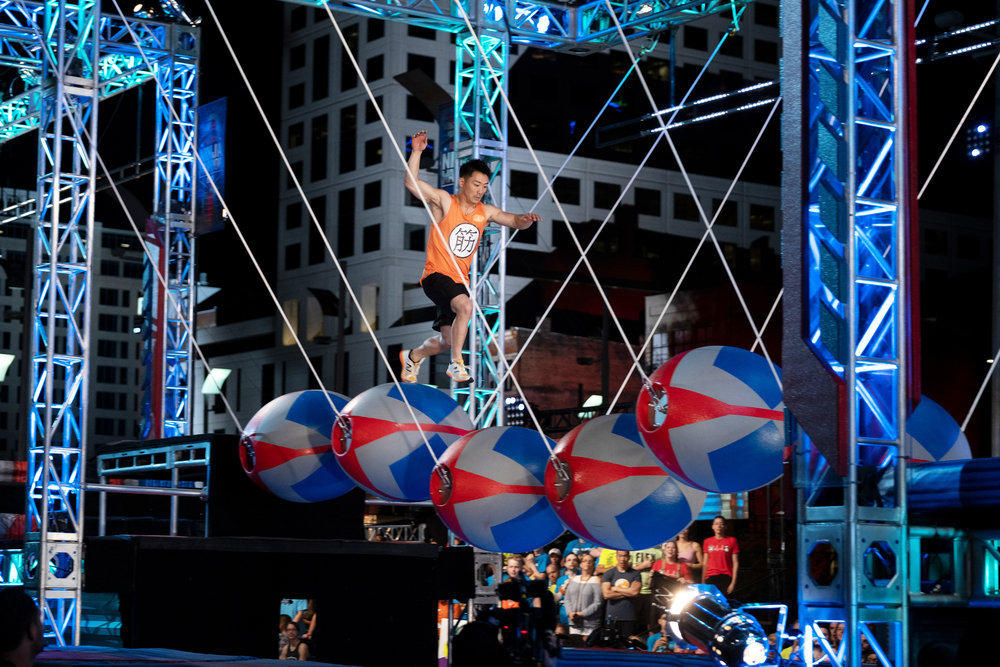 ‘American Ninja Warrior’ is the US adaptation of the Japanese obstacle-based game show, ‘Sasuke’. The elaborate competition follows a number of players, attempting to finish a series of extremely complicated obstacles — installed in several cities throughout the United States. The successful finalists advance to the national finals on the Las Vegas Strip and the winner is declared as the ‘American Ninja Warrior’ for the season.

Read More: Floor is Lava: Where Do The Contestants Go After They Fall? 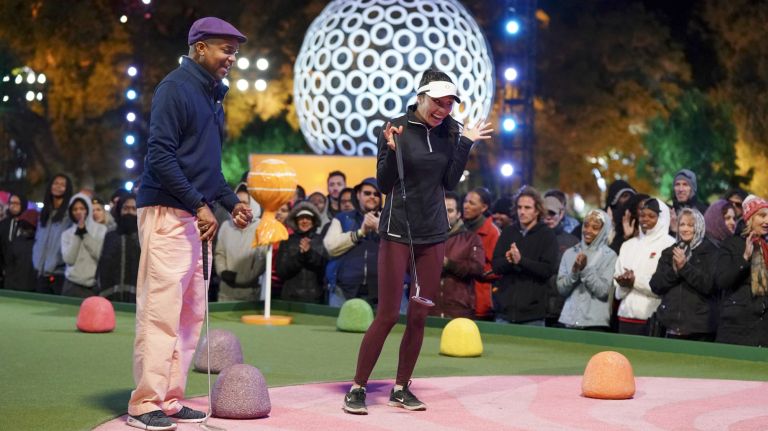 ‘Holey Moley’ is ABC’s rendition of the obstacle-course game show genre — but with a twist. Here, the contestants compete in a supersized miniature golf course. A bunch of mini-golfers partakes in a series of head-to-head, sudden-death matchups. The winners from the first round proceed to round 2. The last-remaining players move on to the third and final round where they battle it out on the ‘Mt. Holey Moley. hole in a three-way contest. The winner gets The Golden Putter trophy and a cash prize of $250,000.

Read More: Floor is Lava: What is The Lava Made Of?