Supernatural is a show that has been running for quite a long time. Centered around the lives of Sam and Dean Winchester, two brothers who hunt supernatural creatures after their mother is killed and their father mysteriously disappears. The show started off with tackling some of the most common supernatural character tropes like werewolves, ghosts, and vampires but they also went on to explore urban legends and myths and later on took on the really big guns including the leviathans and the Devil himself.

By now the show has a wide array of characters that have been introduced and done away with including the Winchesters’ mother’s side of the family, angels, and God himself. So with so much going on in the show, let us see the top and funniest Supernatural  episodes selected from among all Supernatural seasons: 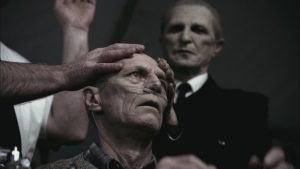 This was one of the first episodes that showed what the Winchester brothers meant to each other and the sacrifices they were willing to make. Going on, on the show, these sacrifices would later result in greater consequences. Dean suffers a heart attack in this episode and survival seems bleak for him. Sam, after exhausting the conventional means tracks down a faith healer who is rumored to have a good success rate. This episode, later on, brings the Winchesters, face to face with a reaper, they would later go on to meet various reapers and even meet Death himself.  However, this episode shed light on Sam and Dean’s faith in God and their belief systems but will always remain in my mind a fine episode that displayed unbelievably strong sibling affection. 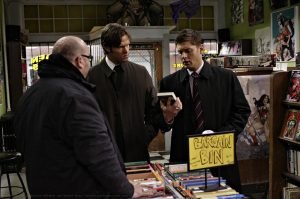 One of the first episodes to reference the Supernatural fanbase and yes, they have a very strong very active fan base. This episode also introduced Chuck to us, a person who was apparently a prophet of the Lord. However, it would later be revealed to us that Chuck was God himself. However, this episode raised questions as to how much in control of their lives Sam and Dean were and whether they were part of God’s plan. A finely made episode with moments of humor, this is one of the better episodes in the long-running show. 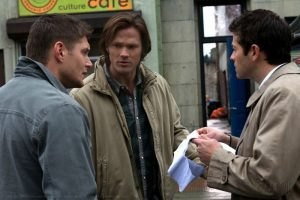 If you think television shows cannot break the fourth wall, this episode did that and how. Not only did they break the fourth wall but also made jokes on it. The episode sees the angel Gabriel brought the brothers to a dimension where they are Jared and Jensen, their real names, but they think they are Sam and Dean. Misha Collins who plays Castiel the angel in the show is just Misha here, a twitter frenzied actor. The show makes a lot of meta references and jokes like Kripke (the man who left the show after season 5) is killed on set. It is one of the most enjoyable episodes and deserves this place on the list. 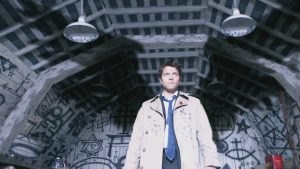 The end of season three saw Dean going to hell and this season’s beginning sees Dean claw out of the earth, returned and alive. If that wasn’t big enough, this season takes the safety off, by introducing angels. For previous seasons we have seen the brothers question faith and the answer is here, not with fluttering wings to sweet music, but with vengeful thunderclaps as God’s warriors would be. Castiel’s reveal to Bobby and Dean still ranks as a moment etched in my mind. 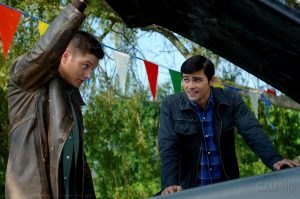 One of the finest episodes in the show, this gave us a brilliant backstory into the Winchesters’ parents. John and Mary were shown in their young age after Castiel transported the brothers back to the 70s. Mary who had appeared to be a damsel in distress like so many women on the show is actually shown to be a hunter just like the rest of the family, in fact, the first hunter in the family. She is a woman who sacrifices her own soul for the love of her life, John, after he is killed. Emotionally touching and nerve-wracking, the scene where Dean pleads with her to not leave her bed on that fateful night in 1983 remains one of the most tender moments of the show and a true display of familial affection. 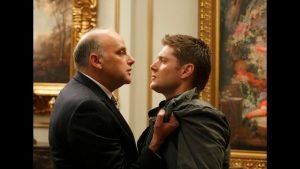 This marked the 100th episode of the show and it was a fantastic episode. The season had by then established that Sam and Dean were to be vessels for the angels Lucifer and Michael respectively and they would have a battle of their own. Dean, however, refused outright. The angel Zachariah however, brings back the Winchesters dead half-brother Adam to life, only to let the archangel Michael enter him and use him as a vessel. A pivotal moment in the season as it would set the stage for the final battle, the episode is also remarkably significant for the effect it had on Dean as he had to see his own half-brother take the fall for him and for someone who values family as much as Dean, he was shattered by the experience. 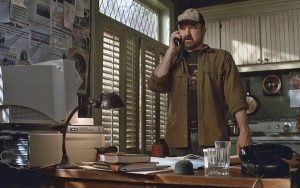 The first episode to be directed by Jensen Ackles, this episode sees the boys’ surrogate father Bobby grab the spotlight. Usually, a gruff man who helps the boys with information, this episode focuses on a few days in his life, as the man efficiently multitasks, providing cover stories to a network of hunters, and calmly torturing a demon for information on Crowley, while at the same trying to bargain for his soul. Beaver brings his full acting range to this episode and I love how we get to know another character as intimately as we know the brothers that too within the span of just one episode making this one of the best-rated episodes for me. 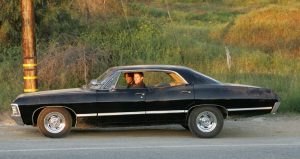 Highly praised by fans for finally giving us the perspective of a thing that we have come to consider as a part of the team – the Impala. The episode plays with some wonderful camera angles and shows the brothers share a heart to heart conversations – scenes which are usually left for the end of the show are peppered through the episode here making it extremely insightful and entertaining. The camera angle is only through the windshield and while normally this would be a directorial risk, it surprisingly works well here. An excellent episode, this deserves to rank highly on any list of this show’s best. 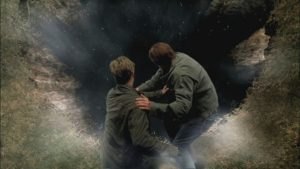 Initially envisioned as the end of the series, this episode is one of the finest. The battleground is set for the apocalyptic battle between the archangel Michael and Lucifer. Sam had already agreed to let Lucifer in, in an attempt to capture him using the four horsemen’s rings. The battle is interrupted when Dean enters with Def Leppard’s Rock of Ages playing in the background. Castiel and Bobby try to stop Lucifer, but Bobby dies and Castiel calls Lucifer an ass butt only to be beaten almost to a pulp. He then turns his attention to Dean and while thrashing the life out of him, his eyes rest on a toy soldier in the Impala. Sam’s childhood memories rush in and for a moment he is in control. The moment is enough. They manage to contain both Michael and Lucifer in the pit bringing this remarkable episode to an end. 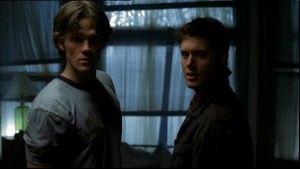 Some people are wont to rank Swan Song as the best episode but personally, the start of the show holds greater sentimental value to me. Dean entering Sam’s house, the brothers tussling and then Dean describing killing monsters, hunting things, the family business. We saw the boys for the first time here, got introduced to ‘baby’,  the Impala, and we never looked back once we got onto the back seat with the brothers.