Sports movies have been around for a long time. They offer us the tales of sportsmen/women who go through periods of struggle and setbacks, only to make them stronger and push them to their limits. The best sports stories are the ones of rise and fall, victory and defeat, a tale where personal and professional adversities are overcome to achieve success. Now each country makes sports movies on games that are popular among their populace. And there is no need to exaggerate how popular surfing is in the United States and Canada. And as the sport started catching the fancy of California natives, it started getting more representation in Ameican culture and movies.

This had begun with the publication of the Gidget novel series and subsequent movies made based on it, the first being ‘Gidget’ (1959). The beach, the sun, and surfing became one of the most sought-after experiences for the Americans. ‘Beach Party’ (1963), ‘Beach Blanket Bingo’ (1965) and other such movies became a huge sensation the 1960s. Surf culture also influenced music to such an extent that an entire sub-genre of rock music called ‘surf music’ came into being with the Beach Boys probably being the most iconic representation of it. With all that said now, here’s the list of really good surfing movies on Netflix that are available to stream right now. 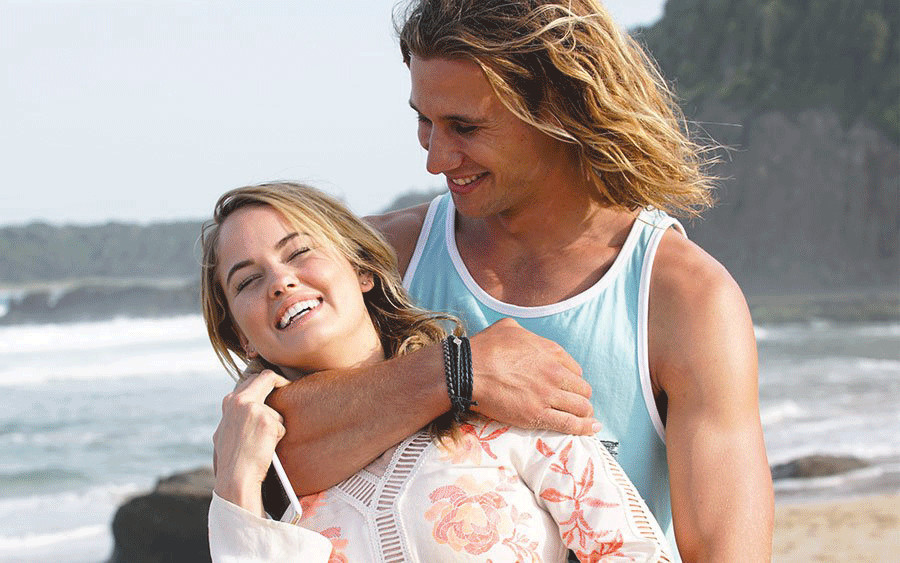 The industry of modeling is tough and the competition to survive in this world is really massive. Any small mistake can cause a career to tumble, and this is exactly what happens to the lead character in the movie, Cora Hamilton. The character of Cora is played by Debbie Ryan, whom we know from the show, ‘The Suite Life on Deck’ (2008-2011). Ryan also acted in the 2012 movie ‘Radio Rebel’. Coming back to the movie, Cora is a teenage model living in New York with her family. The competition there is really difficult, and Cora’s mother tries very hard to see her daughter succeed by trying to get her a deal with an influential agency in the business. While working a photoshoot, Cora has some disagreement with the director and while leaving the place, she tumbles down a staircase, a video of which becomes viral. To avoid the unwanted attention, Cora moves for a while to Australia, where she goes surfing her aunt Margot. They enjoy their time with each other while both aunt and niece come to terms with problems in their lives. 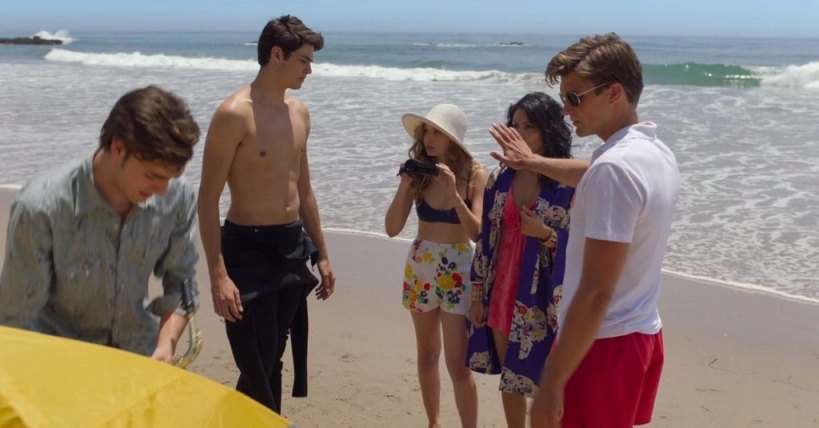 Life in Malibu is fun for Penny Cooper and her family. They enjoy the beach and the life surrounding it. Penny is also in love with a school heartthrob. Things are going well surfing on the ocean and attending surfing competitions when Johnny Sanders, Penny’s crush, loses his father. After his father passes away, Johnny confides in Penny, and the two slowly fall in love. However, tensions arise when a new guy arrives in the town. He is a country musician, and Penny starts having feelings for him as well. How this confusion is resolved becomes the central aspect of the film. The character of Penny is portrayed by Carson Meyer as Noah Centineoplays the part of Sanders. The movie is narrated by the legendary Academy Award winner Goldie Hawn. Keanu Reeves and Pamela Anderson have made guest appearances in this movie. 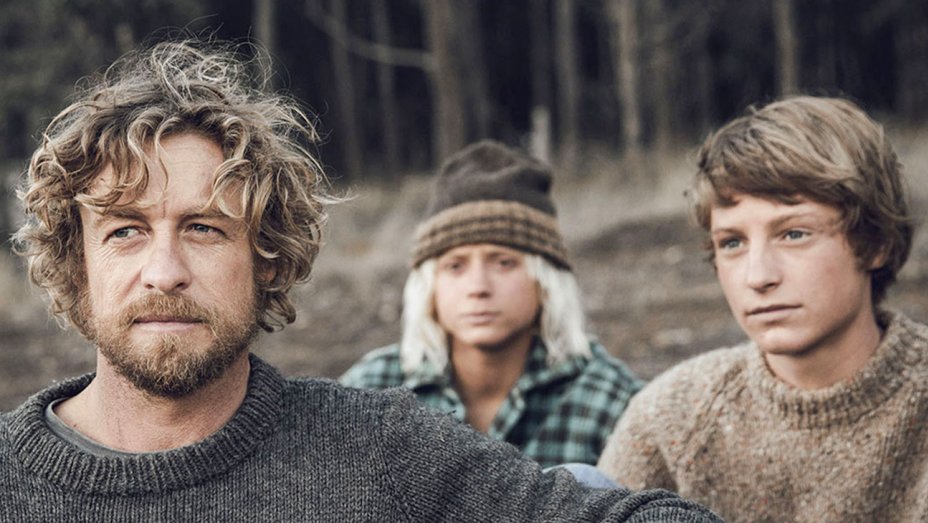 ‘Breath’ has been adapted from a novel by the Australian Tim Winton. Simon Baker has directed the movie along with playing the leading role. Baker’s character’s name is Sando. He is a man two teenaged boys meet as they are slowly stepping into adulthood. These two boys, Loonie and Pikelet, believe that they are not special enough and there is nothing unique about them. As they go through such trepidation and insecurity, Sando helps them in understanding themselves and gaining the confidence they need. Sando shows them the world as a challenge, and the only way to overcome the steep challenge is to take risks. Surfing becomes an important motif in the movie. The three bond over their love for surfing, and it becomes a connection for the boys for something greater than themselves. Sando teaches them a lot about the sport, and how they should expect waves to behave. They take on the waves just like they will have to take on their problems in life. 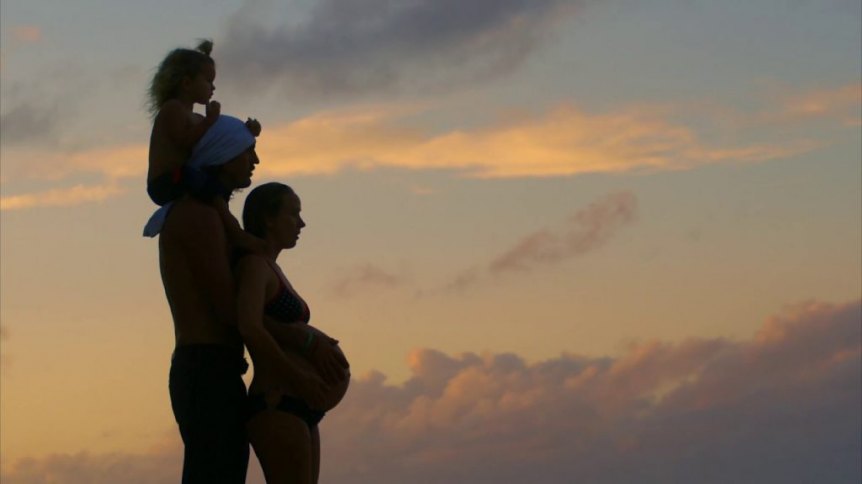 ‘Given’ is essentially a documentary, but it has to be included here as it is one of the most poignant tales ever told through the concept of surfing. The events in this film unfold from the perspective of a small boy, around six years old. He travels the world with her parents and learns about different places and the beauty nature has to offer. Aamion and Daize Goodwin are legendary surfers themselves and they have decided to take their daughter on a tour of 15 different countries as they explore surfing in all these places. As the little boy comes close to nature and travels across the world with his parents, their familial bonds strengthen. The film shows the world uniquely through the eyes of a six-year-old who is seeing new things all around him and in his eyes, we see reflections of the immense wonder the world possesses. Jess Bianchi, the director, has truly pulled off an impressive feat in his very first movie. 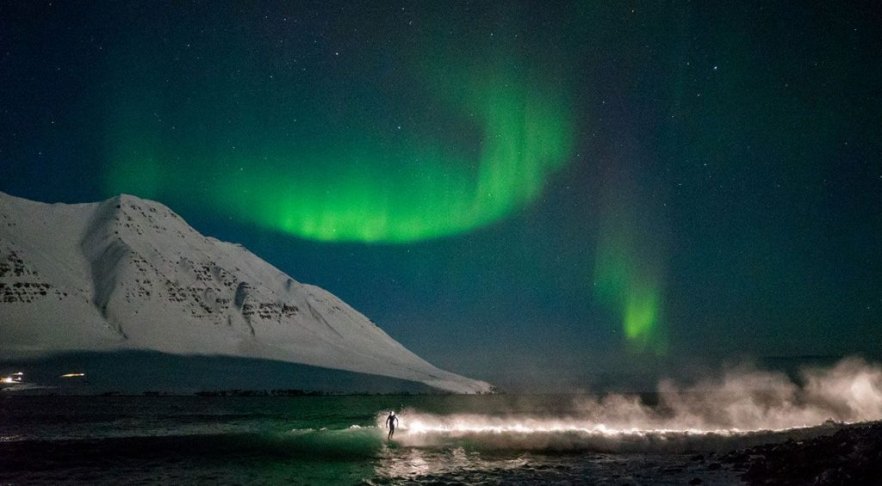 ‘Under An Arctic Sky‘ has also been selected for the same reason ‘Given’ has. Though it is meant to be a documentary, it also works perfectly as a feature film. It is the story of six surfers who want to surf along the shores of Iceland. Most people who enjoy surfing do it at the coastal areas. They do not travel to unconventional places to ply their trade. But this group sets out with the feeling that they might surely be missing out on something if they do not travel to an unconventional area where the waves are bound to be different. But when they reach Iceland, they brave the fiercest Icelandic shores; the worst storm in decades. However, the movie ends when they surf under the northern lights, and the amazing ethereal view makes it all worth the trouble.