7 Best Tornado Movies Ever Made

Most of us love the large-scale spectacle that movies have to offer, where they make us experience a number of such situations that we wouldn’t want to in real life. Through the power of cinema, we get a chance to explore such phenomena, albeit indirectly. Be it ghosts, aliens or disaster, films have the potential to offer experiences which any other form of art cannot. Having said that, it is important to acknowledge the fact that Hollywood is the master of producing such films and has always managed to enthrall us with disaster films of epic proportions, spending hundreds of millions on production budget at times. Disaster movies have become extremely popular over the years and they’re mostly big budget flicks.

Among all the varieties of disaster films to have released till date, movies based on tornadoes have managed to garner unparalleled popularity throughout the world. The first ever tornado film was made in 1943 by William A. Burke, and was quite a success among the audiences, thus making many Hollywood producers realize that here is a genre which can be quite profitable if the film is well made. Since then, there have been numerous tornado films made of varying merits, and while some have remained in public memory for a long time, others have faded into oblivion. Here we have put together a list of some of the best tornado movies of all time. If you want to sit comfortably in your home while a storm causes havoc on your TV screen, these are the movies you need to watch: 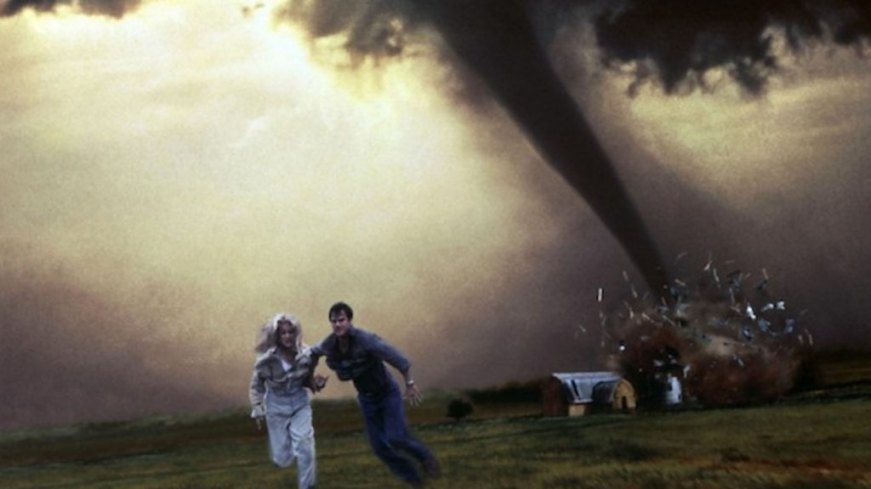 1996’s ‘Twister’ is one of the most popular and devastating tornado films in history. The movie begins with the story of a little girl called Jo Thornton whose life is severely affected one day when her father gets killed in a massive storm. After she has grown up to be a successful meteorologist, such a storm hits their town once again, and it disrupts the plans she has made for her life. Jo wants to get a divorce from her husband, but the new life-threatening problem is so unavoidable that they have to join forces to save their lives. What makes ‘Twister’ stand out from the rest of the movies belonging to the similar genre is its focus on portraying the story of people with real-life problems who have now suddenly found themselves in the middle of a disaster. These characters have a proper backstory of their own and are quite complex. They are not just props to drive the story forward in any way possible. 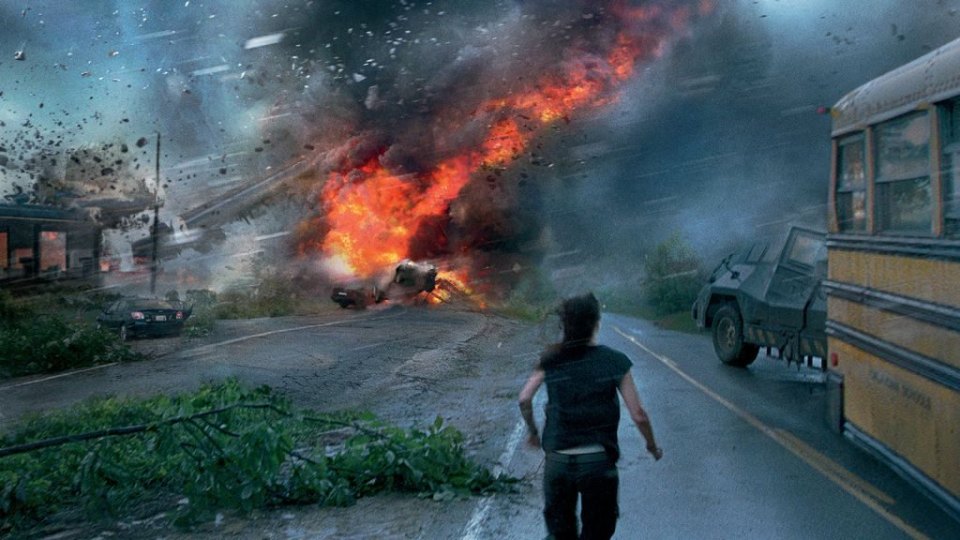 Found footage is a highly unique style of filmmaking. The cannibal horror film ‘Cannibal Holocaust‘ (1980) is the first to successfully make use of this type of filmmaking, and since then, the found-footage method has found abundant use mainly in the making of horror and disaster films. The 2014 Richard Armitage and Sarah Wayne Callies starrer ‘Into The Storm’ uses this method effectively in narrating the story of a town which has been ravaged by not one, but multiple tornadoes at the same time. It is through the video recorded by numerous people who face the tornadoes from very close quarters that we realize the massive intensity of the entire disaster. ‘Into The Storm’ goes a little overboard in depicting the tornadoes, but it has enough thrills to keep you hooked till the end. Watch the film for the visual marvel that it is and not for the characters or storyline. 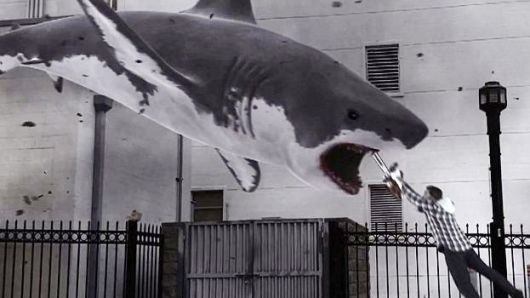 Well, ‘Sharknado‘ is here simply because this is one of the weirdest things ever to be put on film. This 2013 direct-to-TV film depicts tornadoes arising from the oceans that are so powerful that they carry with them a number of sharks, which on coming in contact with humans cause large-scale death and destruction. The central character of the film and of the five subsequent sequels which have released till date is Fin Shepard, a bar owner and former surfer whom we follow as he sets out to rescue his wife and daughter during the sharknado attacks. The ‘Sharknado’ series is indeed over-the-top and meant to be a spoof of disaster films. But it wasn’t until the second film that the makers decided to add a much more farcical tone than what was intended earlier. ‘Sharknado’ is what we can call a comedy disaster film. But we have to admit that the film‘s buffoonery is what has helped it gain a cult following. 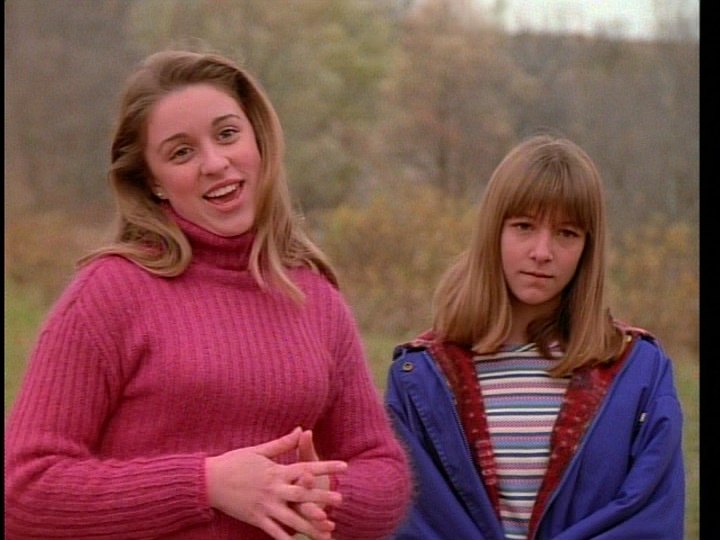 Ivy Ruckman’s novel of the same name is the inspiration behind this 1996 TV movie. The story of ‘Night Of The Twisters’ is set in a small rural town called Dannebrog in Nebraska. The central character of the film is a teenage art student named Dan Hatch who does not have a very good relationship with his stepfather. It so happens that Dan’s stepfather, Jack, loves sports and constantly pushes him to compete in sporting events despite Dan showing a very apparent lack of enthusiasm or expertise in the field. We are given a poignant look into Dan’s life which makes us empathize with his situation before the mega tornado finally unleashes itself on Dannebrog. Even after the storm strikes, the film focuses on Dan as he desperately tries to look for ways to save his mother, his stepbrother, and Jack from falling prey to this dangerous natural disaster.

What makes ‘Night Of The Twisters’ one of the best tornado movies is the fact that here we are presented with characters whom we can connect with. This story is not about the tornado, it is about how a tornado affects the lives of this family and in a way helps to bring them together. 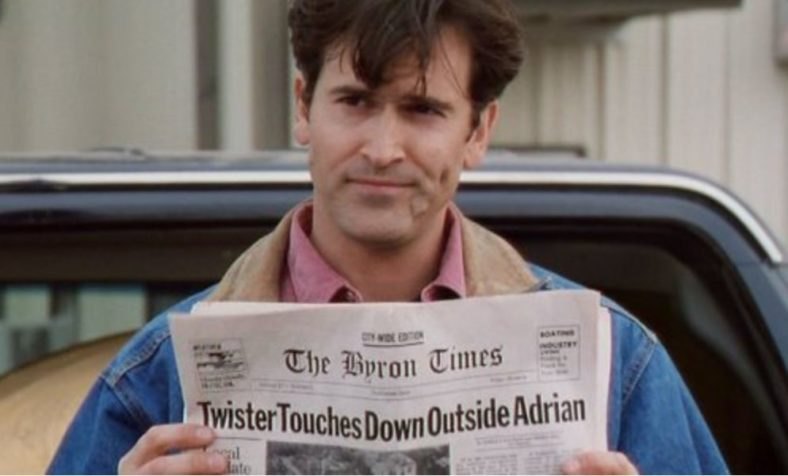 1996 seems to be the year of the tornadoes! ‘Tornado!’ is another film of the year dealing with the eponymous natural disaster. Bruce Campbell, whom we all know very well from the cult favorite ‘Evil Dead’ series, plays Jake Thorne the leading character in this 1996 movie. Thorne’s friend Dr. Joe Branson is an inventor who has managed to develop a machine which can predict tornadoes and thus prevent the loss of life in such cases to a great extent. As it always happens, government officials are not convinced that they should fund Dr. Brnason’s research further, and refuse to give in despite Thorne giving them reasons enough to go ahead with the allocation. However, by the time a conclusion is reached, all the major characters’ lives are severely altered by a tornado. As it is with ‘Night Of The Twisters’, this film too is a story about its characters more than it is about the storm. The tornado here acts as the dramatic device which is used to bring about changes in the characters’ perceptions of life and people around them. 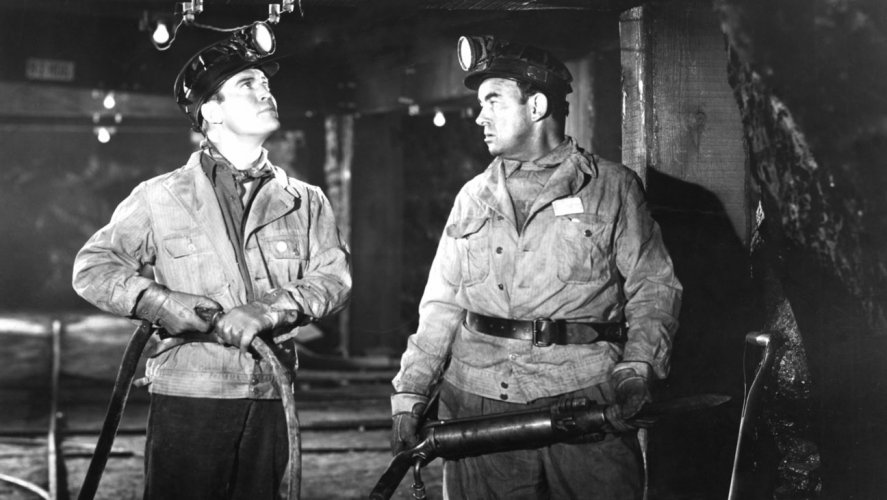 One of the earliest tornado movies of all time, this 1943 classic is a story of love, affection, and betrayal set in a mining town. The film follows the life of Pete Ramsey, a hard-working miner who marries a showgirl called Victory out of his immense love for her. But Victory, unfortunately, is a scheming woman who wants to climb up the social ladder in any way possible. She betrays her husband’s trust and ends up having an affair with the mine’s owner. But all her plans are marred when the small town is hit with a severe tornado and drives every character’s life into utter chaos. ‘Tornado’ is produced by Pine-Thomas Productions, Paramount Pictures’ B-movie unit. ‘Tornado’ is a film that must bee seen for its historical value. 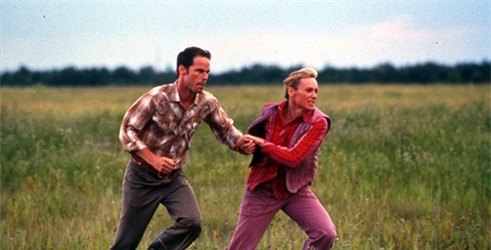 Sometimes authorities are more interested in reaping profits for themselves than they are in doing something worthwhile for society. Jake Arledge, the central character of the 2002 film ‘Tornado Warning’, has had experiences pretty similar to this. When he desperately tries to warn authorities that their town is under the threat of a tornado attack, they turn a deaf ear to him. The mayor himself is more interested in organizing a vote-raising party instead of caring for the common people or taking precautionary measures. Arledge then takes it upon himself to warn the townsfolk about the danger in any way possible. Besides being a really good tornado film, ‘Tornado Warning’ also offers us a scathing criticism of the slow-running mechanisms of bureaucracy and how it can affect human lives on a large scale. The depravity in humans, and not the tornado itself, is the highlight of the film.