6 Best Volleyball Anime of All Time

Sports anime have always been quite popular. They bring you the thrill of sports along with the entertainment value of anime. Today, we are going to focus on one particular sport – volleyball. You would be surprised to know that there are quite a few volleyball anime movies and shows that have been released over the years. Many of them failed to create a big impact, but some of them truly did. Today, we are going to list down anime that brought volleyball squarely into focus. So, here’s the list of top volleyball anime ever made. You can watch several of these best volleyball anime on Crunchyroll, Netflix or Hulu. 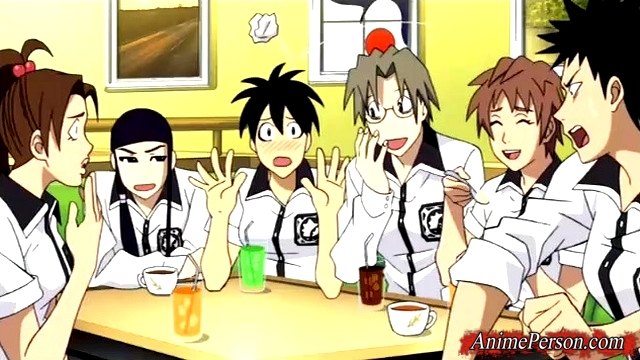 ‘Shoujo Fight: Norainu-tachi no Odekake’ is an original video animation about volleyball. It is just 30 minutes in length, so if you love volleyball and want to catch a quick anime revolving around it then you must check this one out. It is not a masterpiece and you won’t feel so connected to the characters but there’s some nice volleyball action which might entertain you. The protagonist of the anime is Neri Ooishi, who is a high school girl. She is quite talented when it comes to playing volleyball. She was the captain of a volleyball team in her elementary school. That team won the second place in the national tournament. But something is stopping her from playing the game she loves and she is trying to hide the fact that she is a good volleyball player. But what is making her stop herself? Despite her love for the game, why is she quitting? 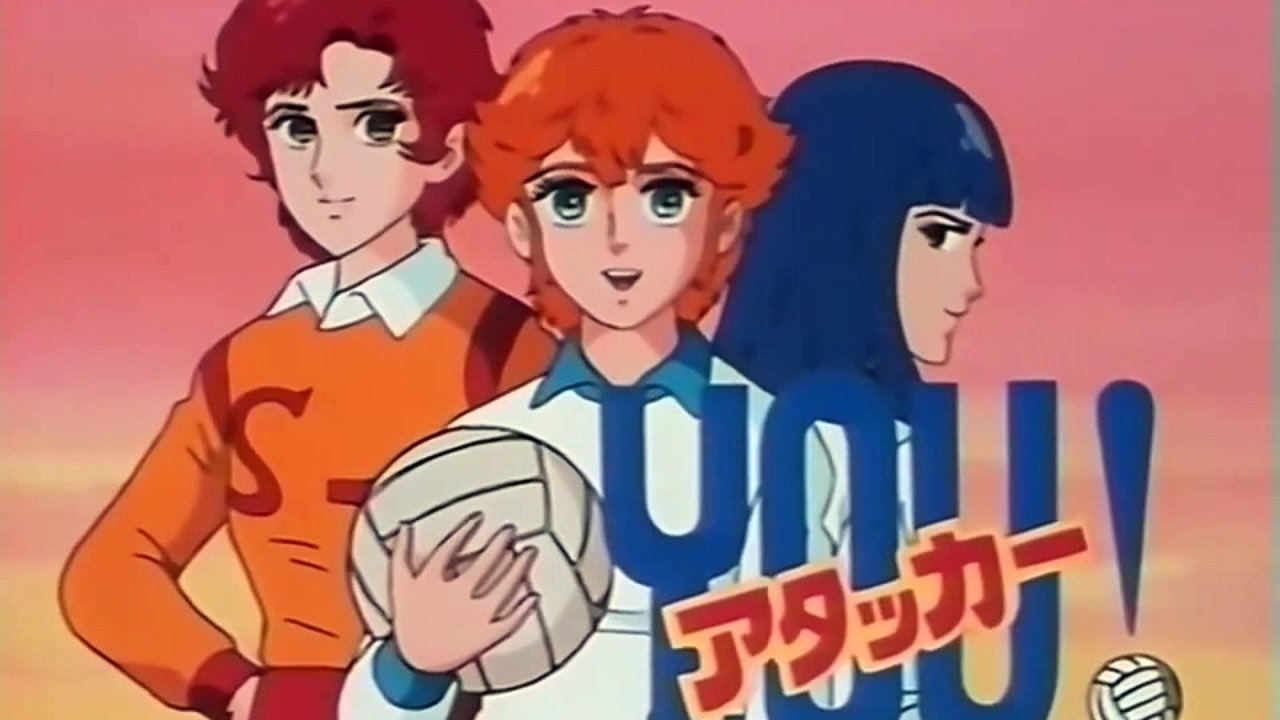 Look, ‘Attacker You!’ is not a recent one as you can see from its airing date. So, you might not get some good arts or animation. But still, if you are a fan of the sport, this can be entertaining for you. The anime also belongs to the shoujo genre, so you know it is going to have a good number of episodes. ‘Attacker You!’ has a total of 58 episodes with each episode being 23 minutes in length. In this anime, too, the protagonist is a girl who loves playing volleyball. Her name is You Hazuki. She is 13 years old. She lives with her father in Tokyo along with her younger brother Sunny. Her mom had left when she was quite young. You’s father is a cameraman who has recently returned from Peru. You wants to make it to the national women’s volleyball team and represent her country in the Olympics. The anime follows the life of You as she tries her best to become one of the best volleyball players, all the while trying to win over her crush as well as deal with her arch-rival who joins an opposing professional team. 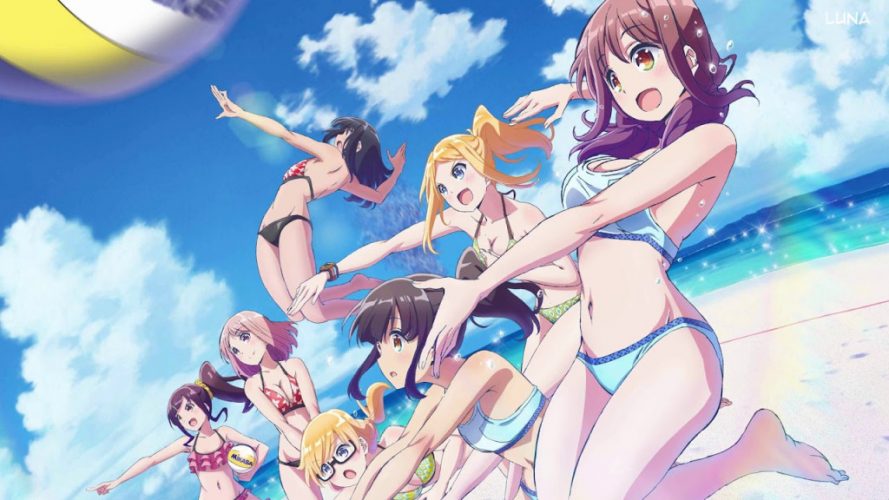 ‘Harukana Receive‘ is a recent sports anime which revolves around beach volleyball. The art and animation of this anime are pretty decent and so you don’t have to worry about the quality of the visuals. There are a total of 12 episodes in this anime, with each episode being 23 minutes in length. This is a really interesting anime. Haruka Oozora and Kanata Higa are the protagonists of this anime. Haruka does not have any idea about beach volleyball and wasn’t really interested in it. One day, while walking on the beach, she sees a few girls playing the sport. She joins them and starts having fun. But as soon as a girl by the name of Narumi notices Kanata approaching the court, she quickly turns the game into a match. Our protagonists are defeated badly.

Later, Haruka learns that Narumi and Kanta used to be a beach volleyball duo but Kanata’s short height caused Narumi problems, which is why the former quit. The good thing is that the Junior Tournament is going to happen soon. But this means that Haruka has just a few weeks to master the game so that she can play with Kanata and help her overcome her anxiety due to her short height. 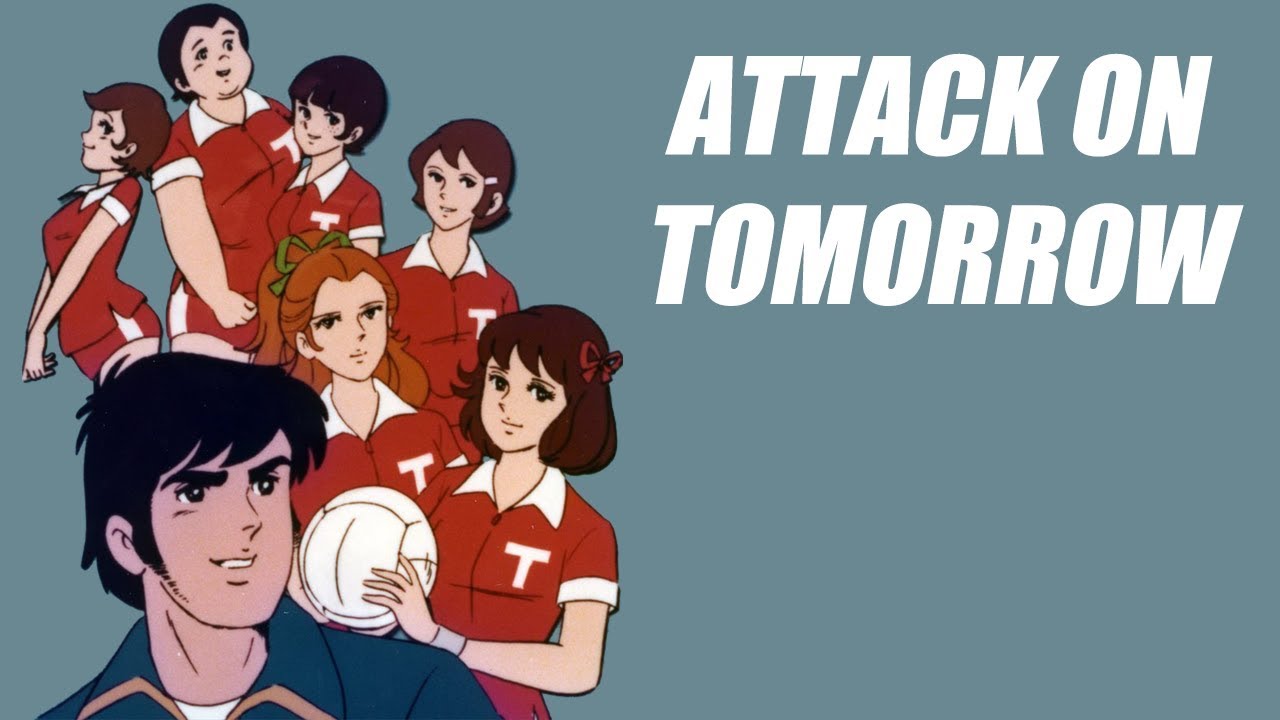 ‘Ashita e Attack’ is more than four decades old. So, don’t expect something very visually appealing. This anime is not so popular mainly because it is so old. But I think that the anime has a good premise and if someone really wants to watch an anime revolving around volleyball, then they can give it a try. There are a total of 23 episodes in this anime with each episode being 24 minutes in length. For some reason, all these volleyball anime have female protagonists. Here, too, it is kind of similar. This anime revolves around high school girls who love playing volleyball. They form a team and keep practicing until they become one of the best teams in their school. Now their goal is to win the National High School Volleyball League but this is not going to be easy. It’s gonna require a lot of pain and hardship but it is good to share the stress with your friends. Through the game of volleyball, the girls learn some valuable life lessons. 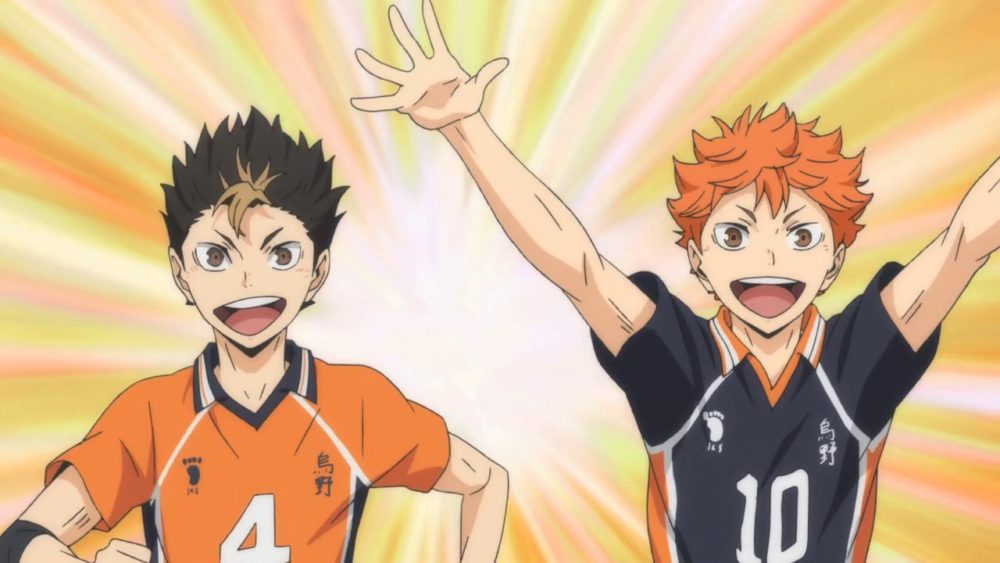 ‘Haikyuu!!’ is one of the most famous sports anime ever and probably the best volleyball anime ever made. So, if you have not seen it, then what are you waiting for? Just jump right into it! The protagonist of the anime is Shouyou Hinata. He revives the volleyball team in his middle school after watching a famous volleyball player ‘Little Giant’in action. His team is able to work hard and manages to enter into a tournament. But it all goes downhill since they are badly defeated by a team whose strongest player is Tobiyo Kageyama, ‘King of the court’. This inspires Hinata to work harder in order to surpass Tobiyo.

After graduating from middle school, he joins Karasuno High School’s volleyball team. But there, he finds out that his rival Tobiyo is present too. Though Hinata has a good jumping power, his short height makes it harder for him to find his role in the team. Also, it turns out that Kageyama has problems of his own. There is one solution to both of their problems though. They need to work together to supplement each other so that they can provide some advantage for their team. Yup, the premise sounds really good, right? Wait till you watch the anime!