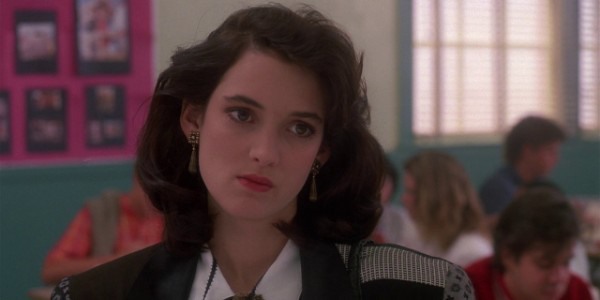 There are few artists who can tear through the blurred eyes of viewers, while sharing the stage with veterans such as Daniel Day-Lewis, Johnny Depp, Gary Oldman and Michelle Pfieffer; and Winona Ryder is one of a kind.

Gaining some experiences in front the camera, the actress got her first job as Lucas’ (Corey Haim) friend in David Seltzer’s ‘Lucas’ (1986). Following several appearances in other films, the actress saw her first critical recognition in ‘Square Dance’ (1987). Catching the attention of director Tim Burton, the actress came into the world of commercial mainstream cinema, and there was no turning back.

For this, I have taken in account films by focussing on her performance. Some are critically success, some are commercially endeared – these movies make her the icon she is. So, here’s the list of top 12 Winona Ryder movies. 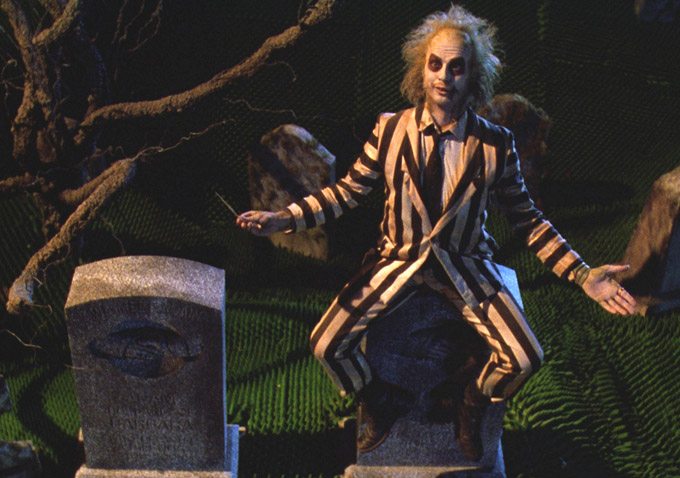 An early venture for the young Ryder, ‘Beetlejuice’ tells the tale of deceased couple ghosts’ and a devious ghost’s endeavours to drive out drive out the inhabitants who recently move into the house.

A retelling of Oscar Wilde’s ‘The Canterville Ghost’ (1887), Winona Ryder stars as the mischievous Lydia Deetz, who along with her siblings, who turn the ghosts’ minds. A “comedy classic” as referred to by American film critic Pauline Kael; director Tim Burton gave the actress a glimpse of Hollywood and filmmaking, which she quite adroitly developed into. 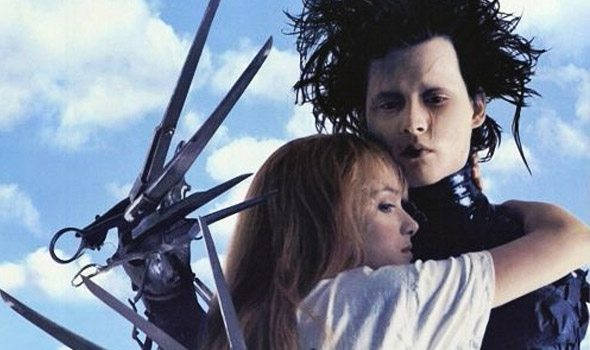 Reuniting with Tim Burton, Ryder glacially achieved critical stardom with Kim Boggs, a girl who sees a certain beauty in Johnny Depp’s atrociously terrifying Edward. With the film providing her the chance to be a leading woman, the actress held a strong foundation with nineties sensation Johnny Depp.

The actress needed to pull out a convincing performance as a mild nature woman with a golden heart, and she pulled out all the stops. An instant preference of Tim Burton, with ‘Edward Scissorhands’ being their second collaboration, Ryder lived up to his faith and gave a performance which established the foundation for her talents and acting prowess. 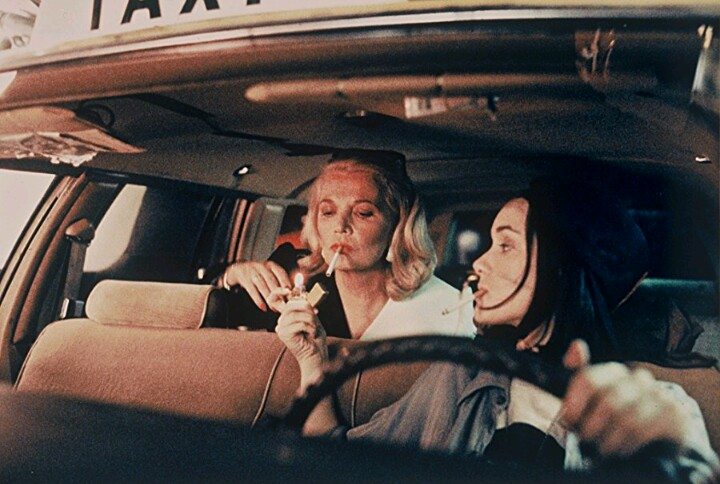 Transitioning from teen flicks to adult roles, Ryder got the chance to venture into character driven roles. Essaying the tomboy cabby Corky, she forms a social connect with the film’s viewers. Divided into five vignettes, Ryder and Rowlands star in the segment “Los Angeles”. A segment intended to social desires which are sometimes not understood by people, Ryder’s Corky longs to be a mechanic and pursues it to her best potentials. 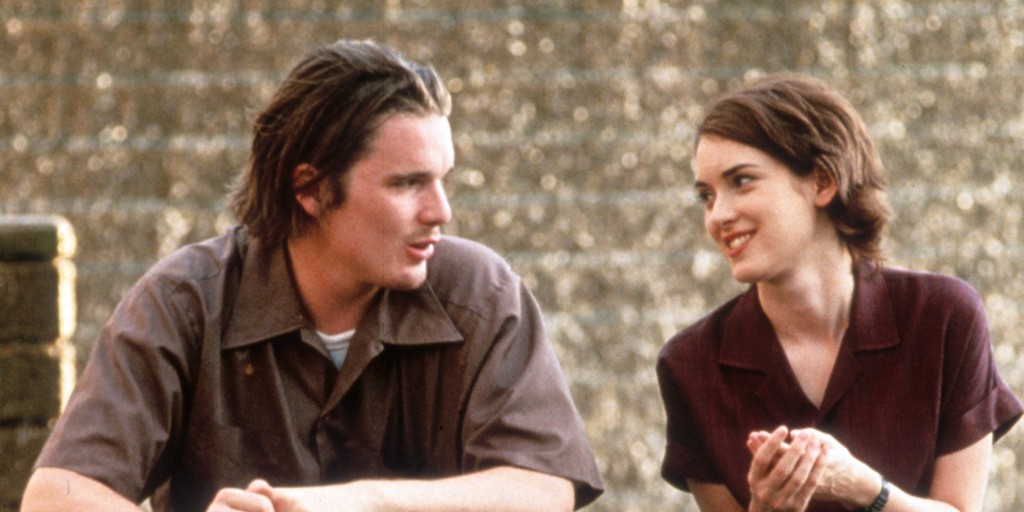 Leading fellow actors Ethan Hawke and Ben Stiller, Winona Ryder starred as ambitious documentary videographer Lelaina, who is working on her new project “Reality Bites”, which deals with the alienated lives of her friends and roommates.

Ryder’s cool demeanour and laid back persona set her perfectly for the witty Lelaina. Acting both as the lead and the emotional blanket for Stiller’s Michael Grates and Hawke’s Troy Dyer, the actress prove the reason as to why she was the top stars of her time. 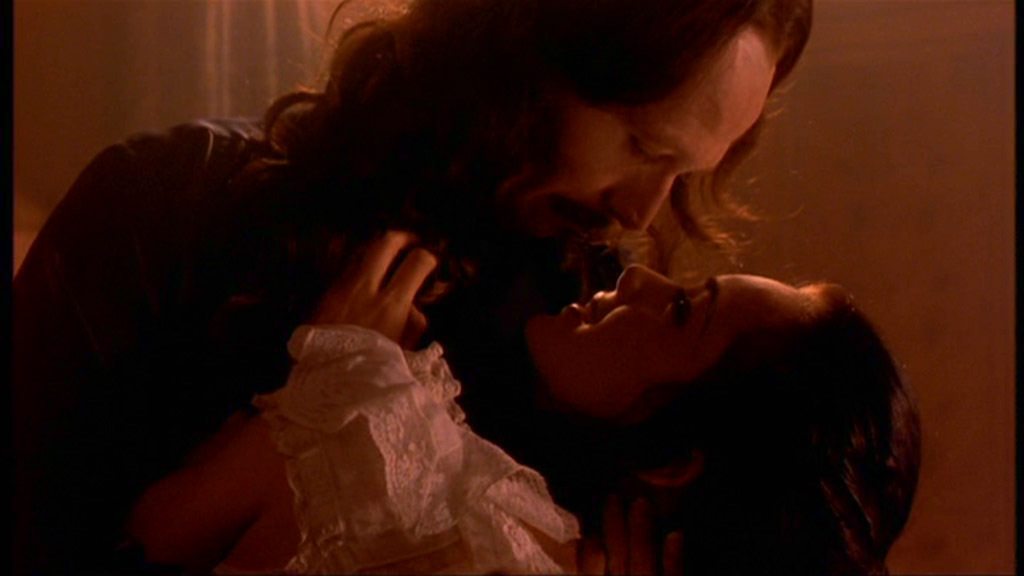 ‘Bram Stroker’s Dracula’ boasts great performances by Gary Oldman and Winona Ryder. Directed by Francis Ford Coppola, the film is a retelling of Bram Stroker’s 1897 Gothic novel Dracula. Taking a detour from the classic annoying campy depiction of the character, Winona Ryder brought her character of Mina Harker to a humane level, portraying her tumultuous path with excellence. 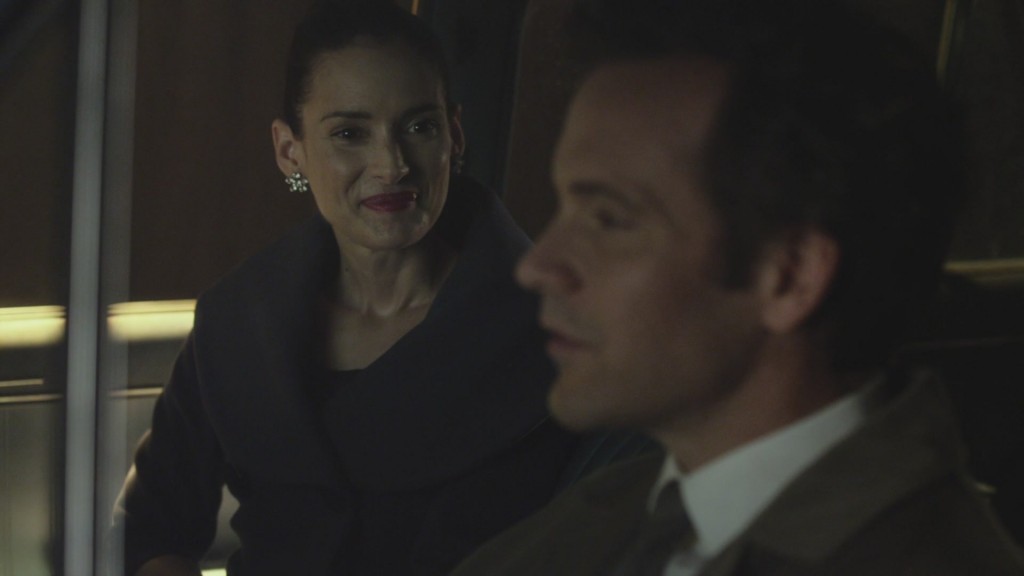 With the light being lit over Peter Sarsgaard’s performance as the controversial 1960s social psychologist Stanley Milgram, Ryder could have easily gone unnoticed. However with a ripe sense of judgment, the actress completely held her own as the   obdurate and unsentimental wife.

Exploring Milgram’s controversial human experimentations, Ryder acted as a podium which helped viewers venture deep into the psychologist’s mind. Without a strong support as the stiff-necked wife, the film would have been merely a biographical drama, incapacitated to encourage the audience to understand and interpret the divisive subject matter. 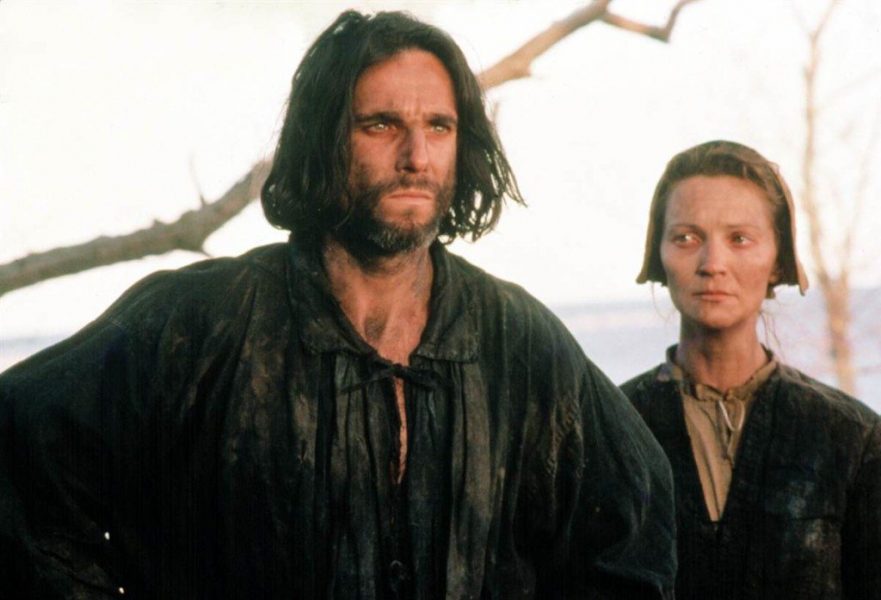 Directed by Nicholas Hytner, this 1996 flick is the story of Salem resident, essyed by Winona Ryder, who endeavours to frame her ex-lover’s wife for being a witch.  Set during the “1692 witchcraft trials”, Ryder perfectly understands her vengeful and peevish Abigail Williams, and blurts out a chilling performance. Adapted from Arther Millers’ play of the same name, the performers of lead was praised for their intense take on their respective roles.

While the performances of Daniel Day-Lewis as John Proctor and Joan Allen as Elizabeth Proctor were paid more attention to, with the latter receiving a nomination for “Best Supporting Actress” at the Academy Awards, Ryder’s chilling antagonism is often overlooked. 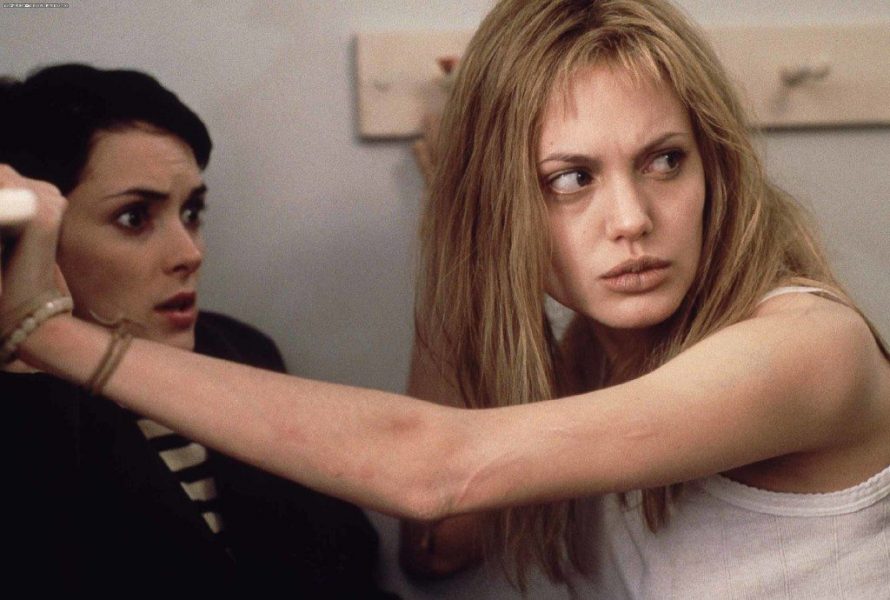 While Angelina Jolie’s performance was deservedly praised, with her winning the “Best Supporting Actress” Awards at the Academy Awards, Golden Globes and Screen Actors Guild; it would be a disgrace not to mention the film’s primary lead, Winona Ryder. Chronicling the life of 18 year old Susanna Kaysen, a girl diagnosed with borderline personality disorder; ‘Girl, Interrupted’ explores the character’s 18 -month stay at a mental hospital.

Based on the titular character’s book of the same name, Ryder is masterful in exploring and revealing her inner vulnerability. Representing patients diagnosed with the disorder, Ryder understands her character and dexterously forms and on-screen partnership with her fellow patients. The James Mangold directed flick was the passion project of Ryder. A film which explored the themes of mind, rape, trauma and psychological pain, it certainly showed Ryder’s willingness to bring the book on the big screen. 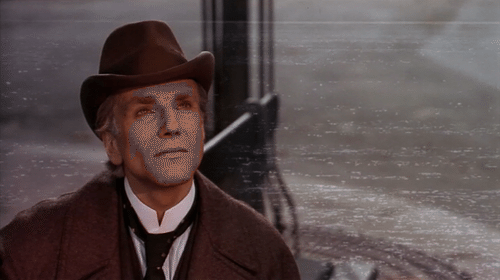 Nominated for the Academy Award for “Best Actress in a Supporting Role”, Winona Ryder stars as May Welland in Martin Scorsese’s romantic period piece, ‘Age of Innocence’. Set during the nineteenth-century New York high society era, the story is about a lawyer, Newland Archer (Daniel Day-Lewis), who falls in love with an unconventional woman, Ellen Olenska (Michelle Pfeiffer), while he is engaged to the woman’s cousin, May Welland (Winona Ryder).

Ryder in this particular flick is stuck between the romantic perception of Lewis and Pfeiffer, and she acts as an emotional foil with maturity. Essaying the ill-fated May Welland, the actress brought out a vulnerability of an unloved woman. Charging her inner beauty, the actress with screenwriters Jay Cocks and Scorsese seamlessly ventured into the character, for which she earned a nomination at the Academy Awards. 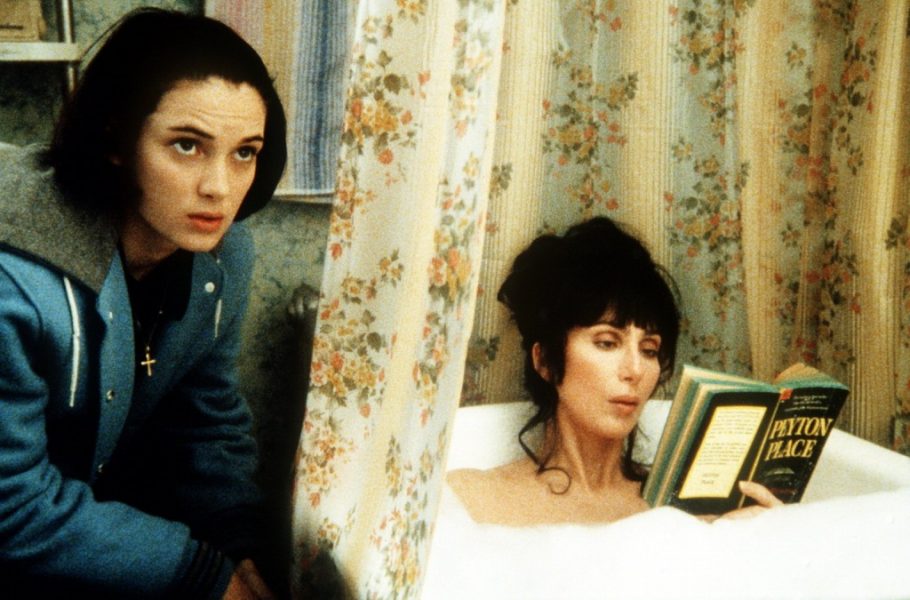 A part of the films which earned her critical recognition for being a “future star”, ‘Mermaids’ is the story of unconventional single mother, Rachel Flax (Cher), who relocates with her two daughters to a small Massachusetts town. Things seem merry until the Fax’s aggressiveness cause a number of challenges which sore and then strengthen the familial roots.

Essaying the role of the elder sister Charlotte Flax, Winona Ryder surprisingly showcased a restrain and agony in her performance, given her tender age. While the character’s traits are written by June Roberts (screenplay), Ryder provided an unusual complexity to her character. With a strange obsession with religion, amidst her crumbling family, stars a relationship with the 26 year old as Joseph “Joe” Poretti (Michael Schoeffling).  What makes this such a powerful performance is the unassuming pretty face of Ryder, which suddenly bursts with a charming maturity. Winona Ryder’s deft portrayal earned her a nomination of the Golden Globe Award for “Best supporting actress” and elevated her as one of the most popular child stars. 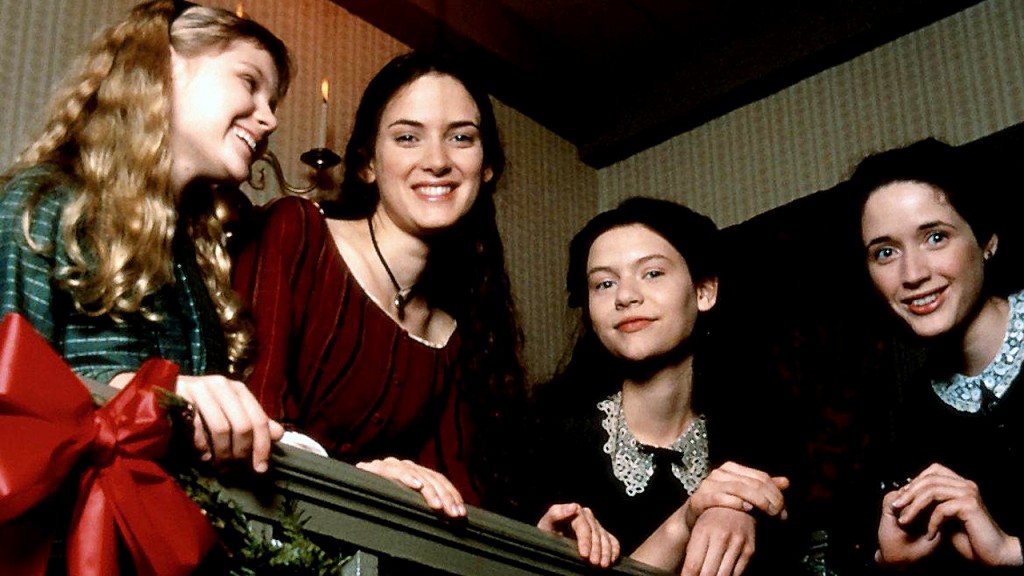 The fifth film adaptation of Louisa May Alcott’s ‘Little Women’, the film explores the lives of the March sisters, Meg (Trini Alvarado), Jo (Winona Ryder), tender Beth (Claire Danes), Amy (Kirsten Dunst) and their during the era of post-Civil War America. A known and respected face in the nineties, Ryder spearheaded the film with maturity and acting as a knitting string for fellow actors. With a meticulously crafted screenplay by Robin Swicord, the actress interwove the entire plot, portraying an aspiring writer. Generating her inner emotionality and desires, Winona Ryder helped the film become one of the best works of 1994. The actress’ efforts earned her quite the critical praise, and nominations such as the “Best Actress” at the Academy Awards and a win at the Kansas City Film Critics Circle Awards.

While 1980s saw a rise in teen films where the characters would suddenly break into dances and indulge into engaging love stories; ‘Heathers’ broke stereotype and presented a distorted vision of a quintessential teen flick. Directed by Michael Lehmann, this 1988 film is about Veronica Sawyer, played by Winona Ryder, who in order to get out of the snooty clique that is destroying her good-girl reputation, teams up with a sociopath essayed by Christian Slater to murder her friends under the façade of a suicide. Establishing a strong foundation on Daniel Waters’ articulate screenplay, the film comments upon the over-the-top dreamy sequences presented in teen flicks.

While the director and the screenplay are often cited as to being the factor to the film’s success, the duo of Winona Ryder and Christian Slater as the notorious criminals elevated the conceptual ideology of the flick.

The film bases itself on the witty contextual references and artistically designed suicide notes. The dark and cynical matter attached to the teen culture was quite off-putting, with actors either unwilling to play the parts or unable to don the characters. With the actress’ naïve and gullible look and appearance, Veronica Sawyer’s inner demonic tendencies, was stuff of nightmares.  Receiving high critical praise, the film started out as a commercial flop but glacially gained a cult following over the years. Daniel Waters’ writing was immensely appreciated and has since credit to be the strongest weapon of Lehmann’s directorial venture. The film has been mentioned as one of the best high school movies and also earned the 412th spot on Empire’s list of “The 500 Greatest Movies of All Time”.