12 Best WWII Games of All Time

World War II. What it stands for and means to countless people from all over the world would defy any expectation of moral, social, and emotional understanding. It is one of the few things that means something profound even to people who have been outside its long shadow.

Video games have long been associated with influencing children towards violence. This is hardly surprising, given how quickly our collective mindset is prone to dismissing anything not in sync with our worldview or anything that ushers in a new perspective. Contrary to general expectation, video games, even mainstream ones such as the recent ‘Call of Duty’ ones or the ‘Battlefield’ games from a few years ago, have tried to portray war and violence in a sensible and honest light. Stellar examples also include ‘Call of Duty: Modern Warfare’ and the inimitable ‘Spec Ops: The Line.’ WWII has been no different, with certain games going the extra mile to present its barbarity and how it changed the world forever. Here is the list of top WWII games ever. You can play these best WW II games on PS2, Xbox One, Online, iPhone or PC. 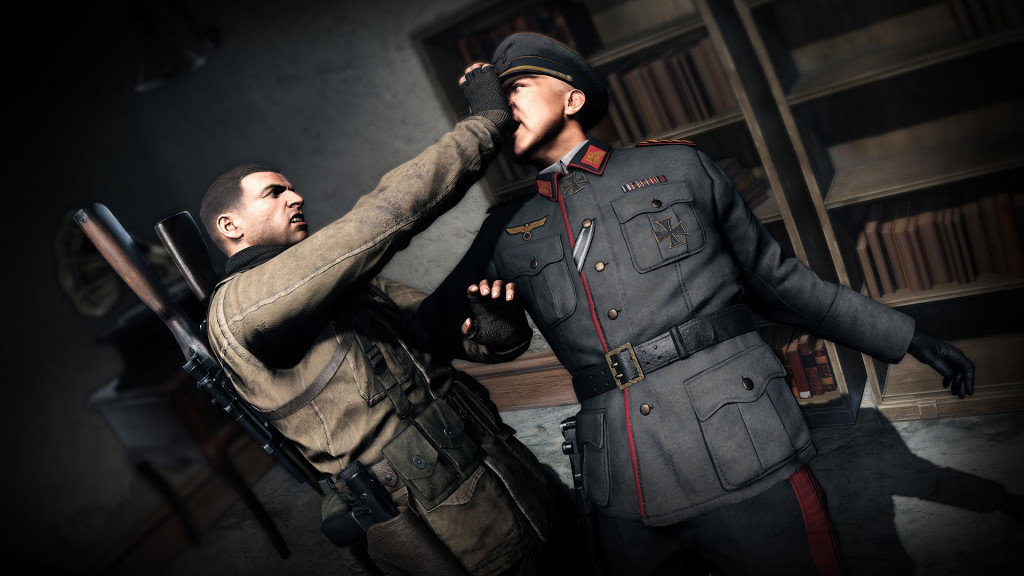 ‘Sniper Elite 4’ was a pleasant success, considering how its immediate predecessor faltered a little bit in quality. The game lived up to the franchise, giving players large maps to polish off their targets however they wanted. It balanced seamless moves with a sound mechanical base, and retained its slo-mo gory kills in all their glory. 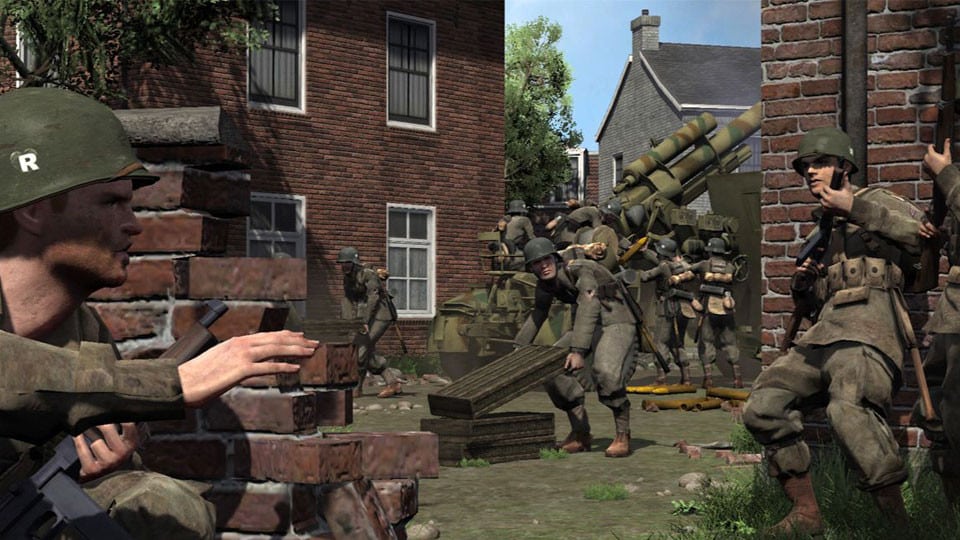 The ‘Brothers in Arms’ series has always been known for presenting heartfelt stories of friendship and brotherhood in times of intense strife. ‘Hell’s Highway’ was particularly effective in conveying the ruthlessness of war through bringing the story of protagonist Matt Baker to a horrifying close. The narrative is masterful and makes the characters matter, while the third-person cover system makes the battles even more realistic. 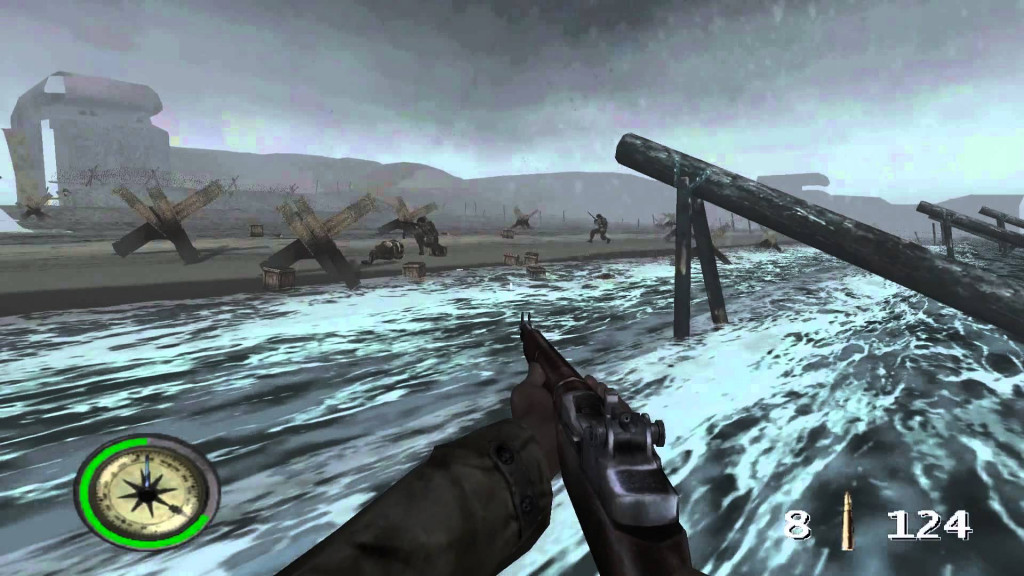 Video games have often been accused of running away with war and divorcing itself from all the grit and pain. ‘Medal of Honor: Frontline’ is probably the one game that shows the war in all its monstrosity than any other game on this list. The opening mission of storming Omaha beach still gives chills, and while the shooting hasn’t aged that well, its story and well-balanced narrative ensures this is a terrific WWII experience. 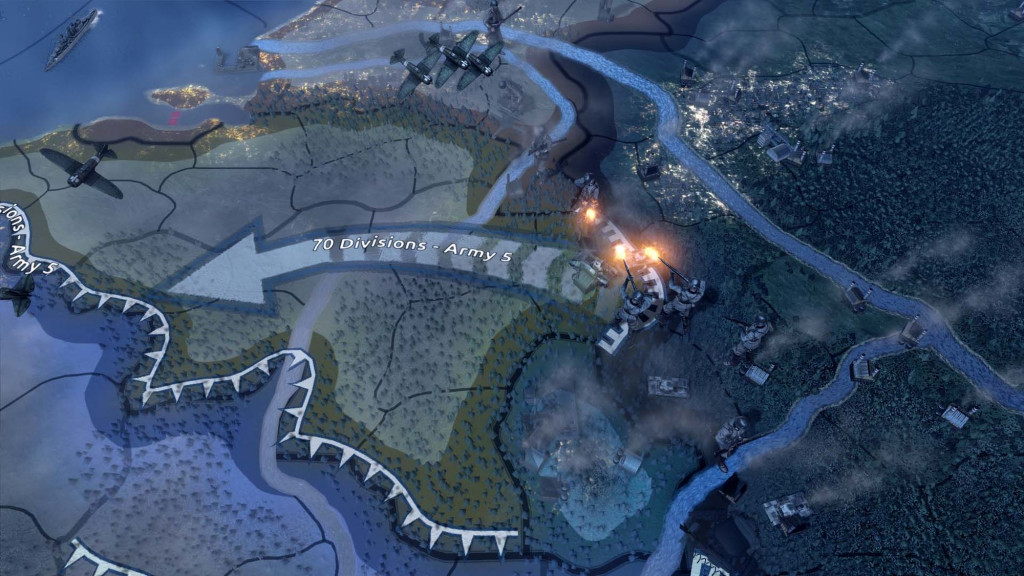 While the fantastic visuals of video games have led many to believe that young audiences will get caught up in the crass violence of it instead of delving deeper into the conflicts, ‘Hearts of Iron IV’ offers that authentic  experience of what it feels like to direct armed forces towards destruction and battle. The game demands a strong and sound tactical nous from players, who can control any nation in 1936 or 1939 and lead them to victory against their respective allies in WWII. 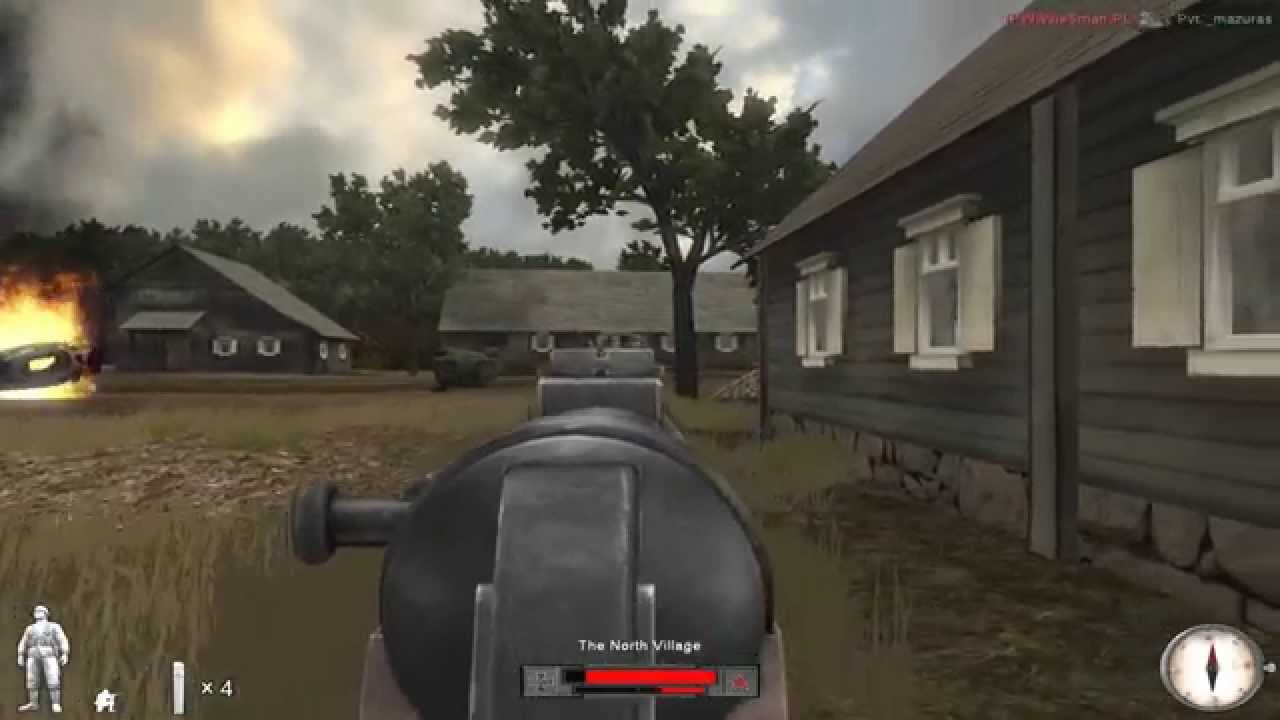 After the unexpected success of ‘Red Orchestra: Combined Arms’, the development team created the company Tripwire Interactive and made ‘Ostfront 41-45.’ The game was rightly praised for its realism– there is no reticle for helping the players aim, tanks had more realistic armour, and bullet mechanics were astonishingly accurate. Coupled with the brilliant multiplayer gameplay, and there’s no doubts why the ‘Red Orchestra’ series has gone to receive great acclaim. 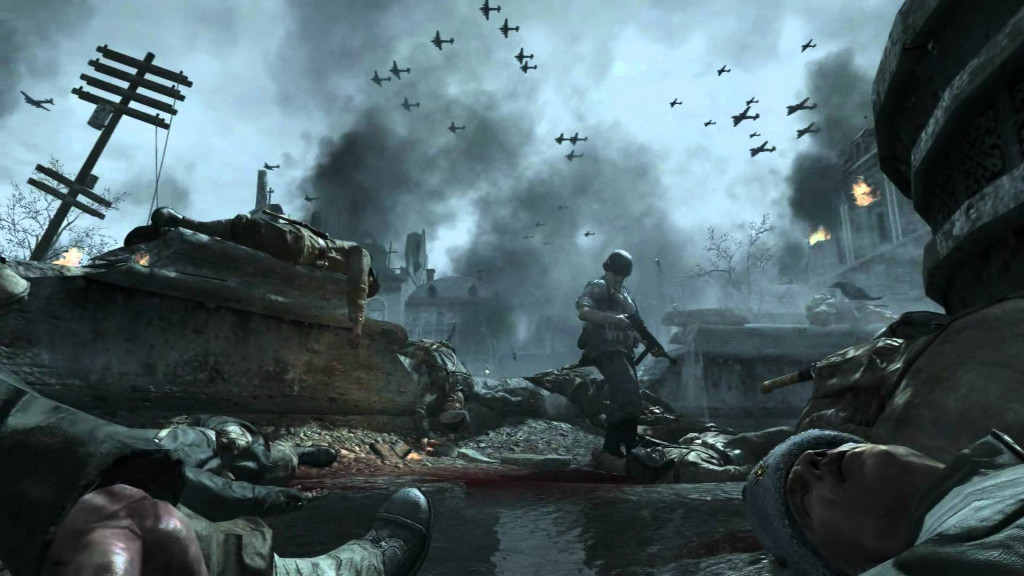 The ‘Call of Duty’ franchise actually came into being with WWII, although the direction it has taken over the last few years belies those foundations. With ‘World At War’, the series went back to its roots, and delivered an edgy, exciting, soul-shattering experience. The shooting mechanics were bloody to their core, and the story horrifically beautiful, along with a severely underrated multiplayer component. 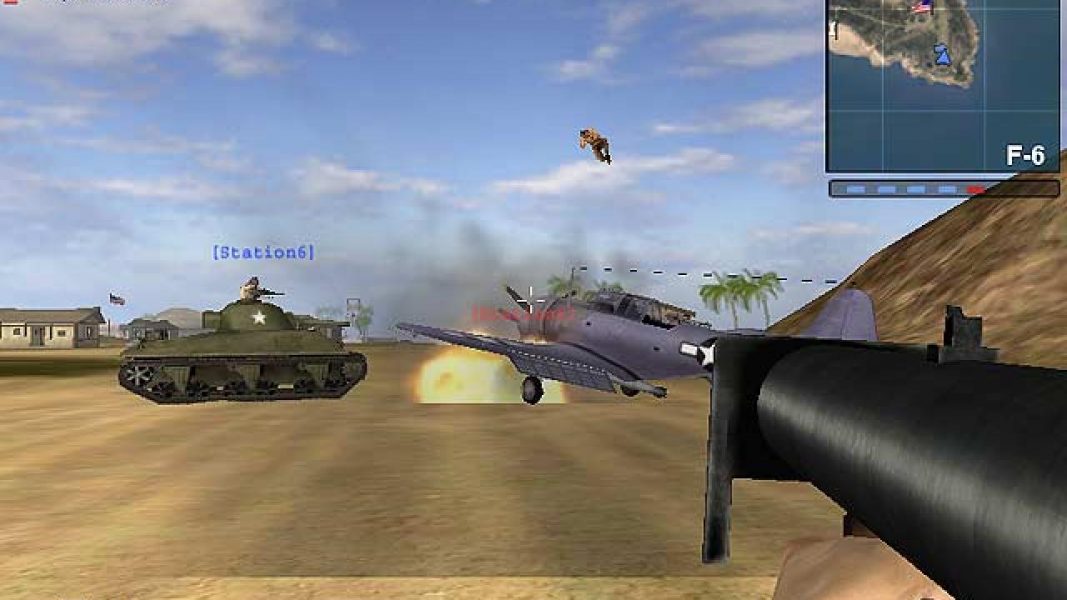 2016’s ‘Battlefield 1’ might have been a return to form for DICE and EA, but it was the WWII-centred ‘Battlefield 1942’ that brought the series into prominence. It was primarily a multiplayer game and yet its mechanics were so authentic that it didn’t require a narrative to make us believe that we were smack in the middle of the Great War. The game boasted of weapon-based as well as vehicular combat, and enabled several approaches to complete levels. 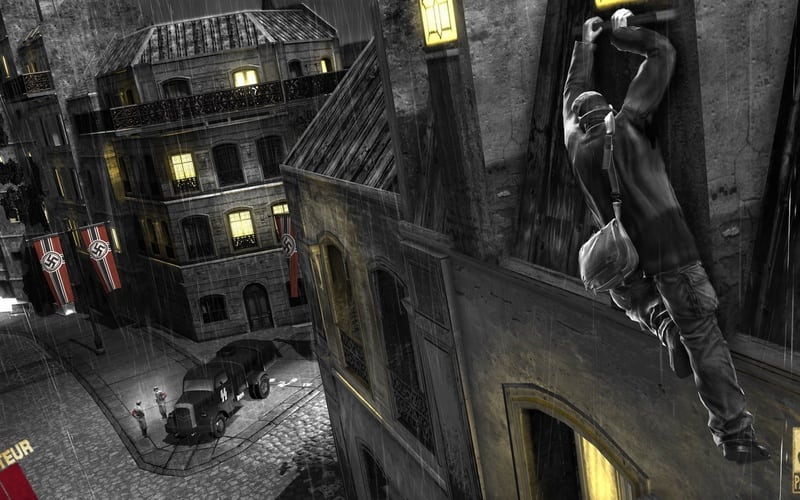 ‘The Saboteur’ was an action-adventure game set mainly in the open world of World War II German-occupied France released by Electronic Arts (EA). The game superbly employs a neo-noir aesthetic to potray regions that are free from, and places that are still occupied by, Nazis. From the team that made ‘Mercenaries: Playground of Destruction’, The Saboteur’ possesses capable stealth mechanics and a robust customisation system. It is an underrated gem, and one all history buffs should experience, if only for a really novel and less explored perspective of WWII. 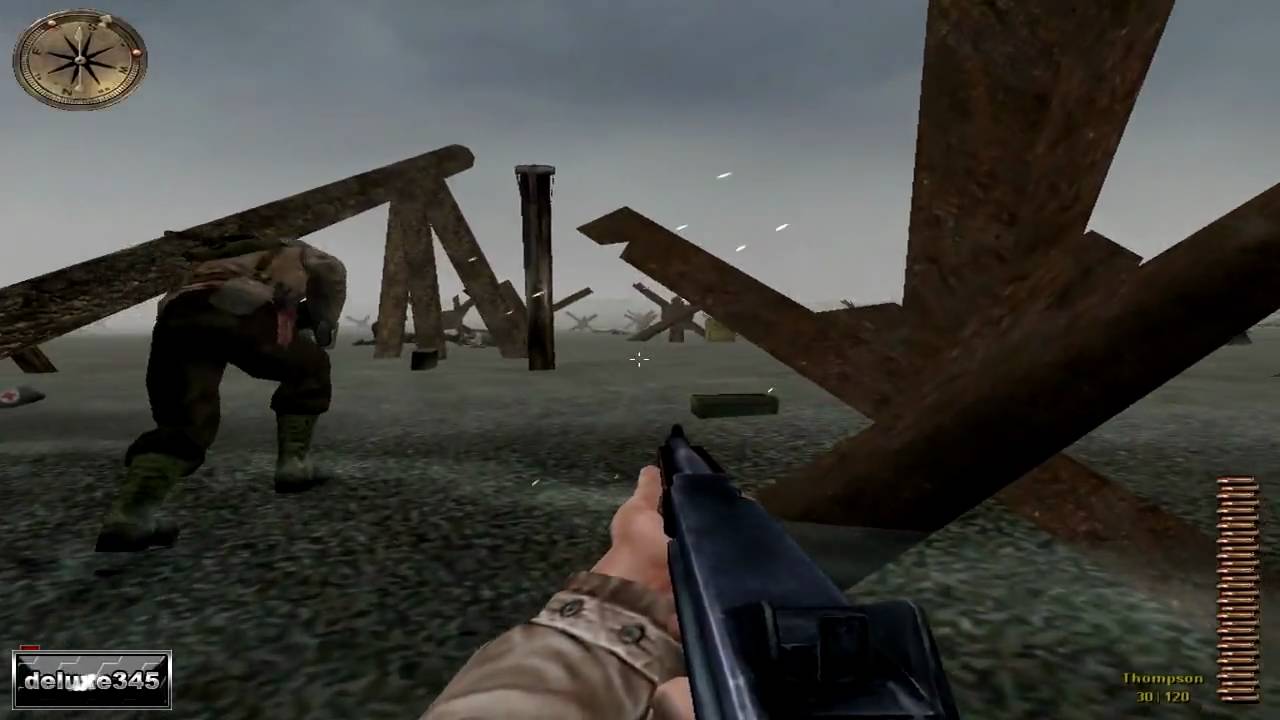 Little known studio 2015, Inc. found its first major success in ‘Medal of Honor: Allied Assault’ and right at first glance, the reasons were quite evident. Its depictions of several key points of WWII resonated strongly with gamers and historians alike, especially the D-Day mission. The multiplayer is pretty strong too, with four original modes such as ‘Deathmatch’ and ‘Round Based’, and even fan-made ones such as ‘Freeze Tag’ and ‘Basebuilder,’ giving refereshing twists on the quasi-Spielberg WWII setting. 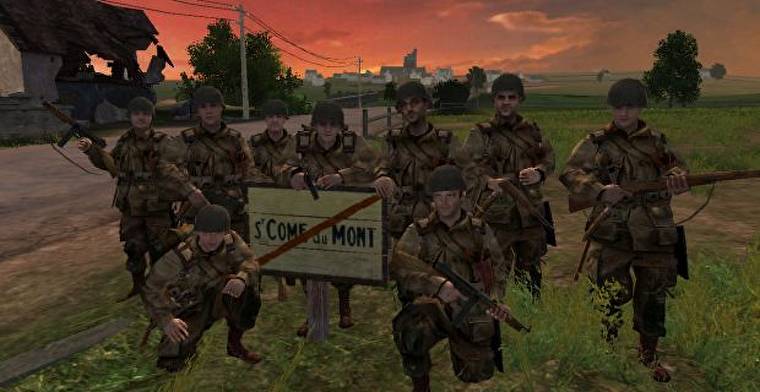 The name has perhaps been its most obvious giveaway. All the games in the ‘Brothers in Arms’ series has been about just that– brothers fighting for what they believe in, and looking out for each other in the toughest of times. With the first game of the series, the developers helped Sgt. Matt Baker and his comrades make an indelible impression on our minds and hearts as they undertook the eponymous journey to heartfelt effect. The multiplayer was strong too; it underscored the game’s realistic weapon mechanics, and from a 2018 point of view when everything feels too smooth when it isn’t like that in real life, this feels particularly refreshing. 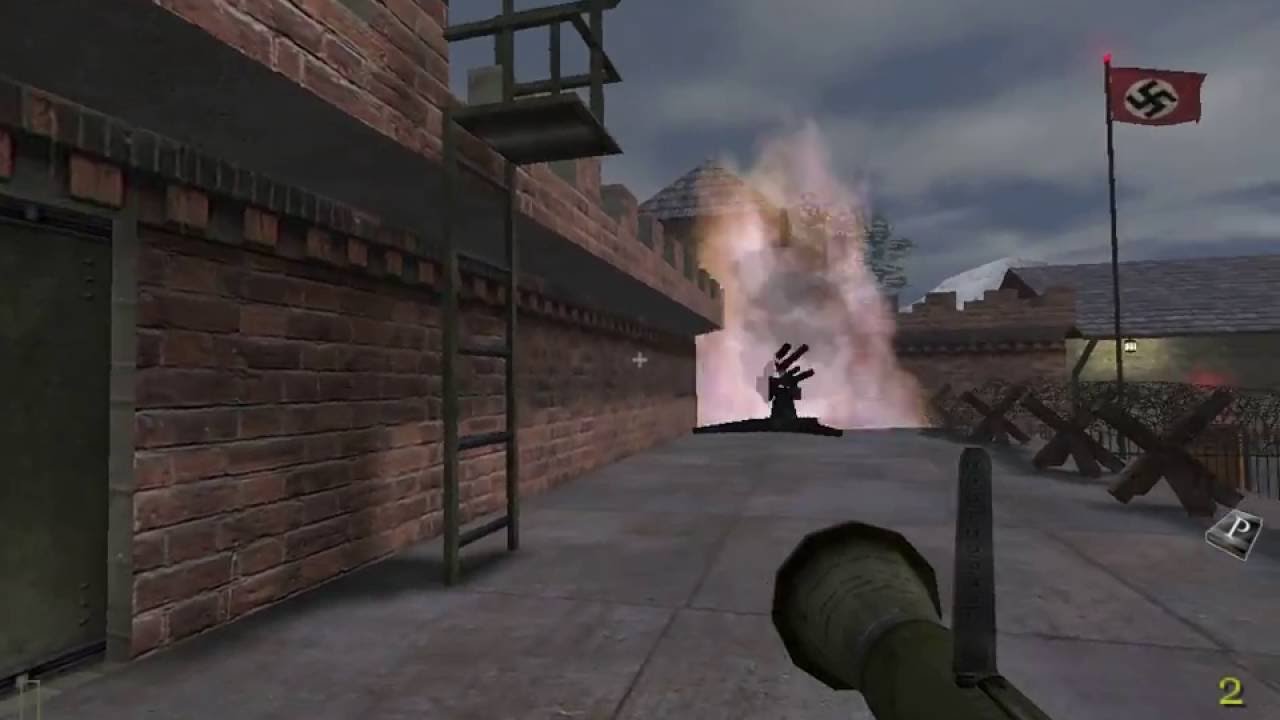 The ‘Wolfenstein’ franchise has never been a stickler for historical fidelity. Instead, it has played around with events, and with a most thorough intention, has manipulated the representation of those events to highlight the crux of the matter in question. The matter being WWII. Nazis being otherworldly monsters with superpowers might sound unrealistic, but weren’t they essentially that during that time? ‘Return to Castle Wolfenstein’ represents the best of the formula, boasting of multilayered levels, and a more open design, since there were no scripted set-pieces involved. It has always been one of the most important first-person shooters, but it has a serious stake in the representation of WWII in gaming as well. 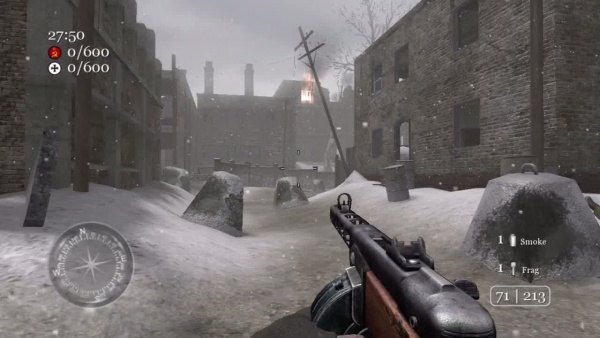 There is a hint of sadness mingled with nostalgia when one talks about the earliest ‘Call of Duty’ games. These were the ones that gamers all over the world associated strongly with, and which paved the way for arguably the world’s most successful gaming franchise but a franchise that is far removed from its roots.

‘Call of Duty 2’ perfected the WWII setting from its predecessor, with brilliantly constructed set-pieces that the series came to be famous for in later years. It gave its own nuanced flavour to famous WWII events, and even the D-Day mission feels significantly removed from Steven Spielberg’s ‘Saving Private Ryan’, from which many other games, such as the aforementioned ‘Medal of Honor’ games took inspiration from. Its depiction of soldiers across different Allied forces helped players gain a wide perspective of the war and the atrocities committed therein. With a game to kick things off like this, it is no surprise that ‘Call of Duty’ is the series it is today. If only the developers care enough to remember once more and make ’em like this again. Till then, this will suffice, and suffice well.