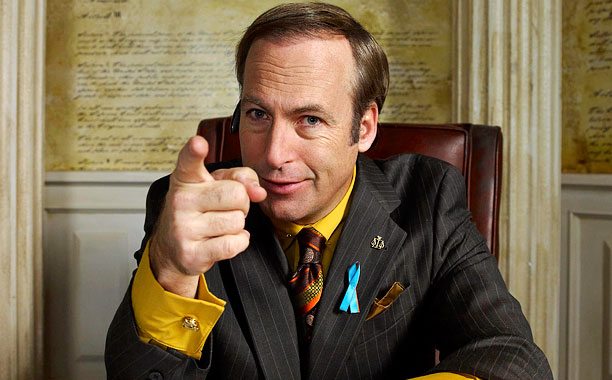 If you are a true “Breaking Bad” fan then ‘déjà vu’ are the words for you. Well, Albuquerque, Saul, Mike, Tuco all are coming this season to freshen your memory and bring you back to that lost era of Breaking bad !

When I heard that Team Vince Gilligan was making a prequel to Breaking Bad focusing the character “Saul Goodman” , I was very excited and at the same time a bit worried too as I thought it might get overshadowed by the cult of Breaking Bad. But, was this excitement worth the wait. Oh, hell yes ! They did it again. The excellence of Vince Gilligan and his co-writer made the impossible happened. “Better call Saul” has the soul of Breaking Bad yet very much of its own thing with an original multi-layered plot, powerful performances and a load of dark humors.

It all starts with James (Jimmy) McGill (Bob Odenkirk), a small-time attorney hustling around for his living and in the end how he starts to transform into an indecent lawyer. Jonathan Banks also reprises his role as Mike Ehrmantraut, while newcomer Michael McKean is playing the character of Charles McGill (Chuck), Jimmy’s elder brother who has a cold sibling rivalry with Jimmy.

The slow but confident pace of season one reminds us the early seasons of Breaking Bad and the climax of this season strongly indicates it will get better in the coming seasons. Odenkirk, who is playing his first serious leading role in a series is really delightful to watch.

All in all, the first season of ‘Better Call Saul’ is incredibly promising. It’s a masterpiece in the making, which has depth in characters with flavors of drama as well as comedy, and arguably has got all the potential to be the next great series in world television. You better not miss it.

Review: ‘To All the Boys: P.S I Still Love You’ is Surprisingly Good