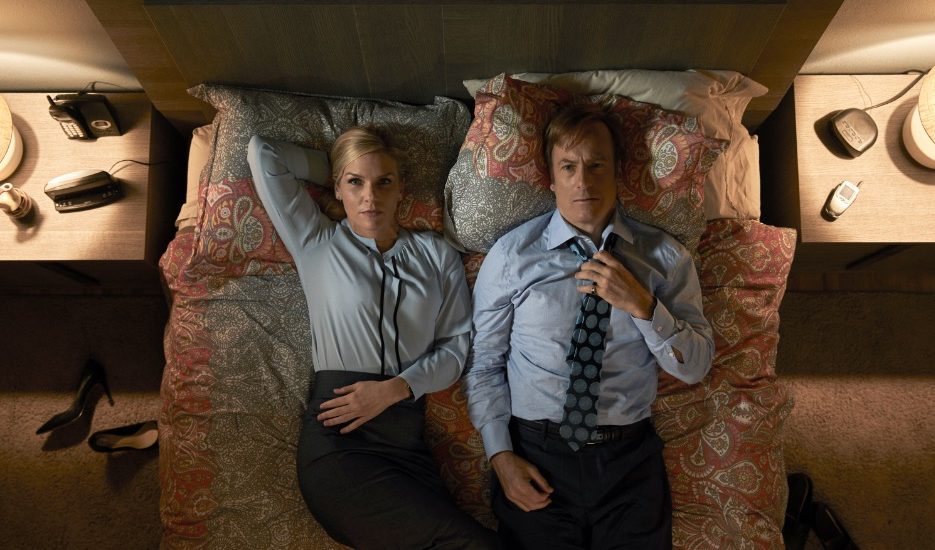 ‘Better Call Saul’ is a crime drama that showcases the origin story of Saul Goodman, from the legendary hit series ‘Breaking Bad.’ It is set six years before the beginning of ‘Breaking Bad’ and chronicles the life of low paid lawyer Jimmy McGill as he transforms into the dubious yet savvy criminal lawyer Saul Goodman, who chooses a risky path that leads him into the vicious world of drug trade in New Mexico.

Created by Vince Gilligan and Peter Gould, the spin-off prequel first premiered on February 8, 2015. Upon its premiere, the show garnered enough popularity for it to foster four successful seasons. It currently holds an overall approval rating of 98% on Rotten Tomatoes and has also been nominated 23 times for Primetime Emmy Awards and twice for Golden Globe Awards, among many others.

Which brings us to the obvious question: when will ‘Better Call Saul’ season 5 release and what is the cast? Let’s find out.

Better Call Saul Season 5 Release Date: When Will it Premiere?

Better Call Saul Season 5 Cast: Who is in it?

Apart from main cast from the previous season, ‘Better Call Saul’ season 5 will see the return of Tony Dalton as Lalo Salamanca as the main villain, the fan favorite Dean Norris (‘Beirut’) as Hank Schrader, one last look at late Robert Forster as Ed, and Steven Michael Quezada as Steven “Gomey” Gomez. As the timelines of ‘Breaking Bad’ and ‘Better Call Saul’ are set to overlap, there is a possibility that Aaron Paul and Bryan Cranston might return for a guest role as Jesse Pinkman and Walter White.

Better Call Saul Season 5 Plot: What is it About?

In season four, Gus collaborates with Mike to construct his meth lab and Mike hurts his conscience by killing someone to keep a secret hidden. Meanwhile, Gus uses Nacho as a pawn to expand his territory by causing the Salamanca cousins to eliminate the Espinosas. Hector starts getting mentally stable but his physical movement is still limited to his index finger. Lalo Salamanca extends a helping hand to Gus, only to keep an eye on Gus’ activities.

The season ends with Jimmy confessing to Kim, that he has expressed fake remorse over his brother Chuck’s death, to gain reinstatement as a criminal lawyer. However, Jimmy also reveals that he is planning to practice under the name Saul Goodman, henceforth.

Season 5 will finally showcase the criminal lawyer Jimmy McGill, embracing his new identity – Saul Goodman – an unscrupulous lawyer who doesn’t like going by the books. He might try to convince his lady love Kim, to support him on his new journey, as he ventures further into the criminal world crossing paths with Lalo Salamanca. Meanwhile, Mike becomes emotionally distraught after having to execute Werner Ziegler in season 4, which sends him into the dark zone, resulting in his relationship with his granddaughter getting affected. We can also expect to see the shift in the dynamic of Saul and Mike’s relationship.

Check out the thrilling trailer of ‘Better Call Saul’ season 5!