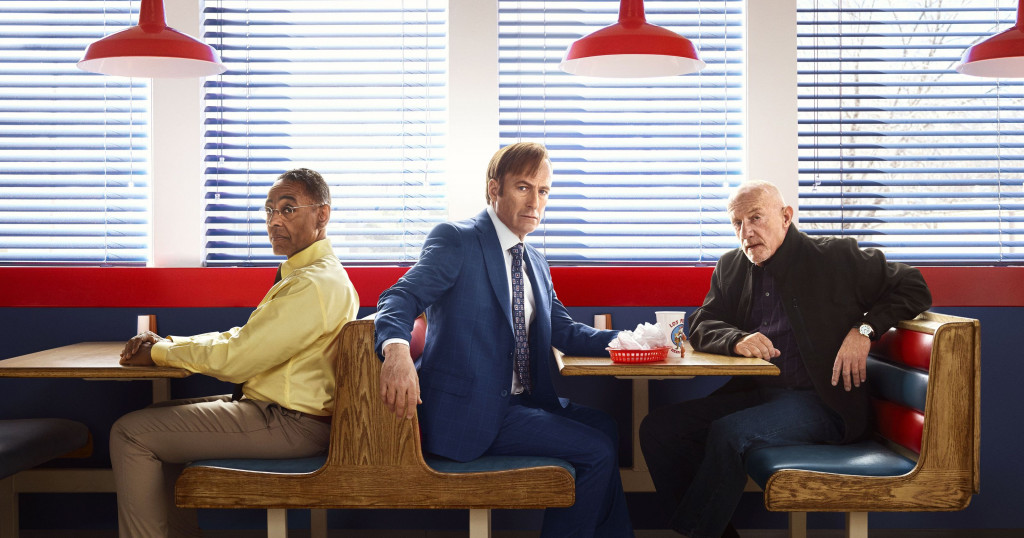 Giancarlo Esposito says AMC’s ‘Better Call Saul’ could end with season 6. The actor, who plays Gus Fring in the ‘Breaking Bad‘ prequel series, suggests an end may be in sight, though it’s long away. “It’s tricky with co-creator Vince Gilligan,” Esposito said during a conversation with Collider. “If you look at the ‘Breaking Bad’ model, he said five years, five seasons, but it was really five and six,” he added.

“As for Better Call Saul, There will be six seasons,” Esposito said. “It seems like that’s the way, the comfortable way, to end this show,” he clarified. But AMC didn’t comment on Esposito’s revelations. ‘Better Call Saul,’ which is created by Vince Gilligan and Peter Gould, is currently in production on its fifth season. ‘Breaking Bad’ ran for 62 episodes over five seasons. The makers cut the fifth season into two halves and aired them with a gap of nearly a year. However, The Hollywood Reporter reports that such a plan is not on the cards for ‘Better Call Saul.’

‘Better Call Saul’ traces back to several years from the events of ‘Breaking Bad.’ The plot revolves around the life of Bob Odenkirk’s Jimmy McGill, who slowly transforms into the criminal lawyer Saul Goodman of ‘Breaking Bad.’ The fourth season of ‘Better Call Saul’ ends with Jimmy saying he would start practicing law under a new name. “feels like we’re closer to the end than to the beginning,” co-creator Peter Gould told THR in October 2018 after the fourth season finale. “I don’t know how many more seasons we’ve got for sure, and obviously, some of that is a question of how much more story there is to tell and some of it is hopefully enough people watch to continue having it as a going concern,” Gould added. “We’re relying very much on the fans to keep us on, and we’ll have to see. Before season five is over, I think we’ll have a very clear idea of how much further we’ve got to go,” concluded the man behind the scenes.

Season 5 of ‘Better Call Saul’ is expected to air in 2020. When asked about the delay, AMC Networks Entertainment Group President Sarah Barnett told Vulture that “the delay is driven by talent needs and the network would not override if it would result in a worse show.” But Barnett didn’t slip anything about the number of episodes and their duration in the season 5. “We know clearly the end was already written before the beginning began. The writers, they have a very particular, very clear sense of the arc of their show,” added Barnett.

Reports suggest that Tony Dalton gets a promotion as a series regular in season 5. Dalton’s character Lalo was mentioned in Saul’s first ‘Breaking Bad episode.’ He has also appeared in a few episodes of ‘Better Call Saul’ season 4. Like ‘Breaking Bad,’ the prequel spinoff ‘Better Call Saul’ has also lured critics and viewers alike. Bob Odenkirk won three Golden Globe and three Emmy nominations for his portrayal of Jimmy McGill. The series also earned the Outstanding Drama Series Emmy in 2015, 2016 and 2017.

“There is a new character coming in, Lalo Salamanca, obviously someone I’m going to have to deal with in my travels throughout the show,” Esposito said in the Collider interview. “There will be six seasons, seems like that’s the way, the comfortable way to end this show. I am hoping for more of a collaboration in some way as an artist with Bob Odenkirk; I know as my star grows as Gus Fring [I’ll] be able to handle some of the edginess of the show more and more. And as Gene goes and comes to Saul Goodman, and becomes this nefarious lawyer, then I’ll have more interaction with him as well. So I’m excited about that,” he added.