Will There be a Better Things Season 5? 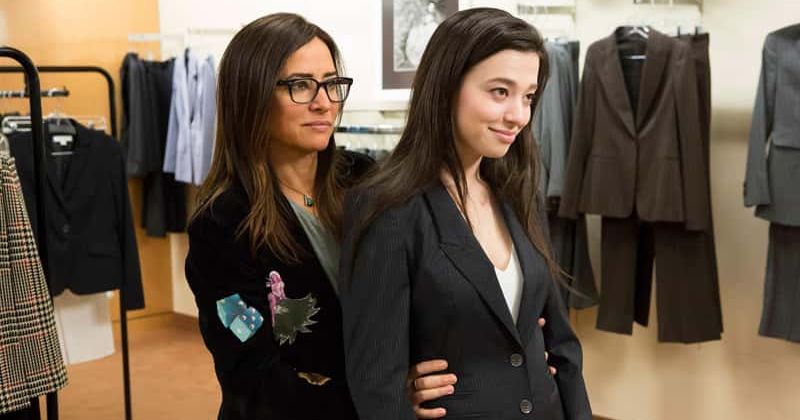 ‘Better Things‘ is a show about parenting that is equally sensitive and funny. The premise is about a single mother, who’s an out of work actress. Living in Hollywood poses its own set of challenges, as Sam, the mother, has to raise her daughters and make ends meet. However, she takes everything in stride, coming across as a remarkable, but all too human character. Now that Season 4 has wrapped up with Sam getting some much-needed closure with Xander, you might be wondering whether there will be a ‘Better Things’ Season 5. We have got you covered with the latest news and updates about the possibility of a new season.

Unfortunately for fans of ‘Better Things,’ the show has not been renewed for Season 5 yet. Previously, FX renewed the show a month before the season finished airing. However, over time, ‘Better Things’ has seen a declining number of viewers. At present, it is the second least-watched show on the network, over ‘Breeders.’ Therefore, we must realistically consider that ‘Better Things’ might get canceled. However, on the bright side, due to FX’s deal with Hulu, the series might see a spike in viewership on the streaming platform. If ‘Better Things’ Season 5 is greenlit, it will still be a while before we get to see the series air.

Typically, the show has aired in February, and thus one might expect Season 5 to air around the same time in 2021. However, Pamela Adlon, the creator, has said that she’s not going to start working on Season 5 until the coronavirus pandemic ends. Logically, she does not want to write an entire season, and not get to film it. Therefore, even if all goes well, ‘Better Things’ Season 5 will release sometime in 2021.

Better Things Season 5 Cast: Who can be in it?

‘Better Things’ will bring back the Fox family in the upcoming season. Thus, we can expect to see Adlon reprising the role of Sam Fox, the mother. Mikey Madison will return as Max, the eldest daughter, who’s angry but decent. Hannah Alligood should return as the androgynous middle daughter, Frankie, while Olivia Edward will return as Duke, the adorable youngest daughter.

Celia Imrie is expected to reprise the role of Phyllis, Sam’s mother. With Sam making her peace with Xander, the children’s father, we expect to see even less of Matthew Glave in the upcoming season.

Better Things Season 5 Plot: What can it be about?

‘Better Things’ is about Sam raising her kids. Although that has taken up a lot of space over the seasons, you might be wondering about what Season 5 could broach. Well, Adlon is never out of ideas, and she is bound to make it humorous. However, as far as character arcs go, we know that Sam has found her closure with Xander. She pays him the remaining money but gets the last jab in as well.

Meanwhile, Duke seems to have decided that she needs to love and care for herself rather than get married. However, the wise woman who advises her in the season finale disappears when Duke turns around. Does Duke see ghosts outside the house as well? The upcoming season could explore that.

Apart from that, we expect the usual arguments to break out between Max and Sam, where the two eventually make up and see the other’s point of view. Season 4 saw a mash-up between a bat-mitzvah and a quinceanera, a strange pet being brought into the house, and Sam buying a car impulsively. Season 5 is bound to see similarly crazy situations that make ‘Better Things’ so well-loved.