Where to Stream Big Little Lies? 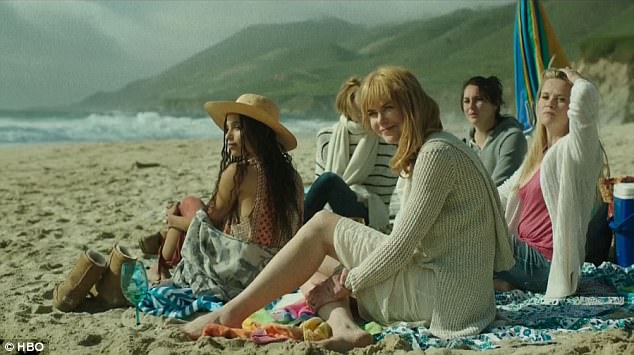 Petty politics has never been as interesting as it has in ‘Big Little Lies‘. This drama is based on the novel of the same name, written by Liane Moriarty. ‘Big Little Lies’ has been created by David E. Kelley who is the master of television dramas with a hint of internal politics and has famous shows like ‘Boston Legal‘ and ‘Ally McBeal‘ to his name

‘Big Little Lies’  has received a lot of critical acclaim since its release, including 8 Emmy Awards, and has been praised for the pacing of the plot, the strong feminist themes, and not to mention the stellar performances. The last point should not come as a surprise, considering the roster of talented actors who are in the show. Anyhow, the second season of the show wrapped up recently, so this is the perfect time to acquaint yourself with ‘Big Little Lies‘ if you have not seen it, and if you have, you know you could rewatch it because the show is that addictive.

Anyhow, before we tell you where to watch ‘Big Little Lies’, let us tell you a little bit about the show.

What is Big Little Lies About?

‘Big Little Lies’ takes a deep look into a tight-knit and mostly privileged section of a community in Monterey. We are introduced to the characters who will soon come to be known as the Monterey Five. First off, we have Madeline Mackenzie (Reese Witherspoon). She is a typical dominating mother who likes putting her nose in other people’s business and usually gets her way through a mixture of bullying and cajoling.

Then we have her best friend Celeste Wright (Nicole Kidman). She is somewhat of an enigma. Celeste used to be a lawyer but gave it up after she married, in order to raise her two kids. She is somewhat of the envy of the town because her family is very well off, her husband, Perry (Alexander Skarsgård) is handsome, and she is drop-dead gorgeous to boot. It seems her life is perfect. Both these women soon become friends with a newcomer in their community, Jane Chapman (Shailene Woodley). Jane is not as well off as they are, and she seems to be running from a traumatic past, that is, she was raped and her son was born from that rape.

The other members of the Monterey Five include Bonnie Carlson (Zoe Kravitz), who is the wife of Madeline’s ex-husband, Nathan (James Tupper). Bonnie is somewhat of a hippie within the community, with her yoga and organic stuff, but fate brings her together with these women. The final member is Renata Klein (Laura Dern) whose family is as wealthy as the Wrights, and she is not afraid to ascertain her wealth and power to ensure her child gets everything in school.

As the plot progresses, we get glimpses into all these women’s lives, including the cracks in Madeline’s life, where she seems to struggle to find the spark with her husband Ed (Adam Scott). She also cannot seem to control her daughters and has feelings of resentment towards her ex-husband. Madeline thus pours all her energy into an upcoming play she is organizing. Meanwhile Bonnie and Nathan grow increasingly close to Madeline and Ed, as Madeline and Nathan’s elder daughter wants to live with her dad. There are some clashes here as well.

Jane’s story is told hauntingly through flashes into her past as she tries to identify the person who raped her, while Renata and her husband seemingly have it all, but struggles with the fact that someone is bullying and physically abusing their daughter in school, and all their money and power cannot stop it. Meanwhile Perry and Celeste, who are supposed to be the perfect couple in the community show increasingly disturbing signs, as we realize that Perry is an abusive husband, and the two are in a violent relationship, which includes some very violent sex as well. This affects both the children.

As all the story unfolds, we are shown glimpses into a police investigation about a murder within the community. The victim is none other than Perry, who tries to violently get Celeste to stay with him. Madeline, Renata, and Jane all try to stop him, and in a moment of shock, Jane realizes that her rapist is none other than Perry. Bonnie shows up in the nick of time, pushing him down a flight of stairs, killing him.

Thus the five women who were present during Perry’s murder come to be known as the Monterey Five, but they lie about the circumstances of the death, saying that he fell down the stairs. This lie comes to eat at them in the second season, with Bonnie quickly unraveling, and Celeste increasingly showing signs of distress. Madeline faces personal issues in her life when Ed discovers about her affair with the theater director, which took place in the first season.

Even Renata stands to lose everything as her husband is hauled in by the FBI for wire fraud and various other white-collar crimes. Jane too struggles with a new relationship, finding herself often unable to get over the trauma of the rape. To top it all off, the detective on their tail seems to be closing in, and the situation is infinitely worse with Mary Louise (Meryl Streep), Perry’s mother, showing up, and acting monstrously in her own way. All of this leads to a tense finale, but let us not ruin that for you, and instead tell you where to watch ‘Big Little Lies’.

Is Big Little Lies on Netflix?

Netflix has a library full of wonderful content, be it films or television shows. However, ‘Big Little Lies’ is not on the platform. Instead, you can watch ‘How to Get Away With Murder‘ to see how the Monterey Five could have better covered up the crime against Perry.

Is Big Little Lies on Hulu?

Hulu has a platform which is always expanding and makes some smart additions to the content. ‘Big Little Lies’ might not be available for Hulu subscribers, but if you want drama among housewives, look no further, because the platform has ‘Desperate Housewives‘. However, if you are fixed on watching the show, you can add HBO to your existing Hulu pack for $14.99 a month. This will let you access all HBO content including ‘Big Little Lies’. Check it out here.

Amazon Prime has a library that cannot be easily bested. Prime subscribers might not be able to stream ‘Big Little Lies’, but they can add the HBO pack to their subscription for $14.99 per month and access all the content, including the show. Alternately, you can buy individual episodes or the entire season of ‘Big Little Lies’. We recommend buying the season at one go to save money overall. Check it out here.

Where Can I Stream Big Little Lies Online?

Can I Watch Big Little Lies Online For Free?

Freeloaders, you do have a chance of watching ‘Big Little Lies’ online for free, but you need to have a Prime subscription. You can use the trial period that HBO offers on Amazon Prime. The show has 14 episodes and the trial period lasts for one week. Thus, you have to watch two episodes per day, but ‘Big Little Lies’ is so addictive that you might end up binging on the entire thing.

Where to Stream Hamilton?

Where to Stream Crisis on Infinite Earths?