When Will Big Mouth Season 4 Premiere on Netflix? 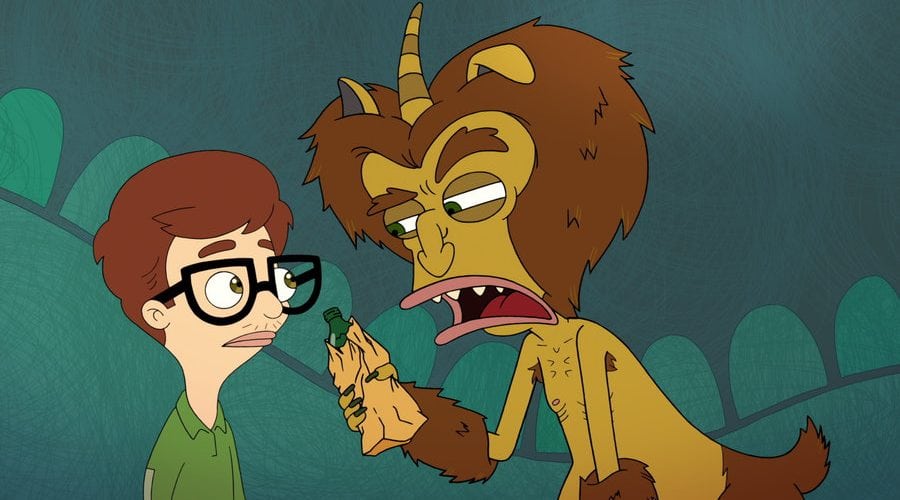 ‘Big Mouth’ is an American adult animated web television series which airs on Netflix. Created by Nick Kroll, Andrew Goldberg, Mark Levin, and Jennifer Flackett, the animated series is loosely based on Kroll and Goldberg’s hormone-fuelled teenage years and misadventures growing up in Westchester County, New York. The show follows a group of middle school students whose lives are upended when they hit puberty.

‘Big Mouth’ Season 1 first made its way to viewers’ screens on September 29, 2017. The first season received enormous praise from critics and audiences alike, and the show was renewed promptly. A year later, on October 5, 2018, Season 2 of ‘Big Mouth’ aired and was again praised far and wide. A year later ‘Big Mouth’ Season 3 premiered in October, 2019. Now, the question is, will there be Big Mouth Season 4?

Big Mouth Cast: Who’s in it?

Owing the show being an animated one, all the cast members lend their voices to characters.

Interestingly, show co-creator Nick Kroll voices the character based on his own self, Nick Birch. Further, he voices several other characters including Maurice the Hormone Monster, Rick The Hormone Monster, Coach Steve, Lola, and the Jansen Twins, to name a few.

Additionally, Jessi Klein voices the sarcastic and smart Jessi Glaser. Jason Mantzoukas voices an Armenian-American boy, Jay Bilzerian, who is obsessed with sex and magic. Jordan Peele, meanwhile, voices the spirit of a jazz musician, the Ghost of Duke Ellington, who now lives in Nick’s attic and is a constant advisor to the young boy. Further, Jenny Slate voices the nerdy Missy Foreman-Greenwald, while Fred Armisen and Maya Rudolph voices Nick’s parents, Mr. and Mrs. Birch, apart from other characters.

All the main voice actors are expected to return for season 4.

What is Big Mouth About?

The show traces the tumultuous journey of a group of seventh graders, including Nick and Andrew, as they navigate puberty and all the world-altering changes that come with it. In a hilarious fashion, we see the “hormone monster” and “hormone monstress” characters acting as shoulder angels to the show’s young characters, guiding them through their hormone-filled trip through puberty. The show also uses non-human and inanimate objects as characters, such as a ghost, a pillow, genitalia, and even a Statue of Liberty with a French accent. These characters, too, guide our young protagonists with their helpful yet confusing advice on how to navigate puberty and sexual arousal.

“It [puberty] seemed like the thing you should be trying to talk about and remember. Everything felt pretty high drama, so that’s first and foremost when you’re making a show. The stakes are very, very high when you’re going through puberty,” show co-creator Nick Kroll had told VICE earlier, explaining his motivation to go ahead and make the ‘Big Mouth’. In fact, this is precisely why many television critics have praised the show.

For instance, Vulture wrote, “Even though it’s about 12-year-old kids, most parents would probably deem it way, way too explicit to show to an actual 12-year-old. But even high-schoolers and older “kids” — which is to say, adults — can learn something from this show. It’s pretty clear that, despite that song by Salt-N-Pepa, as a society we still don’t know how to talk about sex. Big Mouth reminds us it’s still possible to change that by starting the conversation when we’re young.”

Meanwhile, giving a very apt description of the show, Erik Adams of the AV Club commented, “It’s [‘Big Mouth’] like if the fantasy-tinged episodes of Bob’s Burgers were way more explicit about Tina’s thing for butts; in Simpsons terms, it’s a realistic, down-to-earth show that’s completely off-the-wall and swarming with magic manifestations of hormonal urges and the Ghost of Duke Ellington.”

As can be inferred, ‘Big Mouth’ has made quite name for itself in the two short years that it has been around for. Critics have absolutely loved ‘Big Mouth’, and the show enjoys a mind-blowing score of 100% on Rotten Tomatoes. The critics consensus for Season 2 reads, “Poignantly repulsive, Big Mouth continues to confront the awkwardness of adolescence with foul-mouthed glee and an added layer of maturity.” Like critics, viewers, too have loved the show, and it enjoys a solid rating of 8.1/10 on IMDb.

Big Mouth Season 4 Release Date: When will it premiere?

‘Big Mouth’ season 3 premiered on October 4, 2019. As far as next season goes, we have plenty of great news for the fans.

On July 26, 2019, in Netflix’s biggest renewal to date, the streaming network renewed the show for three additional seasons — Nos. 4, 5 and 6. The massive renewal is part of a deal Netflix has signed with Brutus Pink, the newly formed animation production company of the creative team behind Big Mouth. In more good news for the fans, on October 3, 2019, Netflix announced a spin-off series titled Human Resources, set within the show’s universe.

Going by the release pattern of previous seasons, it is pretty easy to guess that Big Mouth season 4 will most likely release on October 2, 2020.

You can watch Season 3 trailer for the time being. If you haven’t seen the show yet head over to Netflix to catch all the episodes of the previous seasons.