When Will Big Mouth Season 4 Release on Netflix? 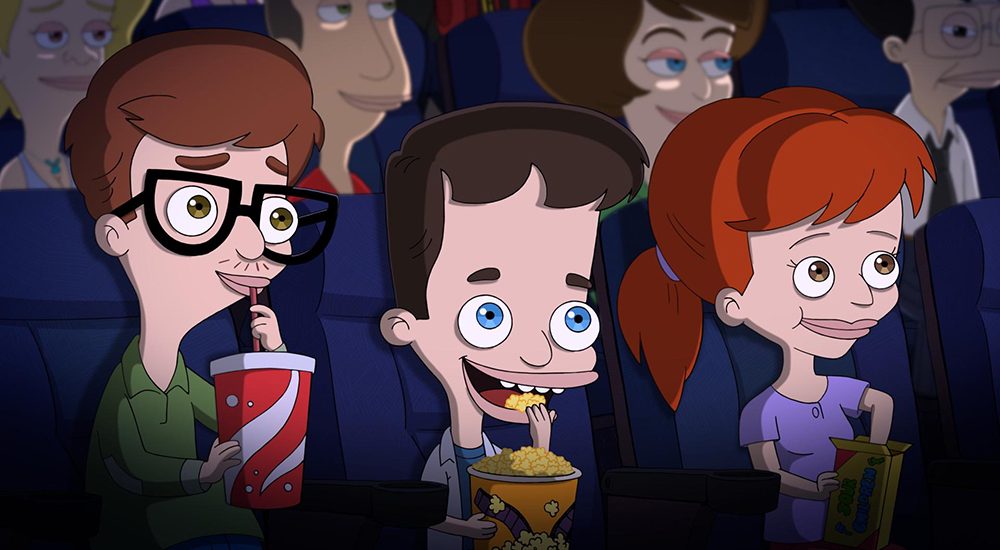 Created by Andrew Goldberg, Nick Kroll, Mark Levin, and Jennifer Flackett, ‘Big Mouth’ is a delightfully foul and funny adult-animated series that chronicles all the trials and tribulations of puberty and teenage years through the perspectives of characters based on Goldberg and Kroll’s younger selves. Following its premiere on September 29, 2017, the series has received widespread recognition and has become one of the highest-rated series in its genre.

In 2020, ‘Big Mouth’ was awarded two Primetime Emmys, including one for Outstanding Derivative Interactive Program. It has been exactly a year since the third season dropped on Netflix. Naturally, many of you must be wondering: when will ‘Big Mouth’ season 4 come out? Here’s everything we know about it!

‘Big Mouth’ season 3 released on October 4, 2019, on Netflix. Unlike the previous two seasons, which have ten episodes, the third comprises 11 episodes, including the double-episode Valentine’s Day special, titled ‘Big Mouth: My Furry Valentine’, which dropped on February 8, 2019.

In July 2019, Netflix announced that they have secured a deal with the show’s producers, Brutus Pink team, for seasons 4, 5, and 6. According to Mike Moon, Netflix’s top executive of adult animation, “Big Mouth brilliantly captures the most awkward phase in a person’s life — puberty — in a hilarious yet heartwarming way. We couldn’t be more excited to continue our relationship with Brutus Pink and bring more stories, more humor and more hormones to Netflix members around the world.”

In a statement, the Brutus Pink team echoed the sentiment. “Netflix has given us the best creative experience imaginable, and we’ve been able to build an amazing community of talented writers, actors, producers and artists. We’re thrilled to be continuing with everyone for years to come.” During a live table read in March 2020, Kroll stated that ‘Big Mouth’ season 4 is set to premiere in fall 2020. However, that can change because of the delay due to COVID-19. Considering everything, we expect ‘Big Mouth’ season 4 to release sometime in fall 2020 or early 2021.

Big Mouth Season 4 Cast: Who is in it?

The incredibly talented Kroll leads the cast voicing multiple main and supporting characters, including Nick Birch, one of the two main protagonists; Coach Steve Steve; Lola Ugfuglio Skumpy; Maurice the Hormone Monster; Rick the Hormone Monster; the Ladybug; the Statue of Liberty; Joe Walsh; Sylvester Stallone; the Janssen twins; the ghost of Picasso; and the ghost of Richard Burton. Nick’s friend Andrew is portrayed by John Mulaney, who also lends his voice to Mint, Grandpa Andrew, Babe the Blue Ox, and Detective Florez.

Fred Armisen essays the roles of Elliot Birch, the ghost of Antonin Scalia, bus driver, Stavros, and Bob the Hormone Monster. Jessi Klein voices Jessi Glaser, and Jason Mantzoukas voices Jay Bilzerian. Maya Rudolph won the Primetime Emmy Award for Outstanding Character Voice-Over Performance in 2020 for depicting Connie the Hormone Monstress in the series. She also provides the voice for Diane Birch. Jordan Peele is cast as the voice actor for the Ghost of Duke Ellington; Featuring Ludacris, the Pitbull; and ghosts of Freddie Mercury, David Bowie, and Prince.

In June 2020, amid the BLM protests, Jenny Slate took to social media to reveal that she would not voice Missy Foreman-Greenwald, a character that is part White Jewish and part African American, any longer. News of Ayo Edebiri joining the cast to substitute Slate was first made public on August 28, 2020. By the time Slate announced her decision, she had already worked on several episodes of season 4. Edebiri is set to make her debut in the show in the penultimate episode of the fourth season. The rest of the cast is slated to return for ‘Big Mouth’ season 4.

Big Mouth Season 4 Plot: What can it be About?

In the final moments of the penultimate episode of season 3, Andrew sees Nick kissing Missy, which causes the biggest rift yet between the two long-time friends. In the season finale, Caleb imagines that he and other students have superpowers. Andrew tells Lars about Nick and Missy, leading to Lars and Missy breaking up. Elsewhere, Jessi discovers that her father is dating again and her mother has decided to relocate to the city with her. Nick and Missy go on a date together, but Nick feels miserable throughout the evening.

On the day of the graduation, Nick admits that he doesn’t like Missy. The kiss happened because he got carried away by the excitement of the play. Missy comes to know about this and is heart-broken. All the students of the class start fighting with each other, which is transformed into a superhero battle through Caleb’s imagination. Ultimately, Andrew tells Nick that he doesn’t want to be friends with him anymore, and Nick leaves for the camp alone. Jay grows closer to his family, while Jessi and her mother put their house up for sale.

In season 4, we might see how Nick copes alone at the camp and what his dynamics with Missy and Andrew are once he returns home. Expect the season to give a considerable focus on how Jessi deals with her new city life. Season 3 finale hints that Missy will be more independent and opinionated in season 4, so we can look forward to that as well.