Big Sky on ABC: Everything We Know 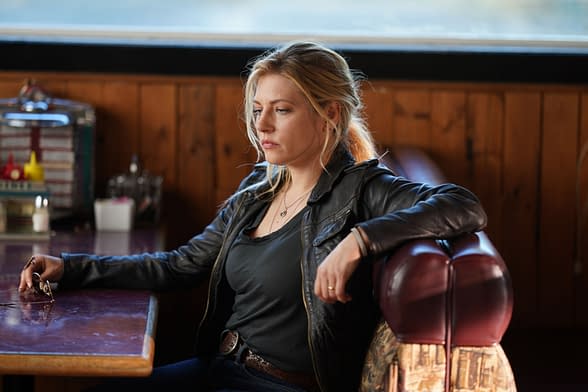 ‘Big Sky’ is a procedural crime drama that follows a team of investigators as they attempt to solve the mystery of a kidnapping case – wherein a truck driver abducts two girls on a remote highway in Montana. Created by visionary storyteller David E. Kelley (‘Big Little Lies’ and ‘Ally McBeal’), the scripted ABC original is adapted from the 2013 novel ‘The Highway,’ penned by C.J. Box.

Featuring an excellent cast, sharp writing, and vivid backdrops, ‘Big Sky’ is a twisted story, packed with multiple curveballs. In fact, it forces you to “want to know more.” Well, let’s get to know the show a little better by breaking down its major details!

Big Sky Cast: Who is in it?

‘Big Sky’ features an impressive cast of some well-known faces from both TV and movies. ‘Vikings’ star Katheryn Winnick stars as Jenny Hoyt, a former cop and estranged wife of Detective Cody Hoyt. Ryan Phillippe (‘I Know What You Did Last Summer’ and ‘Cruel Intentions) appears as Detective Hoyt. Kylie Bunbury (‘When They See Us’) essays the role of the third investigator in the team, Detective Cassie Dewell.

Rounding up the lead cast is Brian Geraghty as Ronald Pergman, Dedee Pfeiffer as Denise Brisbane, Jesse James Keitel as Jerrie (a local prostitute), Valerie Mahaffey as Helen Pergman, and John Carroll Lynch as State Trooper Rick Legarski. We also have Natalie Alyn Lind as Danielle Sullivan and Jade Pettyjohn as Grace Sullivan. Grace and Danielle are sisters who are kidnapped by a truck driver on a remote highway.

Big Sky Plot: What is it About?

‘Big Sky’ kicks off with two young women – Danielle and her sister Grace – who head on a trip to Helena, Montana. However, their car breaks down near Yellowstone, and the whole situation does not end well for the girls. When the siblings do not return, a team of local private detectives – Cody Hoyt; his ex, Jenny; and Cassie Dewell, accompanied by Sheriff Rick Legarski, embark on a mission to track down the pair. Further investigation reveals that these are not the only females who have disappeared in the area. There is a case, hidden underneath, that unfolds to hint at much more sinister events.

The detectives must catch the perpetrator before another woman becomes his victim. ‘Big Sky’ is one of those thrillers that puts a considerable emphasis on its characters – with all of the players having complicated backstories and lives. Moreover, true to its name, the series is set under the “big sky” – where the mountains are never-ending. But the humans who live in the vicinity are hardy, rusty, and eccentric. And the most engaging aspect of this drama is its twists – which keep you guessing and lead you to expect. However, these expectations are never met!