Big Sky Episode 5: How And Where to Watch Online? 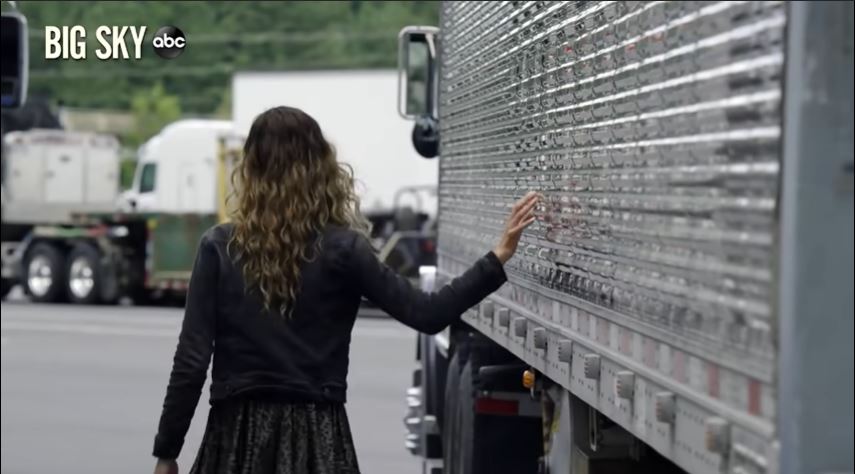 In the 4th episode of ‘Big Sky’ that dropped this Tuesday, Cassie and Jenny decide to take matters into their own hands when news about the girls’ disappearance becomes public. They promise to put in their complete efforts to make progress in the case. On the other hand, Legarski tries to maintain his composure but loses it when Ronald picks a different approach to protect himself. The captives, Danielle and Jerrie take care of Grace. In the recap section of this article, you can read a detailed summary of the latest episode. But first, here is a preview of the upcoming episode 5 of ‘Big Sky’ season 1.

Viewers can stream the latest episodes of ‘Big Sky’ for free as and when they are released on ABC’s website, usually a day after they air on television. Hulu subscribers can also watch on the popular streaming platform as new episodes are added 24 hours after they air on ABC. Another option is to watch the show on-demand on FuboTV.

‘Big Sky’ season 1 episode 5 is titled ‘A Good Way to Die’ and the official synopsis by ABC reads – “Jenny and Cassie feel as if they’re closing in on Legarski, but they are racing against the clock as he and Ronald are preparing to move the girls. Jerrie makes one last attempt to convince Ronald to let them go. Elsewhere, Cassie visits Merilee to question her about her husband and Ronald aggressively confronts his mother”. Here is the promo for the upcoming episode.

‘Big Sky’ episode 4 is titled ‘Unfinished Business’. News about the Sullivan sisters’ disappearance finally becomes public and Ronald watches the report on the tv over breakfast. Rick calls him up and says that the gang is going to hand over the captives to a different trafficking syndicate. Meanwhile, Legarski is annoyed since Jenny coerces Sheriff Walter into asking Legarski to call Helena for a meeting.

Legarski goes off to meet Walt and the office is packed with MAGAs since a black woman, Cassie has lodged a complaint against him. He bumps into Jenny and Cassie in the driveway. He is unaware that Cassie has planted a tracker in his SUV. The captives Danielle and Jerrie are concerned about Grace, whose wound is infected. She suffers from a high fever and the duo believes that they can put maggots to clean her wound. But the infection worsens and Legarski reaches — only to put her on heavy antibiotics.

Cassie and Jenny narrow down the list of truckers who could have kidnapped the women. Merilee returns home and when Rick confronts her, she snaps back, “I’m not having an affair. No such luck. Just dancing, which I’ll settle for.” He later goes up the stairs, hammer in hand. Denise and Cassie locate Rick’s tracker in a remote barn and enter the site. But they cannot hear the girls below calling for help. They leave!