When Does Bigger Season 1 Air on BET? 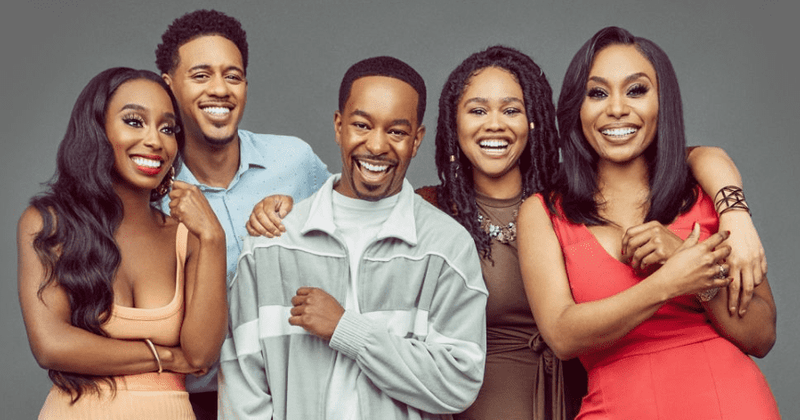 ‘Bigger’, executive produced by Will Packer and Will Packer Media, is a BET+ original series. The hilarious and energetic scripted comedy is set in a neighborhood in East Atlanta, named Little Five Points. The story is about a young and single black woman and her group of ambitious, lively friends. ‘Bigger’ is created by Felischa Marye and credits Devon Shepard as the showrunner, who also serves as one of the executive producers.

Bigger Cast: Who is in it?

Tanisha Long (‘Crazy Ex-Girlfriend‘ and ‘I Love Bekka and Lucy’) stars as Layne Roberts, an eccentric, charming young woman who has, for a long time, not been able to completely express what she is — both in her romantic and personal lives. She faces a major dilemma when her prim and proper, yet boring long-time boyfriend finally proposes marriage. Layne is confused if she should go ahead. Matters get further complicated when the dashing, adventurous Reggie starts showering her with affection. She also needs to revamp her run-down antique store. Layne is, in fact, smart, funny, and positive, but her low confidence and habit of second-guessing always lead her to crossroads. She needs to begin taking risks if she wants to do what she actually desires.

Angell Conwell from ‘Soul Plane’ fame plays Veronica Yates, a confident and striking young woman. She has a well-to-do real-estate business and she serves as the advice-giver in the group. Veronica constantly urges Layne to let go of her misgivings and start having some fun. Rasheda Crockett (‘Unbreakable Kimmy Schmidt‘) starts as Tracey Davis, a prominent, fun-loving social media influencer. She wants to progress far more on the fame ladder. However, she is worried that her time in the limelight is gradually waning.

Chase Anthony (‘Lethal Weapon’) is Deon Lewis, a toned, handsome, and leading businessman. Full of swag, he aims to move up in his venture, although being constantly pushed down when opportunities are given to less-deserving colleagues. Tristen Winger (‘Insecure’) stars as Vince Carpenter, a cute guy with a knack for fashion statements from the 90s. A bright old-school DJ, he wishes to reintroduce the former days of music but is always pulled back by the modern, upbeat young generation.

Joining the lead cast in recurring guest roles is Warren Burke as Greg Washington, a conservative, traditional, and regular guy. He is a successful doctor and Layne’s boyfriend. He loves, respects, and treats her the best he can. However, he falters when it comes to rocking her world in the bedroom. Greg ends up proposing Layne and although she says she needs time, he hopes her answer will be positive. Terrence T. Terrell stars as Reggie Langford, a sexy hunk and a charming guy, who is magical when it comes to adventures on the bed. Layne ends up spending a few nights with him and considers Reggie as the ideal ingredient to spice-up her monotonous life.

Bigger Plot: What is it about?

‘Bigger’ introduces us to Layne, a single black woman, dealing with the ultimate crisis. She is totally confused about the possibility of an upcoming marriage when her stable, long-term boyfriend ends up with a surprise proposal. Layne does not know whether she should play safe by saying yes to her boring-in-bed boyfriend or just accept who she is in reality.

She and her ambitious group of friends are also shocked when they receive a piece of tragic news about the sudden death of a college acquaintance. Now, this small bunch of young men and women is forced to look deeper into their stagnant lives. They need to understand if life holds a bigger and better meaning — both literally and metaphorically.

Bigger Season 1 Release Date: When does it premiere?

‘Bigger’ Season 1 released on BET+ on September 19, 2019. The raunchy comedy comprises 10 episodes, each spanning a run-time of 30 minutes. It premiered alongside the launch of BET Plus on September 19th and ‘Bigger’ is one of its first original shows.

Now, as far as a renewal is concerned, it is too early to predict anything definitively yet. But if the ratings are good enough, you can definitely expect the show to continue for a few more seasons.

BET+ has not released a full-fledged, official trailer for the show. But you can of course visit show’s official page to check out previous episodes.