15 Biggest Mistakes That DCEU Movies Have Made (so far)

With four releases thus far and more than a dozen more films announced already, the DCEU is trying hard to give a tough competition to the rival MCU. And polarizing as it may be, I have my faith in the DCEU. I have always been a DC fan. I like their heroes better and grew up watching the animated stuff, wherein no one beats DC. Coming to live-action, DC has been giving films with mostly mixed reviews. And Marvel is yet to deliver a flop. But my favorite superhero film list is all DC. Apart from Nolan’s inimitable ‘Dark Knight Trilogy’, my personal favorite is ‘Watchmen’. It’s dark, gritty, lengthy and somewhat slow(things DC has been criticized for a lot). Yet, it is the best superhero film I have seen and Marvel cannot make a film like ‘Watchmen’ in my opinion. They haven’t had success with The Punisher on the big screen yet.

So, yes. As a fanboy, I have been supportive of the DCEU right from the beginning. But I won’t deny the fact that they have screwed up at times. They have such potent material that despite having a head start, they could have given MCU a run for their money. But some mistakes didn’t let that happen and we are listing those in this article. Maybe if they learn from this, DCEU can turn things around soon. WARNING: SPOILERS AHEAD!

In ‘Man of Steel’, Clark Kent is faced with opposing views from his actual and adoptive father. While Jor-el wants him to test his limits and use his powers to save humanity, Jon Kent wants to hide his abilities from the world. And to prove his point, he had to sacrifice himself to a storm. Not only did Snyder deviate from the original source material here (something that upset many fans), he also wasted an important character that could have been used elsewhere. Even if not, he didn’t deserve such a pointless death. 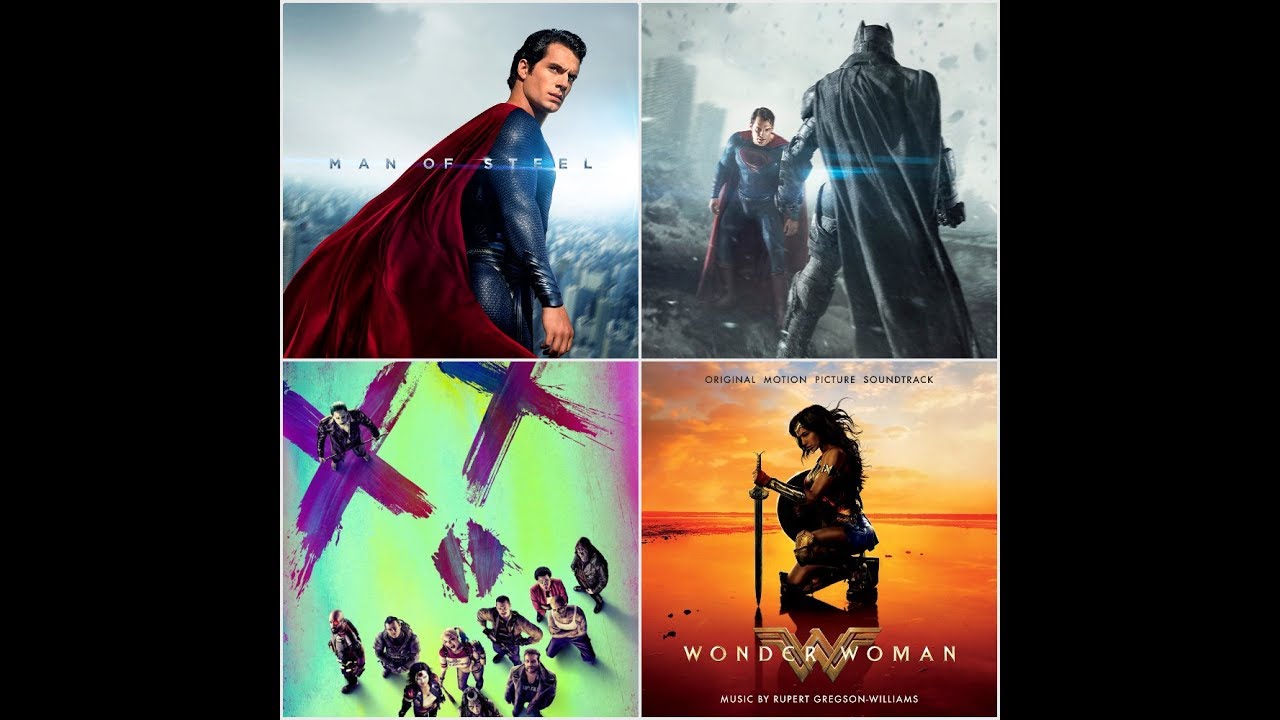 There is a lot of inconsistency when it comes to the themes in DCEU films. ‘Man of Steel’ was largely driven by Hans Zimmer’s thrilling score and Wonder Woman’s Junkie XL powered theme is just electric. But when we see ‘Suicide Squad’ set in the same cinematic universe, it looks largely out of place due to the overuse of pop songs in the soundtrack. Not only is it a sharp contrast from the rest of the films, it also makes the shared universe less visible and irrelevant. Zack Snyder has been synonymous with slow motion sequences ever since ‘300’. These slow-mo action scenes are his director trademark. They are still used in a limited amount in ‘Man of Steel’ and ‘BvS’ (Snyder has been cutting down on slow-mo ever since ‘Watchmen’), but when Patty Jenkins decided to include Snyder’s traits in ‘Wonder Woman’, the slow-mo felt overused and distracting. It’s perhaps the best to not copy others’ style and be original.

DCEU films have been very bold with their casting choices. While everyone was skeptical about Batfleck, it turned out rather amazing. However, that wasn’t true for Eisenberg’s Luthor. Not only was the character portrayal way different from the original source material, it was a bad performance, in general. And Lex Luthor is an extremely important part of any Superman story. Let’s see if his new incarnation (the bald version) is any good.

Killing Superman on his second outing itself was not a wise decision. Firstly, we knew he’s coming back and we had to waste about 20 minutes to witness him punch the mud on his coffin in the air. Secondly, Snyder could not send across the idea that a naive Superman, who wasn’t aware of his true potential had died to give way to a wiser version that we are waiting for. It was just a waste.

10. Not Delivering on Fan’s Expectations in ‘BvS’ 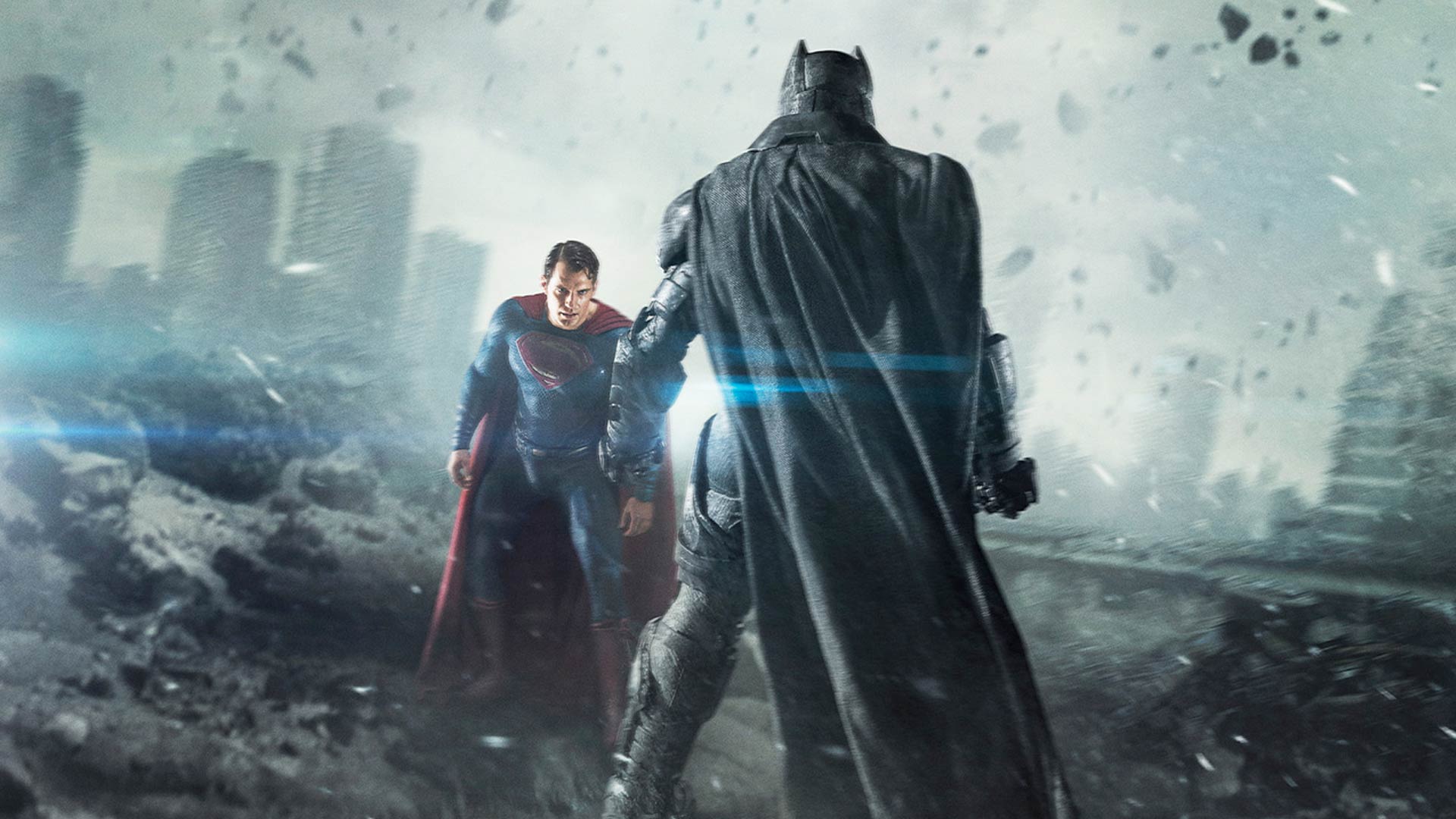 ‘BvS’ was one of the most hyped films in recent history. The fans just could not wait to witness two of the most iconic superheroes take on each other. Also, when your film is titled ‘Batman vs Superman’, fans expect them to fight for at least half an hour in a two hour plus film. But there were just about 10 minutes of actual fighting amid courtroom drama, side plots and character introductions. 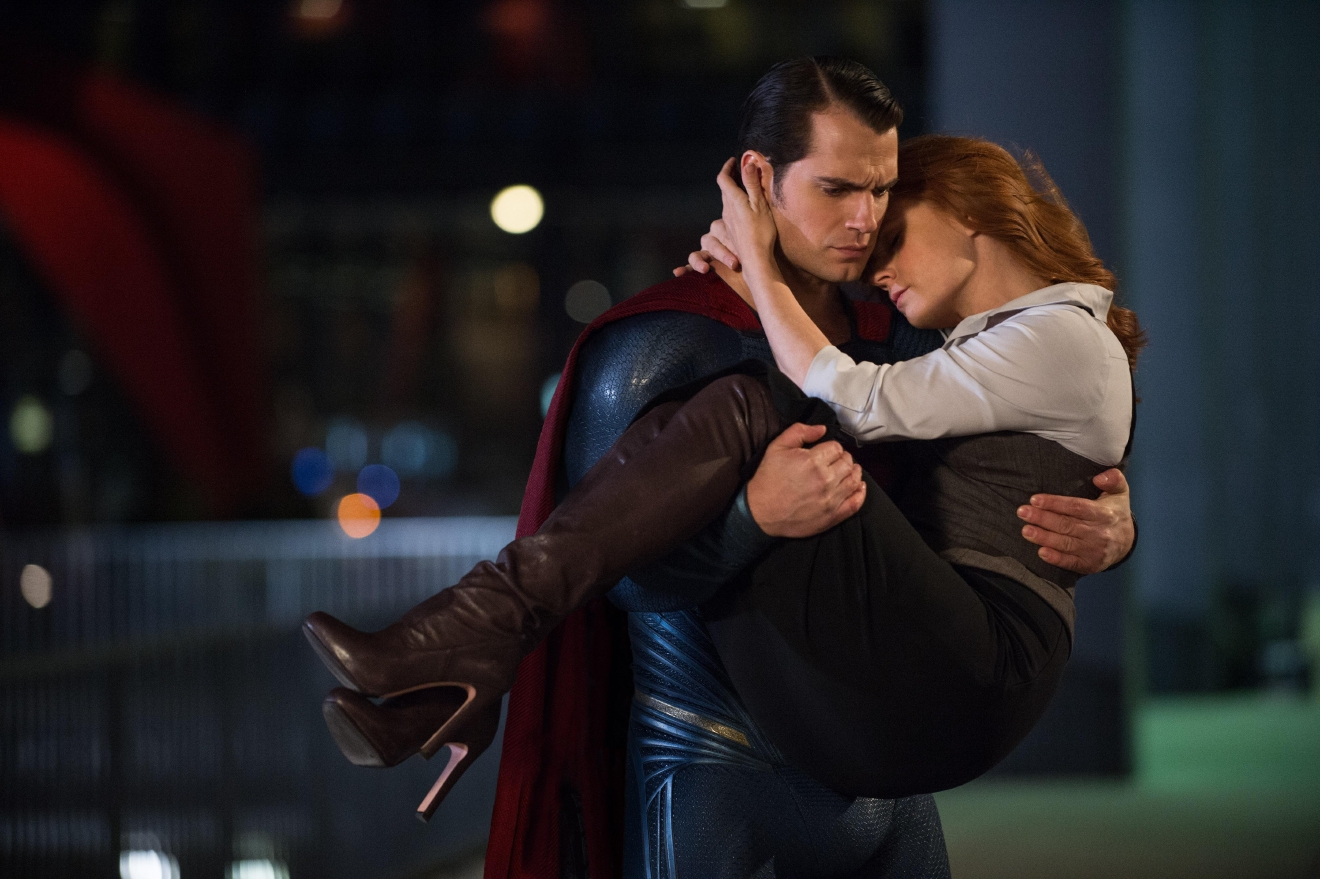 Lois Lane and trouble have a correlation of one. It’s like she hunts trouble. She keeps Superman busy than the actual villain. It’s just bad writing when you use Lois to move the plot forward. Sending her to interview militants just so she could be attacked and rescued by Superman leading to a lawsuit is just lazy writing. Okay. However cool the action sequences were, a murderous Batman just polarized the fans and DCEU would have been better off without drawing this kind of attention and going with a milder version of the character. Personally, I was fine with him killing and some source material has also had him pull the trigger in the past. 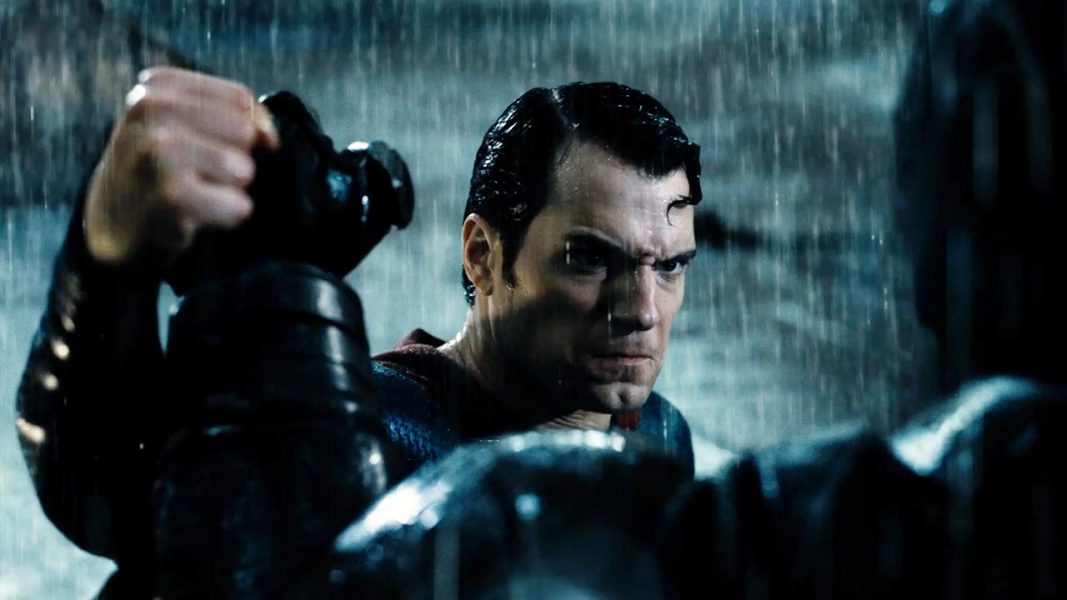 Superman is supposed to contrast the brooding Batman by being a symbol of hope and optimism. But ‘Man of Steel’ showed Supes as an eternally sulking and grim character. With the viewers getting more and more used to humor in superhero flicks (thanks to MCU), they could have worked up a more fun version of Superman at least. But they are working on this and lightening the dark theme of their upcoming films.

The first two trailers of ‘BvS’ were amazing. They generated enough buzz and hype for everyone to save the dates for watching it as soon as it released. But when they showed Doomsday in the last trailer, they spoilt the fun. Fans now knew what to expect and there was merely any surprise element left in the film. When Jared Leto was signed for the role of The Joker, fans were curious beyond the limit. His portrayal looked rather promising in the trailers and we almost thought he’d pull it off. Some even started comparing his and Ledger’s version. But ‘Suicide Squad’ had so little of him that we have not yet been able to actually comment on his version. This would have been a perfect opportunity for DCEU to test their choice.

It’s villains are probably the biggest competitive advantage that DC has over Marvel. So DCEU really needs to focus more on how they want to present their antagonists. Let’s not talk about ‘Suicide Squad’ for now. But in the remaining three films, Zoe was probably the best villain. Luthor was just a bad casting choice and a worse portrayal. But Ares and Doomsday were really underwhelming. CGI villains don’t seem good enough for these movies and should be used only when required. The CGI could have been worked upon in case of Doomsday and lessened in case of Ares.

3. Extreme Focus on Setting Up the DCEU 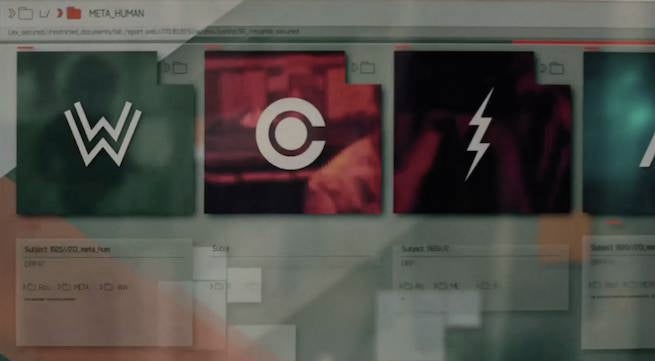 ‘Man of Steel’ was free from the burden of setting up a league, a privilege that ‘BvS’ didn’t really have. In over two and a half hours, Snyder had to introduce about 4 characters and a future plot through dream sequences and found footages. The whole sequence just slowed things down and the audience’s got lost midway. There could have been a better way of introducing the league. They were just too eager to present the fact that we’ll be seeing a lot more in the coming flicks. This is a sin that even Marvel is guilty of. Modern superhero films go all out in mass destruction demolishing entire inhabited cities and killing millions (to save billions, sure). So when Metropolis was completely destroyed in ‘Man of Steel’, fans thought it looked a little too much and Snyder repeated the same mistake in ‘BvS’. ‘Wonder Woman’ didn’t have this problem because most of the action was set in a war zone. Hence, they need to work on the setting before filming these scenes of mass destruction. 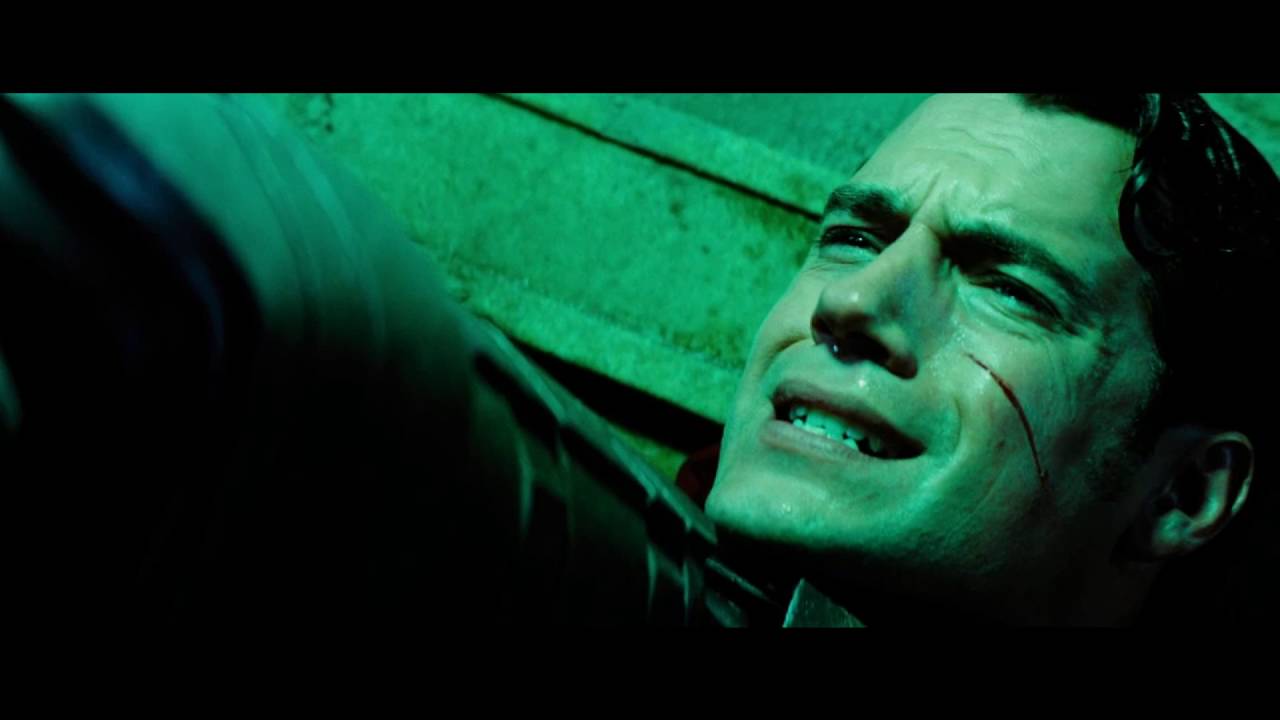 ‘BvS’ was panned for a lot of reasons. And among the more prominent ones was the climax of the short battle between Supes and Bats. Amid the high-intensity fight sequence, Batman is about to kill Superman for good before Superman screams his mother’s name out of nowhere and coincidently, it is the same as Bruce Wayne’s mother’s name. Now, they wanted to show Batman realizing that Superman is just as vulnerable and humane as any other man and  he had been wrong about him all this time by taking him for a heartless alien. But the result was an illogically sappy end to an intense fight. Just out of place and unnecessary.