Plot holes in movies are more common than you might think. And when the focus is more on the visual effects than the story, the film becomes even more susceptible to plot holes. That’s why almost all superhero films are riddled with plot holes; including even The Dark Knight trilogy. Today, we decided to look into all the Avengers movies and dig out the very obvious and apparent mistakes in the storytelling. Let’s look at the list of biggest plot holes in the Avengers movies.

15. Starlord is ‘Hooked on a Feeling’ 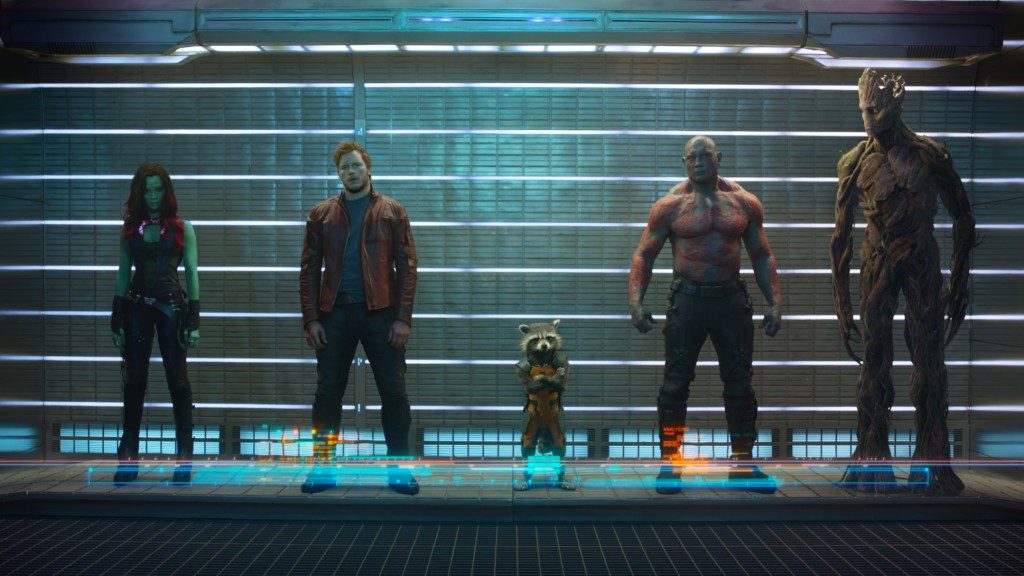 This is kind of funny actually. Starlord or Peter Quill as we know was abducted by some aliens in the start of ‘Guardians of the Galaxy’ (2014). He had a cassette player and a tape in his hand when that happened. How he managed to keep that in pristine and running condition when they never returned to Earth after his abduction is quite fishy if you ask me. I mean where does he even get the batteries? This is a common theme in the Avengers movies. No explanation for things like these. 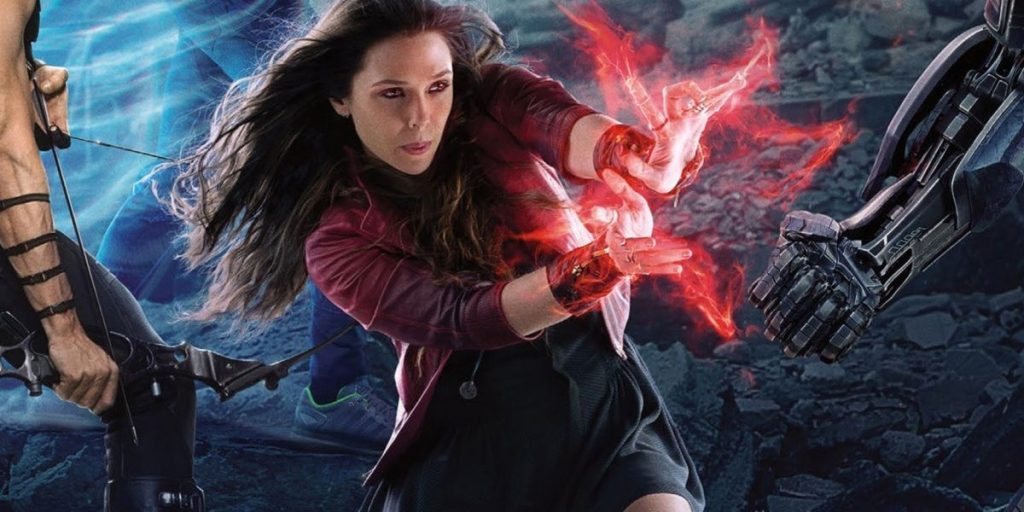 When the character of Scarlet Witch or Wanda Maximoff was introduced in ‘Avengers: Age of Ultron’ (2015), we were given a very brief and vague introduction about her past. The audience didn’t and still doesn’t get what exactly are her powers. She can use telekinesis to pick up minions of Ultron and smash them together. But she explains in a scene that she takes people’s fears and molds them against them. So what exactly is it? Is it mind control or something else? It’s pretty convenient though. 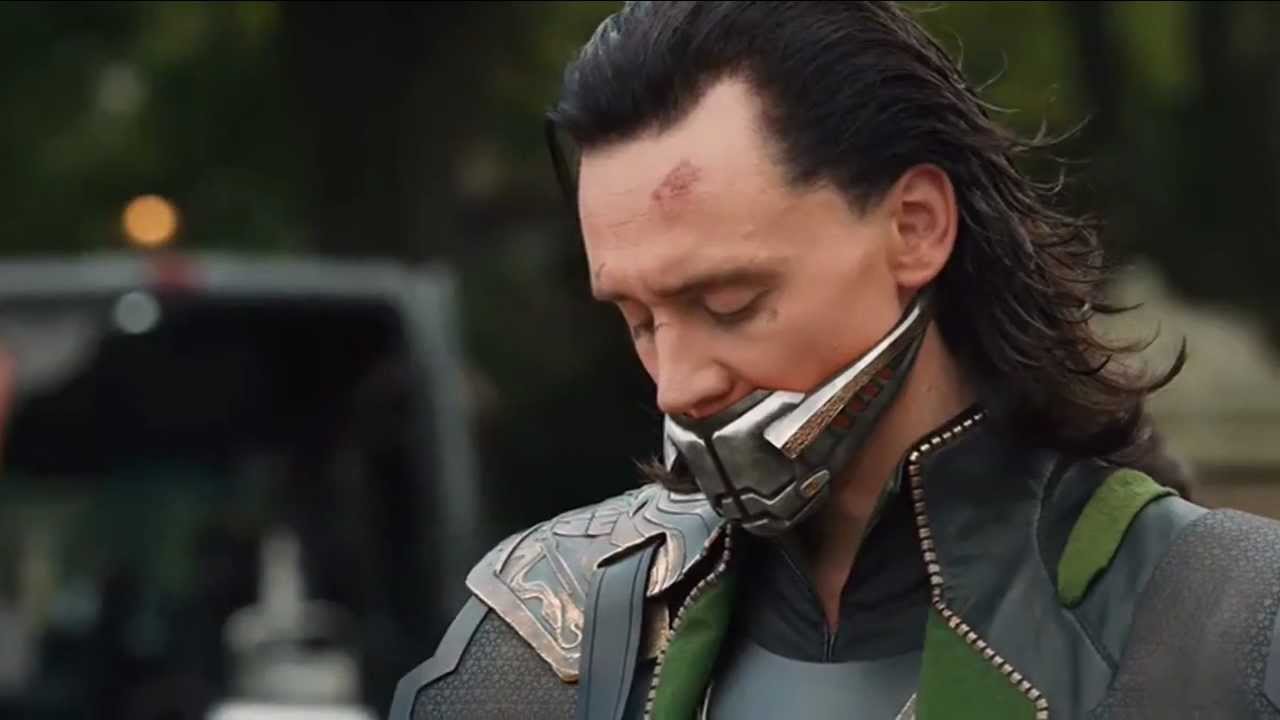 For someone who is centuries old and considered a god, you’d expect Thor to do better than to leave evidence behind on a crime scene. At the end of ‘The Avengers’ (2012), Thor leaves with his captive brother Loki for Asgard, without once checking up on the scepter that caused all the mess in the first place. I mean was he leaving trophies or just forgot about it? Can someone explain? 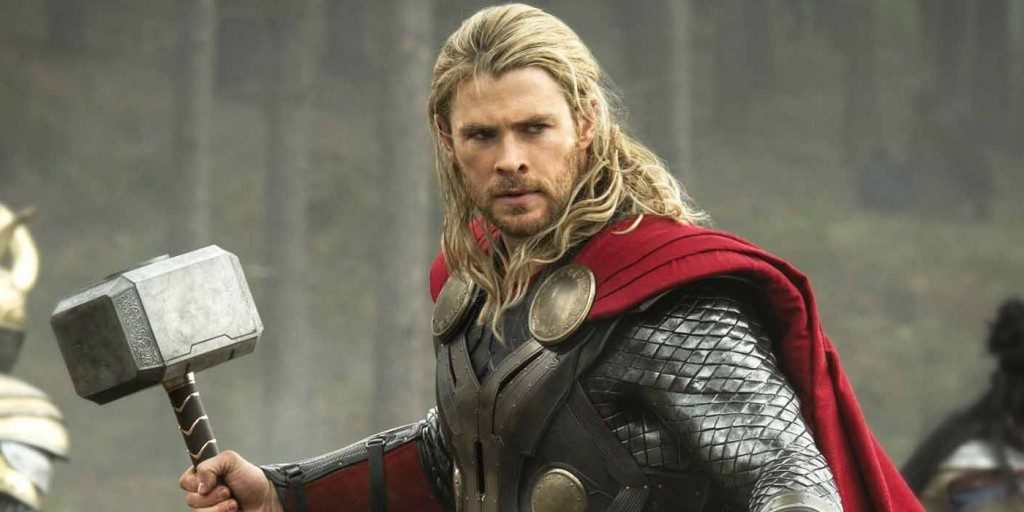 Speaking of Thor, he seems to be quite popular in this plot holes stuff. Another instance presents itself from the movies ‘Thor’ and ‘The Avengers’. We all know that the Rainbow Bridge that connected Asgard to the other realms including Earth had been destroyed at the end of the movie ‘Thor’. So there was no practical way for Thor to travel to Earth. Yet he flew into the action as soon as Loki was captured in the beginning of ‘The Avengers.’ How did he do that? It’s never explained how or using which power did he reach Earth when according to every source the only way of entering and leaving Asgard was the Bridge. Well, unless you’re Loki.

James Spader as Ultron I reckon is one of the most formidable villains as far as the Avengers movies go. One thing which is strange though is that Ultron inspite of having complete control of the Stark Tower, the minions, and perhaps the entire Stark fleet just left to construct a new army. He wasted time in gathering Vibranium and making an indestructible bomb with it when he could’ve just used the Internet to spread mayhem across the world and keep the Avengers torn among the various catastrophes. Amidst that confusion he could’ve easily taken his revenge and made the humans extinct. 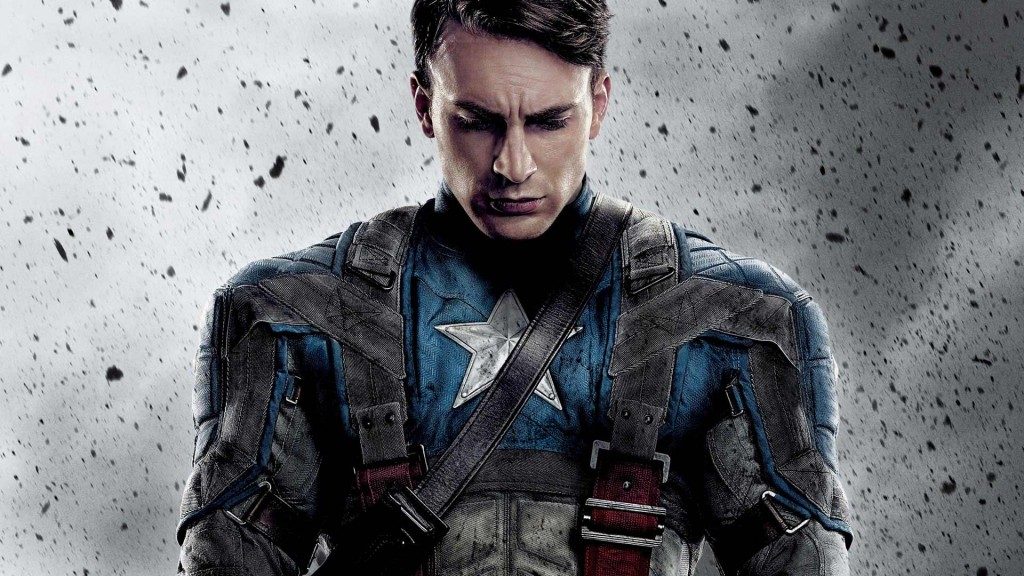 At the end of ‘Captain America: The First Avenger’ (2011) the ship Captain was in crashes, and we all assume he’s dead. But surprise he was not dead, he was sleeping. Okay but how? We are never told the particular technology behind this suspended animation of Captain America as well as Winter Soldier. How was it developed and by whom? I know it has something to do with them being on superhuman steroids but what exactly? 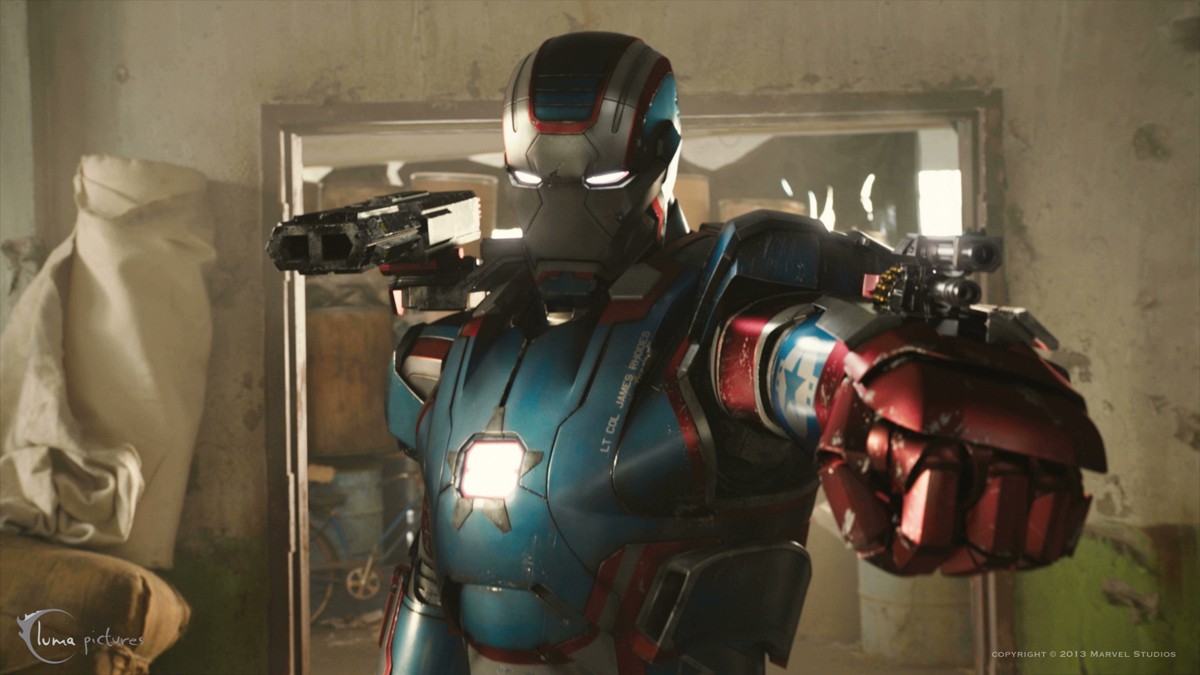 In the climax of ‘Iron Man 3’ (2013), you see that the President has been hung in the Iron Patriot suit. The suit is not functional, and Iron Man doesn’t even bother establishing contact with it or jump starting it to transport the President away safely. However when President is rescued Rhodey wears the same suit and flies away. When was it repaired? What was wrong in the first place?

8. One Coke & an Infinity Stone please… 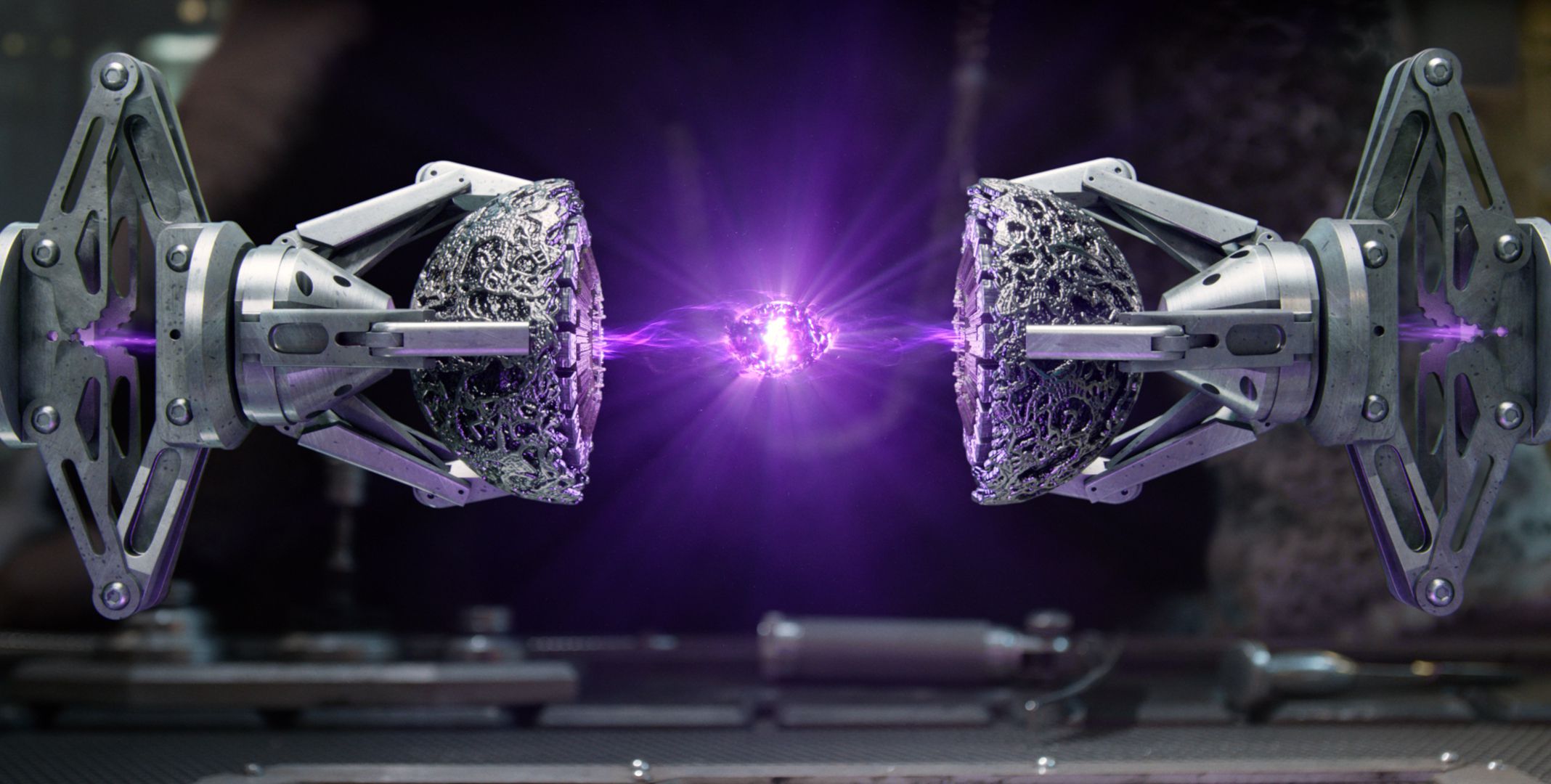 This seems like a possibility when you watch ‘Guardians of the Galaxy’ (2014). The seventh installment in the Avengers movie timeline, this movie introduces the audience to a vastly different segment of the Marvel Cinematic Universe. It does a lot to open up the all-permeating galactic plotline we’ll witness in the Infinity Wars. One peculiar thing, however, is the location of the Power Stone. Being an Infinity Stone, something a Titan like Thanos is interested in, you would expect security of literally astronomical levels to prevent it from ending up into the wrong hands. Nope. Whoever has a spaceship and a cool spacesuit, please pick it up and leave. No worries.

At the start of the movie ‘Iron Man 3’ Tony Stark openly challenges Mandarin on national television. What follows is the destruction of his house and not so subtle mayhem in his life. While I appreciate the Odyssey like journey Tony undergoes to reclaim his pride, I can’t help but wonder why he didn’t initiate the infamous ‘House party Protocol’ when his house was attacked. I’m pretty sure three helicopters could’ve easily been handled by 42 or so Iron Man suits. Are we missing something here?

Okay Thanos, I know you are called the Mad Titan. But in my opinion, you got to be pretty mad considering you just happily gave away a full-fledged Infinity Stone when you gave the scepter to Loki. I know conquering Earth and the Tesseract thereof would have led you to have more Infinity Stones than you had. But considering Loki didn’t use it other than as a cool mind-altering gadget I don’t see how it was significant in the war fought in ‘The Avengers’ (2012). If you didn’t know however that the scepter contained an Infinity Stone, I think you should retire.

“Dormammu, I’ve come to bargain”. This dialogue has to be one of the most popular ones of the Avengers movies. One thing that we as the audience didn’t get however was how could there exist a time-loop in the Dark dimension, a place which is beyond time. How can you conjure up time in its entirety in a place which is impervious to time? One argument can be made that Dr. Strange brought with himself the power of time to the Dark Dimension but that is shaky and incomplete at best. This needs explanation. 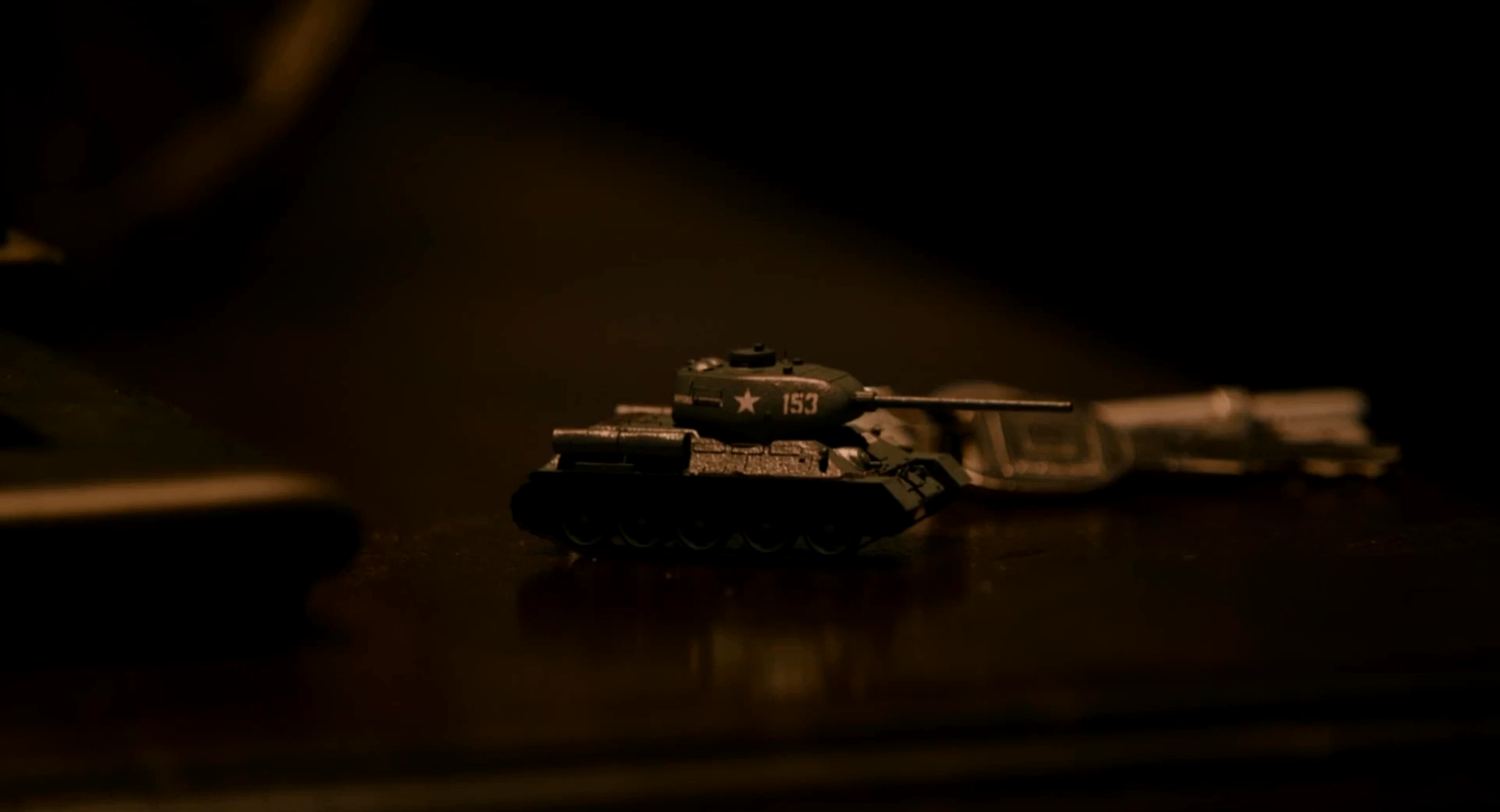 I’m not an expert, but I’m pretty sure a tank weighs around 100 tons. In the film ‘Ant Man’ (2015), however, that doesn’t seem to be the case. A fringe movie as far as the Avengers plotline is concerned, ‘Ant Man’ had quite a few plotholes. Biggest of them, however, was the science behind the shrinking technology developed by Hank Pym. If the density of something increases and its volume decreases when it shrinks, shouldn’t the mass increase or atleast stay the same? Still, when Hank Pym takes out a tank from his pocket in the climax of ‘Ant Man’ the tank seems as light as a toy. Science is calling you out Hank.

3. Why is Vision Worthy?

You might remember the scene in ‘Avengers: Age of Ultron’ (2015) where Vision fresh out of an Incubation Chamber, just picks up Thor’s hammer like it’s nothing and hands it to him. Everybody was like Whaatttt? However cool the scene may be, it begs the question that how could Vision pick up the hammer when people like Captain America and Hulk couldn’t. I know the spell put on the hammer by Odin is quite confusing and open to interpretation. But how exactly is Vision worthy in the eyes of Mjolnir? Can the makers please explain?

2. What’s Wrong With You Zemo? 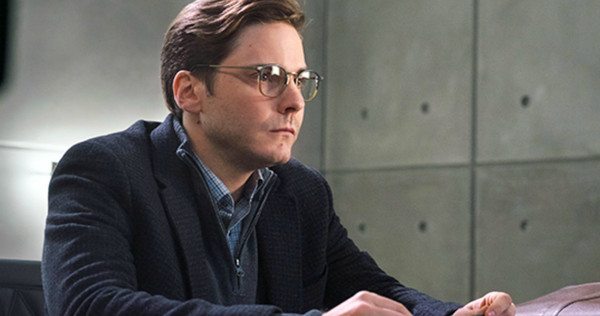 In ‘Captain America: Civil War’ (2016) -previous year’s addition to the Avengers movies- the character of Baron Zemo was introduced. However intimidating it might have been in comics and in the film, you can’t help but imagine why? What is the motive behind Zemo taking such a huge step to drive a rift between the Avengers? I agree his family was killed, but that’s circumstantial at best. He himself knows Avengers aren’t directly responsible for it. Still, he wages a war he can’t hope to win without any plot-backing whatsoever. Why?

This is perhaps the biggest plot hole ever in the Avengers movies. In ‘Iron Man 2’ (2010), when Tony is struggling with the adverse health effects of using Palladium he out of nowhere discovers a new element, which has the perfect atomic structure and chemical properties for his use. Back down a little. A new element? I know Tony is a genius but creating a new element? You don’t have to be a scientist to call this bluff. The atomic structure of the element if you notice resembles Fullerene, an allotrope of Carbon. What is it exactly and what are its properties is however never explained.