Where Was Bill and Ted Face the Music Filmed?

In 1987, Chris Matheson and Ed Solomon introduced two eccentric characters – Ted ‘’Theodore’’ Logan and Bill S. Preston, Esq. – in ‘Bill & Ted’s Excellent Adventure,’ who set out on a journey to rewrite history without knowing how to spell. The 1989 movie became a huge hit among the audiences, paving the way for the director Stephen Herek to come up with a sequel and threequel titled ‘Bill & Ted’s Bogus Journey’ and ‘Bill & Ted Face the Music’ respectively. In the third installment of the science fiction comedy, the now middle-aged metalhead slackers, Bill and Ted, learn that an apocalypse awaits them in the future.

The only thing that can stop it from happening is music, the music of the Wyld Stallyns. Therefore, they embark upon a thrilling time-traveling adventure to create a song that will save the universe and all the inhabitants of Earth. However, there’s a catch – the two lackadaisical losers have just 78 minutes to secure the future. So, to fulfill their mission, the twosome bands together with their daughters – Thea and Billie – along with their old friends, family members, and pop-culture musical icons. It is natural for fans of the iconic pop-culture characters to wonder: where was ‘Bill & Ted Face the Music’ filmed? Well, we are here to tell you exactly that!

Both Bill and Ted are San Dimas natives but none of the installments of the franchise was filmed in the area or the character’s alma mater, San Dimas High School. After the makers dropped that a third film is in the works, the actual San Dimas High School of Los Angeles, California, sent out a notice inviting the production department to film the movie on the high-school premises. However, it couldn’t come to fruition, as the production team set the base for the filming in Louisiana. Here’s the specific filming location of the time-traveling comedy movie!

The consolidated city-parish in south-eastern Louisiana served as the backdrop for the Keanu Reeves-Alex Winter starrer movie. Located along the Mississippi River, New Orleans has been touted as the “Hollywood South” because of its contribution to the film industry and in pop culture. Therefore, it was natural for the filming department to choose the Crescent City as the filming location. Initial production for the movie commenced on June 17, 2019, while the cast shooting began on July 1, 2019. 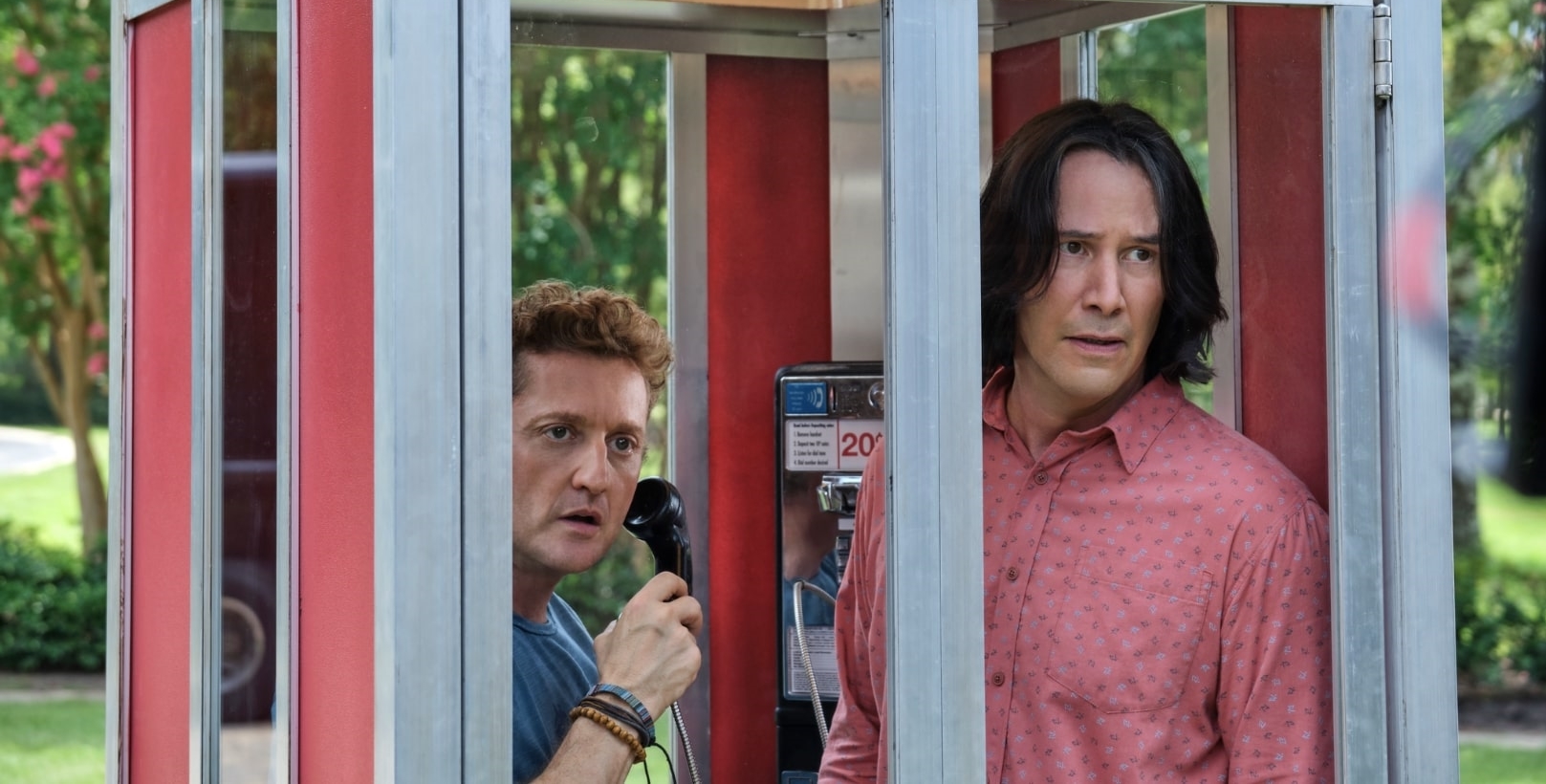 Alex Winter, who plays the co-lead Ted, shared a picture on his Instagram, from the first day of filming. Meanwhile, co-writer Ed Solomon shared a gratitude-filled post on twitter along with a video of the first shot. The tweet read: “Thank you so much to the fans of this movie. We literally could not have gotten this to happen without you.”

Thank you so much to the fans of this movie. We literally could not have gotten this to happen without you. pic.twitter.com/DOnFszRdTn

One of the film’s producers, Alex Lebovici, shared a behind-the-scenes picture of the crew at work on the set. In the caption of one of his posts, he wrote, “Unreal that I get to be making the threequel to one of my favorite films growing up.”

Week 3 in the books #Bill&Ted3

Alex also shared a picture from the time they were filming at the historic Saenger Theatre, located in downtown New Orleans. The atmospheric theatre has reserved a seat in the National Register of Historic Places.

The filming wrapped up on August 24, 2019. Ed Solomon announced the end of production on Twitter with a video featuring the cast and crew as they marked the wrap-up with a round of applause.

Along with that, he also shared a nostalgia-filled post that takes fans down the memory lane, straight to the final day of filming of the first installment ‘Bill & Ted’s Excellent Adventure.’ He captioned the picture as “Then… and now.”

Here’s another picture of the cast and crew enjoying dinner, a day before the commencement of the rehearsals.

‪I'm posting BTS shots from @BillandTed3 in the run up to the release this Friday. 4/6 is the cast and crew kickoff dinner in New Orleans the night before rehearsals began. That's our fearless leader Dean Parisot in the front left. Lots of cast in here if you can spot us!‬

Although we aren’t sure, it seems like either a scene or a song featuring Kid Cudi was filmed in the Hollywood area in California as he tweeted, “Yooo!! So look, im filming a scene in my new movie @BillAndTed3 this Monday late afternoon in the Hollywood area, and I want to see yall there! RSVP here if you want to be an extra,” on Feb 8, 2020.

Yooo!! So look, im filming a scene in my new movie @BillAndTed3 this Monday late afternoon in the Hollywood area, and I want to see yall there! RSVP here if you want to be an extra 🤗❤️🤘🏾: https://t.co/27MHFhi0XN