Where to Stream Bill and Ted’s Bogus Journey? 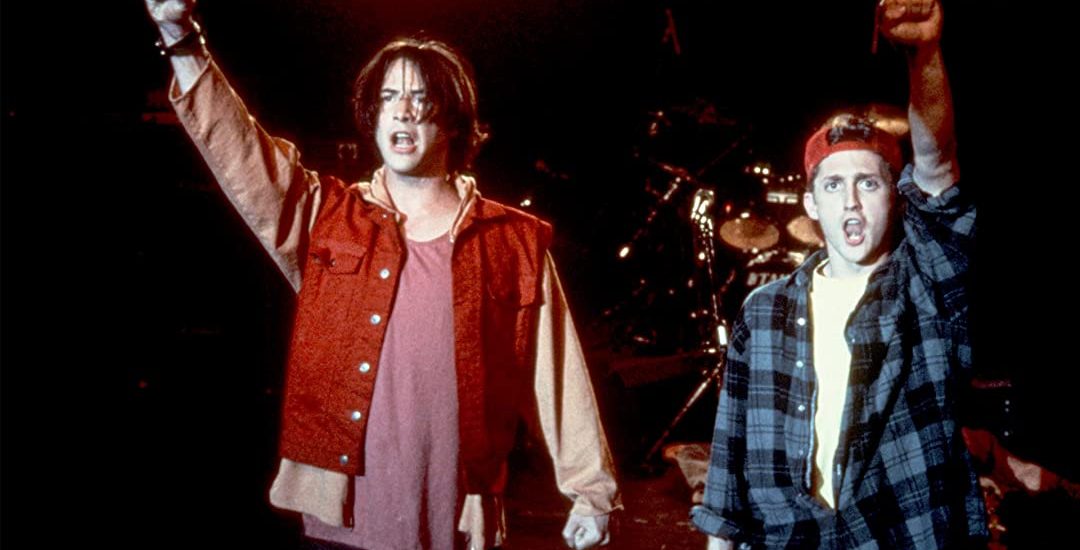 The second installation in the franchise, ‘Bill & Ted’s Bogus Journey,’ follows hot on the heels of the successful first movie. The 1991 film marks the feature directorial debut of Pete Hewitt, and was initially titled ‘Bill & Ted Go to Hell.’ The movie spoofs famous works like ‘The Seventh Seal’ and ended up gaining a cult following. The premise follows a tyrant from the future who creates evil android doubles of the titular characters and sends them to eliminate the originals. Curious to know where to stream the film? We’ve got you covered, right after walking you through the plot.

What is Bill & Ted’s Bogus Journey About?

De Nomolos, a villain from the future, pulls Bill and Ted into an adventure once again. He sends two robot duplicates to kill and replace the friends. The futuristic beings actually succeed in their mission, but Bill and Ted are determined to escape the afterlife. To that end, they challenge the Grim Reaper to a series of games. They intend to return to the land of the living.

Netflix is a preferred streaming site among most viewers. The platform maintains an excellent roster of films and shows, but ‘Bill & Ted’s Bogus Journey’ is not on the site. Instead, you can check out ‘When We First Met.’ Going back is not necessarily a bad thing, especially for the protagonist – who gets relegated to the friendzone by the girl of his dreams. He spends time wondering what went wrong, until he can revisit history and see the events unfurling that night, over and over again.

Hulu keeps making smart additions to the platform, so viewers are always satiated. ‘Bill & Ted’s Bogus Journey’ is not available for Hulu subscribers, but you can still stream ‘Back to Christmas.’ Going back in time and altering it are two very different things, as Ali learns. She split with her fiance over the holidays, though they were supposed to get married on New Year’s Eve. When Ali gets her second chance, Ali is determined to do things differently and avoid the mistakes of the past. However, things are not quite as simple as she feels.

Amazon Prime is known for sourcing content from around the world. Streamers are rarely dissatisfied with what’s offered. ‘Bill & Ted’s Bogus Journey’ is not on Prime, as is, but subscribers can buy or rent and watch the movie. Check it out here.

Where Can I Stream Bill & Ted’s Bogus Journey Online?

If you don’t have an Amazon Prime subscription, you need not worry. ‘Bill & Ted’s Bogus Journey’ is available on several platforms if you wish to buy or rent and watch it. Check the movie out on iTunes, YouTube, Google Play, FandangoNow, and Vudu.

Can I Stream Bill & Ted’s Bogus Journey Online For Free?

Sorry, but there is no way to stream ‘Bill & Ted’s Bogus Journey’ online for free. You have to pay to see it or wait for it to arrive on a platform with a trial period. On that note, we’d like to urge our readers to pay for the art they consume.

Read More: Where is Bill and Ted Face the Music Filmed?