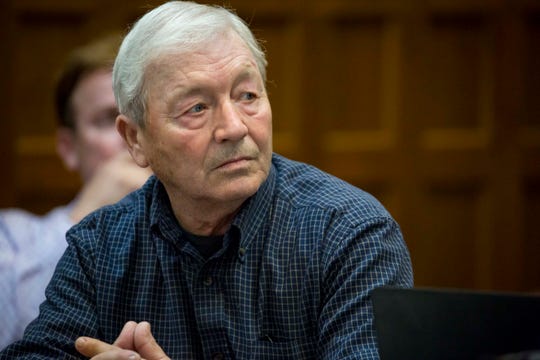 ‘Accused: Guilty or Innocent’ gives a renewed perspective to the Iowa cold case that occurred in 2015. The documentary series revisits the case in two parts. While the dust may seem to have settled, the case has not seen its ultimate justice as no one at present is convicted for the murder of Shirley Carter.

Who is Bill Carter?

Bill Carter is Shirley Carter’s husband. The two are believed to have lived quite happily in their Lacona home. Bill told the officers that he found out about his wife’s death through a call made by his daughter, Jana Lain. It was his son, Jason Carter, who first discovered the body. As the police officials took some time to reach the crime scene, Bill made it there before them. He found her lying in a pool of her own blood, with her arms folded across her chest. He said, “ It looked like she was sleeping.”

Bill Carter reportedly grew frustrated with the lack of new leads in the case. He had even provided bullets from his rifle, which matched the ones found in Shirley’s body. The weapon used for the murder was missing. He was visibly agitated at the manner in which the police detectives were pursuing the case. According to him, they had told him about three times that they were on the verge of arresting the killer but never did. To put pressure on law enforcement, he hired his own private investigator and a lawyer, spending almost $ 160, 000 in the process.

The information obtained in the investigation led to Bill Carter filing a wrongful death lawsuit against his son, Jason Carter. He alleged that his son used the rifle from their basement to kill his mother. To add to it, he also alleged that Jason had financial difficulties. As he was entitled to over $ 4 million worth of land, it was claimed that he did it to earn the money. On top of it, Bill said that Shirley had learned about his extramarital affair with Tara Kauzlarich, which could have been the cause for another dispute, especially if she threatened to cut him out of the will. In 2017, a Marion County jury believed Bill Carter’s side of the story and decided that Jason Carter should pay $ 10 million to his mother’s estate. In a press conference after that, Bill Carter said that while he loves his son, he can’t really forgive him.

In 2019, Jason Carter was found not guilty for the murder of his mother. While giving his testimony for the trial, Bill Carter said, “ They say your life can change in an instant, and it did.”

Where is Bill Carter Now?

In December 2019, Jason Carter filed a lawsuit against both the Marion County police detectives and Bill Carter for violating his constitutional rights. After the criminal case verdict, Bill Carter was reported to live in his home in Iowa. He does the same work and is trying to find some normalcy in his life. In a report that came after the verdict, he stated that in total, he had tried to kill himself over six times, unable to cope with the grief. Even though he sees a therapist, he said his pain is constant.

The father and son, still cross paths occasionally, living in the same town. In an interview, he said, “ The worst time is when I wake up in the morning, and I reach across the bed, and she’s not there.” (Feature Image Credit:Desmoinesregister.com)