Everything We Know About DC’s Birds of Prey

They had us in the first half, not going to lie. Most of you would have walked into the theatres this weekend to catch the murderous clown, Pennywise, get to it one last time, and the losers squaring off against him. WB, however, slipped in a tiny surprise for its unassuming audience in the form of a teaser for the next DC film due after ‘Joker’ is done filling its kitty with awards, and ‘Wonder Woman 1984’ comes in next summer. The teaser opens like one would expect ‘It: Chapter 2’ to open, with a darkly coloured, nefarious looking sky outlining the WB logo and Pennywise’s floating red balloons. This is immediately followed by a logo of DC appearing while you know something seems different, and a clown like figure is seen walking from the shadows.

Surprise, surprise! The clown figure is actually Harley Quinn, and right after smashing the balloons with her wooden mallet, her very first line is this: “I’m so f**kin’ over clowns”, obviously alluding directly to the Joker and the rough stint she’s had with him in 2016’s ‘Suicide Squad’, and indirectly to the other clown that’s become WB’s golden property, Pennywise. What follows is a quick 30-second teaser of the film, and I have to tell you, it looks pretty R-rated. So, let’s dep dive into everything we know about ‘Birds of Prey and The Fabulous Emancipation of One Harley Quinn’. Yeah, that’s the complete title.

Birds of Prey Plot: What Is It About? 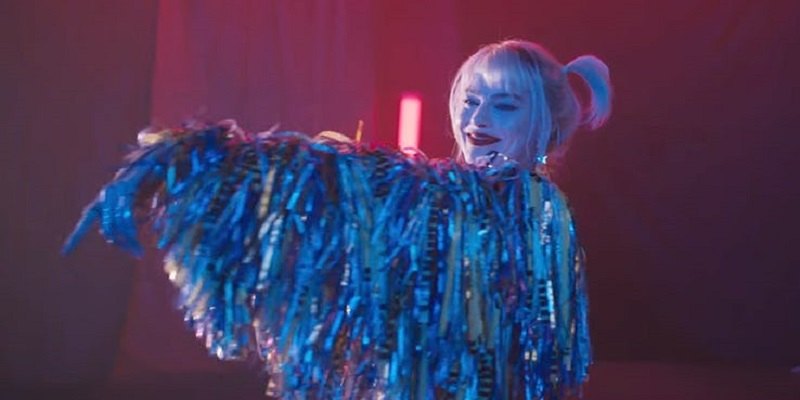 Maybe, just maybe, the folks over at DC realised that the best way to go about it was to actually embrace the darkness within; given ‘Joker’ and ‘Birds of Prey’, both stories primarily based on villains are the next major releases from the studio. But then again, I see ‘Shazam!’ and I am still pretty confused about the overall tone they want to take with upcoming DC films, going ahead. While that question remains, the 30-second teaser gives broadly the same vibes as ‘Suicide Squad’ back in 2016, a film that’s better left there, but there definitely are a few things that clicked about that movie, things that can be taken forward.

The DCEU is in the midst of a state of flux right now, where we will see spin-offs and soft reboots galore, in an effort to see what sticks and what doesn’t. Likewise, the makers seem to be sure that there had to be a spiritual successor to ‘Suicide Squad’ in the universe; so between a rumoured ‘Gotham City Sirens’, a Harley Joker spinoff, a second Suicide Squad film (that will be happening, directed by James Gunn and with a completely new cast, but is still pretty early in development) and this one, ‘Birds of Prey’ emerged victorious, along with of course, the upcoming ‘Joker’ film that’s set in its own universe and will serve as a prequel/origins spin-off movie. It’s a confusing dynamic, I get it, but the way I see it is that we are now getting films that we never would have if the DCEU’s original plan succeeded. Glass half-full.

Moving from a macro lens to a micro one, here is the official synopsis of the film for you to ponder: “Four years after the events of Suicide Squad, Batman has disappeared, leaving Gotham City unprotected from crime, and Harley Quinn has left the Joker. When Cassandra Cain, a young girl, comes across a diamond belonging to crime lord Black Mask, Harley joins forces with Black Canary, Huntress and Renee Montoya to help protect her.” Temporally, this fits well since the gap between ‘Suicide Squad’ and this movie is also roughly the same — four years. What’s more is that Harley seems to have moved on from her Stockholm Syndrome-driven love for the clown prince of crime, and Batman seems to be absent from the scene after the events of ‘Justice League’, his last DCEU appearance. Of course, Ben Affleck is unfortunately permanently off the scene for now, so I am still in the dark as to how this façade is maintained in upcoming films in the same universe. Ditto for Superman.

The Fabulous Emancipation of One Harley Quinn Harley Quinn spent the majority of ‘Suicide Squad’, her live action film debut, being hung up on the Joker, who clearly had an on again-off again kind of relationship with Quinn. The first movie ended with the Joker busting her out of prison and the two possibly reconciling, but in the four years that have passed, it is clear that Quinn clearly has moved on and truly come into her own. Whether it is a woman or as a seasoned psychopathic criminal is yet to be seen. What’s peculiar though is that Quinn has never been a part of the core team of Birds of Prey, especially since the team primarily comprises of superheroines, with the rare exception of Poison Ivy on an instant or two. The title would thus make a lot of sense, since then the film could become the story of Quinn working with the team as an unlikely ally even if she is not a part of it, thus leading to her emancipation.

For any film set in the Batverse, including this one, Gotham has been a living breathing character in and of itself. With the synopsis stating that the Bat has been missing in action for some time, (although it is still difficult to explain why the Joker isn’t there either) Gotham is in peril, with crime and corruption running rampant through its streets. Enter Roman Sionis, a crime lord and owner of Janus Corporation, who I believe will be showcased in his pre-Black Mask phase, with the film possibly ending on that note, or taking it up in a post credits scene. They maybe saving his look for the film, but a total absence of Black Mask in the teaser too alludes to the same fact. Sionis is now after Cassandra Cain, who has her own mythos in the DC comics universe, later even taking up the mantle of Batgirl, and the primary Birds of Prey, Black Canary, Huntress and Renee Montoya coming to her aid, being joined by Harley Quinn, completing the girl gang.

Birds of Prey Cast: Who Is In It?

The ‘Suicide Squad’ film may not have been everything that the studio and makers hoped for. Ah, let’s just accept that it was a bad movie, with a major misstep every ten minutes or so. However, as I said before, what seemed to work for the movie was the neon-tainted pop fueled trailers and marketing, and the bang on cast, of which Will Smith as Deadshot and Margot Robbie as Harley Quinn were chief findings. It was clear that WB and DC wanted to hang on to both, and I believe this film is the very product of that desire to have more of Harley Quinn in the movies, since frankly, Robbie was too good in her role to be plainly written off due to one bad film where she wasn’t even the problem to begin with.

So, here we are with Robbie headlining the film as the Harley Quinn with a bit of hairdo, being joined by Jurnee Smollett-Bell as Black Canary, Mary Elizabeth Winstead as Helena Bertinelli/Huntress, Ella Jay Basco as Cassandra Cain, Rosie Perez as Renee Montoya, Chris Messina as Victor Zsasz and Ewan McGregor as Roman Sionis/ Black Mask. Ali Wong too has been cast in a yet undisclosed role.

Birds of Prey Crew: Who Is Behind It?

Not just WB, but Robbie herself was keen on reprising the role again, as a result of which Robbie pitched the film to WB in 2015 as “an R-rated girl gang film including Harley, because I was like, ‘Harley needs friends.’ Harley loves interacting with people, so don’t ever make her do a standalone film”. That came to fruition with WB finally being sold and greenlighting the project with her in the lead. Robbie will also be serving as producer on the film and has been actively involved in all facets of development. Cathy Yan will be serving as the director of the film, becoming the first female Asian director to work on a superhero film. The script of the film has been penned by British screenwriter Christina Hodson.

Birds of Prey Release Date: When Will It Premiere?

‘Birds of Prey and The Fabulous Emancipation of One Harley Quinn’ is all set to hit theatres on February 7, 2020.