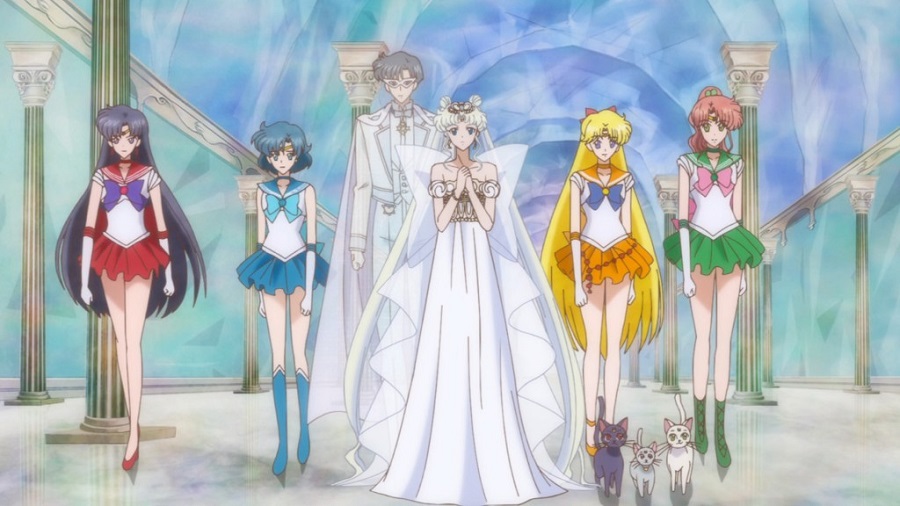 ‘Bishoujo Senshi Sailor Moon’ is one of those shows of the early 90s that introduced the world to Japanese animation. If you compare it with the anime of today, its animation quality and style would seem too primitive. Even so, there is something about its storyline and characters that will never lose its charm.

Undeniably, no other anime of that time would have been able to create the impact that it had all over the world. So, if you’re tired of looking at modern anime shows that focus a bit too much on fan service and have shallow storylines, you might want to give this classic a try. And if you’re wondering if it will ever return with another season, read on further.

‘Bishoujo Senshi Sailor Moon’ first premiered on March 7, 1992 and even won the Animage’s Anime Grand Prix Award in the same year. It then went on for the next five years and with a total of five seasons, it ended on February 8, 1997. Now considering how old the anime is, for obvious reasons, it seems very less likely that Toei Animation would ever consider creating a sequel of it. However, since the anime was so popular back in the day, the creators of the series might consider it for a remake in the future.

The good news for all ‘Sailor Moon’ fans is that the anime franchise will be returning to the big screens with a brand-new film in 2020. The film is titled ‘Sailor Moon Eternal’ and is slated for a release on September 11, 2020. And when it comes to the main anime series, if we get any news regarding ‘Bishoujo Senshi Sailor Moon’ season 6, we will update it here in this section. You can also check out our preview of ‘Sailor Moon Crystal’ Season 4 to know more about other prospects of the franchise.

‘Bishoujo Senshi Sailor Moon’ revolves around a girl named Usagi Tsukino who is a below-average student at school. She is also a crybaby and nothing great ever happens in her life. But one day, when she saves the life of a cat that has a crescent-shaped moon on its head, her life turns upside down. Later, to her surprise, the cat reveals that its real name is Luna and her meeting with Usagi is no coincidence. The cat tells her that she has been destined to become a Sailor Moon and now it’s her responsibility to protect Earth.

She then gets a special brooch that gives her incredible abilities. She is expected to use her new-found powers to save her city from nefarious monsters that have been sent by Queen Beryl of the Dark Kingdom. While she tries to get used to her new abilities and lifestyle, she must also find other Sailor Moons to protect the Earth from evil forces.

Usagi is one of the main characters of the series, who actually belongs to a civilization on the moon known as the Moon Kingdom. She was later reborn on Earth and became the leader of the Sailor Senshi. In her normal civilian appearance, she has blue eyes and long blond hair. For the most part, she is seen in a blue sailor uniform. When she turns into a Sailor Guardian, although her facial features still remain the same, her outfit changes completely. In this form, she also wears a tiara on her head and sports gold earrings consisting of stars with a crescent moon beneath.

In the beginning of the series, she comes off as a cry baby who gives in to her emotions a bit too easily. But later on, she becomes more optimistic about her future and also takes on all the responsibilities that are given to her. With unwavering hope, she protects her planet from evil forces.

Minako is another main character of the ‘Sailor Moon’ series, who is the present incarnation of Sailor Venus. Just like Usagi, she has blue eyes and long blond hair. Unlike almost all the other characters, she does not go through much of a transformation when it comes to her appearance. Her family name begins with a character which means “Love.” This indicates her links with the planet of Venus, as Venus was also the name of the Roman Goddess of love. Her entire name can be translated to “Beautiful Child of Love.”