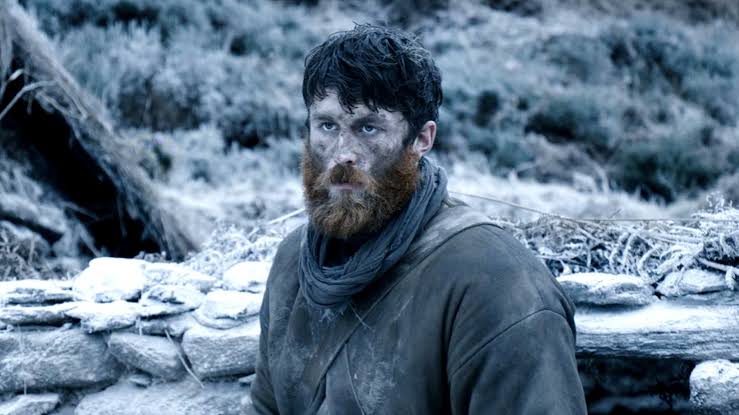 Directed by Lance Daly, ‘Black ’47’ is a revenge drama set in 19th century Ireland. In ‘Black ’47’, circa 1847, an Irish Ranger, Martin Feeney, serving in the British Army abroad, returns home to find his family at death’s door. Feeney embarks on a rampage of mayhem and murder of those who have wronged him and his slain family. Hannah, a disgraced British army veteran, is tasked with capturing Feeney, even as a famine rages in the background. Curious to know whether ‘Black ’47’ is inspired by true events? We have got your back!

No, ‘Black ’47’ is not based on a true story. It does, however, use the Irish Famine of 1845-1850 as a poignant backdrop. Interestingly, never before has a depiction of the Irish Famine been showcased on the big screen. Daly sourced old records and eye-witness accounts to reconstruct a historically accurate portrait of life in 1847. In modern times, Ireland’s colonial relationship with Britain has been whitewashed to a great extent. With ‘Black ’47,’ director Daly attempts to revisit, with authenticity and integrity, the famine that swept through Ireland between 1845 and 1850.

Daly was particularly eager to depict the systemic oppression of the Irish people but was less keen on portraying the individual moralities of the oppressors. Considered the worst social calamity to ever hit Ireland, the famine saw a staggering death toll of 1 million people. The Irish population, which had witnessed copious amounts of growth in the years preceding the famine, dwindled to 6.6 million by 1851. The famine reached its most severe level in the year 1847, exacerbated by a lackluster potato harvest.

So debilitating and harrowing was the famine of 1847 that the year came to be called the grim Black 47 – hence the title of the Daly movie. The famine took root in 1845, and it was instigated mostly by a potato blight. At the time, three million Irish people considered the potato a prime component of their diet. At the same time, a further million and a half landless laborers were completely dependent on the potato harvest. The casualties were vast, and relief measures were few and far between.

Scholars maintain that the British government refused to let dying countrymen stand in the way of what they considered to be supreme market forces. To British politicians, a laissez-faire (free market) economy would not be undermined, even in times of famine. On account of this, all British relief measures fell drastically short. And since history is infused in every other scene and dialogue of ‘Black ’47’, the movie illustrates the plight of the Irish artfully with scenes of food grains being exported by the British out of Ireland.

Many of those in the upper echelons of British society viewed the Irish Famine as an act of Divine Providence. To them, the famine was a form of penance to be paid by the Irish to repent for their unrestricted population growth over the past decade. One of them was Sir Charles Trevelyan, a colonial administrator and civil servant who once wrote to an Irish peer, “The judgment of God sent the calamity to teach the Irish a lesson.” Daly seemingly modeled the cartoonish Lord Kilmichael in ‘Black ’47’ on Trevelyan.

Our protagonist sees Kilmichael as his archnemesis and believes that the death of his family is Kilmichael’s undoing. Other members of British society held the (comparatively) less radical view that the potato blight was a divine means of reining in population growth among Ireland’s lower classes. Some even regarded the native Irish as barbaric and savage – a view often held by settlers of those times. Daly showcases this thorough characterization. The character of Captain Pope in ‘Black ’47’ lays bare his prejudiced and bigoted views about the Irish time and again.

Others exploited the plight of the Irish people, and Souperism, a phenomenon that took root, especially during the Famine, was one such means of exploitation propagated by Protestant Bible societies. The societies would attempt to convert Irish Roman Catholics by offering them soup. Daly makes sure to portray this in ‘Black ’47’ too. The movie features scenes of proselytizers proffering broth to the hungry Irish people on the condition that they convert to the Protestant religion.