Where To Stream Black Box? 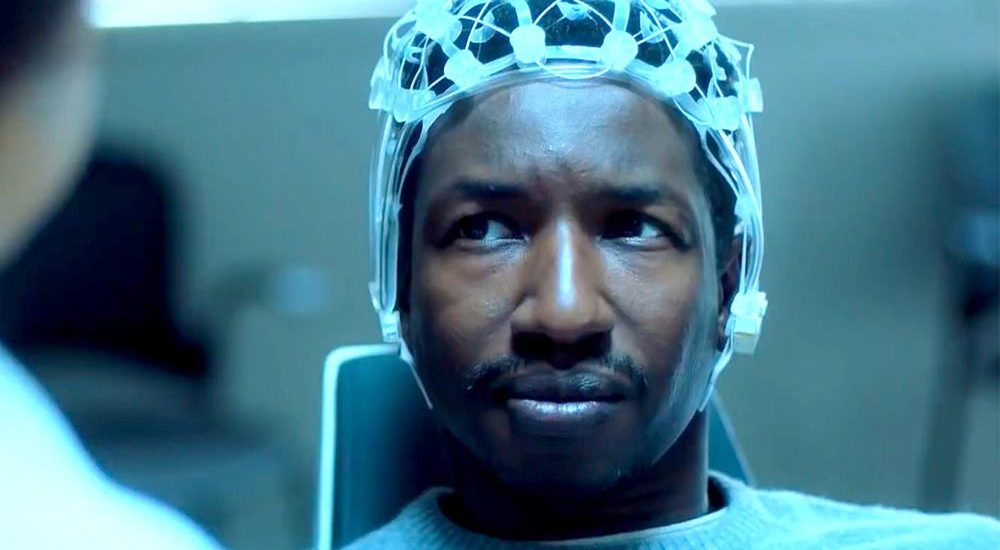 ‘Black Box’ is a sci-fi horror/thriller film that is the directorial debut of Emmanuel Osei-Kuffour Jr. in the feature films category. It follows the mind-bending story of an amnesiac widower who is desperately trying to remember his forgotten past. With Wade Allen-Marcus and Stephen Herman as the writers, the Blumhouse production stars Mamoudou Athie, Phylicia Rashad, Amanda Christine, Tosin Morohunfola, and Troy James in key roles. It has received favorable reviews, and fans of the psychological thriller genre are sure to like ‘Black Box.’ If you’re curious to know what the movie is all about and where you can stream it online, you’ve come to the right place. We’ve got you covered.

What is Black Box About?

Nolan (Athie) is a photographer who has lost his memories and his beloved wife in a horribly tragic road accident. He now constantly looks at photo albums and home-made family videos in an attempt to jog his memories. Nolan’s doctor friend advises him to see Dr. Lilian Brooks (Rashad), who is into alternate experimental treatments. She tries to trigger Nolan’s memory by plugging his head to a black box device that hypnotizes Nolan and he is able to access his memories in a virtual headspace.

Only his memories turn out to be super creepy, marked with the sinister and malevolent presence of “The Backwards Man” (contortionist Troy James, who needs no VFX assistance to bend his body in crazy ways, that is reminiscent of Linda Blair’s spider walk scene from ‘The Exorcist’). Things continue to get murkier as Nolan is shown memories of things and places completely unknown and yet somehow familiar until it gets to the point where there is no clear distinction between reality and hallucinations. Let’s find out where viewers can stream ‘Black Box.’

Is Black Box on Netflix?

‘Black Box’ is not on the streaming roster of Netflix, but a similar film that viewers can stream is ‘The Cloverfield Paradox‘.

Is Black Box on Hulu?

Unfortunately, ‘Black Box’ is not part of the streaming subscription of Hulu. But for fans of horror/thriller, another good watch would be ‘Pet Sematary‘.

Is Black Box on Amazon Prime?

Yes, ‘Black Box’ will be available to stream, rent, or purchase on Amazon Prime after it is released on October 6, 2020.

Where To Watch Black Box Online?

‘Black Box’ is only available on Amazon Prime and is currently not on any other streaming platform.

Where To Stream Black Box For Free?

As of today, viewers can only buy or rent the movie as VOD on Amazon Prime. Even for streaming the film using the free one-month trial, you need to have a Prime account. However, we always suggest that our readers pay for the content that they consume.