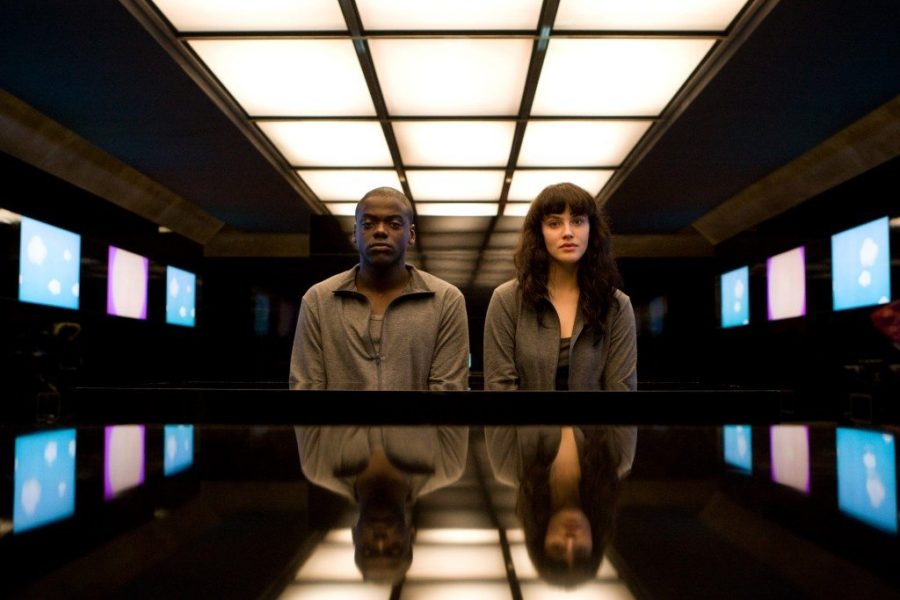 ‘Black Mirror’ is a British science fiction anthology series that is known for including themes of satire, psychological thriller, and tragedy. It has been created by Charlie Brooker who also serves as showrunner along with Annabel Jones. The series first premiered on Channel 4 on December 4, 2011. However, Netflix acquired the series in September 2015, after which it became a worldwide sensation and managed to amaze the audience.

The show is unique with its concepts and dangerously experimental with its storylines and has acquired a reputation for being unpredictable and refreshing with every episode. There is really no continuity in the plot of the storylines, but there is a relation between the underlying themes. It examines modern society, particularly with regard to the unanticipated consequences of new technologies. Episodes are standalone, usually set in an alternative present or the near future, often with a dark and satirical tone, though some are more experimental and lighter.

Brooker’s series is clearly inspired by the much older show, ‘The Twilight Zone‘, and his attempt is to bring out human relationship with technology, showing how it has an effect on us in the present. The series has gained a massive fan following, despite being a thinking person’s show, and their interactive foray in ‘Black Mirror: Bandersnatch‘ was extremely well received. Critics too have lauded the show, saying that the series is almost like an apocalypse of the modern world, profound and desperate at the same time. They also lauded how the show revealed the moral turpitude of modern society.

Black Mirror Cast: Who is in it?

As has been the tradition with all ‘Black Mirror’ episodes, the cast keeps changing with every episode, so there’s no permanence in that regard. None of the previous collaborators on the show are expected to return in the upcoming season. However, over the seasons, the series has had some prominent cast members in various episodes. These include Daniel Kaluuya of ‘Black Panther’ and ‘Get Out‘ fame, who appeared in one of my favorite episodes, ‘Fifteen Million Merits’, Rory Kinnear of ‘Skyfall‘, ‘Quantum of Solace’, ‘Spectre’, and ‘Penny Dreadful’ fame also appears in ‘The National Anthem’. ‘White Christmas’ has the likes of Jon Hamm of ‘Mad Men’ fame, Natalia Tena of ‘Harry Potter‘ and ‘Game of Thrones’ fame, and Oona Chaplin of ‘Game of Thrones‘ fame. Kelly Macdonald of ‘Trainspotting‘ and ‘Boardwalk Empire‘ fame appeared in ‘Hated in the Nation’ along with ‘Doctor Strange’ star Benedict Wong.

Other famous names who have appeared in the show are Miley Cyrus, the pop singer; Andrew Scott, who made his name as Moriarty in BBC’s ‘Sherlock’ and also appears in ‘Fleabag’; Anthony Mackie who plays Falcon in the MCU; and Yahya Abdul-Mateen II, who played the role of Black Manta in DC’s ‘Aquaman’. The cast also includes Topher Grace, Nicole Beharie, Angourie Rice, Ludi Lin, Madison Davenport, Damson Idris, and Pom Klementieff.

Black Mirror Plot: What is it about?

The main plot of ‘Black Mirror’ goes into exploring the relationship between humans and technology, and into a deeper notion of the human psyche itself. It shows us how the calm objectivity of machines can be disrupted when the emotional subjectivity of humanity interacts with it. Mind you, this emotional subjectivity is often the saving grace because in our dependence on technology we cease to be a little less human in our everyday approach and interactions in life.

Over the last few seasons, the show has also laid bare to us some of the core traits of human nature and social conditions which border more on the animalistic than the civilized. One only needs to recall the subsuming of all personal ideology in ‘Fifteen Million Merits’, or the absolute fascination of humans with the idea of a spectacle in ‘White Bear’. Social media validation and how we model ourselves to be accepted has never been captured as well as ‘Nosedive’ shows us.

There have also been episodes which have shown the urge of humans to control various aspects of their lives, be it their children, or their objects of desire. This is best shown in ‘Arkangel’ and ‘USS Callister’. There are also some dystopic and outright nihilist episodes likes ‘Metalhead’, ‘The Waldo Moment’ or ‘Shut Up and Dance’. However, it is not always dark and grim, as some of the episodes have lighter tones and deal with the freeing feeling of love, and show how it is perhaps the best-constructed meaning in a world where all meaning appears to be constructed. This is best captured in episodes like ‘San Junipero’ and ‘Hang the DJ’.

In ‘Smithereens’, we see a man driven to a degree of madness and violence due to smartphones. In another episode titled ‘Striking Vipers’ we see a family man who struggles with everyday life and gets involved in a fighting game. In season 5, Miley Cyrus give us an insight into the hollow adulation of celebrity culture and the way we dehumanize them, while all they seek is a real human connection, much like us.

If another season is ordered, we fully expect ‘Black Mirror’ to return with the trademark combination of darker themes and lighter episodes.

Black Mirror Season 6 Release Date: When will it premiere?

‘Black Mirror’ Season 5 premiered on June 5, 2019. As far as the next season goes, we don’t have any official confirmation yet. Though considering massive success of the show, it would be surprising if Netflix doesn’t greenlight another season. Or it might also produce another interactive experience like ‘Bandersnatch‘. In fact, showrunner Brooker has said that he has plenty of ideas about taking the choose-your-own-adventure format and applying it in different scenarios.

In any case, if the show does get renewed, our best guess is that ‘Black Mirror’ Season 6 will release sometime in December, 2020. The show historically has taken anywhere around 14 to 18 months of production time. So, expecting the next to release anytime before the fall of 2020 would be too optimistic. We will update this section as soon as we learn more.

While we wait on the Black Mirror season 6 new, you can check out the trailer for ‘Black Mirror’ Season 5 below. If you have not seen the series, we seriously recommend you watch it as it is one of the finest mind-bending shows of our times.