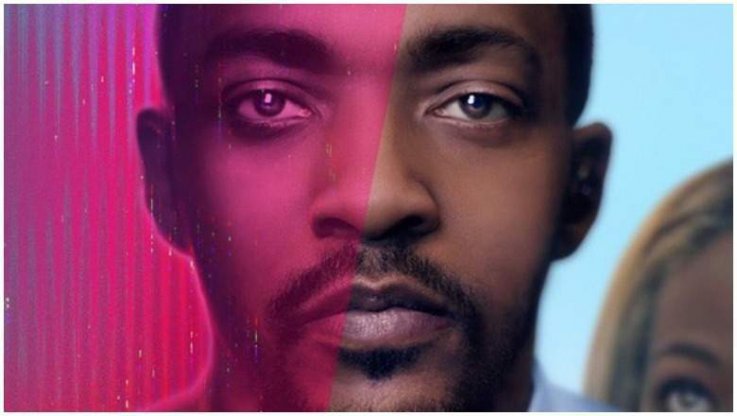 Real and virtual worlds have a clearly defined boundary. For now, at least! The rules of this world don’t apply in the other. But can one keep both these lives separate? In the first episode of its fifth season, ‘Striking Vipers’, ‘Black Mirror’ asks the same question. Is it possible for a person to live two lives and keep them apart? Can your feelings for someone change with the stepping in and out from one world to another? If you haven’t yet seen the episode, you should go to Netflix and do something thinking of your own before coming back to this article. 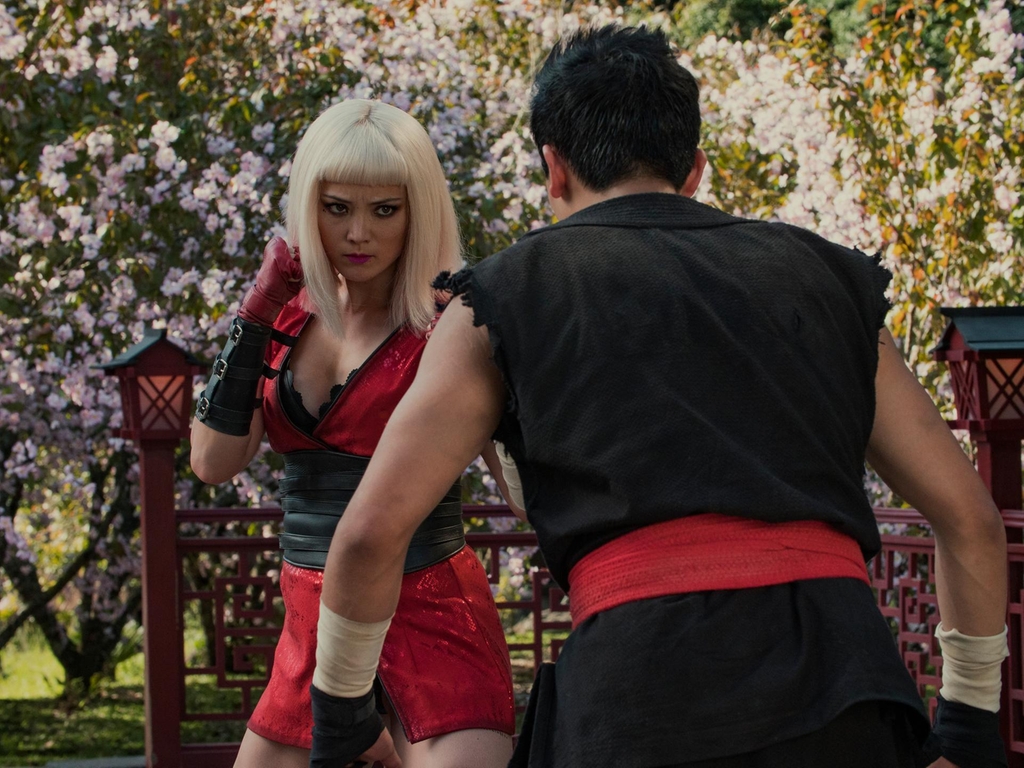 The story of ‘Striking Vipers’ begins with two long-time friends, Danny (Anthony Mackie) and Karl (Yahya Abdul-Mateen II) playing a video game Striking Vipers. Karl chooses to be a female fighter, Roxette (pom Klementieff), and Danny choose Lance (Ludi Lin). They spend the night playing the game. In the next scene, the story picks up eleven years later. Danny has settled down with Theo (Nicole Beharie) and they have a kid.

From what we see, the couple has lost the spark in their romance and the family life has turned bland and boring. Also, they have been trying to have another child. Karl unexpectedly shows up at Danny’s birthday party and we discover that they have lost touch with each other. It has been a year since they last met. Karl is in a relationship with Mariella, a woman almost ten years younger than him. Due to this age gap, he has trouble connecting with her.

As a remembrance for old times, Karl gifts Danny the latest version of the Striking Vipers game. This version indulges the player in a virtual reality where they find themselves in the body of the player that they choose, and the connection makes them feel every kick and punch that they give and receive. At night, they decide to go for a fight. Karl appears as Roxette while Danny is Lance. At first, they enjoy the fight but things heat up soon and they end up kissing each other. This leads them in a confused state. Things get a bit awkward and the next time they admit that it happened because they had been drunk. And then they have sex. 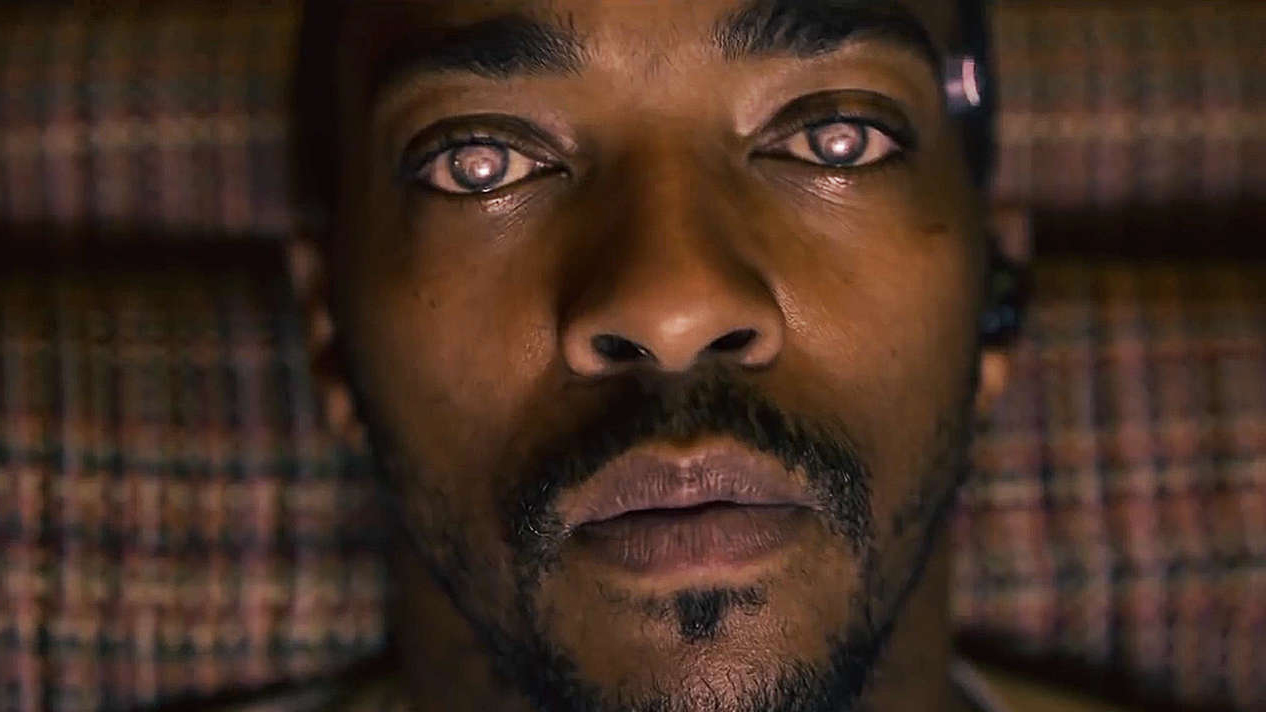 After his sessions with Karl, Danny begins to grow distant from Theo. She picks up the vibe and questions Danny about what he wants from their marriage. This stirs him up and he decides to call quits on his relationship with Karl, who doesn’t take it so well. Seven months later, Theo is pregnant with their second kid, Danny has adjusted back to his normal life and Karl, who has clearly broken off his relationship with Mariella, seems sad and alone.

As a surprise for Danny’s birthday, Theo invites Karl to dinner, believing that the two of them never go the chance to catch-up after the birthday party. Danny doesn’t like it and he confronts Karl about what he is doing, who tells him to play the game again that night. Again, they have sex in the game and Karl blurts out, “I love you”. Danny is now thoroughly confused about their dynamics and in order to clear thing up he asks Karl to meet him face to face. They kiss each other to find out if there really is something between them. However, they don’t feel anything and Danny is relieved about it. But Karl tells him to draw a line between the virtual world and the reality, and that what they have is limited to it. This leads to a fight and they both end up at the police station. Theo comes to take Danny, and in the car, asks him about what happened between them.

In the next scene, we see the couple exchanging gifts on Danny’s birthday. Turns out, they have made a deal. One night a year, both of them get to explore their fantasies. Danny gets to play Striking Vipers with Karl, and Theo goes out to meet with a stranger she otherwise would have rebuffed because of her marital status. A pact has been made and everyone is happy.

Are Danny and Karl Gay? 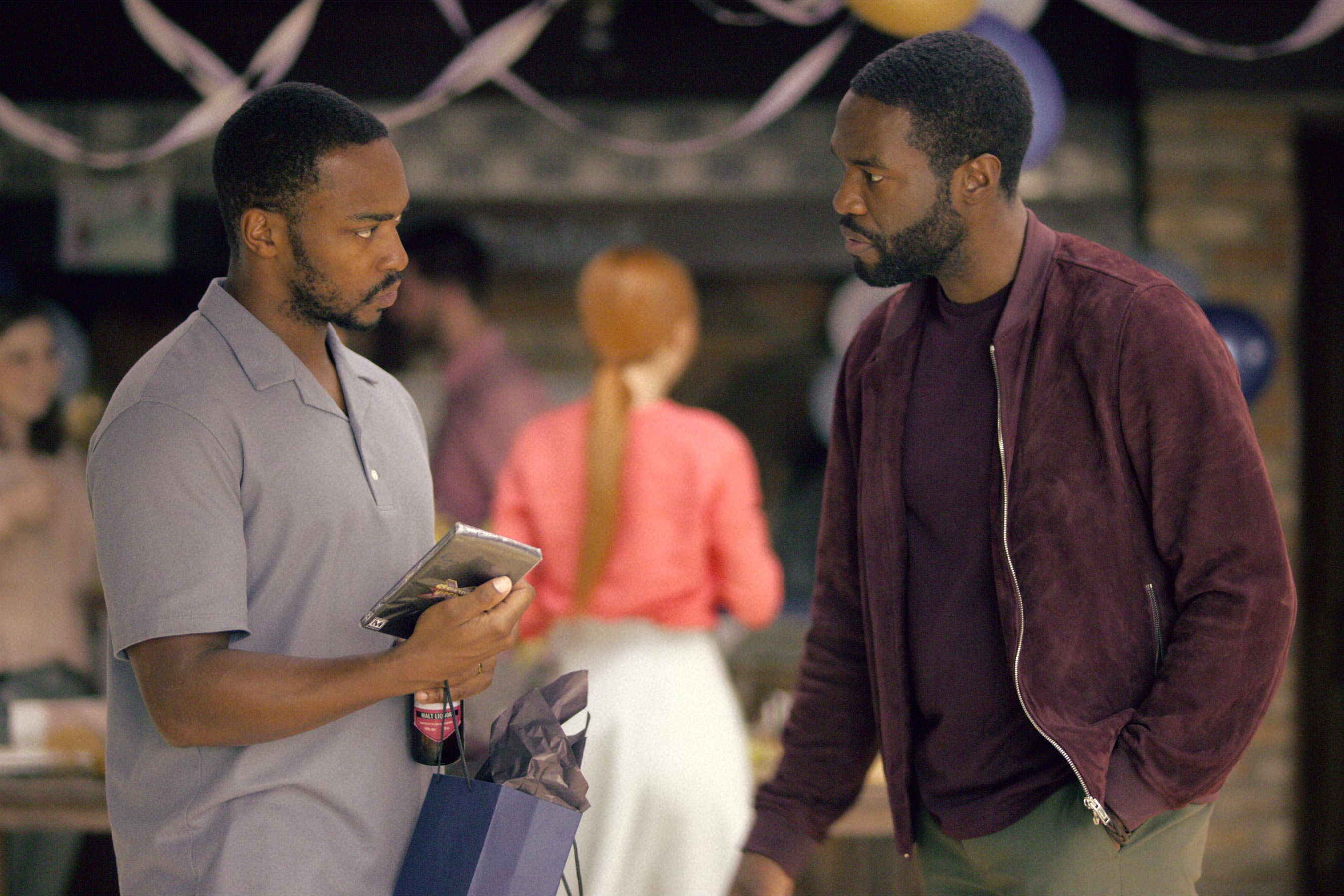 The first time they have sex as Roxette and Lance, Karl says “so that makes us gay”, to which Danny replies, “it doesn’t feel gay”. And that is it. They are not gay. Or at least, they are not on just one specific band of the sexuality spectrum. In reality, they aren’t even bisexuals. Is Danny attracted to women, in general? Yes. We see that twice, when we find him staring at a woman in his birthday party and the one whom he looks at while in his office. Is Karl attracted to women? Yes. As far as we know, he has only been in relationships with women. In fact, Karl and Danny aren’t even attracted to each other as each other! In reality, when they kiss each other, both of them agree to have not felt anything. So, if they are not attracted to each other that way, what does it mean for their affair in the video game? Aren’t they gay then? Technically, no. In the game, they are still having sex as a man and a woman.

I don’t think that we will find an answer to this if we just focus on their sexuality. Them hooking up as Roxette and Lance has nothing to do with them being straight or gay. Both of them are in it for very different reasons. Danny likes it because it is a fantasy. In the first scene, when he is still young and into the dating scene, he tries out things to spice up his life, like role play. But now, everything that has gone dull to the point that he and Theo have sex only because they are trying to conceive. Danny’s job doesn’t provide him a reprieve either. The man is bored out of his wits.

When Karl comes back in his life with the video game, he is reminded of good old times. The game has been upgraded to provide a never-before experienced sensation and this brings excitement in his life. Roxette one of the hyper-sexualised female figures that are a common part of the gaming world. This increases the thrill for him because, technically, it is Roxette he is making out with. Danny doesn’t love Karl. He isn’t even attracted to him. Had it been someone else playing Roxette, he probably would have indulged himself in this form of affair.

The case for Karl is entirely different though. He is in it because he is terribly lonely. He is clearly a rich and successful man but he hasn’t been able to connect with someone. He has sexual satisfaction but when it comes to being in love or bonding with someone, he is failing. Danny has been his long-time friend, and he has a connection with him, but not in a sexual way. When they play the game, in Roxette’s body, Karl finds a way to validate his need for being with someone and he kisses Danny, as Lance. For him, it is more about the chats and the heart-to-heart that they have after the sex. He has had sex with others the same way he did with Danny, but it wasn’t the same. Because he has a connection with Danny, the sex has more meaning for him. In real life, he has none of it. Now that he has found it in the virtual world, he is desperate to hold on to it. Even if it is one single night.

‘Black Mirror’ has always used technology to shine a light on human psychology. In ‘Striking Vipers’, it presents a complicated aspect of sexuality and how virtual reality adds another level to this. The situation that Danny and Karl are in is complicated, and to put a tag on their relationship would be very difficult because the world hasn’t faced such a situation before.